A nice start to the month as we pull out another of our specialities with scraping through with a 1-0 goal.

We always looked good value for this win so it was good to see us pull 2 goals ahead after 83 minutes. was a bit of a gut punch to concede in the final seconds though to give up our clean sheet.

Brewster just can't stop scoring at the moment as we rally in the second half to grab a well deserved 2-1 victory.

Finally the game we have been waiting for all month as I get my first taste of managing a final at Wembely and thanks to an injury we have to bring in young Ronan Darcy to the starting lineup and boy does it pay off as he runs in to the box and toes the ball home from 5 yards out after a terrible fumble from the Swindon keeper. Brewster then adds to it as he just didn't want to be left out. 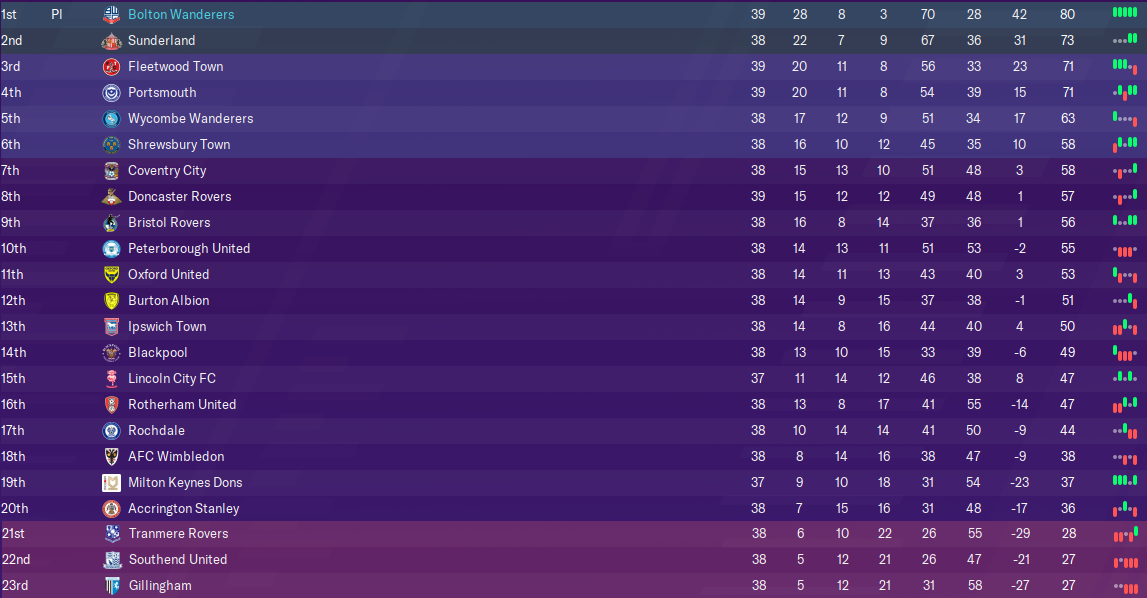 ScottT
1 month
A fantastic month. Success after success, promotion is in your sights!
Login to Quote

Brewster manages to put us ahead twice but sadly our defence can't keep us in it with giving away a terrible penalty when they could of been left as they weren't going anywhere.

A much better performance as we go behind early and then pull it back with a nice late goal to put the league in our sights. 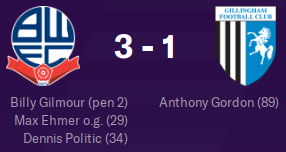 And not only is automatic promotion in the bag but we lift the league title as well as Gilmour gets us off to an excellent start from the penalty spot and it was really nice to do it in front of our fans.

The board haven't be too kind with the budget for the championship but that is thanks to our financial situation so we'll just need to do what we can with it.

A really disappointing final game in front of our fans after lifting the title but I think the players were a little rough from celebrating.

We finish the season on a high here with a sloppy victory thanks to the own goal but it was a good moment for the travelling fans. 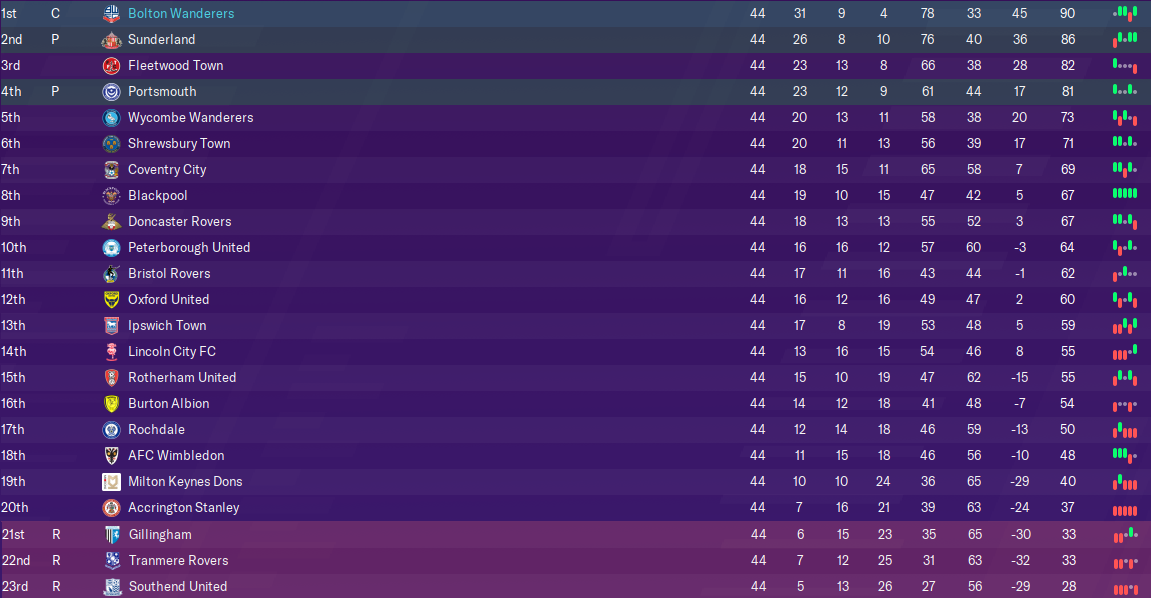 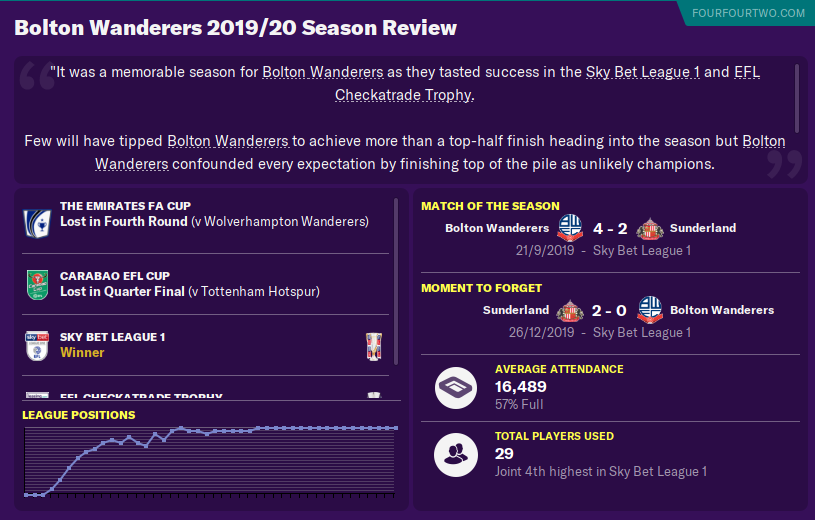 Well what a season. To come back and win the league after starting on -12 points was well above expectations for us and hopefully its the start of something special. We also beat expectations in both of the cups by beating premiership opposition to progress into the further stages.

The average attendance give me hope for next season as with playing in the Championship we should be able to increase this which will help bring in more money for future transfers. 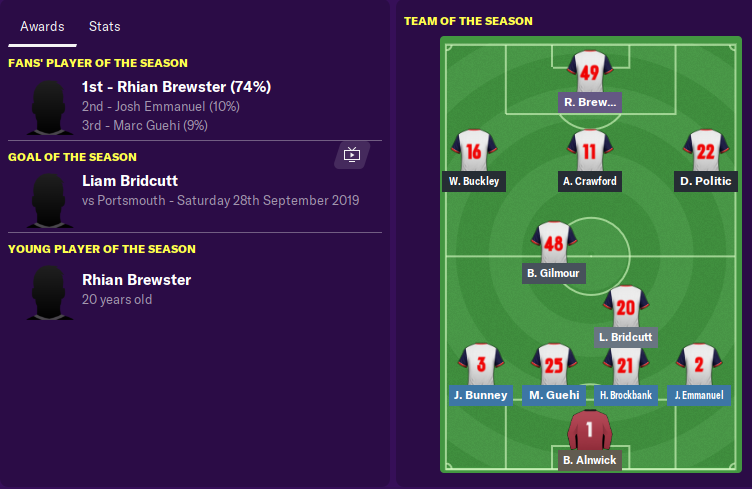 There really was only one player who could win player of the year and ofcourse its the main man himself Rhian Brewster who scored 29 goals across all competitions for us with 23 of them getting him the leagues golden boot. He also gets the Young Play of the Season award. In my eyes even though he was only a loan signing he won the Signing of the Season as well even though that usually only goes to permanent signings. 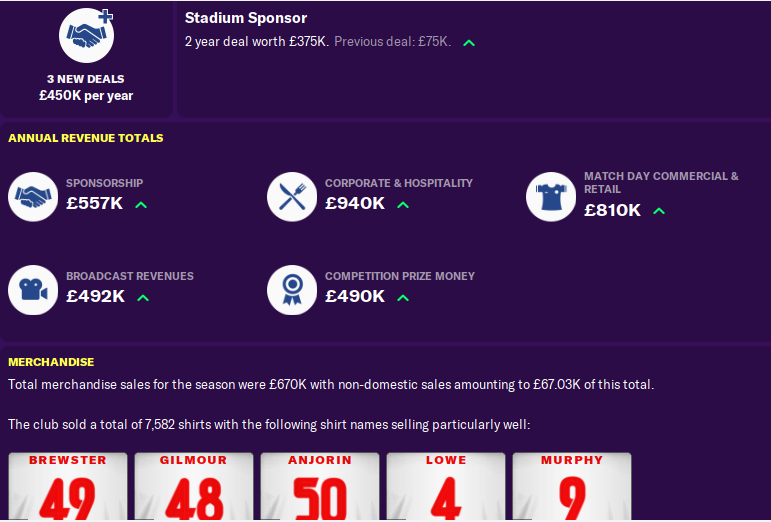 Well it looks like next season is going to be horrendous as we are expected to just do our best to try and stay up which is always good for keeping my job.

ScottT
1 month
An astonishing achievement. Congratulations! Next season is bound to be a tough one... Good luck.
1
Login to Quote

gazza9191
1 month
You've done an amazing job here, trying the same save myself and I'm bottom of the league - 1 Point with 12 games played.

Any tips?!
Login to Quote

Cheers mate. To be honest I think it's all about the formation and getting the defence playing well. I had a shocker in preseason and then changed things up and after that my defence was solid since I had birdcutt just sitting Infront of them to help soak up the damage and Brewster was another difference as he just kept scoring important goals
Login to Quote 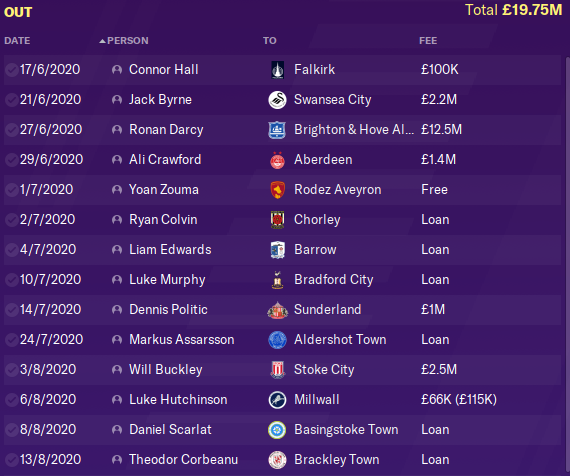 So with the finances so bad we've had to make a sale that I really didnt want to make but Brighton accepted to pay such a ridiculous deal for Darcey I couldn't say no as it would sort us right out. The other big deal was selling Jack Byrne within 2 weeks of him joining the club as he became unhappy as soon as he joined so a number of clubs swooped to activate his release clause. The rest of the players to leave the club didn't really have a futre at the club and would of been back up players at best and running out for the Under 23's team. The only down side is for us brining in over £19 million we only get 15% of any transfer fee so we still don't have much to spend. 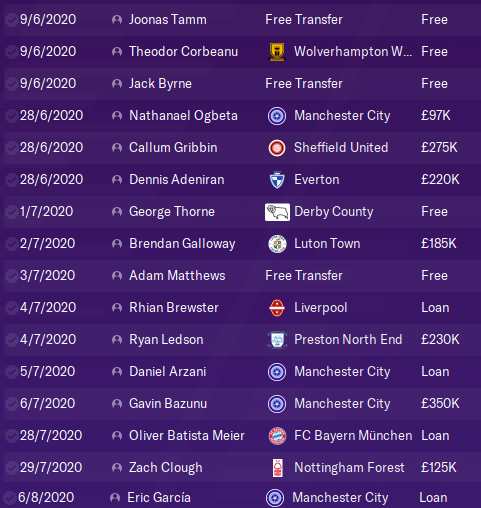 We have been very busy here grabbing bargins where ever we can but I feel we have got a couple of great bargins. Everybody we paid a transfer fee for was on the transfer list. I feel our best signings have been getting Brewster in on loan again followed byy Gribbin, Bazunu. I feel we have done excellent business and managed to build a good squad for making a go of avoding relegation this season.

So apart from the loss against Fleetwood we have had a pretty successful preseason with good results against Wolves and Hertha BSC. 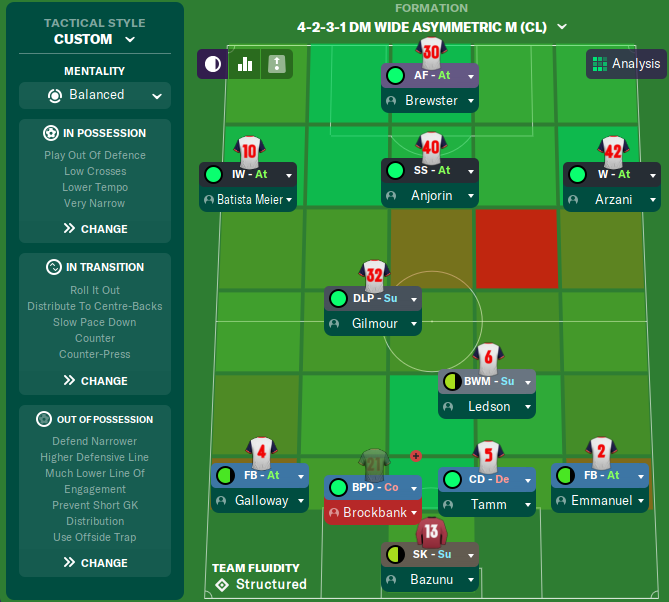 We go with the same formation as last season as the DM really helps out the defence when we play against the bigger teams and we have 4 top class attacking players to get us the goals.

Everything is looking a lot healthier now and hopefully it will continue to grow as the season goes on to give us a better budget for next season.

Some pretty low expectations this season which is good as it means the pressure is off and the team can just go out and play.

With promotion and the players we've brought in there has been a nice boost in the season ticket sales which has helped sort the finances out but it will be good playing infront of a bigger crowd this season.

I'm now tied to the club until 2023 after our promotion and it even comes with a nice pay rise as well.

A solid start to our time in the Championship agianst a strong team who finished 4th last season. Good to see Brewster picking up where he left off.

Such a heart breaking result as we were so good for the majoity of this game until the final minute where we let in a well worked set piece. 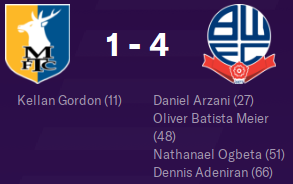 A much better game as we finally get our first win. We rotated the squad here to allow the players a rest since it a busy month and they duly deliver with seeing us throguh to the 2nd round to play Gillingham at home.

Brewster!!!!! he really is putting teams to the sword even in the chmpionship as he gets a first half hat-trick.

We get off to a great start here through Emmanuel and we even take advantage of the sending off to make sure that we walk away with the 3 points.

Brewster is at it again as he gets another hat-trick and this time it only takes him 5 minutes to give us another very well earned 3 points.

Brewster doesn't care who he plays against he just wants to prove to Liverpool he can score.

Brewster sits this game out to give other people a change at getting some goals and Emmanuel plays a blinder as he grabs 2 goals from the right back position. 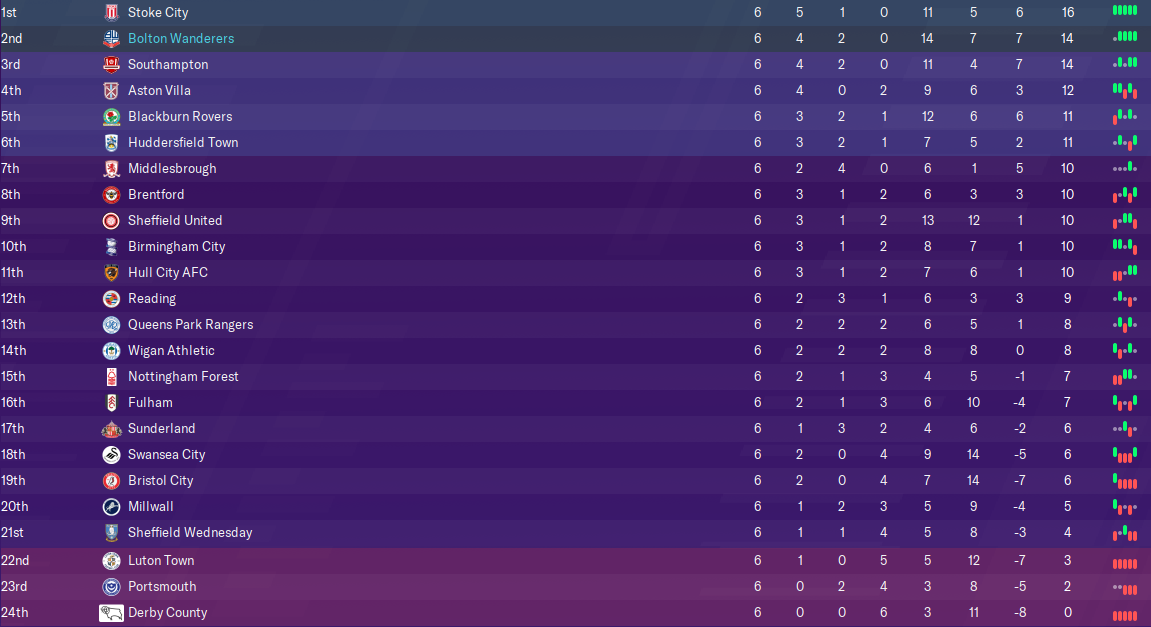 ScottT
1 month
You continue to amaze me. What an excellent start!
1
Login to Quote

leckuno
1 month
Sorry guys the story has come to an end. Seems to be far to easy. Managed big wins against Villa and Southampton that came down and when its this easy you just lose interest so will be looking to see what to do next
Login to Quote

Look forward to what's next for you.
2
Login to Quote

Trotman9165
1 month
Shame! impressive tho mate. a tactic to keep that is for sure!
1
Login to Quote

nextqprmanager
1 week
Interesting read thanks, since Ive just started my first FM20 save as Bolton, as a challenge from a mate managing Scunthorpe. In your great save, did you change any of the staff?
Login to Quote

You are reading "The Rise and Fall of Bolton Wanderers".