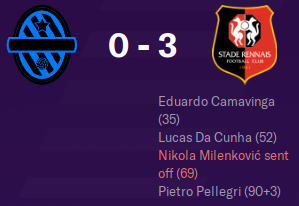 A nice start to our qualifying campaign as our two local youngsters get us a nice lead before new signing Pellegri scores on his debut.

We get off to a lucky start in the league here as it was always going to be a tough match and to be honest a draw would of been a fair result here but we'll take the 3 points.

We are really made to work for the draw here. Just lucky we had the 3 goal advantage going into this game. 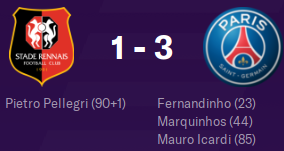 With the game coming just 2 days after facing Brugge and players still at the Olympics PSG just played us off the park and there was only ever going to be 1 winner.

Haaland comes into the team for his debut and gets us off to a great start. the goal after half time made things a lot tougher but thankfully local lad Gelin gets the all important second to give us the advantage going into the second leg. 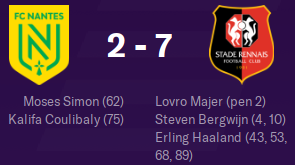 What a win. We get off to a great start with Majer slotting home from 12 yards out. Bergwijn makes a goal scoring debut as well with 2 quick goals. Haaland really showing what he can do in this league with a fantastic 4 goals.

A really broing game here but we do enough to make it through to the group stages of the champions League. 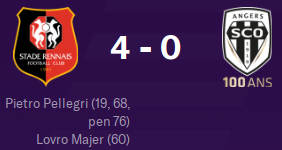 We rotate the squad a wee bit here and boy Pellegri is showing that its not to be all about Haaland. I wonder how they would do if we played 2 up front.

Well if there was ever going to be a group of death then this is it. I think 3rd spot is going to be our aim here with 4th spot being more realistic.

Imagine I'm just hoping that the new signings backfire with not having any experienced players.

walkinshaw He had a great season for us finishing up with 21 goals in the league finishing 1 goal behind Neymar for golden boot. Also helps when they make a bid an you keep increasing it until they finally accept it.
Login to Quote

Griffo
6 days
FC Nantes must be feeling a little sorry for themselves... DAMN!
Login to Quote

ImThatSybGuy
6 days
Tough draw in the CL, but I'm sure you could potentially create an upset
Login to Quote

walkinshaw
5 days
Nice work in getting that fee I didn't really give him much game time as i used Niang as a Pressing Forward and I only got 400k for Hunou lol.
Login to Quote

leckuno
4 days
Sorry guys lost this save game the other day as the laptop was on the wrong side of me getting some bad news. So new laptop will have to sadly mean a new save
Login to Quote

That's a shame mate but more so hoping your all good if news was that bad mate.
Login to Quote

That's a shame mate but more so hoping your all good if news was that bad mate.

You are reading "Welcome to Stade Rennais FC a Youth Challenge".