The beating heart of the North East.

Once a club that walked with giants, now a club that fights unglamorously each year to circumvent relegation. Each week, tens of thousands of perfervid supporters gather at St. James Park, the cathedral on the hill, in desperate hopes that their dreams can be realised. Dreams in which Newcastle United reclaim their place in football's elite - a position out of their reach for the best part of a century.

Having let a near-guaranteed shot at the title slip through their fingers in 1996, Newcastle have failed to win a major title or trophy since 1955; a drought of over six decades. Now 12 years deep into Mike Ashley's tenure as owner, Newcastle have lost perhaps their greatest asset in Rafa Benitez, and a blanket of pessimism has fallen over the toon army. With little hope in sight, Newcastle are named among the bookies' favourites for relegation - and the boots of Benitez are left unfilled.

walkinshaw
1 year
A good introduction mate look forward to a the next installment.
1
Login to Quote 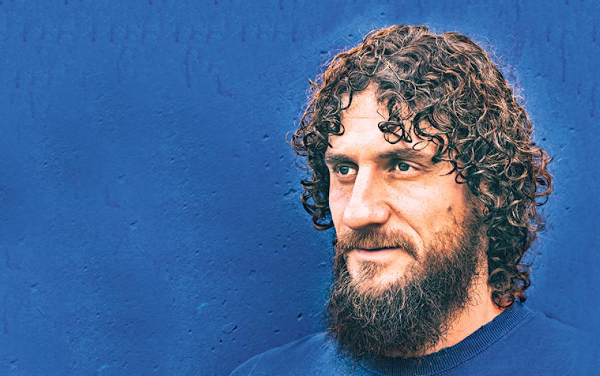 Following persistent rumours, Fabricio Coloccini has signed a two-year contract with Newcastle United as head coach, with less than two weeks left before the close of the transfer window.

Coloccini made 246 Premier League apperances for Newcastle United between 2008 and 2016, captaining the club from 2011. His newly announced position has been met by divisive response from fans.

Whilst some supporters have welcomed the former defender back to the north east with open arms, many have criticised the board, describing the appointment as "unambitious" and "lazy". Coloccini is yet to manage or even coach on a formal basis.

The announcement follows a turbulent saga that started with Rafa Benítez's departure at the end of June. Steve Bruce was understood to be the board's first choice to succeed Benítez, but the parties failed to come to an agreement despite Bruce's resignation from his role at Sheffield Wednesday. The club's second and third choices are also believed to have fallen through.

With exactly two weeks left before the close of the transfer window, Newcastle's business so far has been solely conducted by the board. With the arrivals of Joelinton, Allan Saint-Maximin, Andy Carroll, and Emil Krafth, it is understood that Coloccini has been told to focus on readying the team tactically, with Newcastle's transfer business done.

The 37-year-old is only 3 months retired, having last played for his boyhood club, San Lorenzo.

"I am delighted to return to a club I feel a very strong connection to," the Argentine said in a brief interview following the announcement. "I have a lot of ideas and plans for the direction the team can go in, but we have a lot of organisation to do, so I will be headed straight for the training ground."

With Coloccini's arrival comes a staff overhall. Neil McDonald, formerly of Crystal Palace and West Ham, has joined on as Assistant Manager. Spanish coaches Xavier Tamarit and Javi López have joined the club from Leganés and Sporting Gijón, respectively, and Argentine coach Turu Flores has joined from Las Palmas.

Coloccini will take the helm in his first game as manager on Sunday's home friendly against Notts County.
Login to Quote

TheLFCFan
1 year
Interesting choice in manager for Newcastle. Hopefully his career as a manager goes better than his last couple seasons at Newcastle as a player.
1
Login to Quote


That's the idea! No big names here. Thank you.

2020-01-20 13:02#265568 TheLFCFan : Interesting choice in manager for Newcastle. Hopefully his career as a manager goes better than his last couple seasons at Newcastle as a player.


Thanks! He didn't excel right up until the end, but for a couple of seasons I'd have honestly put him in the conversation for the best 11 in the Prem.
Login to Quote

ScottT
1 year
An interesting appointment given Coloccini's lack of coaching expertise. However, he is perceived as a cult hero amongst those parts. Could this gamble work out? I guess we'll find out!

Glad to see you back too, mate.
Login to Quote

Griffo
1 year
Good to see a Newcastle story on the forum again, Coloccini as manager as well.. I am following!
Login to Quote

Jack
1 year
Great to have you back here mate! Certainly an interesting choice going for a former fan favourite, especially seeing how Ole has turned out at Old Trafford...
Login to Quote

Justice
12 months
Good to see you back, good luck!
Login to Quote

You are reading "Monochrome: A Newcastle Story".