Monaco was always an interesting club. Spoiled by the youth yet slandered by talent. They have a great transfer balance, a great squad, but yet never have gotten back to the CL prime. Of course the 19-20 season might prove me wrong, but the 18-19 season surely hasn't. Placing 17th!? Almost got relegated, and a name such known like Monaco you would never expect them to barely not get relegated. Well my job is to change that, make Monaco the powerhouse they should be. With a better pc that doesn't go as slow as a turtle, a new look into the game, some good signings, and some injury luck, we have a good team in our hands!

To Be Continued....
Login to Quote 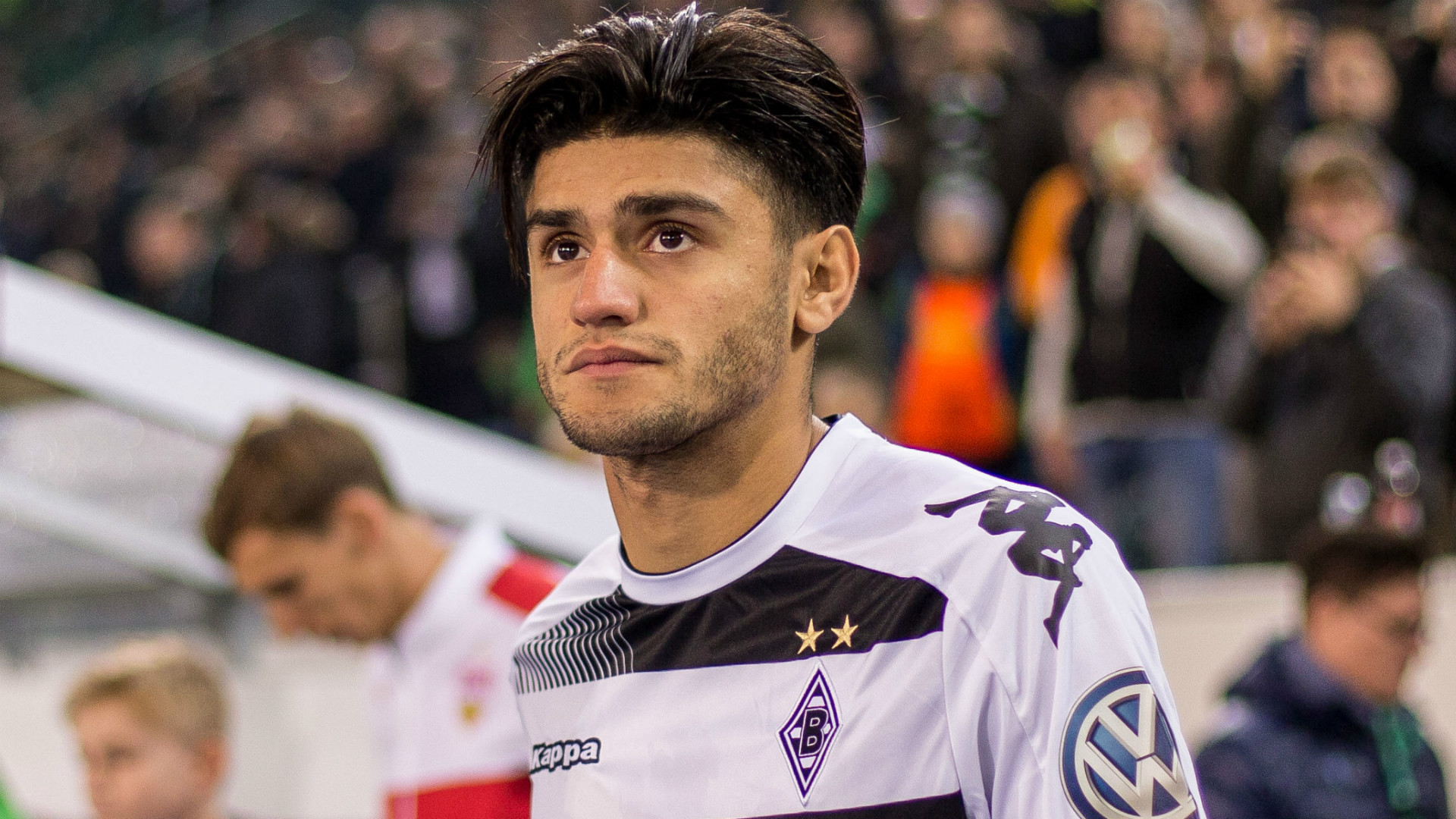 Weird, I never expected Mahmoud to join us of all teams. I took a shot in the dark and it actually worked! The kid started off at M'gladbach, just about last year he joined in with the Yellow Brick Wall. He has never actually been a goalscorer in Borussia per say. Sure he can play ball like nobody's business but when he went to Dortmund I knew that the fans and the team wanted him to score, but that's not actually how I want Dahoud to work. I want to fit him to play more of an Assisting role, not expecting him to do marvels but I am expecting him to set up said marvels. My main target is defense but 18.25 Million for a 22 year old who can be in the lead in terms of assists is certainly what I like. The interesting part is that all around France is trying to snatch players from the Bundesliga. PSG signed Mahmoud's former teammate Raphael Guerreiro right before us, and i'm hoping that stirs a bond between the two and not bad blood. Mahmoud is a nice lad as well, just had a chat with him on joining. He knew that his past club didn't give him much of a chance, so here would just fit better with him. Well, i'm running out of Ink, i'll see you all if and once I lock in hopefully a defender. - The Manager
Login to Quote

ScottT
11 months
A very good signing. I'm sure he'll be an excellent asset to have.
Login to Quote

KekFM
11 months • Edited
Player Focus: Returning
Before we get into the new players I have aquired, I want to talk about the people that will return and the storylines that follow them, first.... 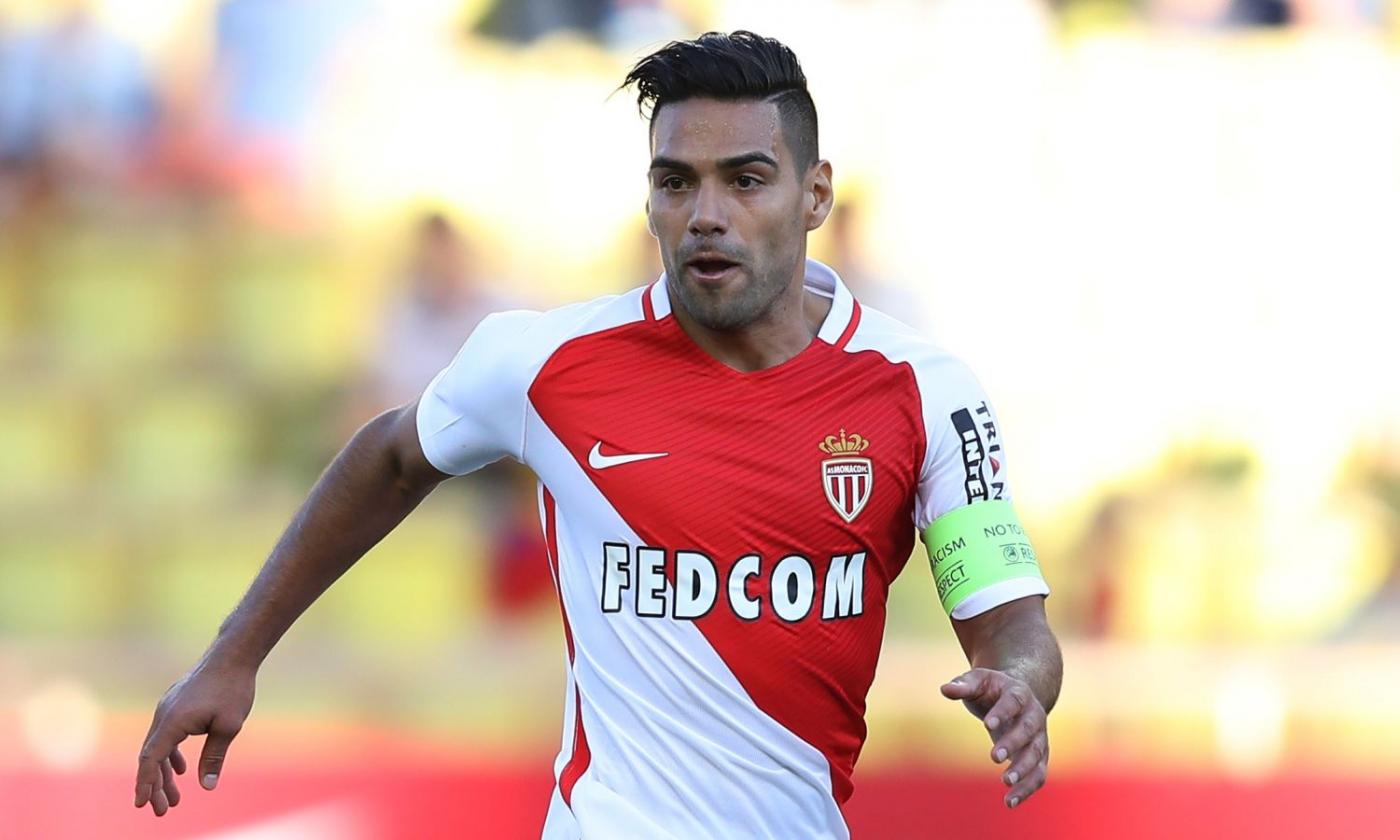 Ramadel is on his last legs. He's 33 now, and if he is 33 I would expect he is retiring soon. If he performs good, he will stay. Meanwhile if he flops it's going to be a long and sad trip to the transfer list for him. The deadline for him to show me what he has is January 1st in which I would look for a younger striker. Maybe I could put Radamel at the staff if he does want to retire actually, though I know he most likely wants himself to stay for a few more years. I mean he plays solid as a placeholder, not anything so special, but he can still play ball. I kind of want his form back when he was a younger player. Always thinking about the story of what he could of been haunts me when buying the young. It's all up to Falcao now though....

I'm thinking of setting up a pairing between Dahoud and Telemans. It's always good setting up a new pairing and the two are young and recent transfers who play in midfield. He started at, and I will butcher this, R.S.C. Anderlecht, and became one of FM's latest top wonder kids. As a plus if they do work out my midfield is set for many years!

I Await the New Transfers
Login to Quote

KekFM
11 months
If Only It Could Matter

Ah, it's time for friendlies. It's either the best or worst time of the year. You use it as a ruler for where you are at in the year, I'm expecting us to compete with the big boys this year. Lyon, PSG, Lille. In fact, we play PSG right now, the Champions Cup. Let's see how we did

Rony Lopes is a god. I'll bring this up later but Rony carried the team all on his back. Though, we played Birmingham. I expect to win to Birmingham of all teams, but not the way we did. You never give out 2 points against a most likely. Chemnitz meanwhile was a smashing. We didn't give up any goals, we scored plenty, we kept the line in check, overall a great match. Cercle is about the same expect the fact we cracked just a bit. A. Madrid like us didn't have their full squad since vacations, but the way this is different is the fact that Aletico has depth. We don't know what that work means. Thankfully our lord and savior Rony Lopes saved the day netting one in to keep us in check. Now, that PSG Game. That game was all our main teams ready to fight, and our defensive mentality pushed us all the way to pens. Even on pens only one of our players missed. Even though we lost the battle, as to see how we are going for the start of the season, we won the war! 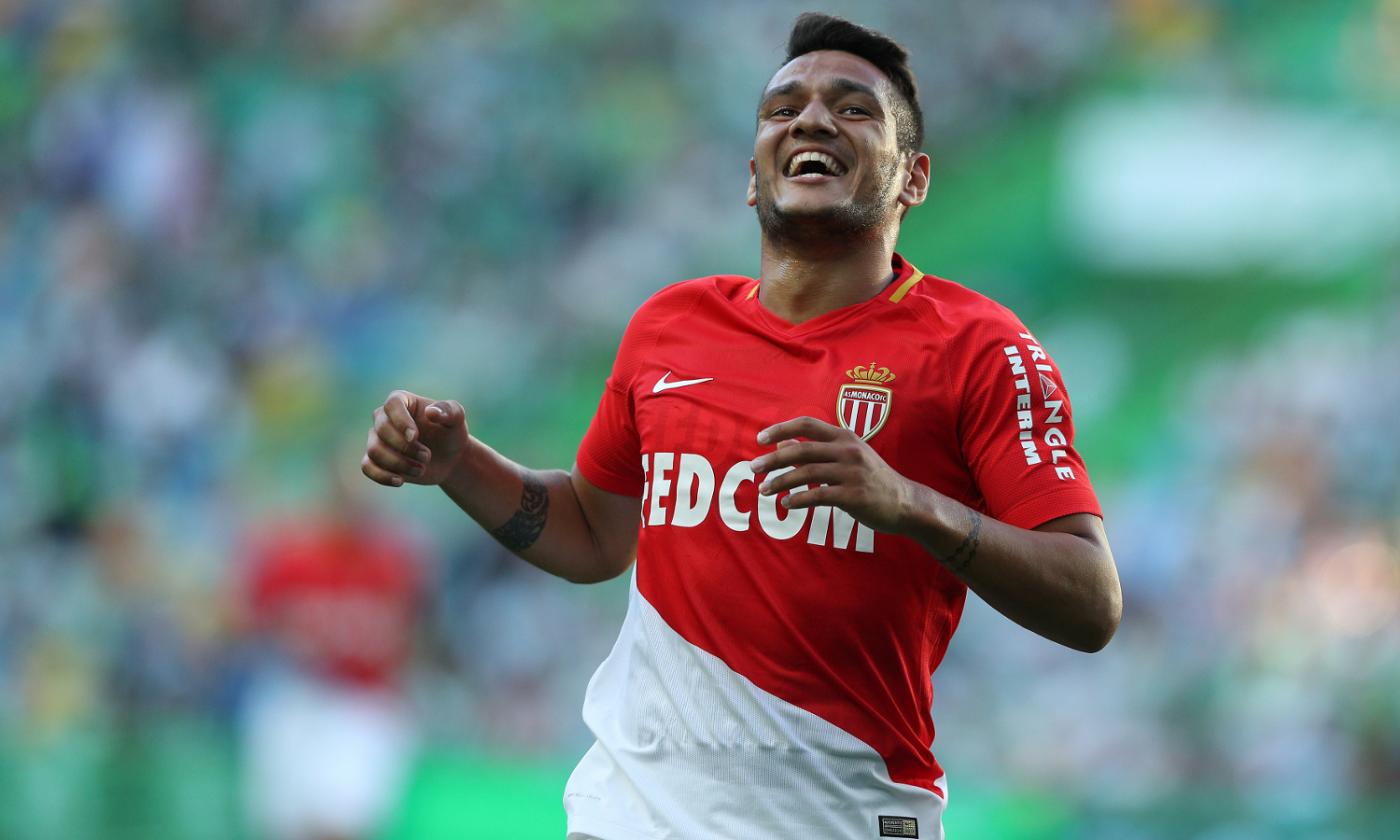 Our savior Rony Lopes (Above) awaits you Paris....
Login to Quote

ScottT
11 months
Unlucky against PSG, but some encouragement can be taken from the result. Lopes is a terrific player and will be pivotal to your success.
Login to Quote

Justice
10 months
Good luck with this!
Login to Quote I wish this window would of gave me the sale. The sale of the big fat cow. I wanted him out all of a sudden. It was a feeling that I had to. I was confident as well since I knew people would offer for him. Yet nobody would. Instead I had to try to shop him out and when I found a deal he always rejected the team. The good part of this is the transfers we got in. I already talked about Dahoud, so I'll focus on the two defenders in this window: Mazraoui and Hermoso.

Mazraoui was a weird choice at first. If the rumors just said "Monaco in to sign a Moroccan player from Ajax" everyone would be shouting to the lord of transfers that Monaco were signing the prodigy named Ziyech. Instead we got Mazraoui. I was looking for a defender this window. I wanted a young one with promise for the future. Here comes Mazraoui, an overlooked Ajax defender who I knew had a drive. So far he tops all members for training rating, always around the 7.5-6 range. I'm not starting him this season other then cups, but I wonder how this is going to go. I'm hopeful he can be starting talent in one or two years, but we will see. Naldo is getting really old....

Hermoso is worth 30 Million. With bonuses we got hime for 18.75M. Hermoso is 23, has a history in La Liga, averaged an 8.20 rating for the 18/19 season for Espanyol, and he can be here long term. Hermoso is the CORNERSTONE of the defense alongside Jemerson. Monaco fans were livid with this deal, in a good way. I saw people flock to stores as soon as we announced the jersey was released. Guess it's the Monaco way. And the ink is running out again, i'll see you guys soon with the monthly recap.


Our budget is awaiting you Falcao
Login to Quote


Thanks! Hoping they help! Also, thanks for always checking in!


I can only hope!
Login to Quote

Imagine
10 months
Monaco are definitely in need of some rejuvenation, hopefully you can provide them with that.
Login to Quote

It was an interesting day for me. At least opening day. We beat Nantes, we felt great! Then we faced Lille, which started this month's trend. Scoring in the '90+3rd minute. I would of taken a draw, but instead the luck demons had to strike us. After taking that loss into account, we faced Bordeaux. Bordeaux was down late, 90+3rd minute and then something bad happened.... THEY SCORED! Holy hell at least Marsille didn't pull this stunt. The draw hopefully ended this curse that has been put on us, let's hope. 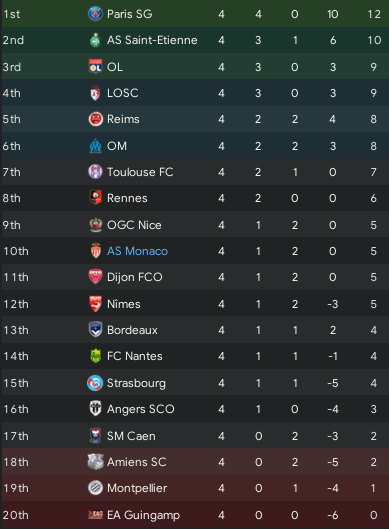 Hopefully we jump in the top soon. We are in the top half, but not by much. We need to run the motor, and I hopefully Bayern doesn't kill out hopes.


NO POTM, WANT TO WAIT ANOTHER MONTH BEFORE I START FULLY EVALUATING
Login to Quote

ScottT
10 months
Hopefully you can stop leaking goals so late on in games quickly.
Login to Quote