Zed
2 years
Hope you get through the tie against Juve, because doing so will probably see you through to the final! I'm confident you'll be able to beat Juve, though they're a very strong team.
Login to Quote 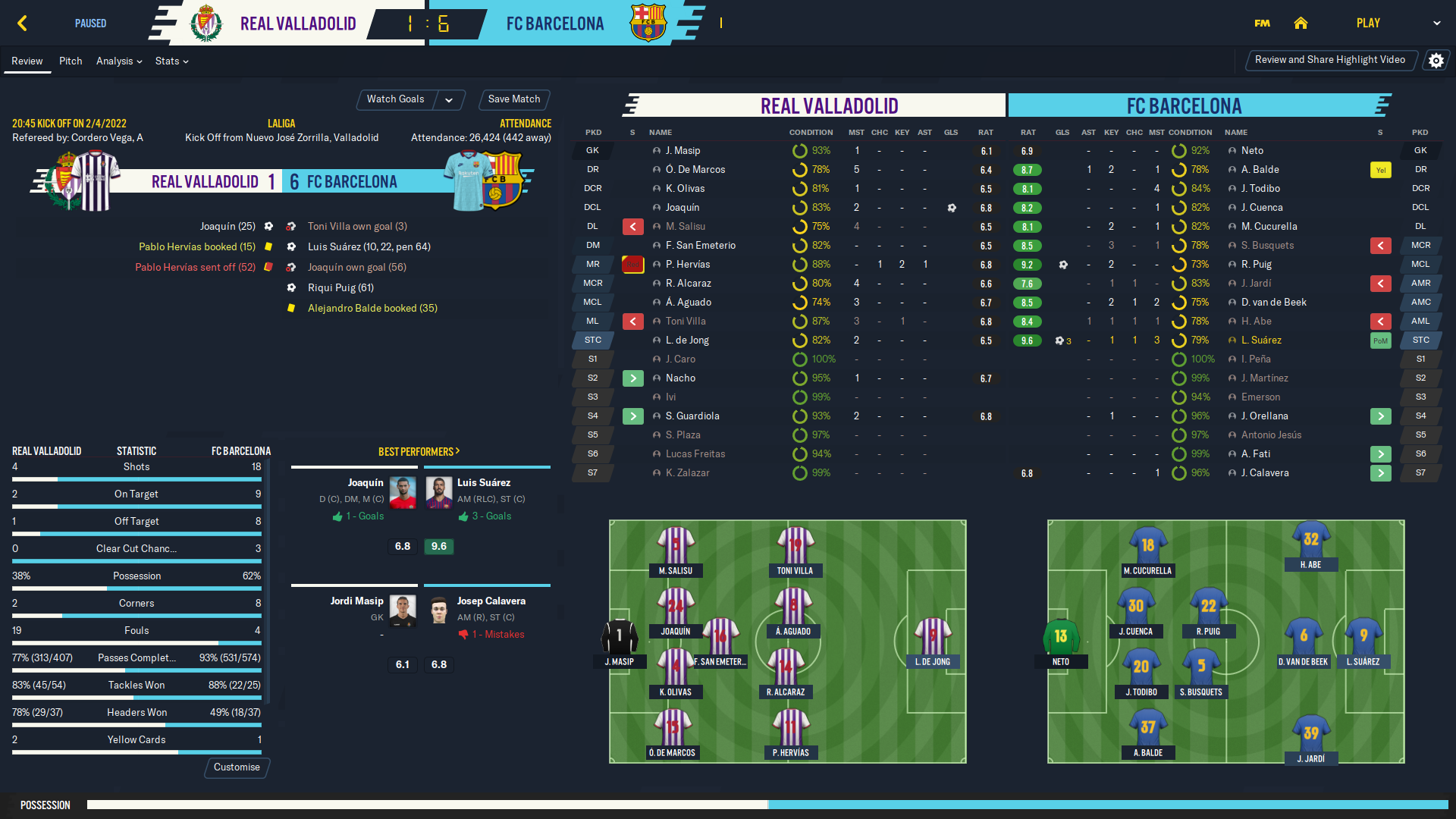 Barcelona humble Valladolid to take them within 10 points of the title!
A catastrophe of errors made it easy work for a much rotated side, as the CL holders look toward Juventus midweek. Chances where made available for many B team players, who certainly took that and proved the level they are at. 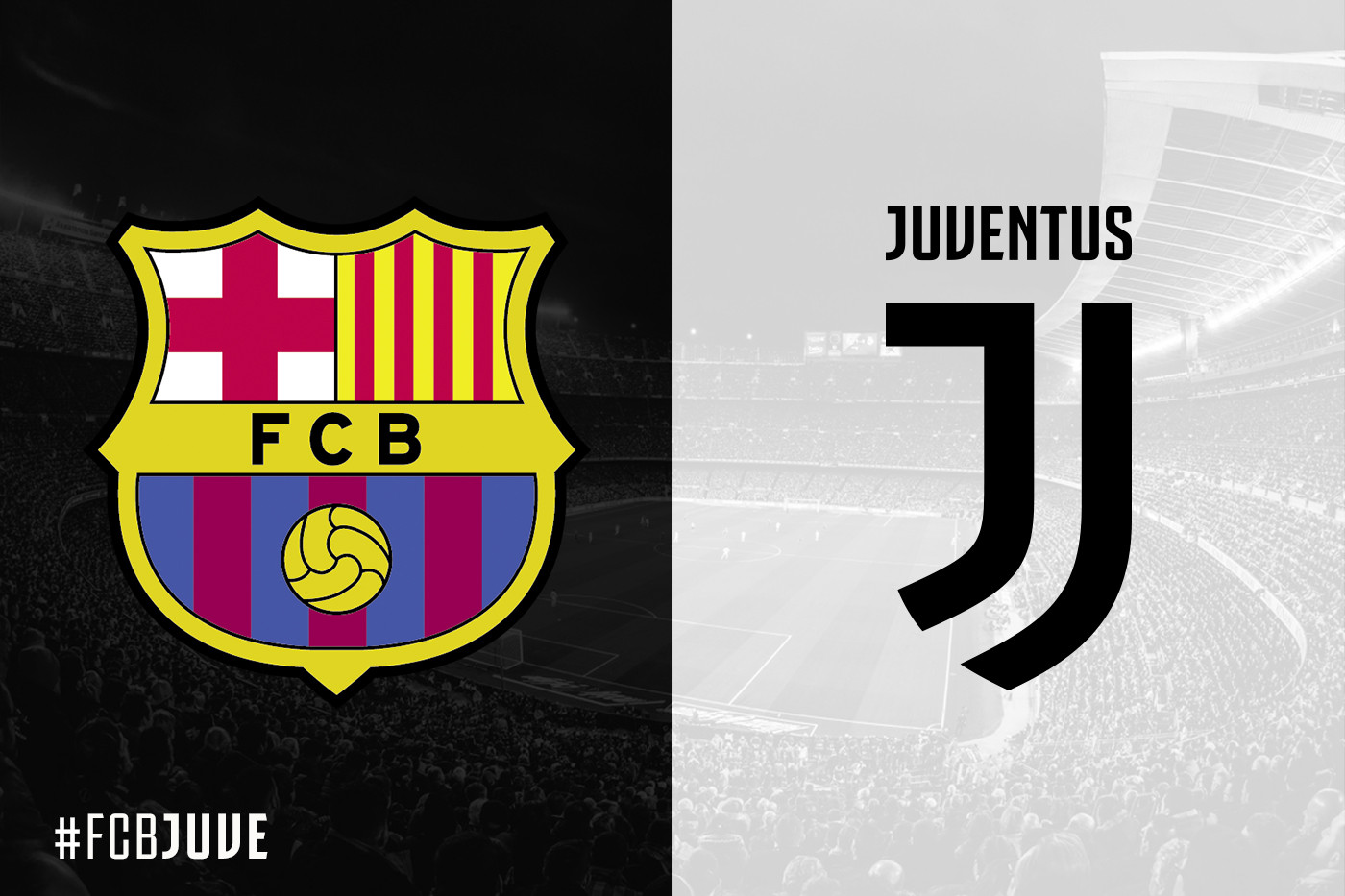 A huge CL fixture for the World tonight as Barcelona face Juventus.
Much bigger than that for a lot of football fans out there is the Messi Vs Ronaldo rivalry returns, with the players last facing off on 6th May 2018 in a 2-2 draw.

It’s a huge matchup between 2 of the tournaments favourites this season and a chance for Ronaldo to once again cause heartache to Barcelona fans, in the competition he made his own in his time at Real Madrid. Barcelona take what should be an unassailable advantage to Turin!
Fornas’ side showed their class in a one sided affair to define them as the team to beat this season. The debate prior to kick off was which of the 2 greats of this generation would leave their mark, but by the end all the talk is of the new superstar. Kylian Mbappé!

Many Barcelona fans leave with the thought. Is this better than Pep’s team of 2008-2012? Although Borja Fornas has only led them for 1 full season!

Pedri one of the only players to keep in the XI for this one and he proved why he is now so important to this team. 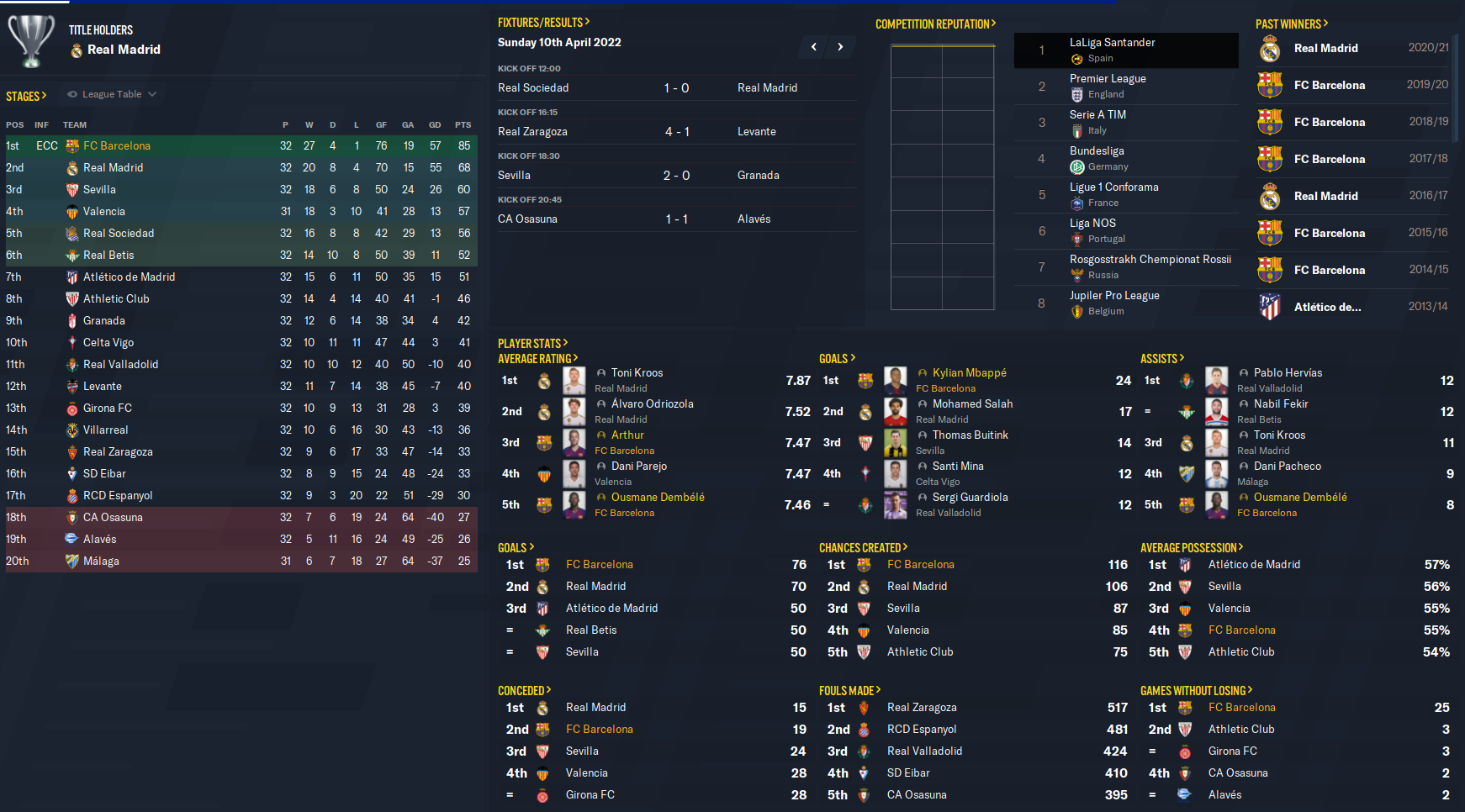 Real Madrid loss means Barcelona need just one more win from their remaining 6 games to be crowned champions for the 28th time! 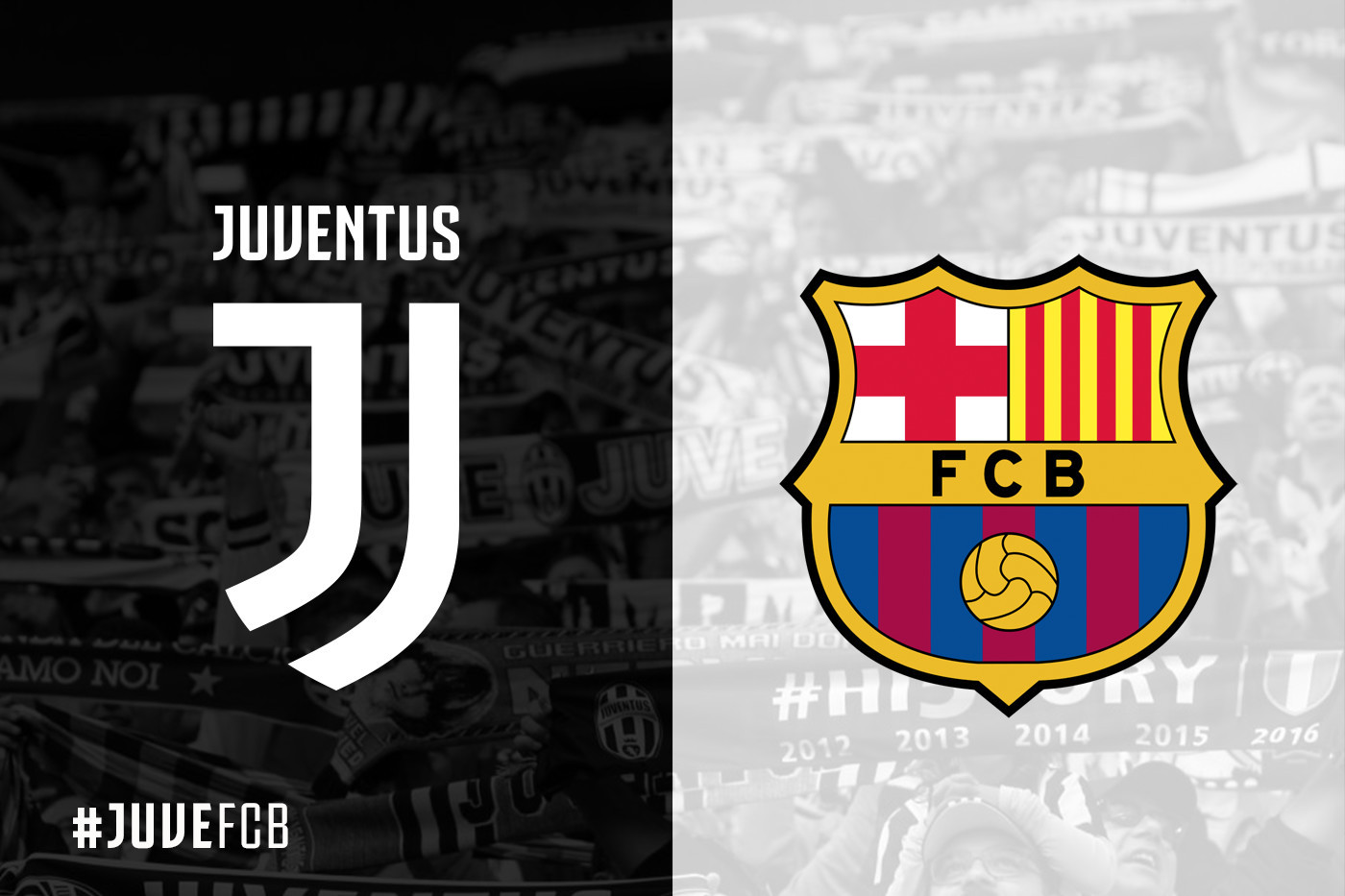 Juventus will have to cause one historic comeback to turn this tie. Barcelona know (like they have a few times) that 1 goal will send them to the SF’s for the 3rd consecutive year. 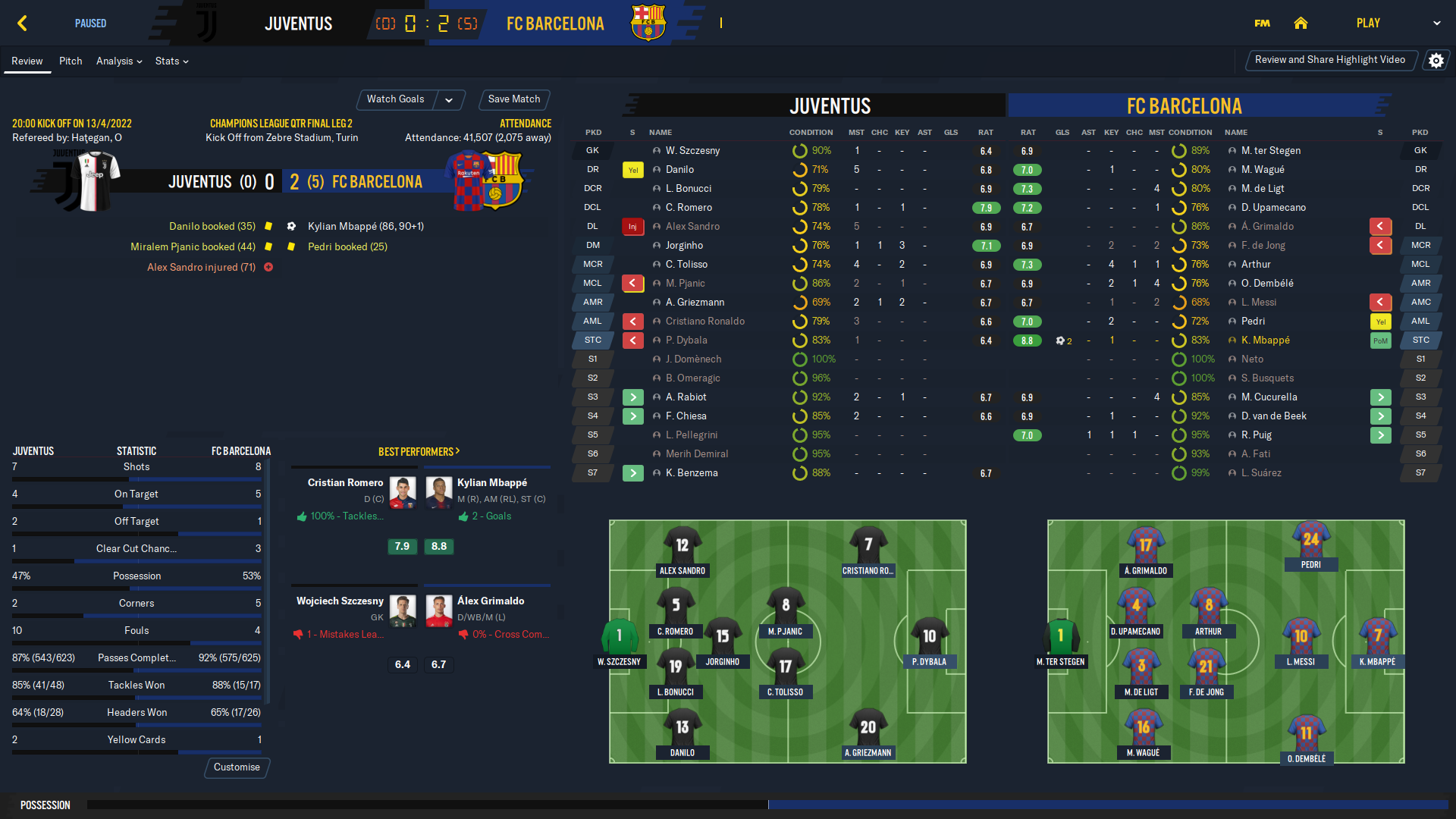 A game that showed how well this FCB team can control a game and defeat any chance of a comeback. Mbappé made the home team pay for their late attacks, but it was wrapped up long before then and Barcelona march on.

ScottT - It's the luck of the draw.

Zed - Your wish is my command

ScottT
2 years
Barcelona appear to be reverting back to their previous dominance and perhaps even showing signs of surpassing it, if that is even possible! An absolute drubbing of Juventus. Lyon better watch out.
Login to Quote

2020-06-07 14:48#273475 ScottT : Barcelona appear to be reverting back to their previous dominance and perhaps even showing signs of surpassing it, if that is even possible! An absolute drubbing of Juventus. Lyon better watch out.


It's looking good!
Now I think there should be a rule against signing Mbappe.
Login to Quote 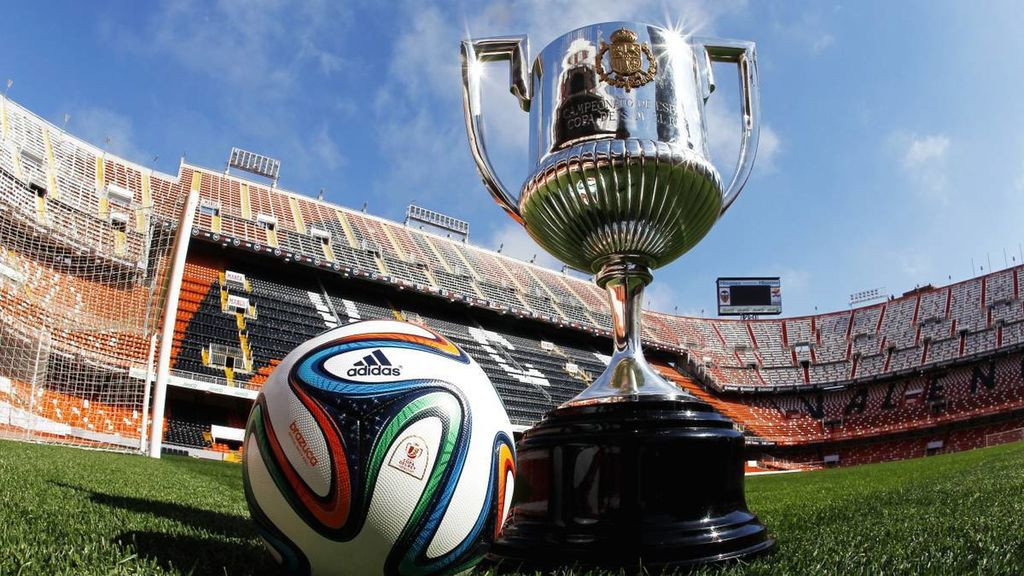 The first final meeting between these two sides since 1996! (Atlético 1-0 winners AET

It is a much bigger game for Madrid in the hope of saving their season, they sit 7th in La Liga 6 pts off the CL places. Their opponents are a Barcelona team fresh off qualifying for another CL SF, and it’s just a matter of time before they win La Liga again.
Good news for the capital side as Messi will miss the game after the injury vs Juventus. The clubs report say it's likely he'll miss the next few. Barcelona win their 31st CDR title and 5th in the last 8 seasons, continuing their domination of the ‘King’s Cup’ and ending a 3 year absence from this stage.

The tie lost its competitive edge as soon as Barcelona took the lead through a penalty. The Catalan side dominated in the end with 13 shots on target and a presence that was too strong for their opposition.

Borja Fornas – "We continue to do things well and I’m happy that we have been able to bring this title back to Barcelona and show everyone what it means to us to win such a prize. The players deserve immense credit to keep up that intensity just days after a CL SF, we looked fresher than Madrid and it’s our job to push through until the very end of the season."

Barcelona face another quick turn around as on the 19th they face Espanyol needing just 3 points to win back the La Liga title!

Zed
2 years
Not just a win, but a very dominant one at that! It's looking to be a very nice season!
Login to Quote

ScottT
2 years
You're beating some of the elites with absolute ease.
Login to Quote FC Barcelona win the La Liga title for the 28th time and now trail Real Madrid by just 6!
In a display of Spanish football dominance, their latest title means they have won 12 of last 18 titles!
Lionel Messi joins Francisco Gento with 12 titles to his name. 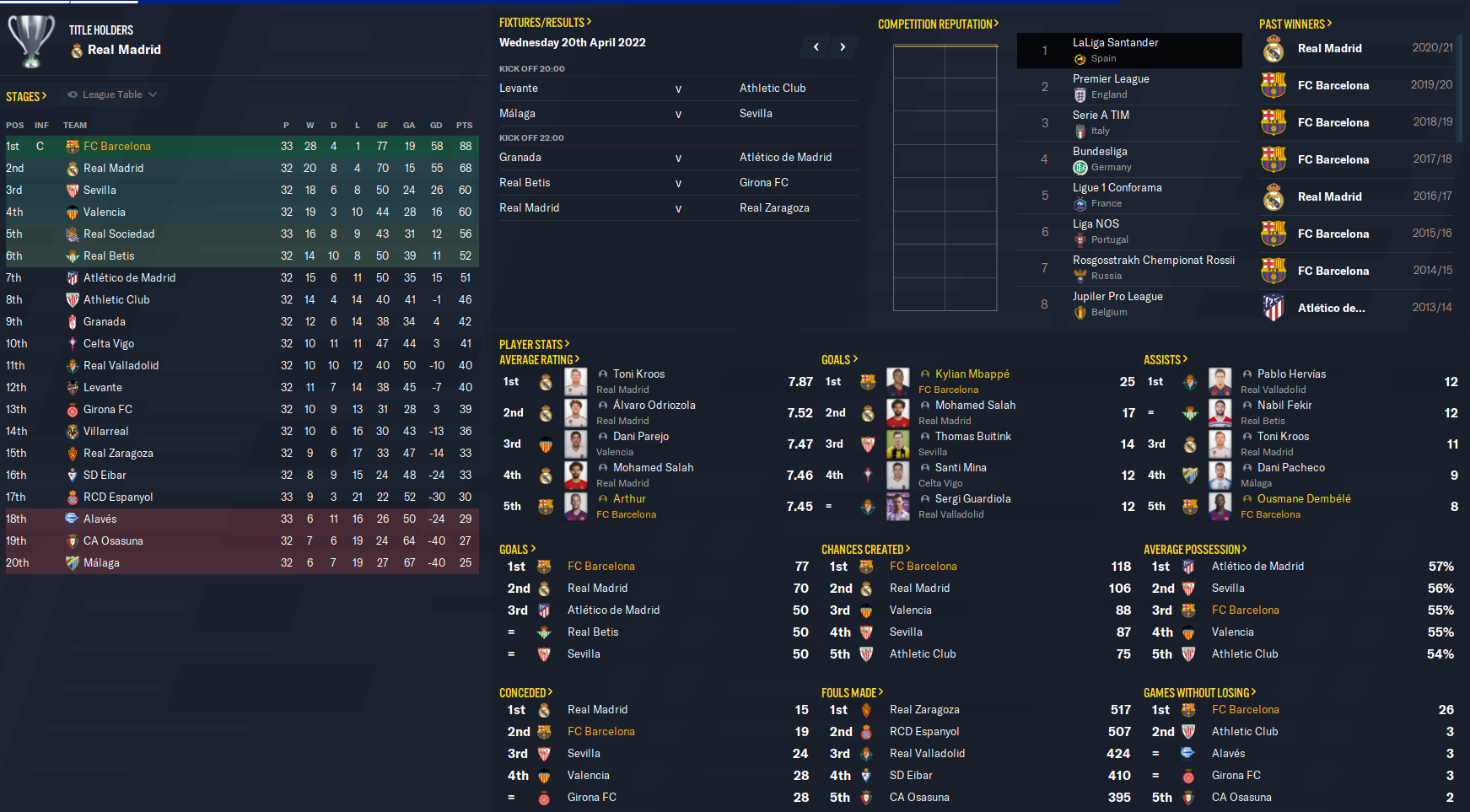 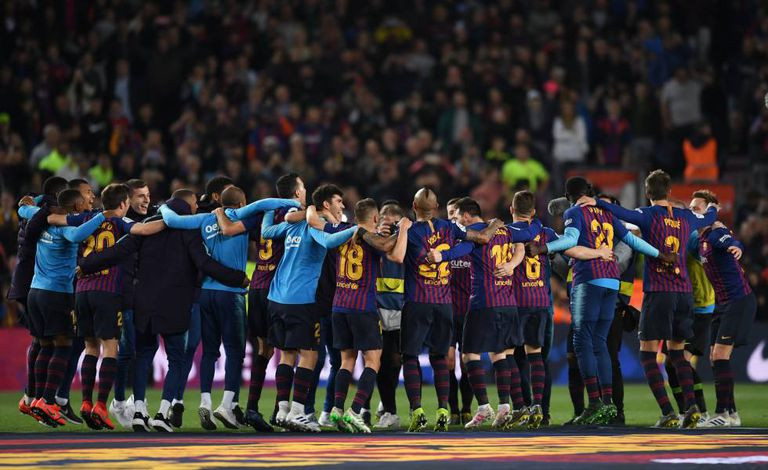 Zed
2 years
Very dominant season that, it will be hard to be even better next season! Only thing you could improve on is being unbeaten.
Login to Quote Borja Fornas - It's the feeling every manager wants. The league title proves to everyone who has been the best over the course of a season, so we have earnt the right to celebrate like this now! 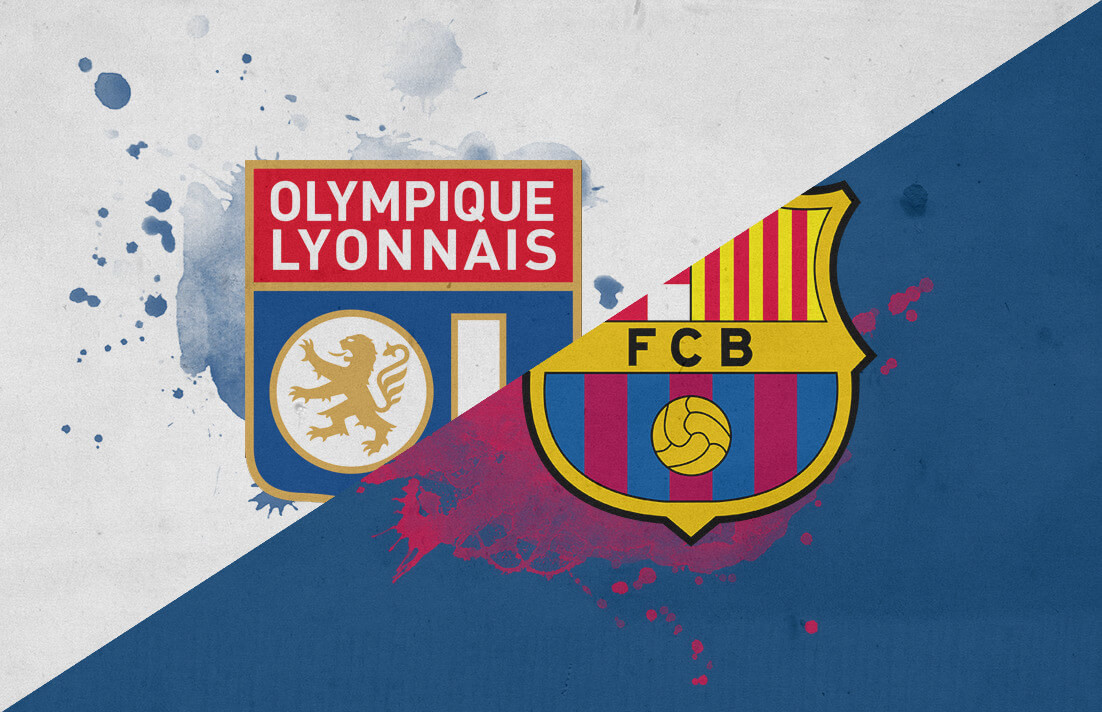 It’s an historic night for Olympique Lyonnais in their 2nd semi-final appearance and first since 2010, giving them the ‘unlikely team’ tag of this seasons CL.

The two teams met last season at the Last 16 stage and after a 1-1 in France, Barcelona proved too strong with a Suárez brace in their 2-0 home victory. Lyon can have no qualms about that result in going out to the future Champions, but they are much improved since then under Rudi Garcia and are aiming to be the first French side in the final since Monaco in 2004!

Barcelona come into this game in a strong position just like the majority of the season AND with the return of Messi come into this as strong favourites. 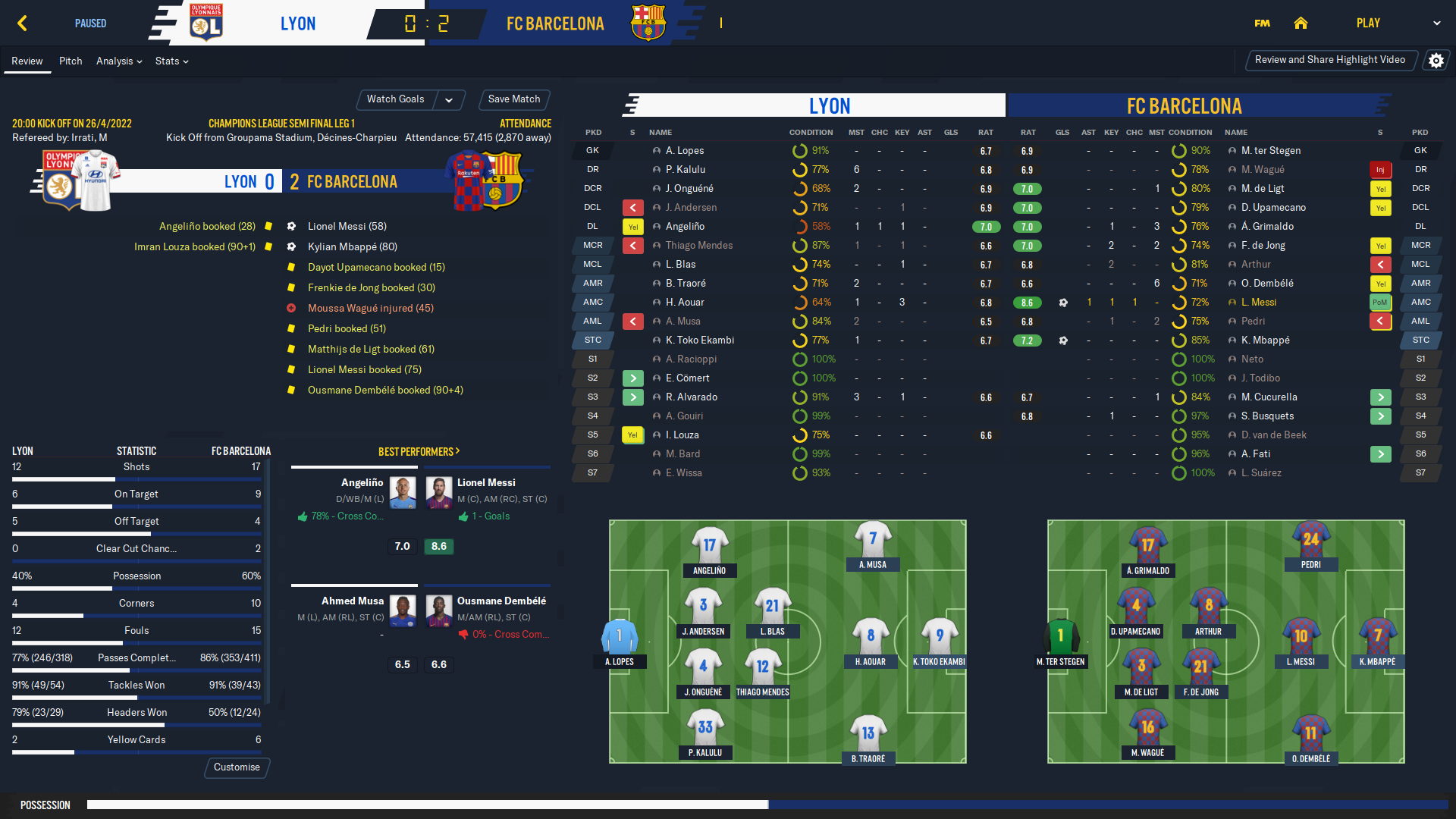 A goal and assist for the Argentine wizard, though returning to play for the first time since the QF’s he looked a level above everyone else. Well of course he did.

FCB made hard work of most of the game allowing 6 shots on goal from Lyon but stepped up massively in the second half. The 2nd goal should be enough for Barcelona, who remain unbeaten at the Camp Nou for nearly 9 years! (1st May 2013 0-3 Bayern SF) 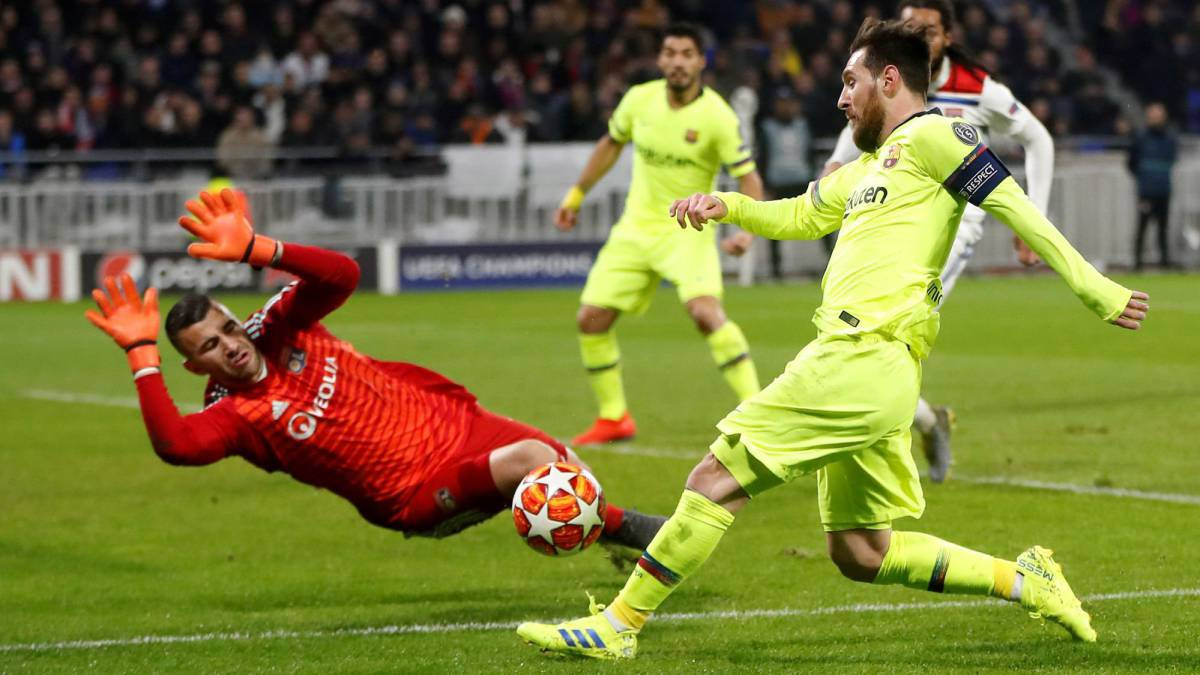 Man Utd salvage a late goal to give them a lifeline against their bitter rivals!

The final game of the month saw yet another Barcelona victory which sees them close in on that 100 points mark.
Login to Quote

ScottT
2 years
Setting yourselves up quite nicely for progression into the final.
Login to Quote

Zed
2 years
Very good result that, curious to see who you'll play in the final! I'm going for Liverpool
Login to Quote Liverpool make it to their 3rd final in 5 years after beating their biggest rivals!
It rubs more salt in the wound for United as Liverpool returned to their perch in English football and leveled up alongside with 20 League Championships last season, to further enhance the atmosphere around both teams! ScottT - Should be all over

deadzpool - It's going well at the moment
Login to Quote