TheLFCFan
2 weeks
Love to see Schalke failing to get Europa League! Congrats on the new job, hopefully this works out much better.
Login to Quote

Really an underwhelming preseason friendly slate, we did play well in our 2-1 loss to FC Porto but we were lifeless against Yverdon and FC Koln. Finally in the final match of the preseason we get a 2-1 win against AA Gent. The AA Gent match was the first match that we had our full squad that we are going into the season with.

No injuries to report!

The media is predicting us to finish 9th in the league. Troyes and FC Lorient are relegation favorites so I am hopeful for another great start to the season. 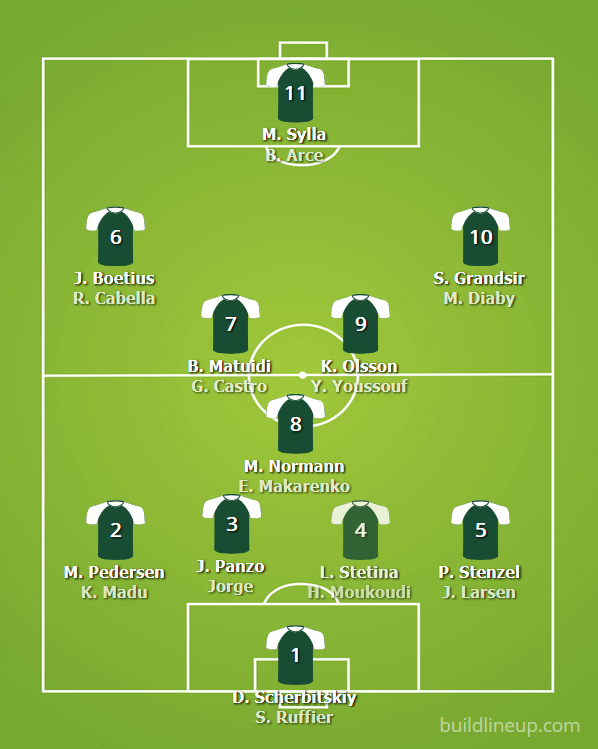 ScottT
1 week
Some decent signings in there. Nothing spectacular but solid which fits the bill. A decent opportunity to get some points on the board early on.
Login to Quote

Griffo
1 week
Large amount of turnover in the squad is going to see some time required before they begin to click, stay patient
Login to Quote

TheLFCFan
1 week
Good moves in the window, particularly interested in Matuidi and Panzo. Both at different stages of their careers but players who could make a real impact this season.
Login to Quote

Justice
1 week
Have a good opportunity to set down an early marker with that run of games. Good luck this season!
Login to Quote

Cabella played really well in his two appearances this month with a match rating of 7,85. He scored a goal and assisted, he also had a key pass in the Bordeaux match that lead to our only goal.

Mathias Norman
Norman should be returning from a twisted ankle that he suffered in training before our first match of the season, causing him to miss the entire month. He should be ready to go.

Samuel Grandsir
Grandsir suffered from sprained ankle ligaments during the Montpellier match. He is expected to return to training on the 2nd of the month. 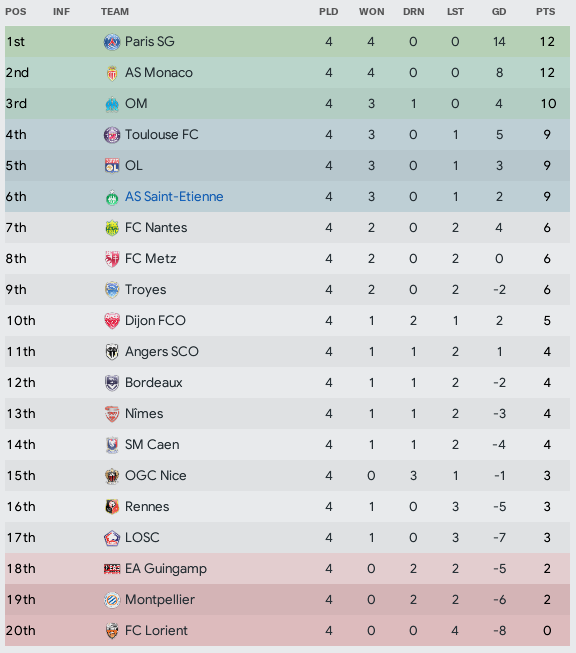 Some usual suspects at the top. We could not have asked for a better start, despite the Bordeaux result.

A light month with the last international break prior to the World Cup. We have a good chance to get at least 6 points.

I hated to sell him but he became very adamant on leave when AS Monaco came with an offer. We were able to double the offer but still stings a bit. We received €925K.

With Scherbitskiy leaving we needed to get another capable goalkeeper. In comes Didillon to address the situation and he should really be an upgrade. We bought the 26-year old Frenchman from Anderlecht for €6M.

Bordeaux recently put Maolida on loan and we had been following him previously. So we added him on loan for the rest of the season. The 23-year old Frenchman offers us another quality player in attack, with the ability to play all 3 attacking positions in our 4-3-3. We also have an optional future fee of €7.5M if we would like to buy him.
Login to Quote

ScottT
1 week
A good start to life in France. Cabella can be a great player on his day and is bound to be a good option to have.
Login to Quote

Justice
1 week
Have to be happy with that - looks like this season could be a good one!
Login to Quote

Griffo
1 week
Remy Cabella always had good performances against me no matter what save I was doing, good to see he has continued this elsewhere too haha
Login to Quote

TheLFCFan
1 week
European spots are definitely a good place to be. Only better if you are there at the end of the season!
Login to Quote

I've always been a fan of Cabella. I almost sold him though because we are not playing with an AMC at the moment. Glad he has been doing well in the left wing!
Login to Quote

For sure as good a start as we could have hoped for with the lack of team cohesion at the moment.
Login to Quote