FMBlake
3 months
Just caught up on this, great first season, now an important transfer window to build for League 2, great work adding Leeds as an affiliate too hopefully can get some good players off them for free in the next couple of seasons.
Login to Quote

ScottT
3 months
Good luck against Maidenhead. It should be yours!
Login to Quote

Zed
3 months
Exceptional season in terms of points, which could have been record-breaking if it wasn't for the four draws in that last month. Nevertheless, a season to be proud of and hopefully you can manage to make it two promotions in a row!
Login to Quote 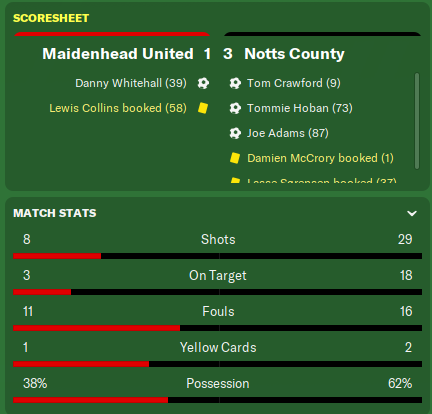 And we've gone and secured the double with a dominant performance against Maidenhead. There is nothing quite like leaving it until the final 20 minutes of a cup final to get the win. We dominated throughout though so I was never worried about getting a 2nd goal. With 18 shots on target it was a bit disappointing to only get 3 goals but its still a trophy for the cabinet and a bit of history for the club. 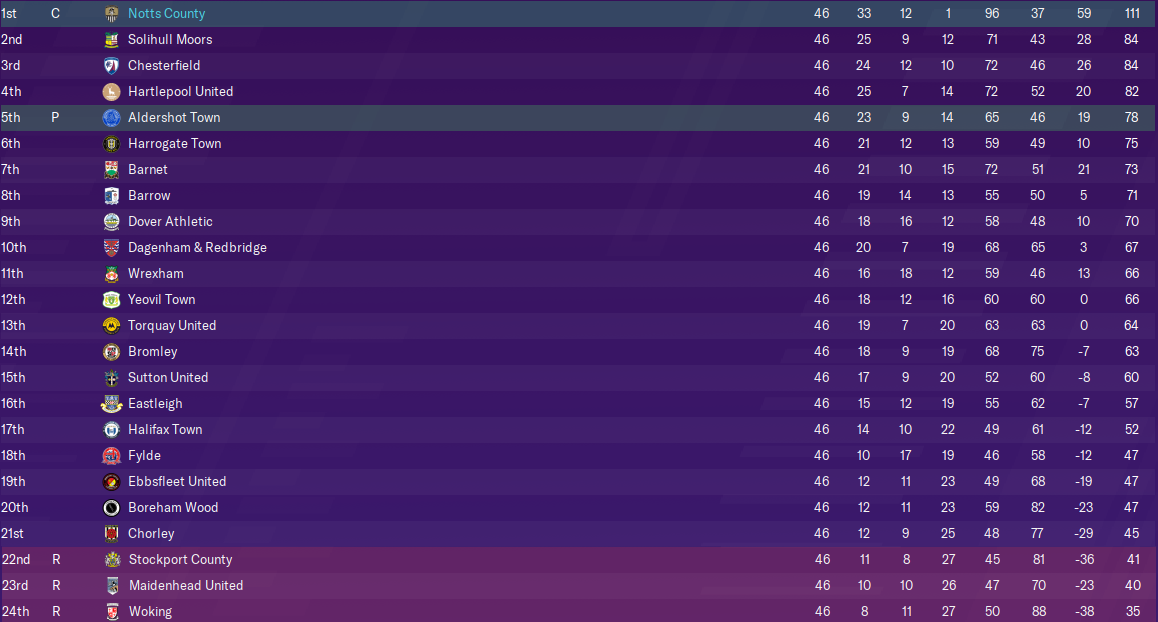 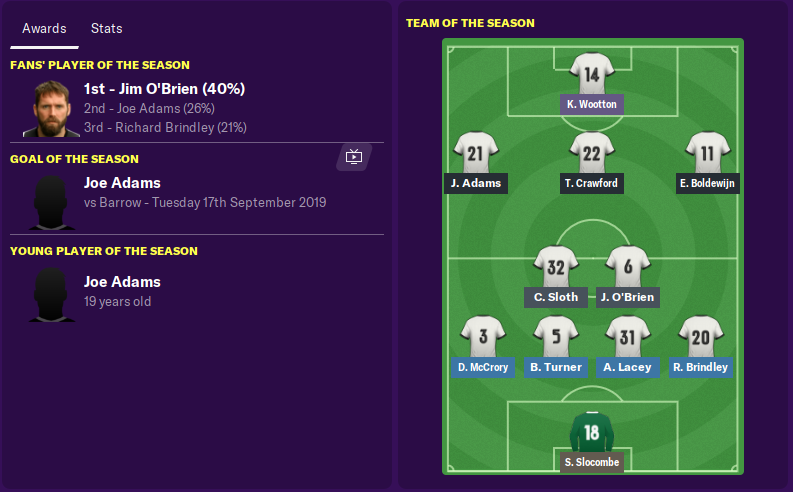 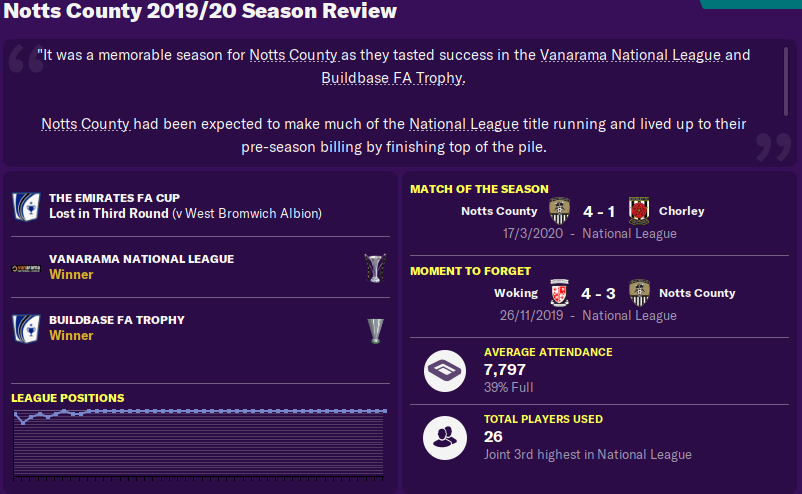 Plans for Next Season

So for next season there are going to be massive changes at the club as we will be looking to bring in a new squad as we are releasing all but 7 first team players as I feel we will be able to pick up better players for free and we will need the wage budget. We will be looking to play the same 4-2-3-1 attacking formation which did us so well this season.

ScottT
3 months
Congratulations on winning the FA Trophy. A big season ahead in your return to the Football League.
Login to Quote

So after contracts expired at the end of the season I was only left with 7 first team players and then I even sold some of them as well as good offers came in or they had already been replaced by better players.

So we had to move quickly to get some of the players in that we wanted and we have brought in 15 players so far and I fully expect more to come in over the next month or two as we still need another goalkeeper and once they player lower their expectations then we might get some more big signings in. 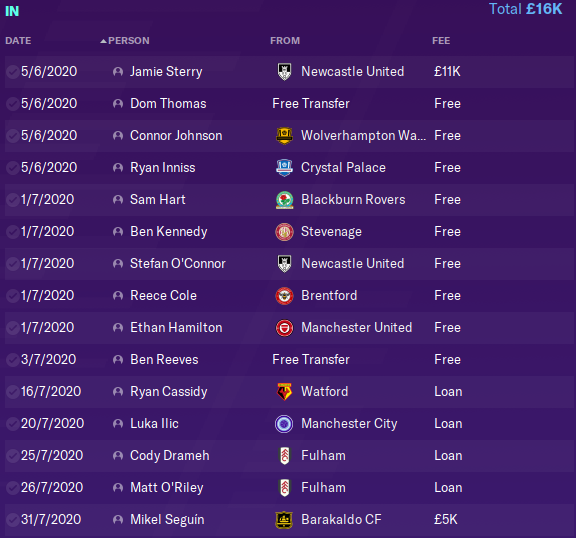 I feel we've done well though and now we have a much stronger team with a lot of players with experience in League 2 if not higher.

The board don't expect much of us at all which is good since after the media predictions came out the media has us finishing 4th after the players we brought in. In the cups hopefully the draws will be in our favour

Wolf
3 months
Really curious to see what you can do in this league, hopefully you can get some new signings, good luck mate!
Login to Quote

Jack
3 months
What a great window. Inniss was great for me whilst I was at Newport but Hamilton, Drameh and O'Riley are fantastic signings to make!
Login to Quote

Recently relegated Middlesbrough have jut signed Tommie Hoban for £3.4 million. Middlesbrough activated the release clause in Hoban's contract to secure the signature of the Irish defender. He is going to be a big loss for Notts County but the money will certainly be put to good use over the coming seasons.

Hoban had resurrected his career at Notts County after some horrific injuries as he managed 19 games last season where he made his presence known in defence. He will certainly be missed but he does deserve to be playing at a much higher level.


Wolf Hopefully we do the club proud and do make the playoffs with this squad.
Jack They could all make the difference and may have some even bigger news soon
Login to Quote

The first of the money brought in from selling Tommie Hoban has been spent and its not on a defender to replace him. We splash £700,000 on Willem Geubbels who was transfer listed by Monaco. Geubbels had only made 1 appearance for the club since his £17.75 million move from Lyon. At only 19 he has a very bright future ahead of him and he is a massive coup for a club such as Notts County as he can only grow with the club as it moves up the leagues.

He will go straight into the starting line up and Ryan Cassidy will now play backup to him. 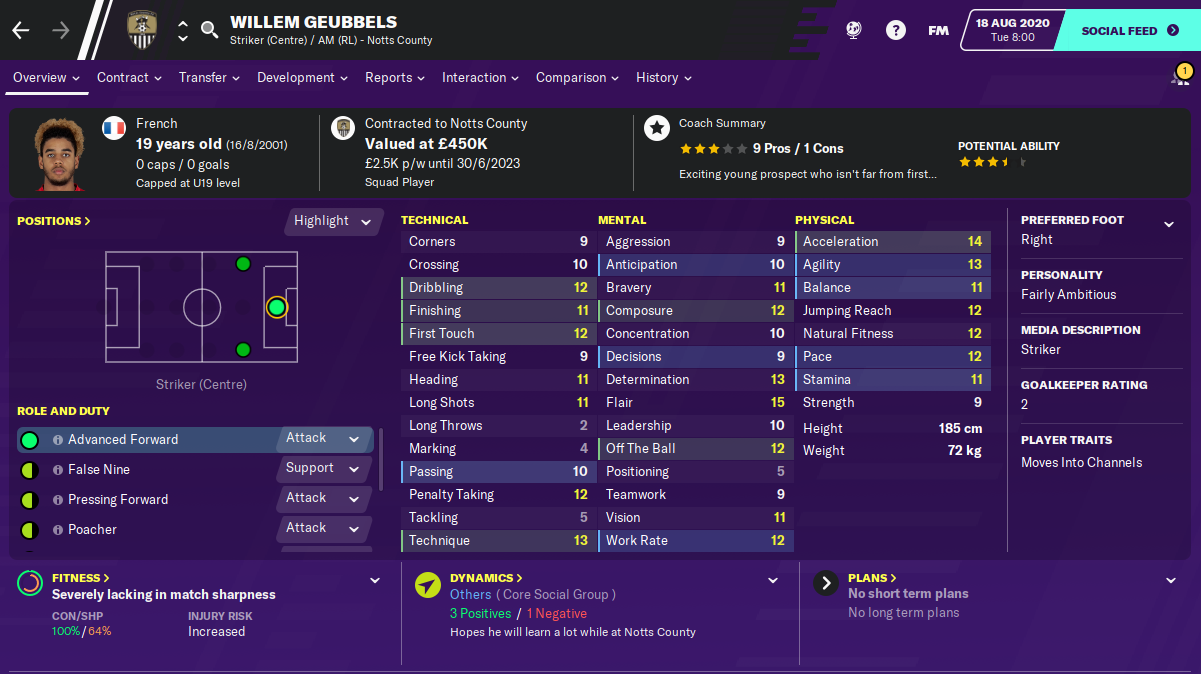 Bernardo Sousa ha signed for Notts County from Sporting CP for the low cost of £5,250. Transfer listed by the club they obviously didn't see a bright future for the talented midfielder. Luckily at County we have high hopes for the 20 year old and hope to help him realise his potential. 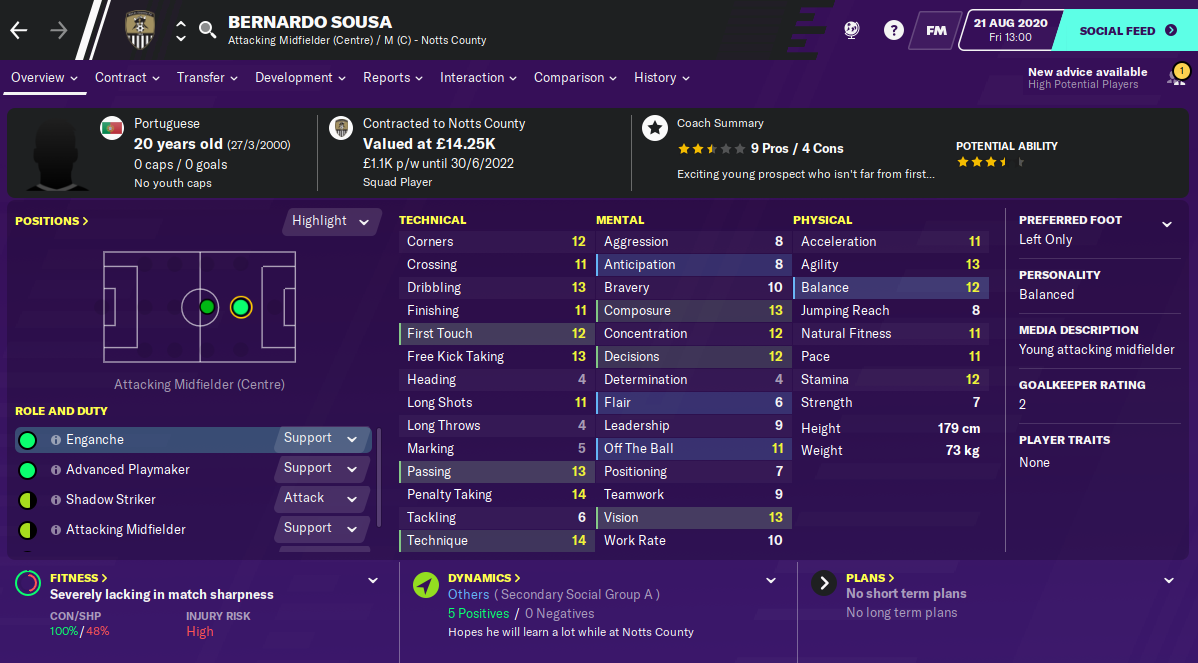 The club are still on the lookout for further players to help strengthen the first team as well.

TheLFCFan
3 months
When you win the league by that many points you know its been a good year. You literally didn't need to show up for nine games of the season and you would have won the league!

Some good additions to the squad for sure and I think a number of League Two sides may be worried this year.
Login to Quote

Jack
3 months
Geubbels is an absolutely sensational signing for any team lower than the Premier League! Unreal movement in the market here mate.
Login to Quote

ScottT
3 months
You should be absolutely pissing it this season now.
Login to Quote