ScottT
1 month
Congratulations! A huge victory for many reasons as I previously mentioned. I query whether we will see Brnic at Nadi come next season or whether he will be installed in a new position elsewhere.
Login to Quote

Jack
1 month
Semi and Semmy are an incredible duo up top! And wow! Despite even yourself reckoning it would take a lot to beat a New Zealand side, you've managed to do it and I'm delighted for you 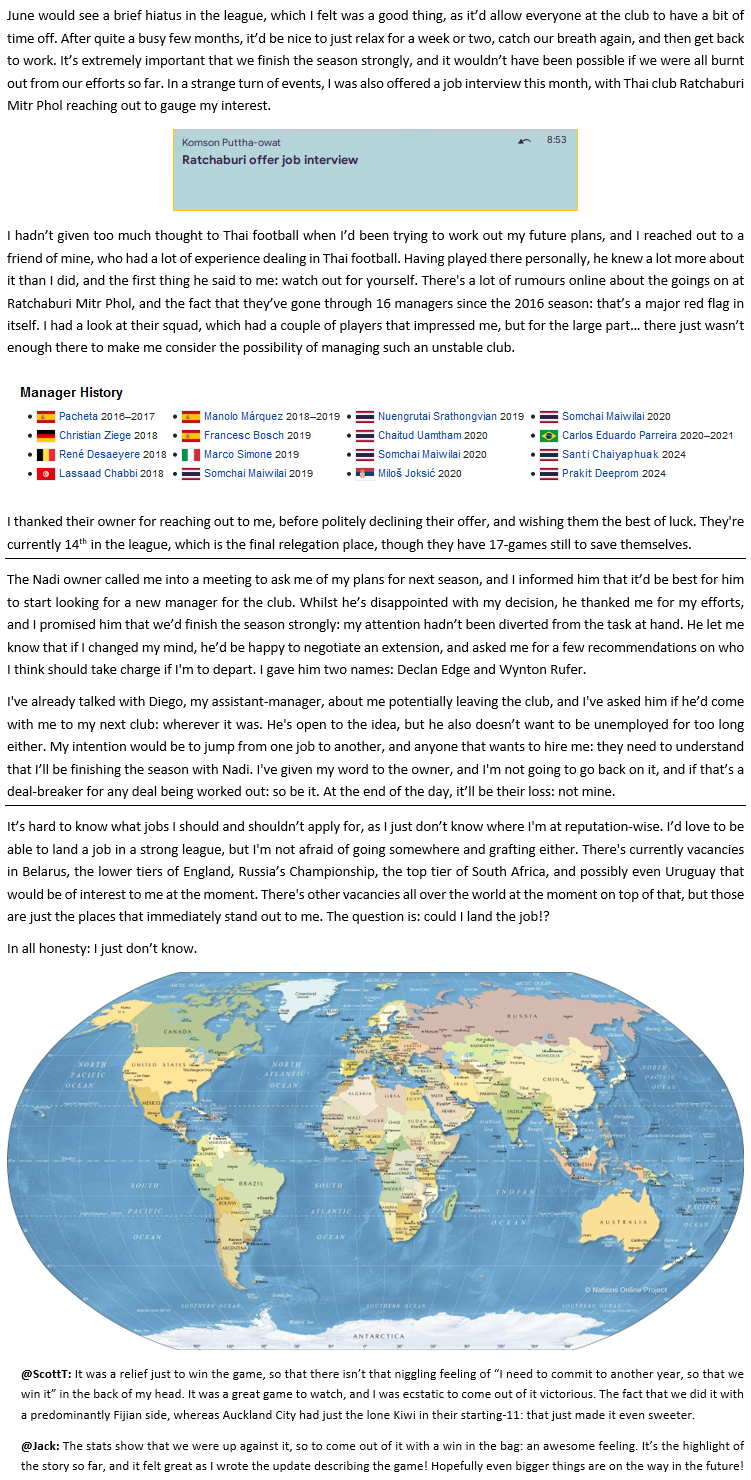 ScottT
1 month
It's worth a go! I would be surprised if nobody in a fairly decent division - say Malaysia - didn't give Igor a go.
Login to Quote

ScottT
1 month
Ah. It has to be the right offer at the end of the day and Montevideo is far from being just that. Let's hope that a decent offer will be put on the table soon enough. I think it's time for a new challenge.
Login to Quote

Jack
1 month
Very concerning times for Igor here! I'm surprised about his message to the Nadi board before actual nailing down another position elsewhere, but I suppose there is not much time in football. Montevideo isn't a great option, but they need a hero. That said, Igor doesn't seem at all enticed.
Login to Quote

ScottT
1 month
A perfect way to end the chapter. Hopefully. I'm going on the assumption that a decent side will come calling for Igor which you would like to hope will be the case given his track-record thus far. Albeit in smaller nations, winning what he has in Fiji has to be worth something!
Login to Quote

Jack
1 month
A great way to end Igor's time in Fiji and it's a shame that clubs aren't willing to give him a try. Although I do think if you introduced Igor to fans of a reasonably high-status club, they would be curious and possibly disappointed in an appointment of a man whose only experience has been in Macau and Fiji. Looking forward to the next destination though!
Login to Quote

Mauve
1 month
Will be a great wheater change coming from Fiji to Belarus!
Login to Quote

ScottT
1 month
A move to Belarus would be interesting but certainly an understandable move with it opening the door to a move into Europe which will likely spell the beginning of getting somewhere should it be a successful effort. Fingers crossed for Mr Brnic.
Login to Quote