ScottT
1 month
Those numbers reflect what a fantastic final season it was for Igor in Fiji. The next challenge awaits whether that be in Belarus or elsewhere.
Login to Quote 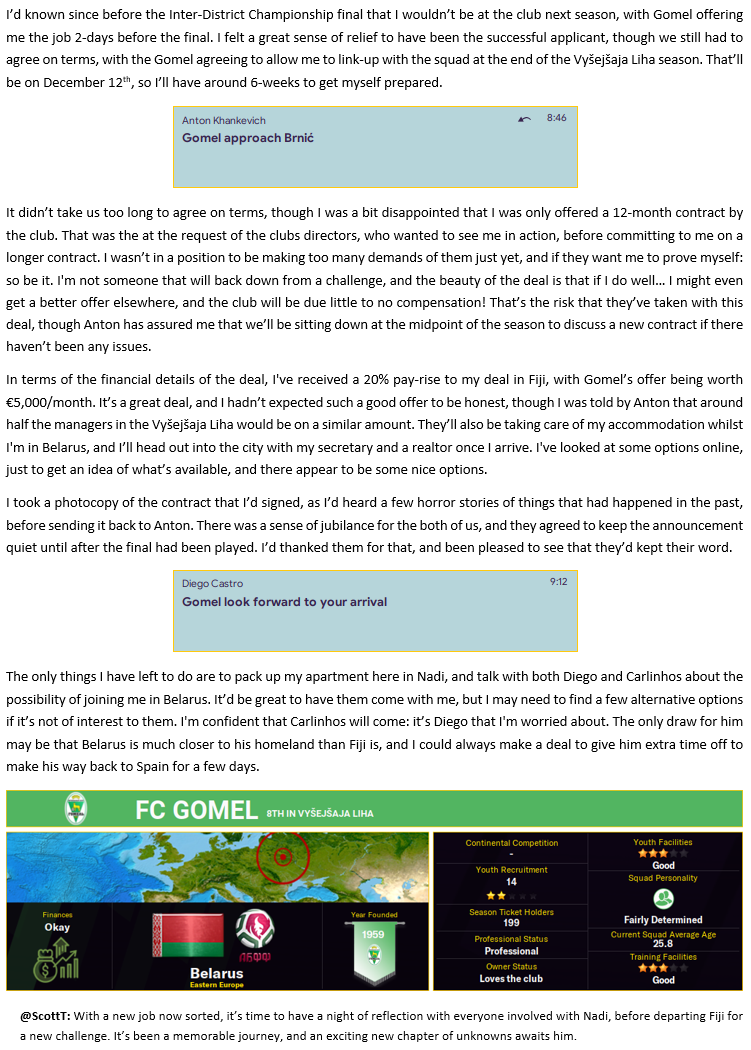 ScottT
1 month
Congratulations are in order for Igor then. I think a move to Belarus is a sensible one for his career in the long-run as we've previously mentioned. Gomel do right to only initially a short-term deal, personally. It will give them the opportunity to gauge how he performs in Europe without being tied to a significant financial penalty should it not work out. I can't see that happening though. I have full faith that an extension will be in order with time.
Login to Quote

Jack
1 month
A huge congratulations is deserved here! Gomel looks like a great challenge for Igor to test himself outside of Oceania and Asia. Gomel have a mountain to climb in order to compete against BATE Borisov but I don't think anything is outside of possibility for Brníc.
Login to Quote 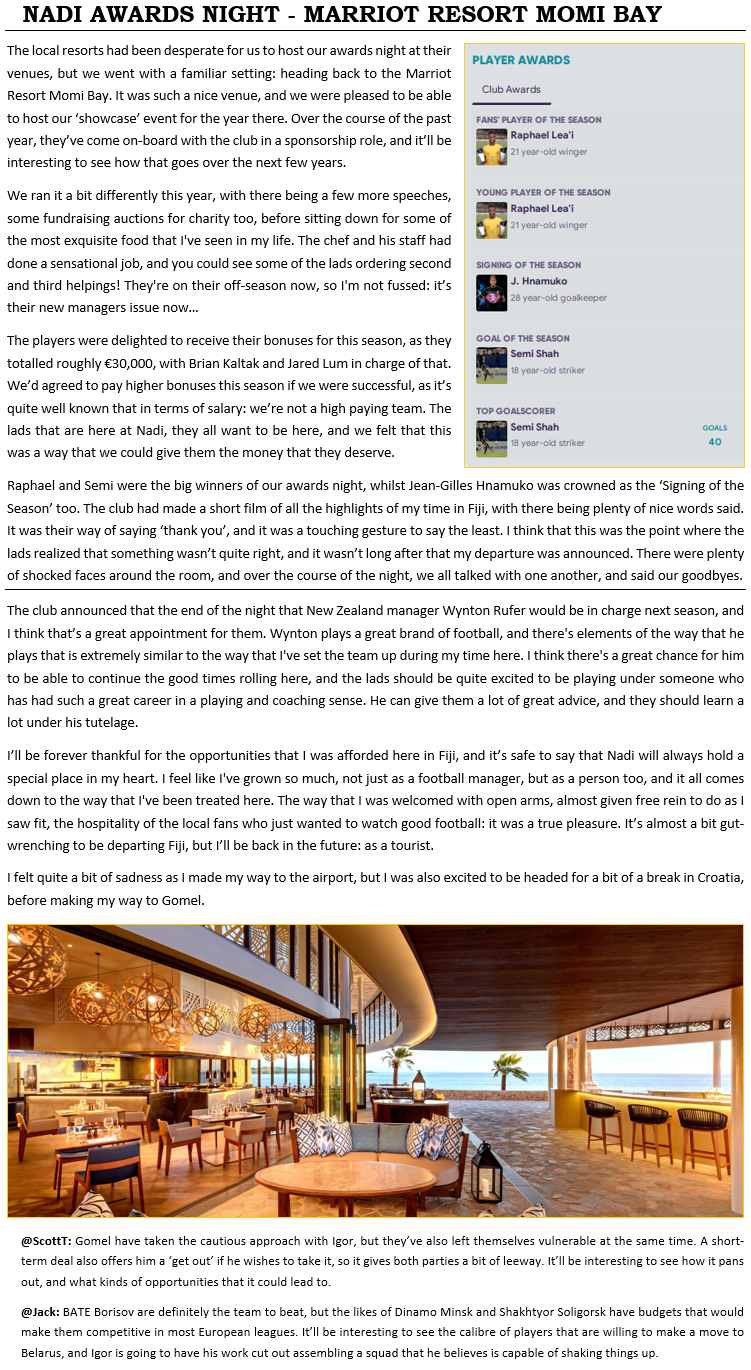 ScottT
1 month
Glad that Nadi have appointed somebody that has Igor's seal of approval. It would be disappointing for them to completely abandon some of the methods that brought them a great deal of success. At least they can look to continue some of their ways now.
Login to Quote 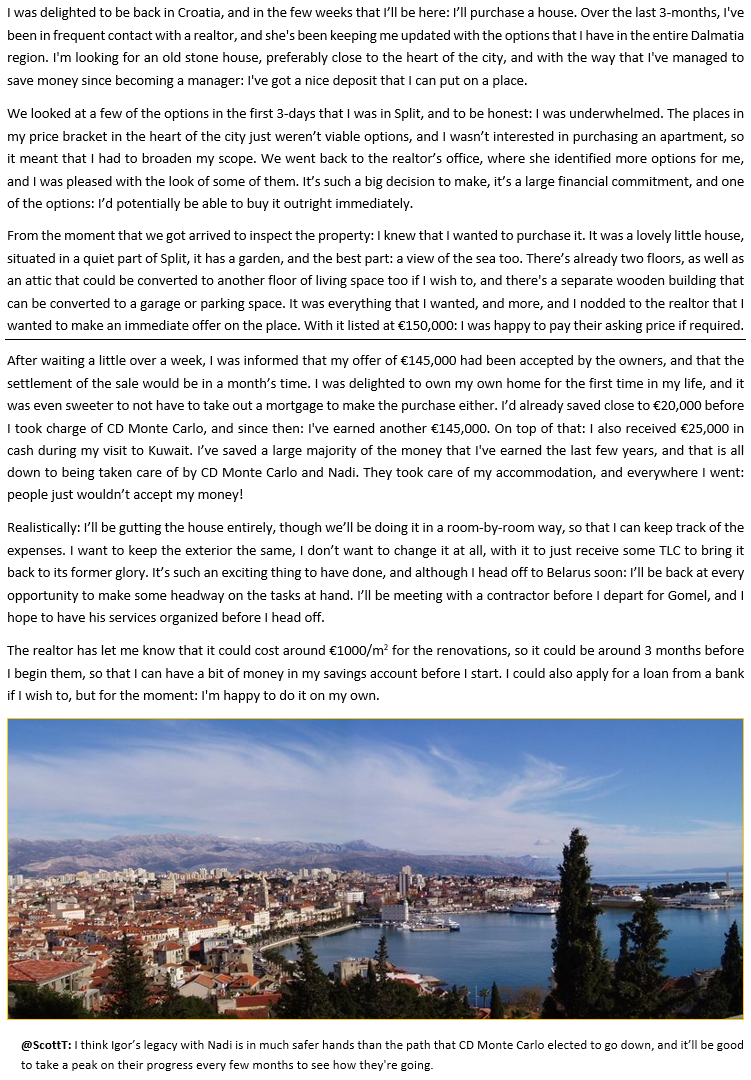 Mauve
1 month
Curious to see how the house looks like! Nice to see Igor could visit Croatia before going to Belarus, not that far from each other, is Igor hopen for an offer from Hajduk Split in the future?
Login to Quote

ScottT
1 month
Alright for some having their accommodation sorted for them under two different clubs! Plenty of £££ to buy a house in Split as a result.
Login to Quote

Shep
1 month
Agree with ScottT, it's nice having accommodation taken care of!
The finances do not look good but hopefully Igor can work some magic and get Gomel back on sound footing. Will be good to see if any teams can actually beat Igor this season as it's been too easy for him up until now
Login to Quote

Mauve
1 month
Very interesting to see you coaching Barbados now, a nice house at Barbados would be another thing for Igor, hopefully you'll get them to history tables.
Login to Quote

ScottT
1 month
Quite the intriguing step to take. I wonder how Igor will find the balance between club and international management - I can't imagine it is too easy although perhaps he will entrust somebody else to do the scouting required for selecting the squad. Small world when Luke and Igor are mates!
Login to Quote 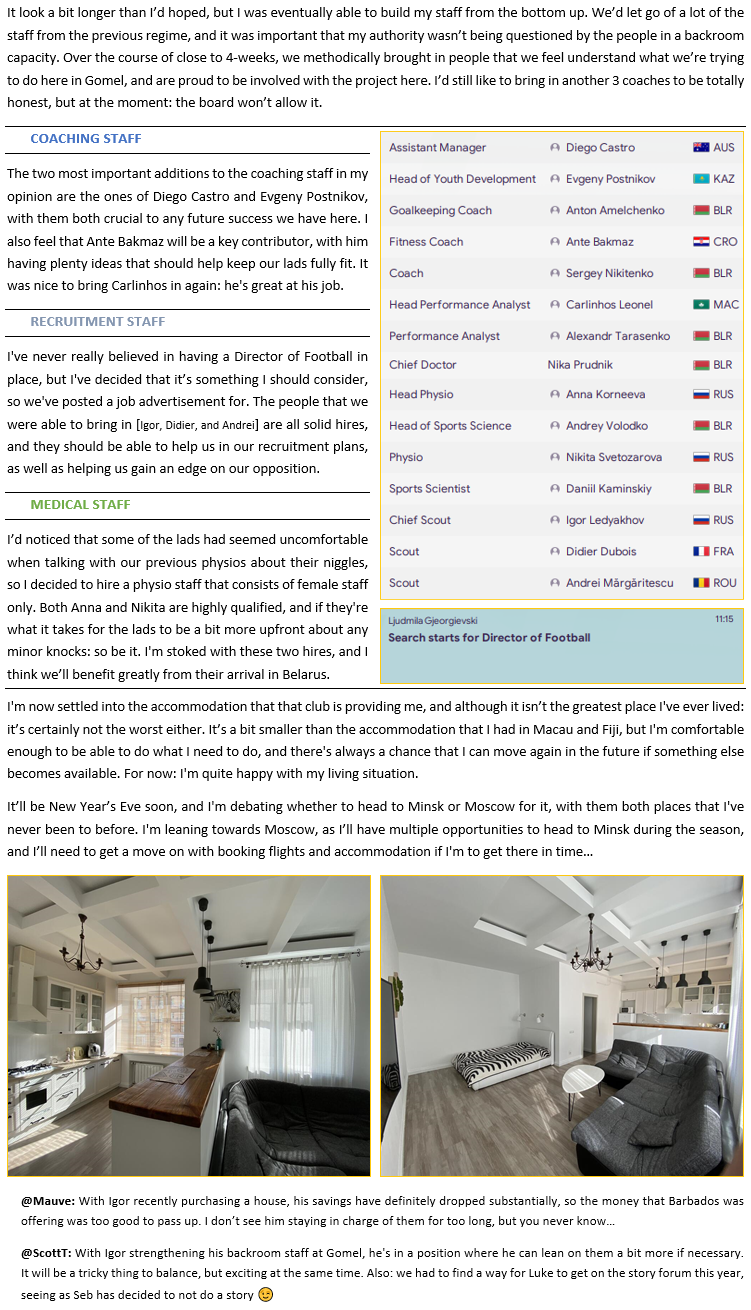