Jack
2 months
Seems like Brníc has got his work cut out. He seems unhappy, or at the very least, unsatisfied where he is and he’s speaking to circumspect directors in Fiji. Aside from being in Fiji, it’s hardly ideal. I just wonder what his next move will be, to accept Monte Carlo’s offer or not?
Login to Quote

TheLFCFan
2 months
I mean it certainly doesn't look the worst place in the world to live. Igor has a big decision to make that's for sure if this club in Fiji does come in for him. Good to have a guarantee in Monte Carlo to fall back on though if that offer doesn't come in. Interesting times for Igor.
Login to Quote

Jack
2 months
The journey continues! An interesting choice despite Brníc’s ambitions of leaping over the level that Monte Carlo are at. At least I get to see more Carlinhos hat-tricks

TheLFCFan
2 months
A big pay rise there for Igor and that'll surely keep him happy and focused on Monte Carlo for the next year. It's great to see the board back him so well away from just the pay too, especially with the number of coaching badges they have already paid for, great stuff.
Login to Quote

Jack
2 months
Some decent fees brought in there, it's a shame to lose Diagne given that he was the natural successor to Hermann but I'm sure you'll replace him very suitably.
Login to Quote 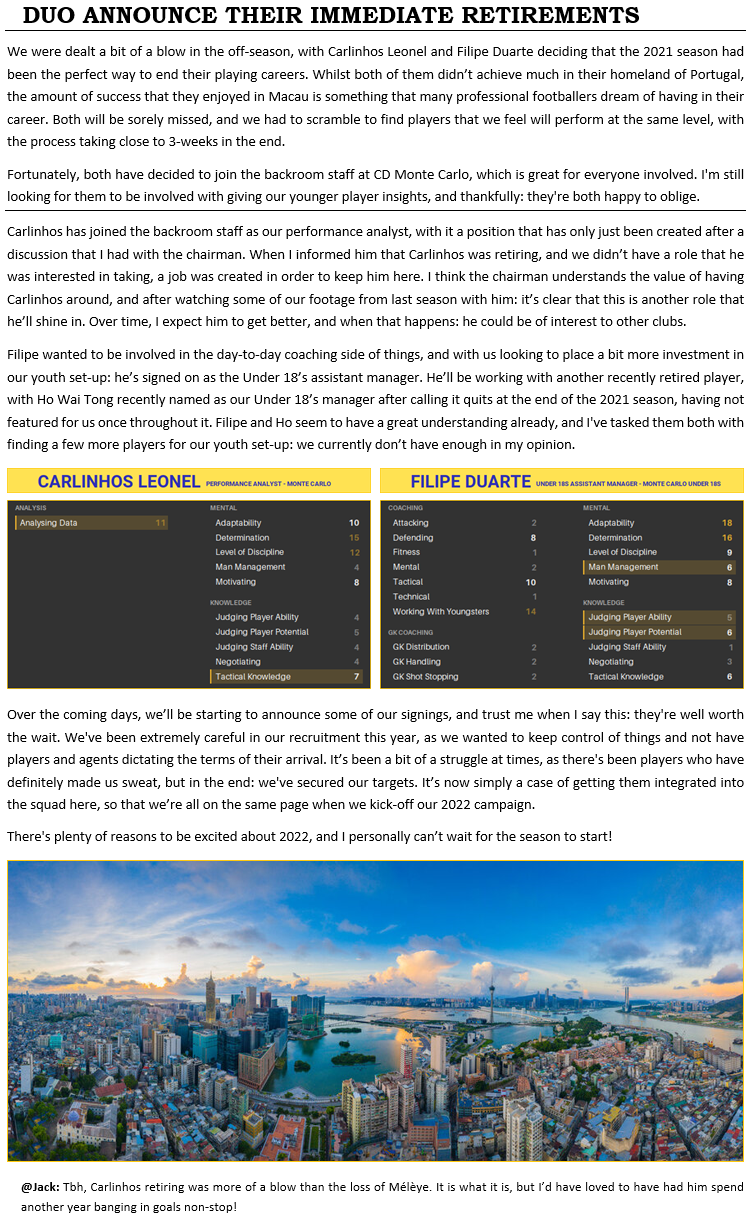 TheLFCFan
2 months
A shame to lose Carlinhos to retirement as his record last season speaks for itself but good to see the players wanting to stay on at the club in a non-playing role. Good to see some of the money that is being bought into the club from those sales, and hopefully the club can bring in some gems to replace them.
Login to Quote

Jack
2 months
Even building for the future now, moving up in the world 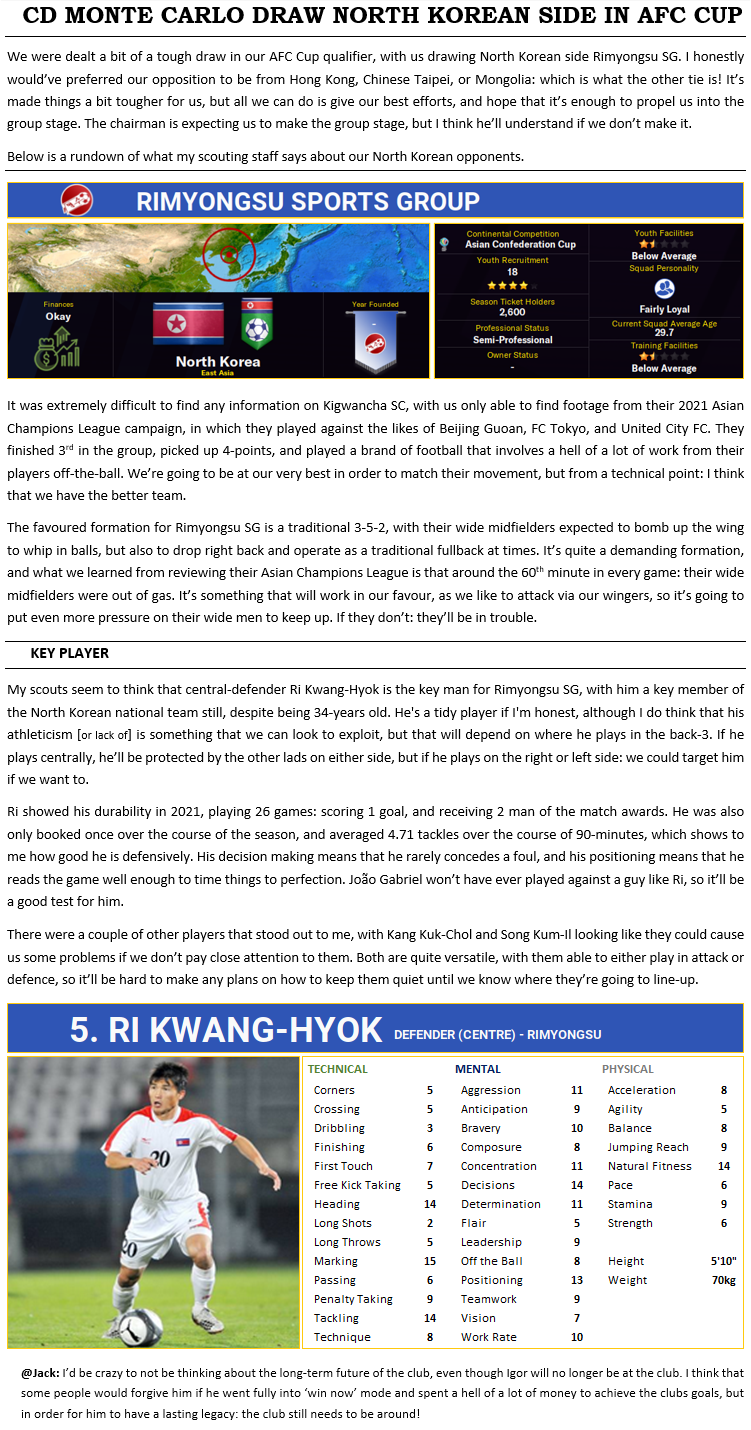 ScottT
2 months
A bit of upheaval with retirements and departures but I would argue they have been more than suitably replaced on paper. I have to agree with Jack's previous comment on Gabriel - he looks excellent for this level of football and should flourish.

It sounds like Brnic has landed himself a tricky tie against Rimyongsu. His team will have to be at their best to make the group stages but it's a useful task I suppose to see how the team fair and whether they're ready for (naturally) opposition of similar quality, if not stronger.
Login to Quote