As the iPhone vibrates and blares the Bee Gees’ 1977 hit “More Than A Woman”, I stir on the couch. It’s the morning after Canada Day, and the rest of the quiet lake cottage is still fast asleep — feeling the effects of the previous night.

I blink to clear my vision, and look at the number.

My mind immediately goes to grandma and grandpa, both in their 80s and spending the summer as they typically do at a modest beach house near Lisbon.

My name is John Pacheco, and I’m something of a lost soul.

At 25, and with a degree in business from York University, my parents think I should have moved out by now.

But Toronto is an expensive city, and a sparkling university soccer career followed by a single season with Orlando City’s B team doesn’t count for much in Canada’s largest city.

The game was the one thing that ever truly interested me, and the National A License atop my limited resume is the only item remotely worth hanging my hat on.

Spending last season as an analyst at York 9 FC in the fledgling Canadian Premier League led nowhere — and is far from my foggy mind on this summer morning.

Wracking my hungover brain, I scramble for the connection. Augusto. Portugal.

Then it clicks. The resume I’d submitted, one of hundreds I’d flung to generic inboxes at clubs across the globe.

“I am Rio Ave, ehh…ehhh…” he ventures nervously.

“I speak Portuguese,” I reply in his native tongue.

“Excellent. We liked your interview on Zoom, and truthfully the fact you will come for room and board really appealed to us. With COVID, and the general state of Portuguese football…you know how it is.”

I do. Little has changed since my father bounced around the Primeira Liga in the late-80s, turning out for the likes of Estrela Amadora and Penafiel before moving to Canada and settling in at the General Motors plant in Oshawa.

Still, a roof over my head and a few hundred euro somewhere in Portugal sounds a lot better than my current situation: The parents’ basement in suburban Toronto and training sessions with whiny Under-13s at North York United.

“When do I leave,” I ask, already eyeing the Orlando City suitcase in my closet.

Rio Ave’s B’s first friendly is less than two months away, and I intend to take full advantage of the rather humble opportunity this random club from my father’s homeland has given me.

This save will follow the journey of John Pacheco, a fictitious 20-something Canadian manager bumbling his way through both life and coaching in Portugal.

The dream is to manage a consistent Primeira Liga club within 10 years.

Beginning with only a National A License and at a B team with minimal history (Est. 2017) under a mid-table club, this will certainly pose a challenge — one that I hope you will enjoy following.

P.S. — If this is half as dramatic as my last big save, The Other Mourinho, we're going to have a lot of fun.
Login to Quote 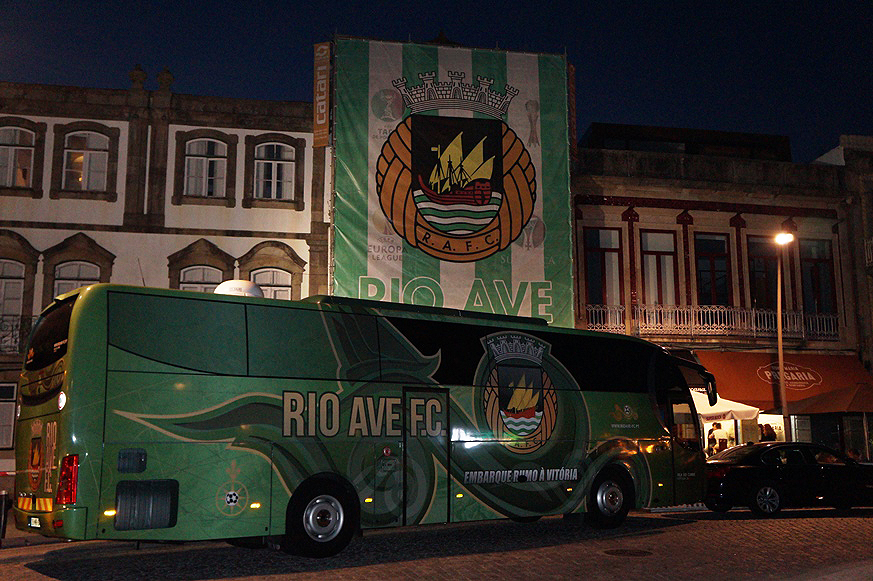 It’s late by the time the bus pulls back into the main town square in Vila do Conde.

We’ve just wound down our pre-season schedule with a solid 3-1 win over a middling Cerveira side, and the hour-long journey back home from the town on the Spanish border was buoyant.

Bavikson Biai, our energetic new anchor man signed on a free, attempts to lead the lads in a brutal rendition of the Bee Gees’ ‘Stayin’ Alive’ — though in truth, the song doesn’t fit the mood.

Midway through, Jason Noslin — our towering new Dutch centre back, signed from Braga’s Under-23s — shuts it off.

“Recovery period, son,” he says in perfect, unaccented English. “Lights out. AirPods in.”

I look around the bus at this motley collection of 17 to 22 year olds from every corner of the globe.

For 21-year-old defender Nando Pijnaker, this is already country number three since leaving his native New Zealand in 2018. Looking at him in his head-to-toe All Blacks gear, it’s hard to believe he made two appearances for Grasshopper’s senior side in Switzerland last season.

It’s been a decent pre-season, with plenty of bodies coming and going; it’s difficult to find a rhythm or familiarize the players with tactics, as Rio Ave operates its Under-23s, B-team and Under-19s in a sort of harmonious chaos.

From training schedules to video sessions and meetings with the Board, nothing runs on time and nobody understands which players are with which squad on any day of the week.

My accommodations are sparse, and my pay arrives on time approximately once every two months, but I’m happy.

The coffee is strong, my days are long and stimulating and the squad looks reasonably qualified to achieve the top-half finish the Board wants.

We open the season at newly-promoted Camacha next Saturday, and I’ve given the boys a few days off to recharge the batteries.

As for me, it’s off to the Algarve for a visit with an old family friend.

Think you can identify the 'family friend' mentioned? Hints in the above image.
Login to Quote

As I stroll along the beach near Faro, I wonder about the man I’m about to meet.

José Couceiro is 58 years old and from an entirely different era.

Raised in a gritty Portuguese suburb, he scrapped his way to a respectable career as a Second Division defender before embarking a pockmarked coaching career that took him across Europe.

And many moons ago, at a tricoloured stadium in northwestern Lisbon, he shared a defensive line with my father at the tail end of their respective careers.

“Ehhh Zhhhhhhohn,” a voice booms behind me.

Wheeling around, I think to myself that this can’t be the same José Couceiro I remember from my childhood.

That José had been a slimmer, salt-and-peppered man in his prime: Not long from a stint in charge of FC Porto, he had the world at his feet as Portugal’s Under-21s manager.

The man approaching me now, on this pristine strip of sand in the Algarve, is vastly different: Larger, hobbling and nearly three years since his last managerial post, his red Lokomotiv Moscow training shirt bursting at the seams.

“Have you seen Manuel yet,” he asks in a gravelly Portuguese voice.

“Who the hell is Manuel,” I reply sharply. So much for pleasantries.

“Joao didn’t tell you he’s in Viana do Castelo,” he replies, absentmindedly rubbing what little remains of the Lokomotiv logo on his top. “I thought he would have been your first visit when you arrived here!”

The confusion on my face quickly turns him red.

“Your father never told you, did he?”

My heartbeat quickens and my vision narrows to a pin as he utters his next words.

I only emerge from my haze hours later in Faro, with José Couceiro — technical director of the Portuguese Football Federation, I’d learn — fanning me with palm leaves and drinking a mojito.

“Whatever. When you decided to move here, your father called in a favour with me,” he continues. “He asked that I keep an eye on you, and help you in your young managerial career.

“I only took it on one condition: That you meet and help your brother, Manuel.”

While the room begins to spin, I don’t lose consciousness this time — and José begins to fill in the gaps.

He and my father, Joāo Pacheco, were aging 30-something defenders on a forgettable Estrela Amadora team. It was late 1991, and both were in the final season of their respective careers. 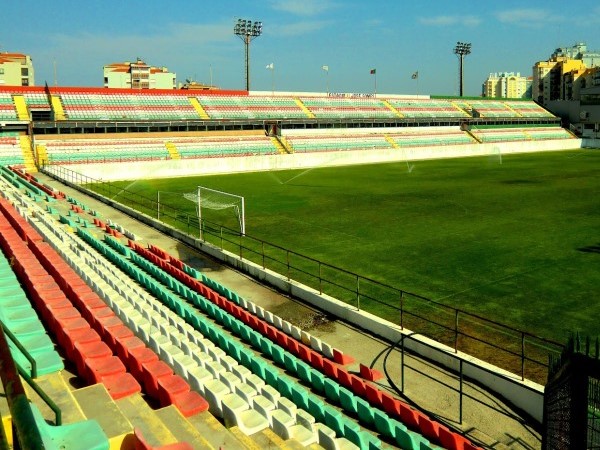 My father had already met my mother; they were together, and very obviously on the marriage track.

But one night, “after a god-awful 0-0 draw against Louletano,” the two aging defenders went out for drinks with a group of friends that included club president José da Fonte’s eldest daughter, Maria.

“I took the heat from the president for your father's mistake, and stayed away from the game for more than a decade,” he continues. “I supported Manuel and Maria financially, and let them live at my small two-bedroom here for free..."

As the waiter arrives with the mojitos, I cut José off and rise from my seat — overcome with emotion.

“A toast, everyone,” I yell, drawing the attention of the entire room to our little soap opera at the plastic table. “To José Couceiro, the greatest man I know.”

We embrace as the waiter doles out the cheapest house red on the menu.

My mind wanders to this new half-brother, who lives just 30 kilometres up the highway from Rio Ave’s training ground.

Does he play football? Is he married? Do we look alike? 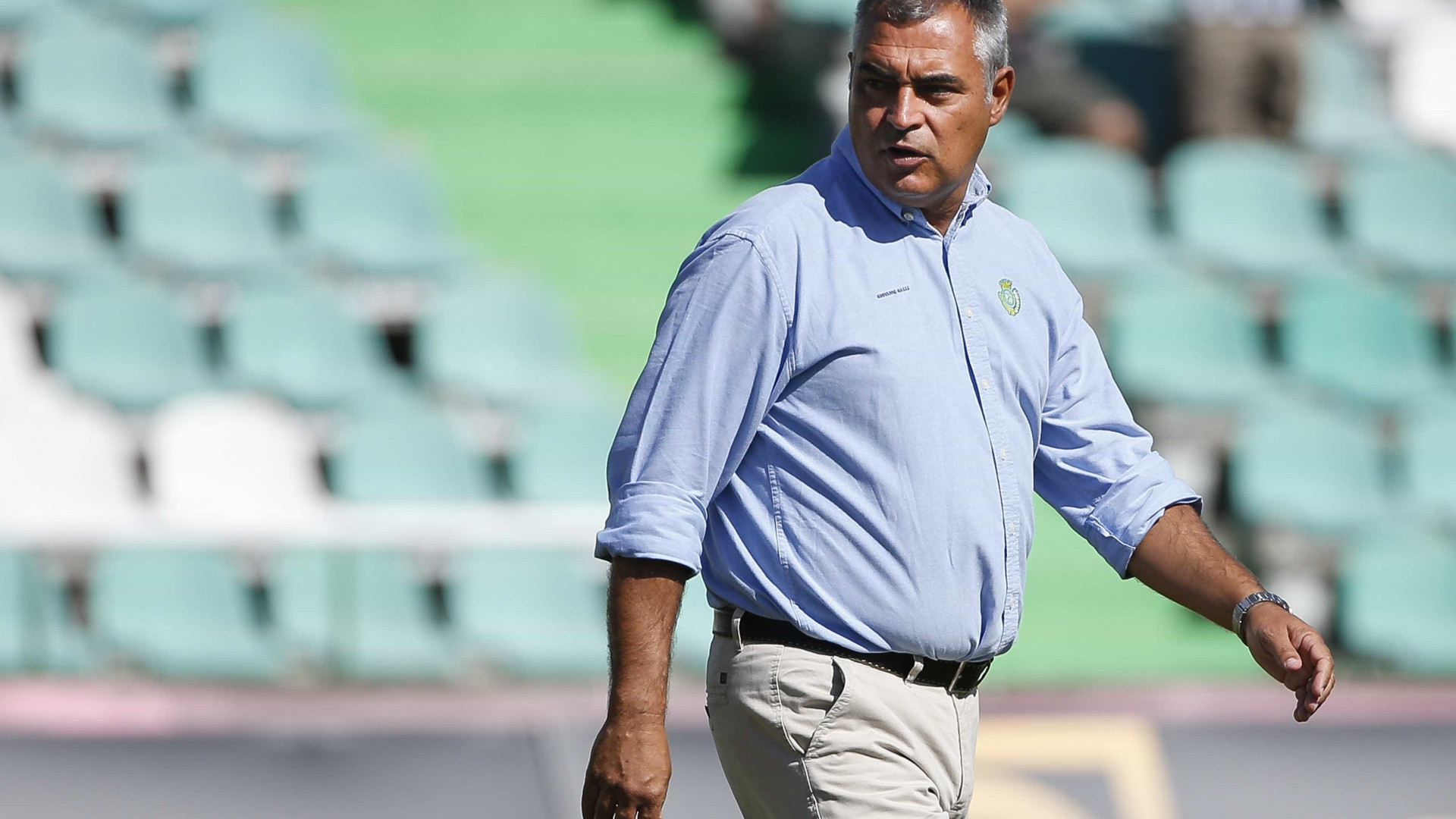 J_ames
2 days
A huge twist to the story already! Good start mate, I look forward to seeing where you take this 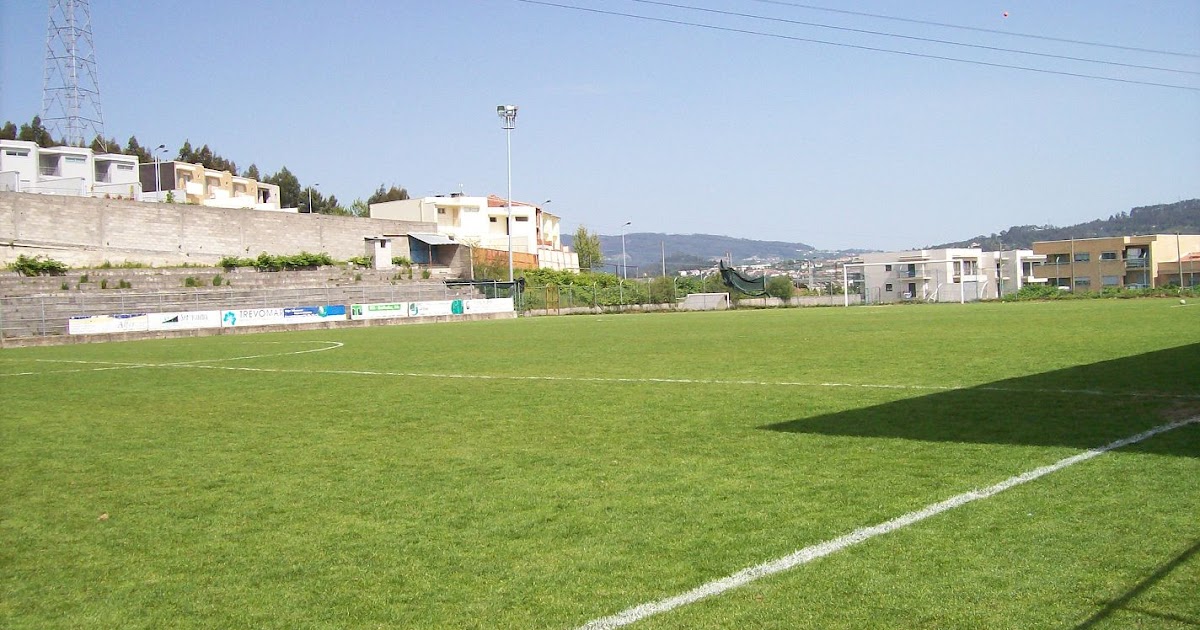 As I gaze out the window of the team bus and the sunshine beams down on the lumpy community pitch, my phone buzzes.

We’ve just wrapped up a 1-1 draw away to bottom-table Pevidem; the field a disaster, our possession not much better and I’m in a foul mood.

With two wins, two draws and an opening-day defeat, things could certainly be worse — but I also know they could be so, so much better.

“Allo,” I answer the unknown number in faux French.

“John Pacheco? From Canada,” the voice on the other end booms authoritatively.

“Your brother, Manuel. I’m outside the bus. Your team is horseshit.”

The phone clatters to the floor as I pounce from my seat, down the four steps at the front of the bus and out into the suburban Guimaraes sunlight.

After more than a month trying and failing to find him, my half-brother stands right in front of me.

Tall, wearing a faded Sporting Braga windbreaker, the similarities between him and my father are obvious: The prominent beak of a nose, darkly handsome looks and eyes that have seen their share of hardship.

After a long, emotional hug, I turn back to the bus driver and signal him on; I won’t be taking the 35-minute trip back to Vila do Conde and my chilly dormitory tonight.

Managerially, Rio Ave B is going to be a struggle.

The duo of Brazilian Leandro Alves and Cape Verdean Damien Furtado on either side of my 5-2-3 up front are phenomenal, but squad registration and a stubborn insistence by the club to play eligible players in Under-23 matches as opposed to mine has resulted in non-existent benches.

It’s difficult to get results when your Starting XI is constantly in danger of being called ‘down’ by the U-23s or loaned out to teams in your division.

With that said: The 2-2-1 start isn’t horrendous and the top-half finish required by the Board is reasonable.

If I can sort out how to not just sign free agents but actually retain them in my squad, a title push isn’t out of the question — though I’d settle for sorting out how to maintain more than a greyed-out goalkeeper on my bench week-to-week.
Login to Quote

ScottT
4 hours
A decent set of results. You face a few unique challenges as a 'B' side so I think you can be pleased thus far.
Login to Quote