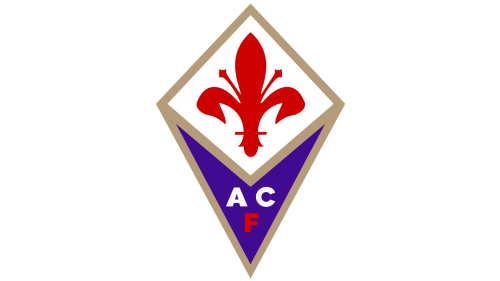 Hello welcome to the ACF Fiorentina story for FM12!

ACF Fiorentina was founded in 1926, by a merger of this two Florentine clubs – CS Firenze and PG Libertas and enjoyed top flight football for most of their existence, although the club was relegated to the serie C2 in 2002/03 season after financial collapse - came back to the top in record-time for the 2004/05 season.

Fiorentina have won the Serie A twice, first in 1955/56 then again in 1968/69, as well as winning six Coppa Italia trophies and once UEFA Cup. 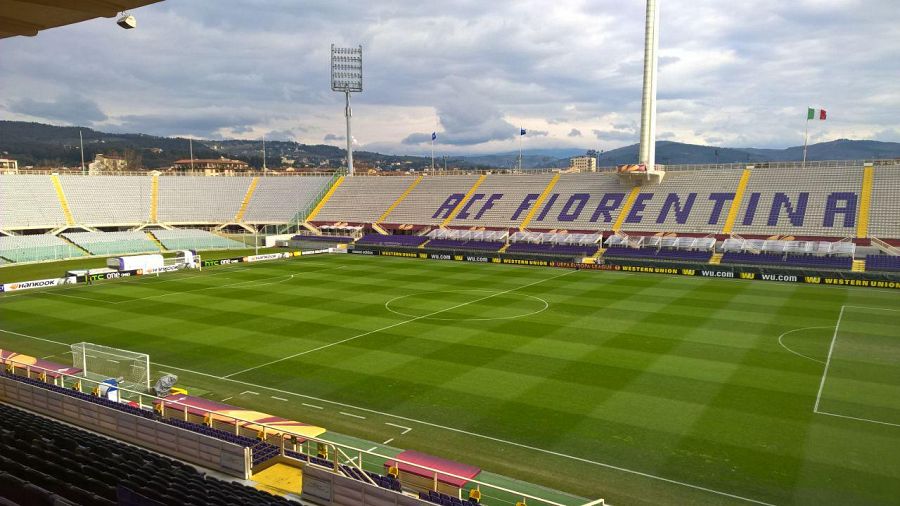 The club plays its home games in the 47,282 seat Artemio Franchi stadium ever since it opened in 1931.
The stadium was initially called "Stadio Giovanni Berta" after Florentine fascist Giovanni Berta and the club is not to proud of nowadays. 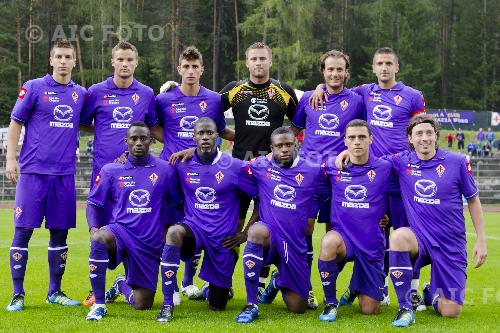 is my first choice goalkeeper, at 31 he is at his peak so over the next few years I will see a decline in his stats. He is solid between the sticks, although not always seems perform for me (eccentricity 20).
Neto and Manfredini are my back ups. Neto is 21 and has a big future with a potential rating of

- now he is suitable back up. Manfredini is one goalkeepers I will loan, he only has a

rating and doesn't develop much further than that.
Overall Boruc will do a decent job for me for a few years, and then young Neto will replacement him.

, who should comes up big for me from set pieces. As him partner I have three good players, so I have a headache picking which one. Natali

can all play that position.
Natali is 32 and his stats suggest that his acceleration and pace aren't great, which to me is important. Filipe is the youngest and bit more of an all rounder, problem I have with him is that more often than not he is injured.
Finally Kroldrup who is 31 and still play in Denmark national team. So as you can see you are spoiled for choice in this area.
The young Comporese with a potential rating of

will be loan with option to come back.

This is a strong area. First choice on the right is Cassani

, who is on loan from Palermo and I have an agreement to buy him for 4.7 millions. Back ups on the right are 23 years old De Silvestri with rating

, who will develop into a one of the best right back and Romulo

, new player who don't develop much. Behrami can play on this position too, but RB isn't his natural position.
First choice on the left should be Pasqual

- solid and decent stats, doesn't seem to develop much further but will do a job. The backup on the left is only Gulan, who is suitable back up for this year, but because of his rating

and salary I will try loan him. And apart from that I am a bit bare. Juan Manuel Vargas

he can play all three position well (AML, CM, LB) the problem that left back isn't his natural position, so I need retrain him, to be a backup or first choice.
Cassani can play in this position too, but the problem is that he use right foot.

First choice will be Behrami

. DMC isn't his natural position and his heading stat aren't perfect, however only he can adds a bit of steel to my midfield, so for me definitely worth retrain. Back ups I have the two CM's Munari

, problem with that could be they are both attack minded, so could leave I exposed in the centre of the park.
I also have young prospect Agyei with a potential rating of

will be loan with option to come back. I probably need to buy a squad player or back up here.

I have plenty of options here, starting CMs probably are Montolivo

as advanced playmaker, and Kharia as deep lying playmaker.
Other advanced options are Juan Manuel Vargas and Kharia - yeah his second mention, he can play both position well.
Other deep options are Munari, Behrami and Lazzari

problem for me that he has ppm 'shoots from distance'.
Back up can be too 19 years old Campagnaro

, who is on loan. His stats don't suggest much but he can develop into a good midfielder.

Strongest part of the team.
My starting left winger, and star of the ACF Fioretnina is Jovetic

. He should provide goals, assists all day long and provide the creative spark of the team. Back ups are 19 years old Ljaic with a potential rating of

, who will be definitely star for the future and Juan Manuel Vargas

truly is versatile can play all three position well, the problem that left wing is his natural position, which Jovetic is just better at.
On the right I have Cerci

as back ups. So as you can see I am spoiled for choice in this area.

For me starting strikers are Jovetic and Gilardino

, but I only use one in my formation so mostly I will be use Gilardino. The reason for that is that Jovetic can play as IF and Vargas can play LB or CM.
Back ups I have the two 'target man' Silva

, but he will be develop on loan.

Three exciting youth prospects are a potential rating of

- a centre back Nastasic, an inside forward Ryder Matos and a anchorman Salifu. Others are Lezzerini a keeper and Emperur a fullback, both with a potential rating of 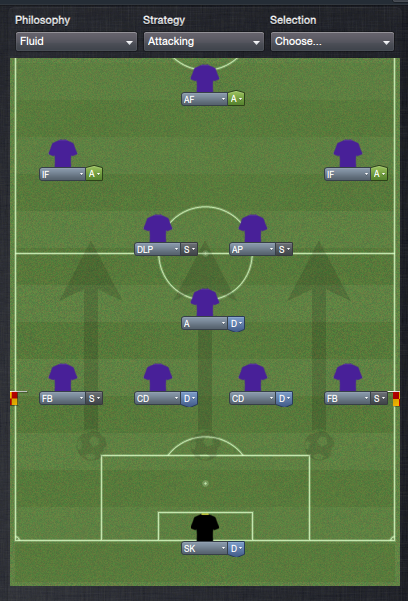 As you can see I have a lot of capable players with this team. The Serie A is an open competitive league, with a lot of teams capable of winning the league. Fiorentina are one of them, and I hope be the person to get them to thie first league title since 1969. They are also capable of unearthing hidden gems and unleashing them in the first team.

I know - this looks strange in 2021 year (random mind bluw gif). I've been playing football manager 2012 since release and still brings me a lot of fun, so this time i decied to write a story. From obvious reason I don't expect follows and write mostly for my own enjoyment, however if someone will like my first attempt at a team story I will be really HAPPY too.
I hope it will inspire you to play football manager 2012 and manage ACF FIORENTINA ;)

The next post about pre season soon
Login to Quote

Mota100
1 year
I continue to play FM12 too. Good luck
Login to Quote

burqo
1 year
Cheers for the positive comment. You too!
Login to Quote

I have a couple of people worth keeping. Nuciari (Gk Coach), Bovenzi and Blokar both fitness coaches and Marcolin - assistant.
The rest I got rid off and got my own staff in.

Signings for the season

I was close to sign solid DCM from free transfer, but Mahamadou Diarra rejected my contract. FC Sochaux-Montbeliard became his new club. 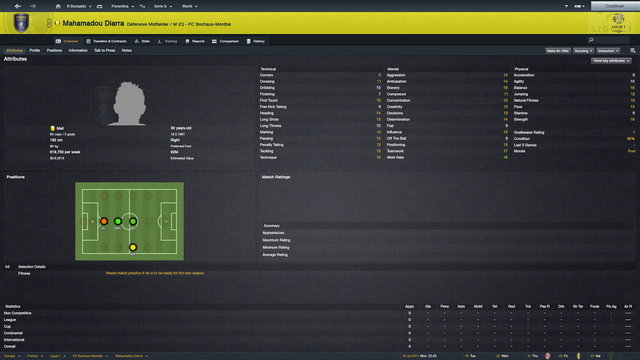 I sent on loan some young players like Camporese, Babacar and Agyei. Gulan will probably stay at the club until January.

Due to the fact that in this season I don't play in european cups, my realistic and reasonable aim is to be battling for the title Serie A champion and be there or there abouts.

For improve the players fitness and tactic familiarity I will play 12 friendly matches.

da Silva
We just won with Barca at Camp Nou. Look at this finish!


My first games has taken off with a bang. 7 wins from 7 games and 7 clean sheets. The next match with Real at Santiago Bernabeu. Someone will bet result? ;)


I'll let you know how I get on, when I get to the end of preseason. Cheers
Login to Quote

You are reading "Back to the ̶F̶u̶t̶u̶r̶e̶ Past™".