Jer
9 years
Nice start Arvind. Will you stay at Bayern after the first season or just leave for another club?
1
Login to Quote

Chris
9 years
Good luck, make sure you can win the champions league next year! Mwhahahaha

k1rups
9 years
Awesome! I love Oliver Kahn so good to see him involved in this story!
1
Login to Quote

gambit84
9 years
I was a goalkeeper when I was young and I loved Oliver Kahn! So I will definitely be following


Bayern Munich's new manager Oliver Kahn has shown his emphasis on youth players as three new youngsters have been added to the Bayern squad.

First on the list is German-Turkish midfielder Emre Can. 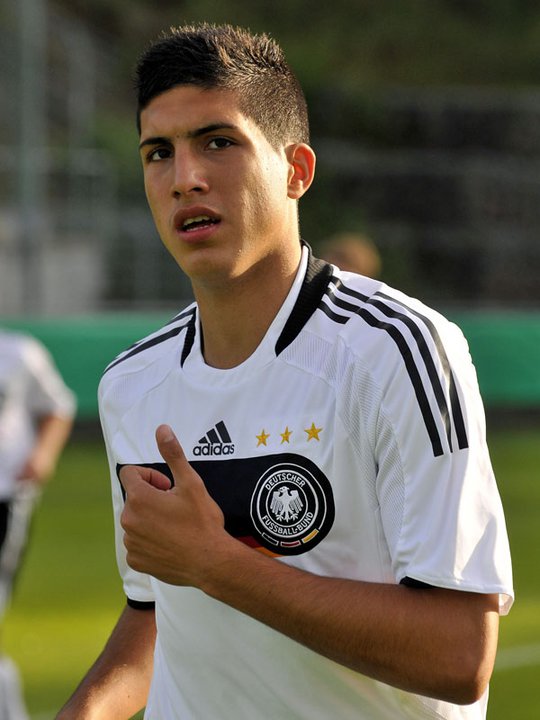 Can has spent the last few years in the reserve squad of the Bavarian club, but has now been promoted to the first team after impressing in the second squad. Can is eligible to play at the senior level for both Germany and Turkey. The Germany under-17 captain has been watched by Turkey, and might receive a call-up to their under-21 team during the next international break.

Newcastle United starlet Adam Campbell will join Bayern on the first of July when the German transfer window opens. The Geordie ace was subject to bids from Chelsea and Manchester City, but rejected those offers to move abroad for a fee of £1.8m.

"When I received the offers from Chelsea and City, my first instinct was to turn it down and stay at Newcastle because I love Tyneside and even though they(Chelsea and City) are big teams, they do not have a good youth system and it would be hard for me to get games. But when Bayern came in with an offer, they made it clear how much they value youth players and told me about all their elaborate plans. They made me feel important, and so I had no hesitation in signing for them."

"It will probably be a big change in lifestyle from Newcastle to Bayern, but I don't have to worry about it now. I'll be spending the rest of June with my family and then I'll be off to Munich to check out the club's facilities and just the city in general. The gaffer said he's trying to get me a loan deal in the Championship so I can just get some games and keep improving."

Fallen Spanish giants Villarreal have sold their promising youngster Moi Gomez to Bayern Munich for a fee of £3m. The exciting attacking midfielder is said to be thrilled with the completion of the move, and is looking forward to working hard and earning his spot in the first team in the years to come.

The midfielder has already been placed on the loan list to gain more experience, and is attracting interest from Bundesliga club Hoffenheim.


These three, along with the likes of Alaba and Toni Kroos - who are already in the first team - look to be proof that Bayern fans have much to look forward for the future.
Login to Quote

k1rups
9 years
ahhhhhhhh finally haha good signings here! defo a big fan of the adam campbell one and the idea to bring in emre can in to the senior squad
1
Login to Quote

Campbell is quite poor technique-wise, but he has monster pace, so hopefully he'll be some sort of Super-Walcott.

Can looks to be quite promising as well, and I've mainly only placed him in the squad so he gets training from the first team coaches and also because I can get him tutored by Tymoschuk to get his determination up. He probably won't play too many games this season because both Martinez and Tymo are impressing me atm. I will probably sort out a loan move for him in January and hopefully by next season he'll be ready to play backup to Martinez.
Login to Quote

Jeremy: You'll have to wait until the end of the season to see what I have in store

Chris: Next year? Why not this year?

k1rups: When I tried thinking of Bayern players from the recent past who were the "legendary" material, Kahn is the only one who came to my mind.

Gambit: He was is an absolute legend. One of the best goalies in the recent past. Hope you do keep following

Gashead: Thanks, everyone else seems to think so too!

Glenn: Indeed. Felt it was about time I tried to do a story again.
Login to Quote

Bayern have already spent £35m on defensive midfielder Javi Martinez this summer, and the presence of veteran Anatoliy Tymoschuk and the promotion of youngster Emre Can indicated that Luiz would be heading out of the Allianz Arena this season. The Brazilian international will join Chelsea for a fee of £20m to link up with compatriots David Luiz, Oscar and Ramires. 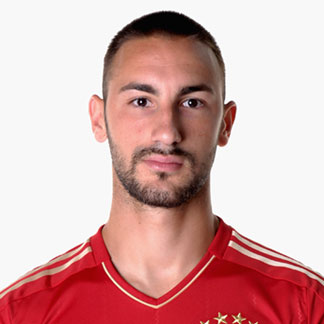 Diego Contento found himself at the bottom at the pecking order for Bayern this season, being behind the likes of Alaba, Lahm and Boateng. Kahn has viewed the full back as dispensable and he has been shipped off for £2.4m to Hoffenheim who have also grabbed Bayern starlet Moi Gomez on loan.
Login to Quote