After a season of 36 games Rangers won the majority of them. They won 34, drew once and lost once. This resulted in Rangers completing the season on 103 points and a +84 goal difference. This is the journey of have they got there.

During this period Rangers only lost one game and that was in the Scottish League cup 2nd round against St Mirren. I don't actually follow Scottish football but St Mirren look like a 2nd place team as Rangers are in the third division. Other than that that defeat the other fixtures were all positive but this is expected because RANGERS ARE MIGHTY! That sounded quite stupid but i digress. Lingazi during this period was on fire creating a lot of goals ans scoring a scorcher against Stirling. 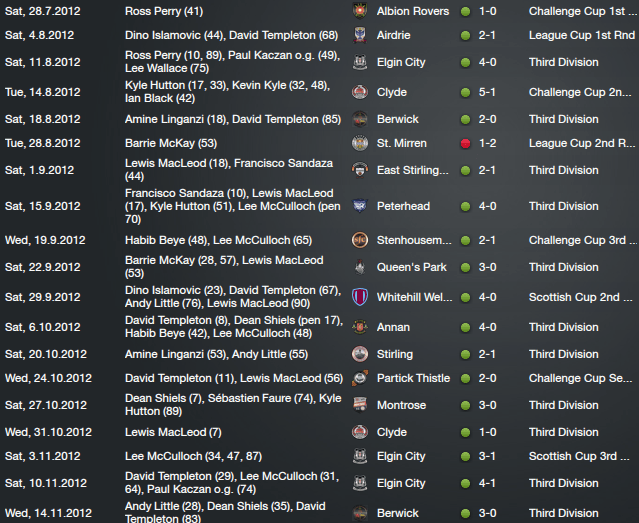 Rablador
8 years
St Mirren are a second from bottom team :L And if you beat Arbroath next season, there will be consequences. You have been warned.

wellsy1498
8 years
Here your comment. Hope you like it. HAHA this story will be great and its a great idea aswel
Login to Quote


Expected that from you Wellsy


Expected that from you Wellsy

Here is a 19 game period including a cup win and two rounds of the Scottish league cup where Rangers were knocked out at the fifth round by Queen of the South.

The first game of this period was a win against Falkirk in the Scottish challenge cup final. Falkirk were holders of the trophy before the 3-1 loss to Rangers. An own goal by Keiran Duffie then a goal by Faure in the 16th minute contributed to a win then too round it off a Rangers "oldie" scored a penalty to finish the game. This was Rangers first piece of silverware during the 2012/2013 season.
13 games later a game against Queen of the South made sure that Rangers couldn't win the treble but the double was going to happen. It was a poor game for both sides as Queen of the Sth scored a extremely early goal n the 1st minute and nobody was able to score anymore goals.
There was two fixtures during this period where Rangers won by a large margin, these were the Peterhead and Queens Park games. The Peterhead game finished 7-2 whereas the Queens Park game finished 6-0. 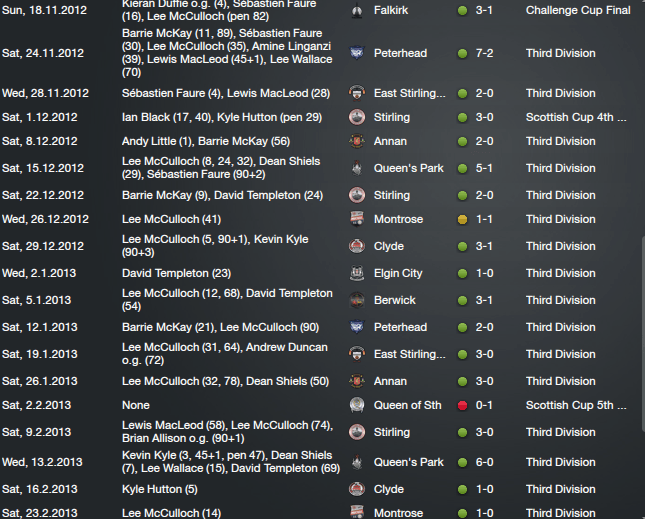 Jamesg237
8 years
A very good mix of results there with it all looking very positive. Keep it up.
Login to Quote

You are reading "Rising the fallen- Rangers".