Who is Julien Rivière

Julien Rivière is 28y/o Frenchman born in the outskirts of Paris. After spending all his teenage years in the Paris Saint Germain youth academy, the promising youngster had his contract terminated and fell into a deep depression. 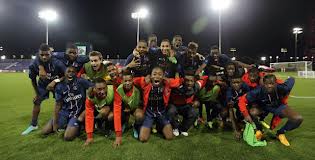 Julien was always a top athlete, a tricky winger who could embarrass defenders with his quick feet and amazing pace. After the disappointment at PSG, Julien couldn't motivate himself to train and began putting on weight. He lost his pace and when he turned 21,he was turned down again by PSG at a trial.

His career finished as soon as it started, he had the potential to succeed but was not mentally strong. He officially retired at the age of 27 after failing to secure a contact at any Ligue 1 clubs after multiple trials.


Julien faced financial problems and needed some income. He had been employed in several jobs but couldn't stay at it and knew his heart was in football. After finally being convinced by his family to earn his coaching badges, Julien did just so and is looking forward to the prospect of managing his own team. 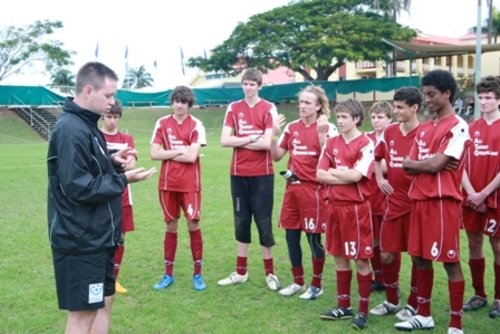 
I cant remember the last time I had been this nervous. I have already done 6 interviews in the past 2 weeks but this was different. I have lived in Paris all my life so obviously a job in Paris would be suitable. Paris FC was who I was applying for today, the club suits me down to the ground. We both share a strong hatred for those over at Paris Saint Germain, ever since the two clubs split PSG have had all the success while Paris FC have lingered down in the lower divsions. Words cant describe my hatred for them. Anyway I better get in there.

JR : Thanks for having me

CM : So,from our research we seen you spent a few years playing with PSG, What was that like?

JR : With all due respect I would rather not speak about them, I have no good words to say.

CM : Oh, okay I see. You have no previous managing experience, so why should I take a chance on you at Paris FC?.

One step closer at revenge. My first job in management and its at Paris FC. We both share one similar hatred for PSG and that is what will bring us success. Okay the squad we have is weak but in time we can build and climb the divisions. These are the goals I want to achieve before I finish at Paris FC : 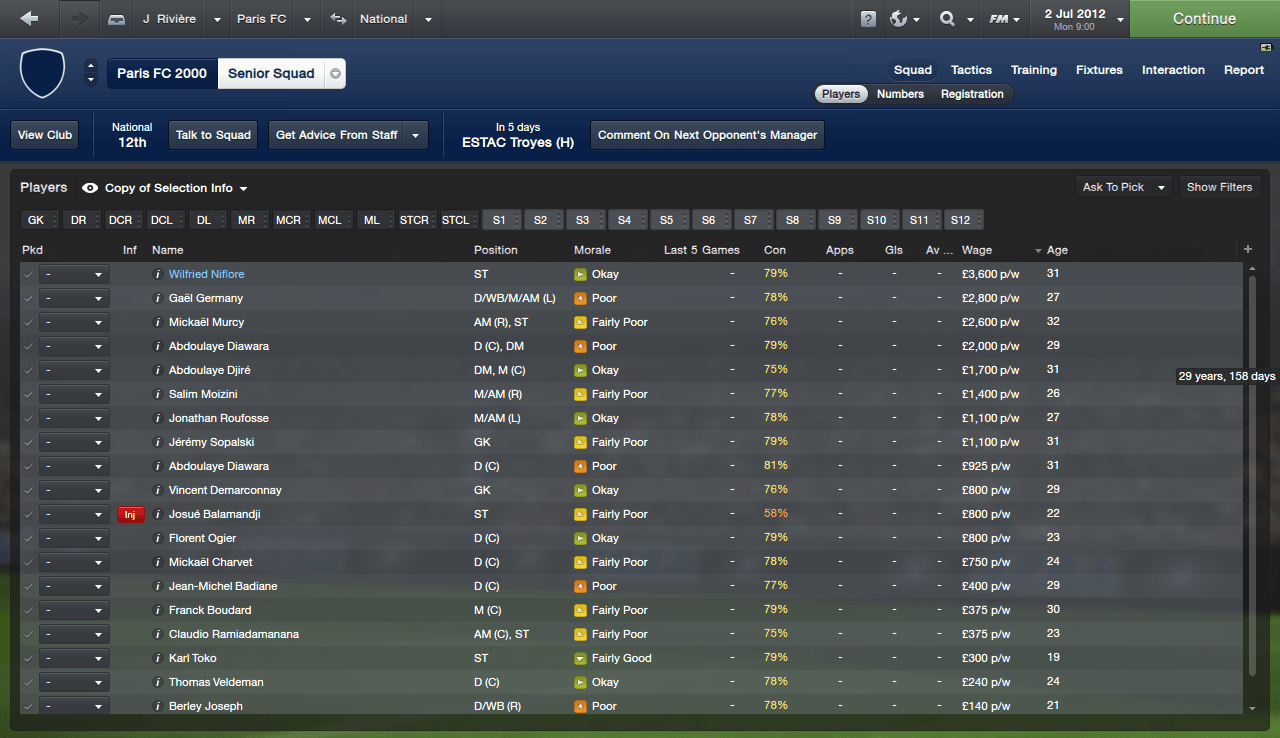 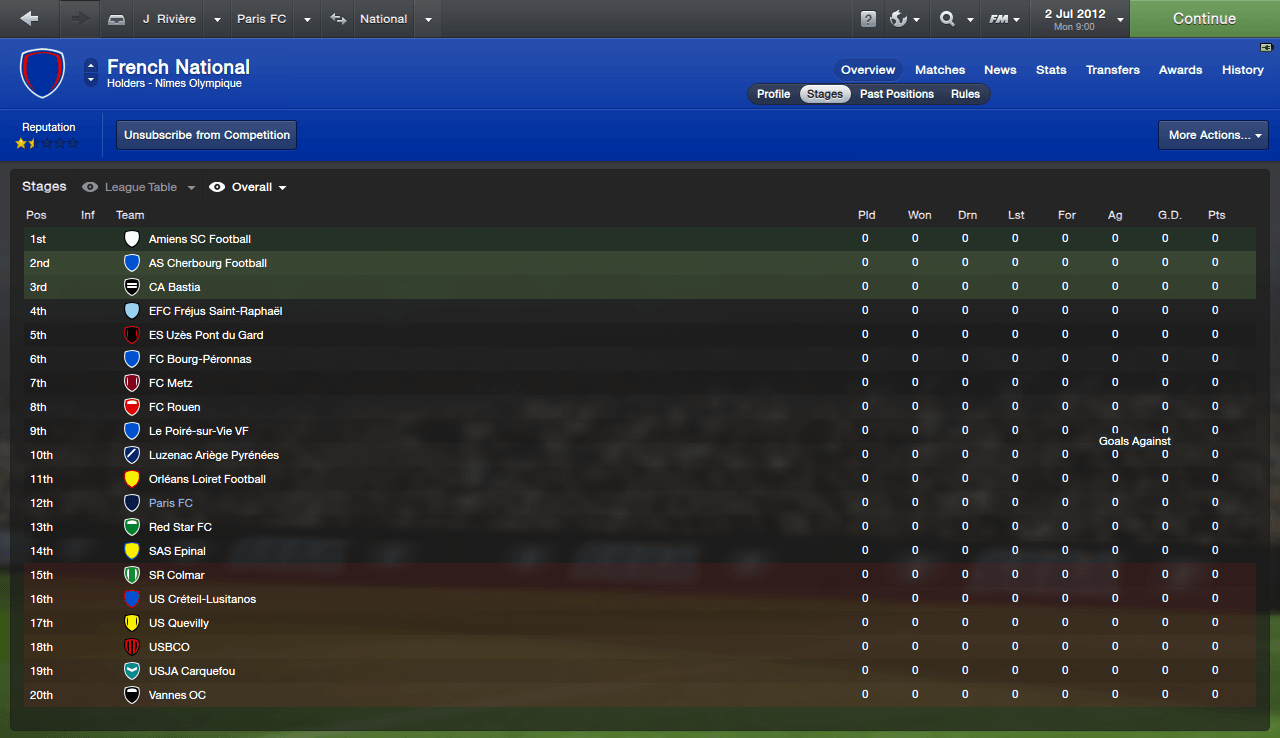 Two promotions would be needed before we can even think about challenging them idiots. We are not even expected to go up this season, and with the lack of finances available, it will be tough to change around this squad.

Well anyway I better leave it there, I have a press conference to attend. This will be the start of a new era, the era of Paris FC, not Paris Saint Germain!
Login to Quote

k1rups
8 years
Nice start mate this will be a tough challenge but would be great if you take them all the way to the top!
1
Login to Quote


I addressed the squad, told them what I expected of them, told them about my goals and generally they reacted well. We had a lot of games lined up for pre season and I opted to try out a 4-2-3-1 formation. I also dipped my fingers into the transfer market and so far have brought in 3 players. We were very weak at Right back and centre mid so I managed to sign players in both positions as well as bringing in another striker on loan. The media have given us 14-1 odds to be promoted. It will be tough but I must convince the lads that they are good enough to go up. 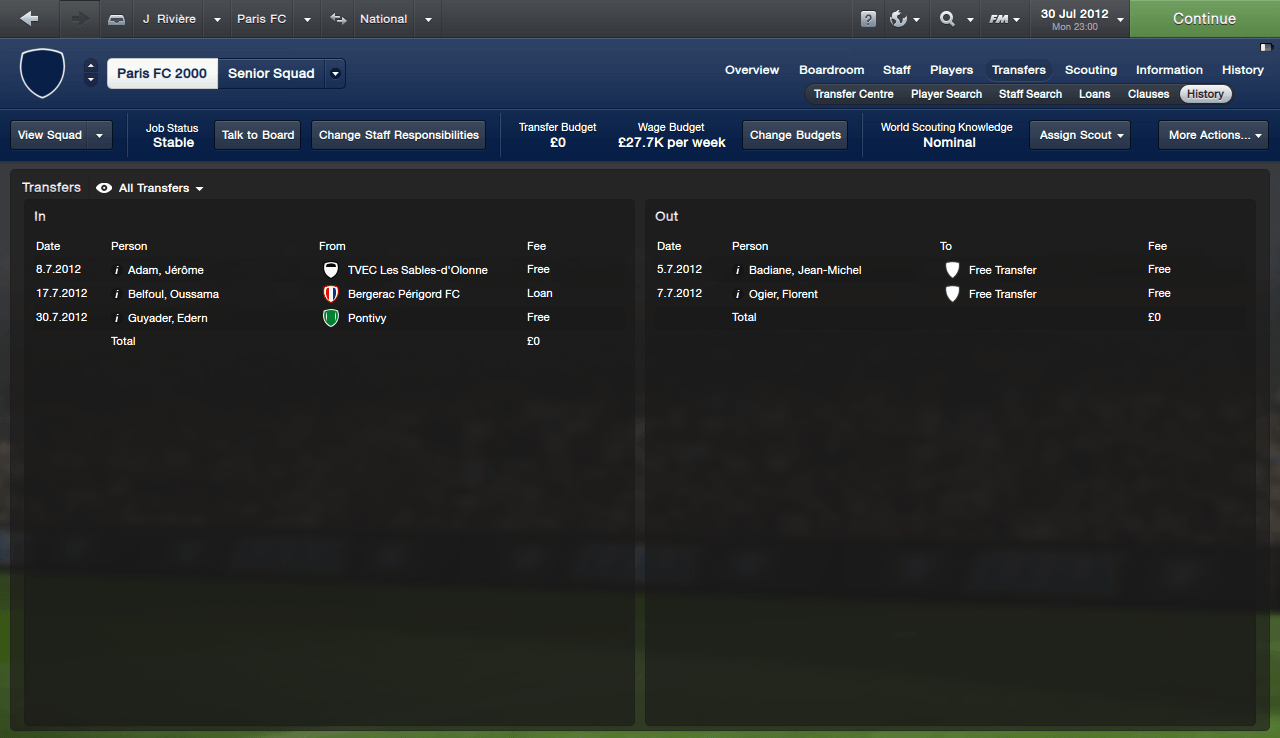 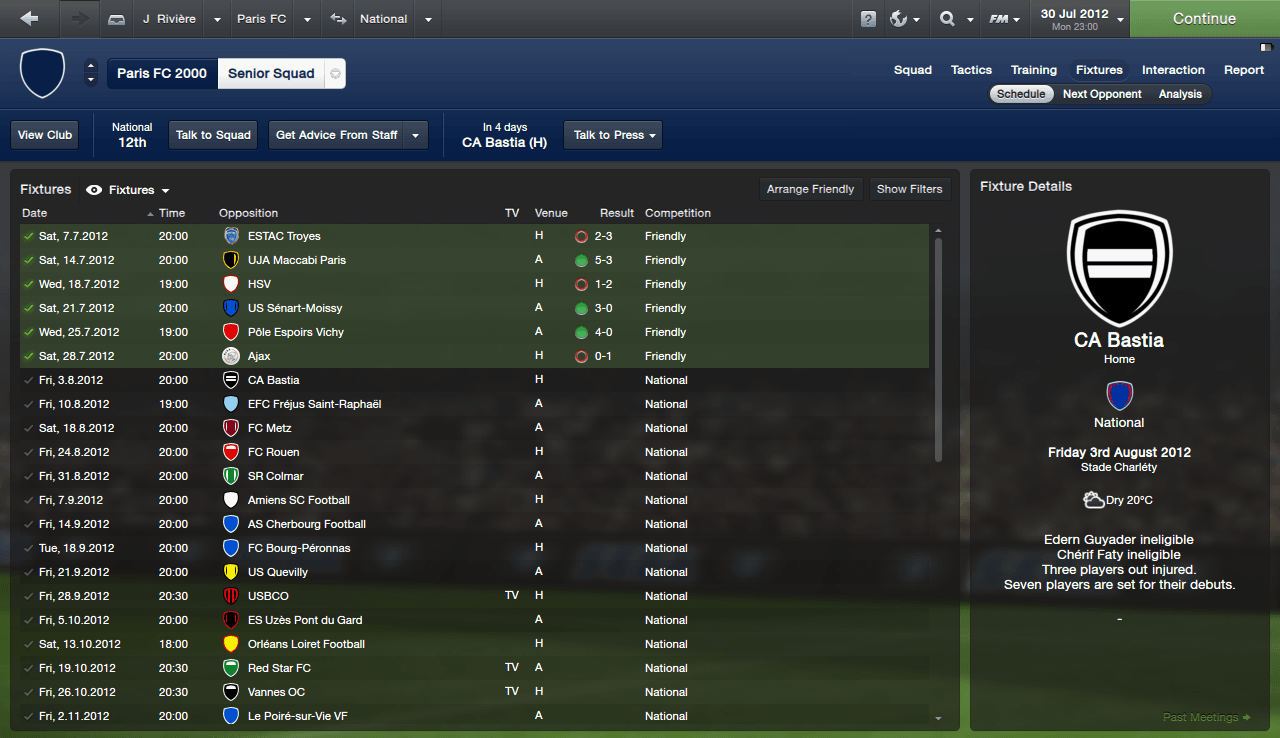 Glenn T
8 years
I love it, it's a fantastic start. I hope you keep this going as much as your Gary Neville story!

Thanks Glenn! Yeah the Gary Neville story was fun hopefully this one will go on longer!
Login to Quote

and thats all our Premier League transfer news up to date.

Elsewhere over in France, a bizarre news story has made headlines all over the country. In the third tier of French football, Newly appointed manager of Paris FC, Julien Rivière has blasted both PSG and Carlo Ancelotti in his first meeting with the media.

He stated that "PSG and Carlo alike have ruined everything that french football should be. They are trying to copy the likes of Manchester City and Chelsea and to be honest, I would love to see them go bankrupt. Carlo Ancelotti is a money whore. Enough said" It is believed that the French FA are looking into this incident and Julien could find himself in the stands before his managerial career even begins.

He also mentioned that "This club will overtake PSG, mark my words. We will be releasing most of our squad and replacing them with fresh, younger talent. Maybe for the first few years we will struggle but once the team matures we will be a force." 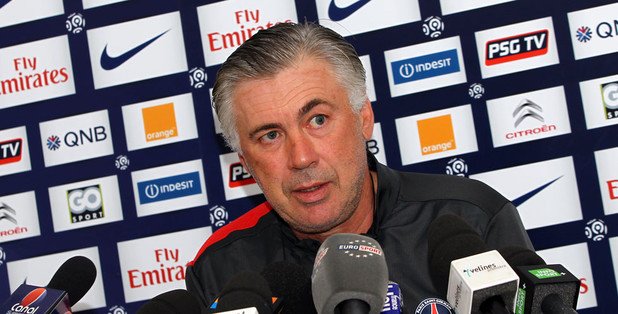 Carlo was then asked while on his pre season tour what he made of these comments. He jokingly replied "Who is Julien Rivière? Who is Paris FC? Maybe they are good team, I don't know. I never have seen them play."
Login to Quote

You are reading "Julien Rivière - The Grudge".