Louis O.
7 years
A great first season sets you up for a fantabulous second 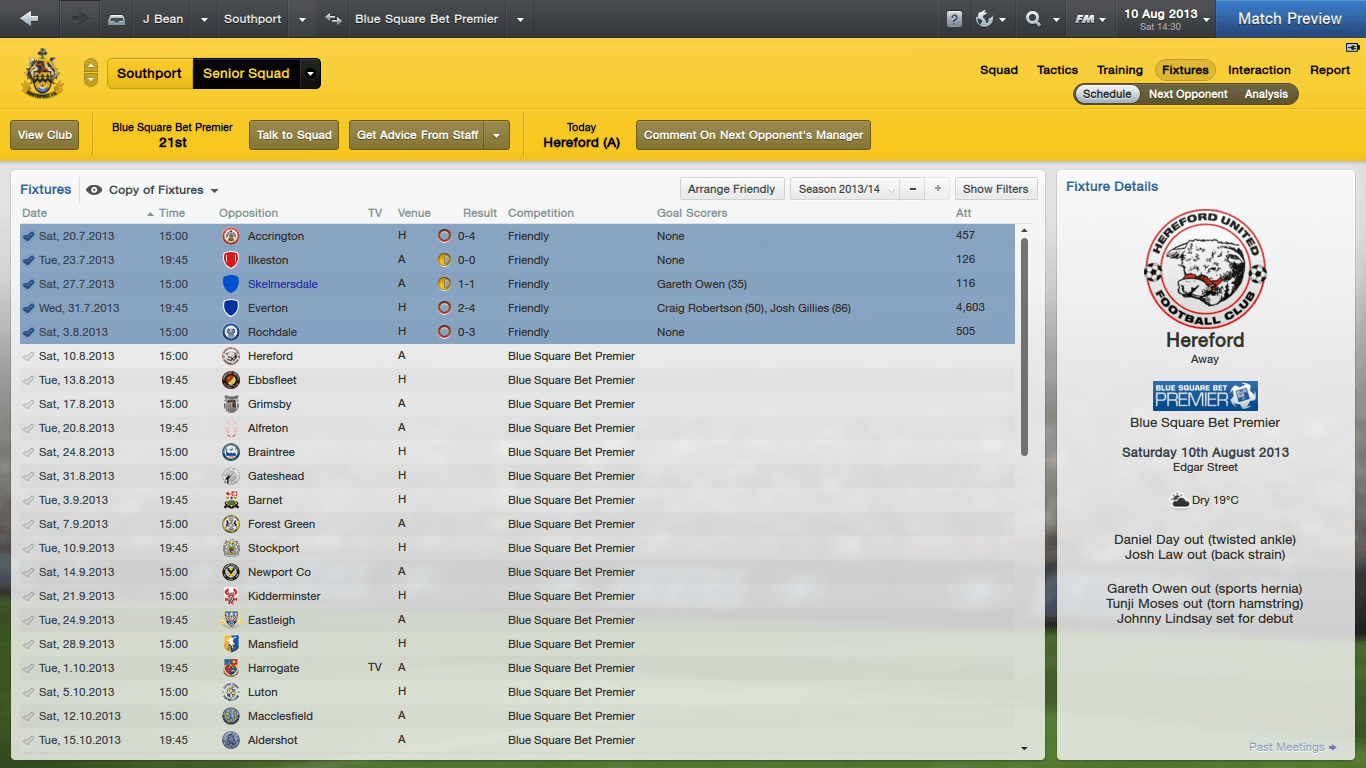 A very poor pre-season has left Southport fans anxious about how the season is going to go this season. Many of them have been wondering if their side will be able to perform anywhere near as well as they did last season. Southport manager Joshua Bean had this to say.

"There is no need to get worried about the pre-season. We were still adjusting to the new tactics we have decided to experiment this year I had a dream about Vauxhall using this similar tactic and getting all the way to the Premier League (Justice's story). So I have decided to give it a go to see if we can push for promotion. 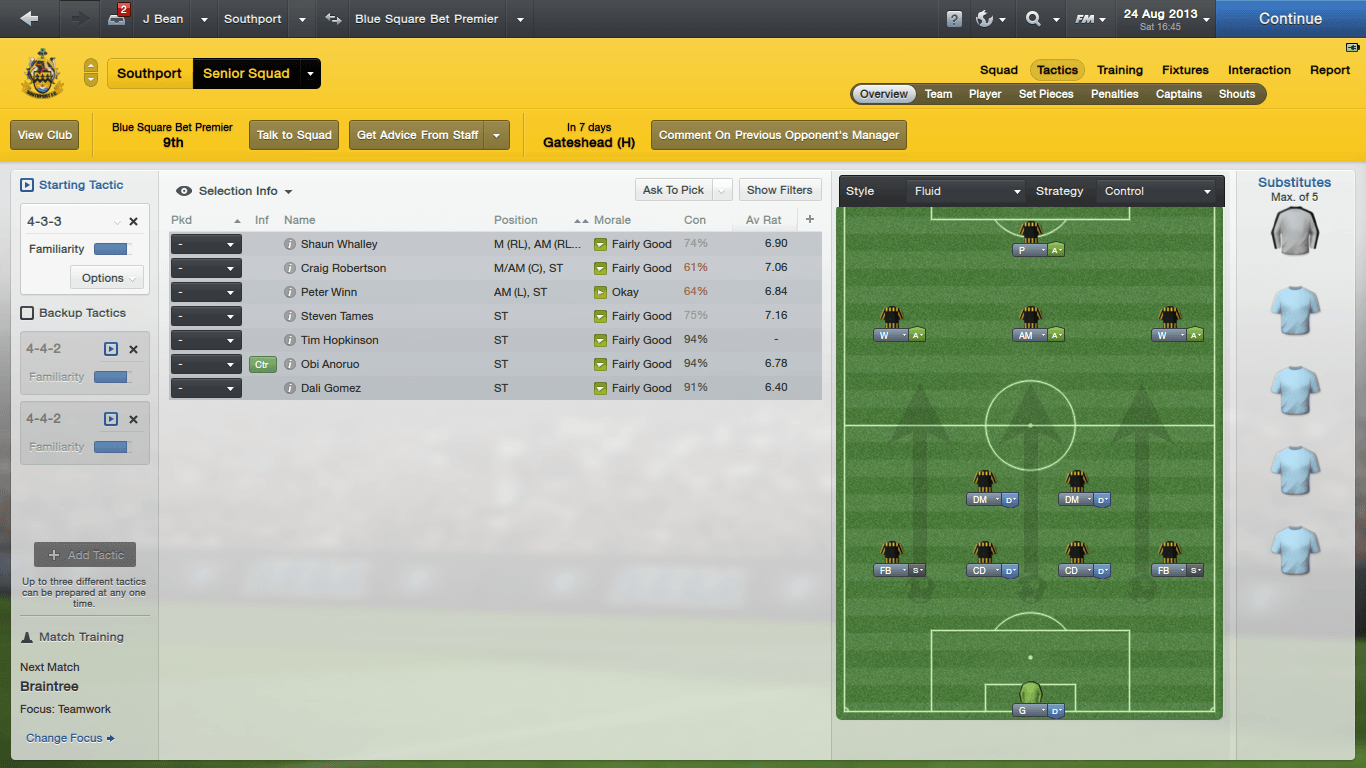 Justice's tactic all credit goes to him

Bean Admits Promotion Is Not Likely


After so much build up to the new season after winning the FA Trophy just a few months ago. Joshua Bean has enraged Southport fans by claiming that even though his side will try their best to gain promotion he does not think it is very likely. He made these comments in a local newspaper interview where he also stated how much he is enjoying his time at Southport.

But to admit that they do not have a good chance of promotion is not good enough for the fans and the 'boo boys' are back in full voice calling for him to be sacked.

I don't remember helping you with a tactic

That tactic is all your's!

Hopefully you can do well this season

Justice: Haha yes all mine
Login to Quote

RandydeB
7 years
A bad preseason, but who says that is going to be the same for the rest of the season

Jozef
7 years
no Beany, aspire for the top, don't admit that.
Login to Quote