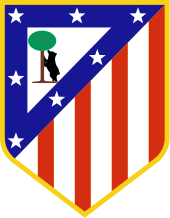 Founded in 1903, Atlético Madrid are a professional Spanish club currently playing in the Liga BBVA. The club play their home games at Vicente Calderón and possess top training facilities and good youth facilities. The club's training ground is Nuevo Cerro del Espino. The Atlético Madrid reserve team play at Nuevo Cerro del Espino. The club has above average junior coaching and a well-established youth recruitment network. The club is affectionately known as Los Colchoneros and retains a fierce rivalry with Real Madrid.

Enjoying their greatest spell of success during the 1970's, Los Colchoneros have a history they can be proud of. Boasting a total of 25 competition wins, here are just some of their highlights: At. Madrid finished runners-up in the Champions League in 1974, won the Liga BBVA 9 times and are 8 time runners-up, won the Cup Winners Cup in 1962 and finished second best two further times, and won the UEFA Cup in 2010. 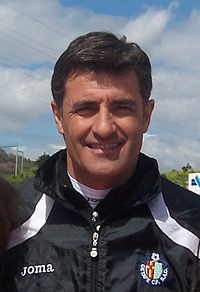 Atletico should be fun to manage, good luck!

Max22EFC
9 years
Good luck, should be good.
Login to Quote

Nathaniel
9 years
Have you transferred Villa over?
Login to Quote

P-KIDDY: Cheers, thought it might spice it up a bit


Not the best pre-season but to me, friendly's are all about getting the squad fit and I believe I have done that. 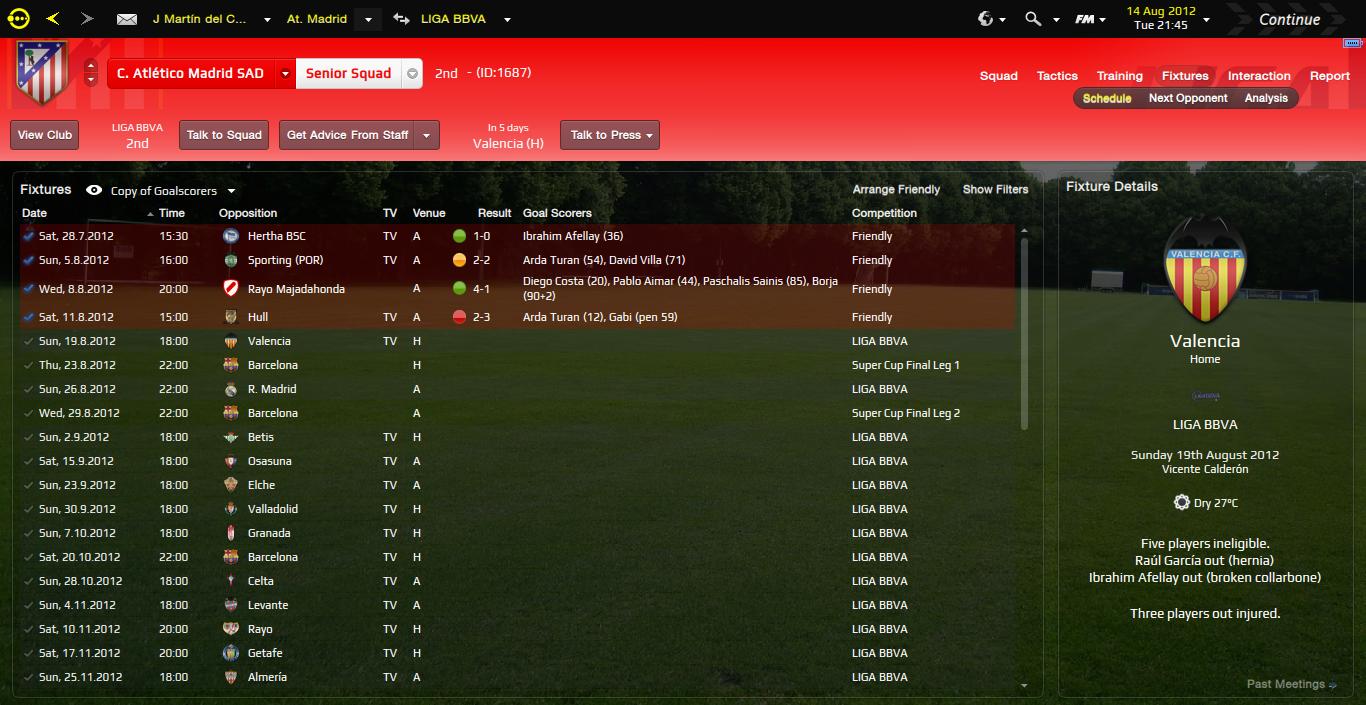 
In transfer deals I have completed deals that will benefit us now and benefit us in the future. 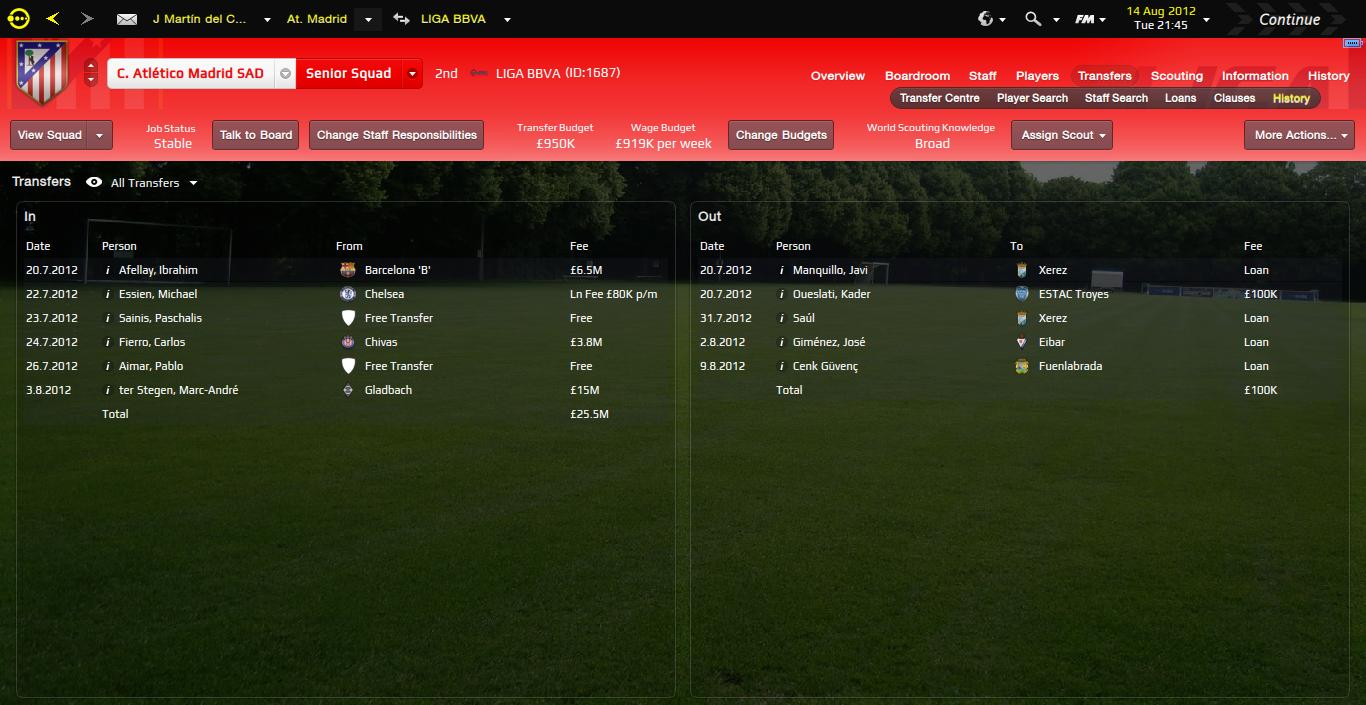 Ibrahim Afellay: Ibrahim has excellent attributes and I believe he will do a job for us now and in the near future. We also got him for a bargain fee and I hope to make a profit in the future. 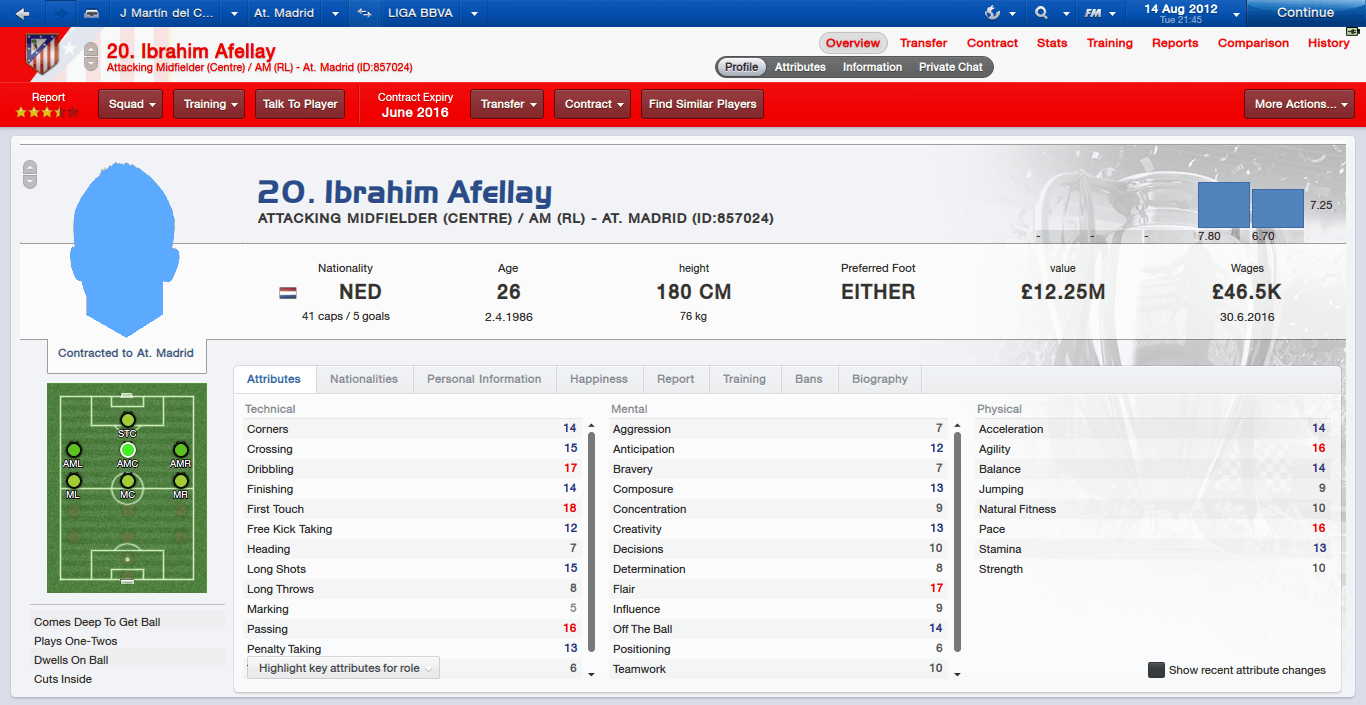 Michael Essien: Michael is getting old and I felt we had to get him on loan because if we signed him permanently we would be stuck with him and wouldn't be able to get rid of him, but if he performs well this season I may well consider a permanent move. 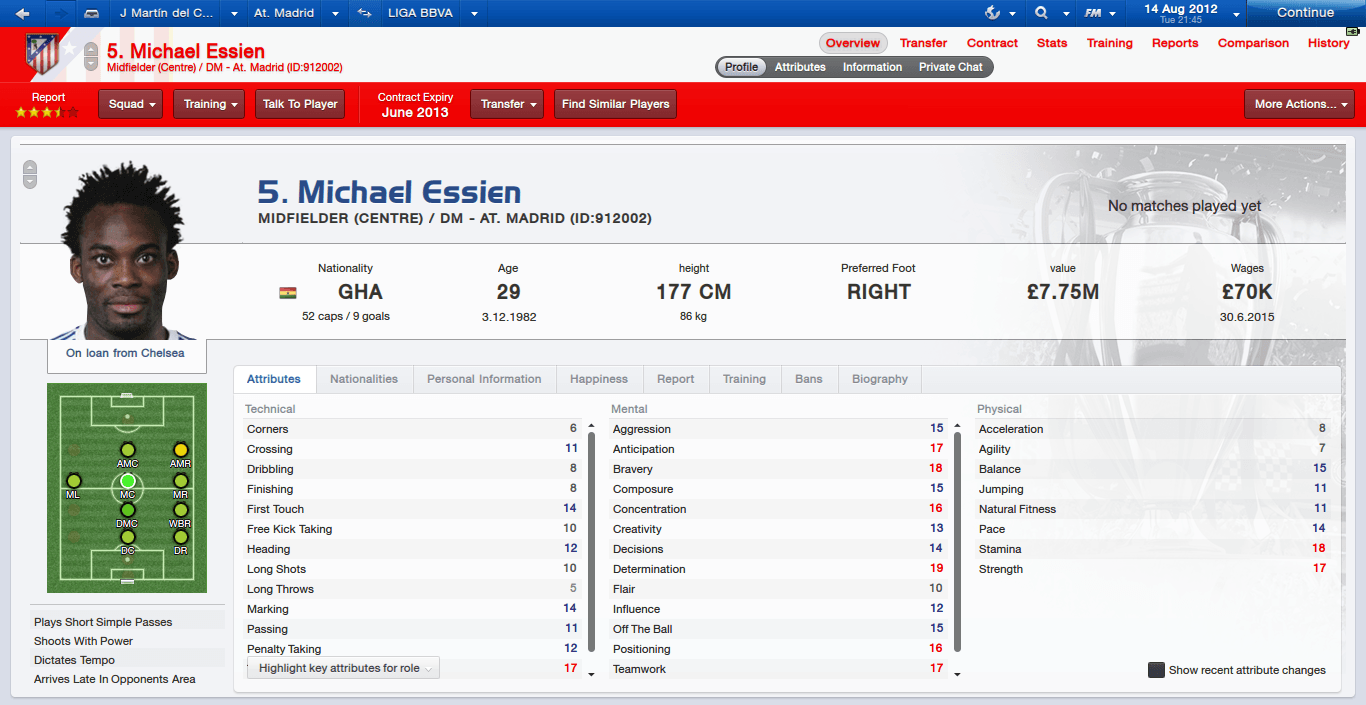 Paschalis Sainis: I feel I have gotten a great bargain here, he won't be featuring in the first team too much this season but he is a definite rising star who I feel will come a great player soon. 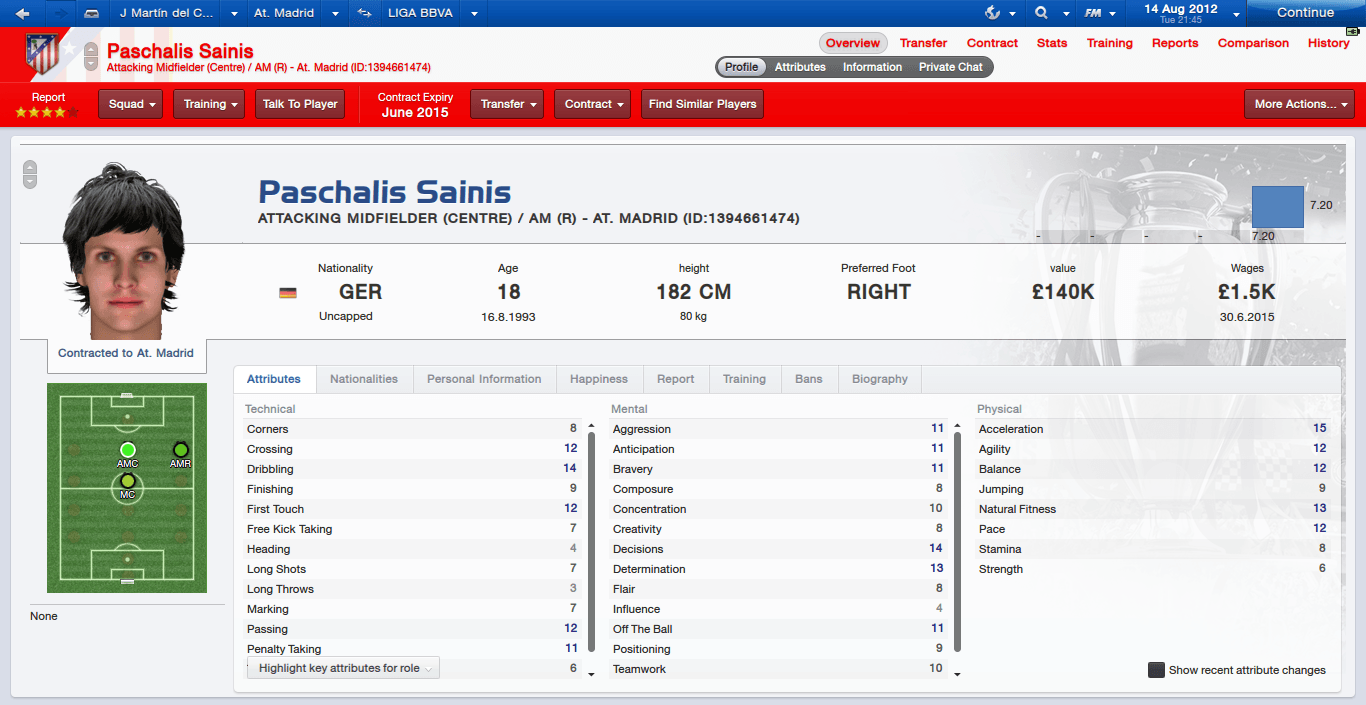 Carlos Fierro: I think we all know Carlos and how well he can get, I was lucky enough to get him for a cheap £3,800,000 and he will definitely benefit us in the future but I have received a few loan offers for him so I will look to loan him out this season and keep an eye on his progress. 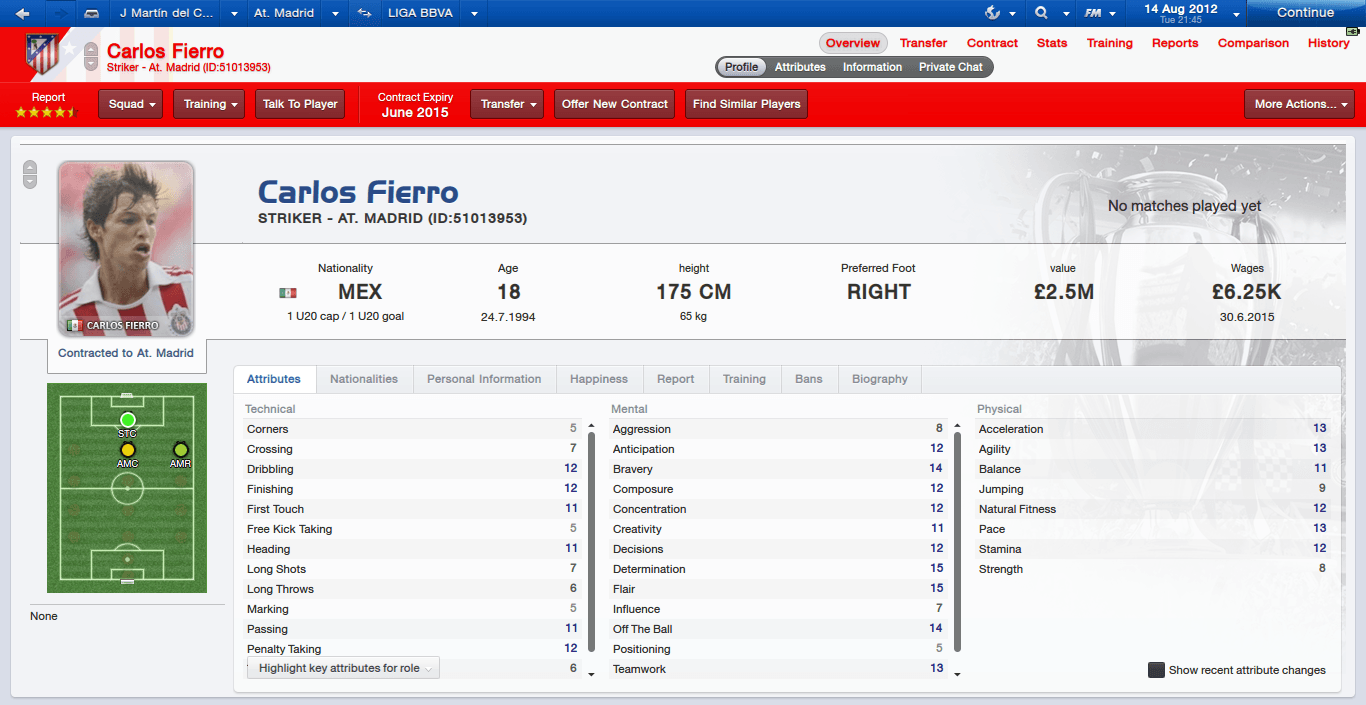 Pablo Aimar: Many clubs were after Pablo but I was lucky enough to sign him. He will come as a great asset to Atlético Madrid and will add European experience to our relatively young side. 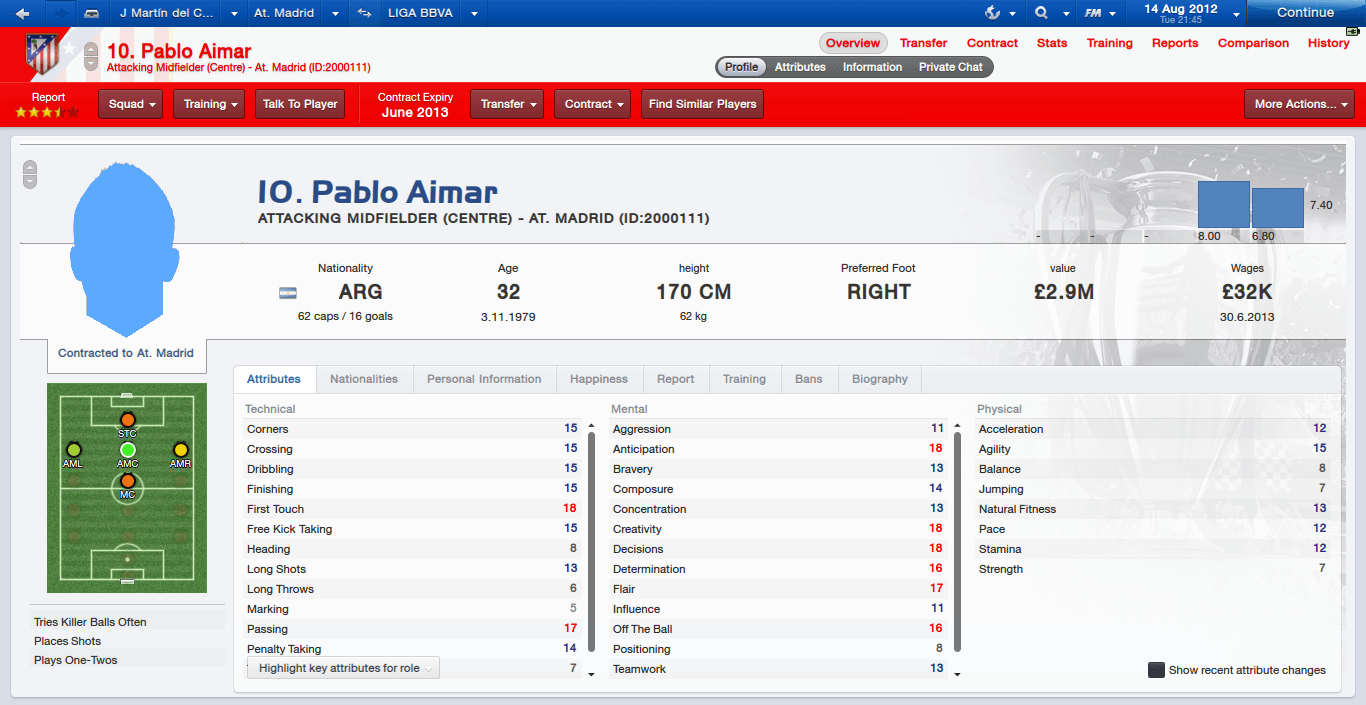 Marc-André ter Stegen: One of the most sought after keepers in the world joined for us which I was very pleased with. He wiped out my transfer budget after buying him for £15,000,000 but I'm sure it will be worth it. 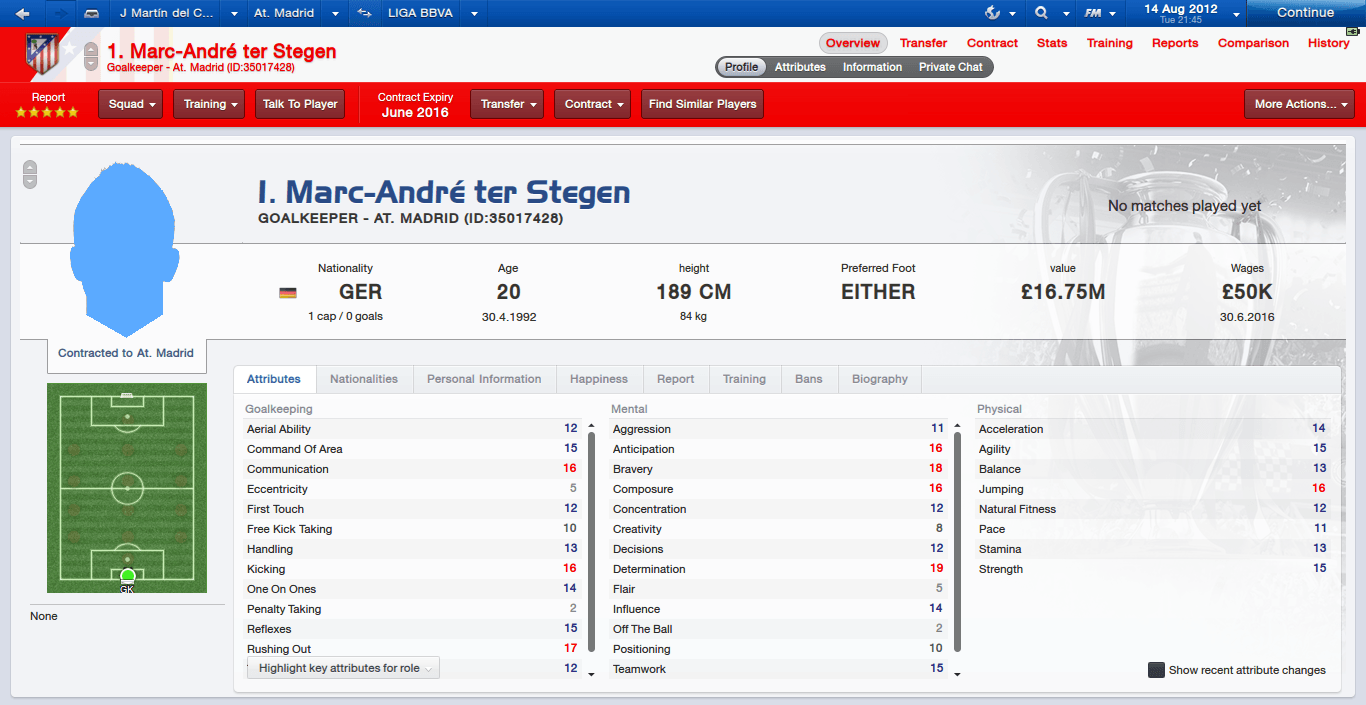 Verdinho
9 years
A nice bunch signed. Essien and Aimar can teach a few of the younger lot like Koke and Torres

Jamesg237
9 years
Can't recall an Athletico Madrid story so this will be an interesting one to follow! Good luck.
Login to Quote

Jack
9 years
P-KIDDY: Yeah that was my aim really

Jamesg: Thank you!
Login to Quote


What a terrible month! 4 games, 4 losses. To be fair to my players though, they were against very tough opponents but we should be proving we are better than them! 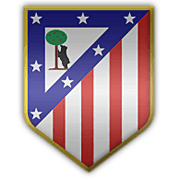 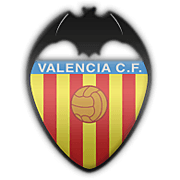 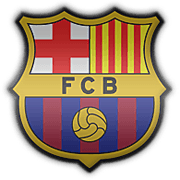 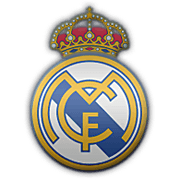 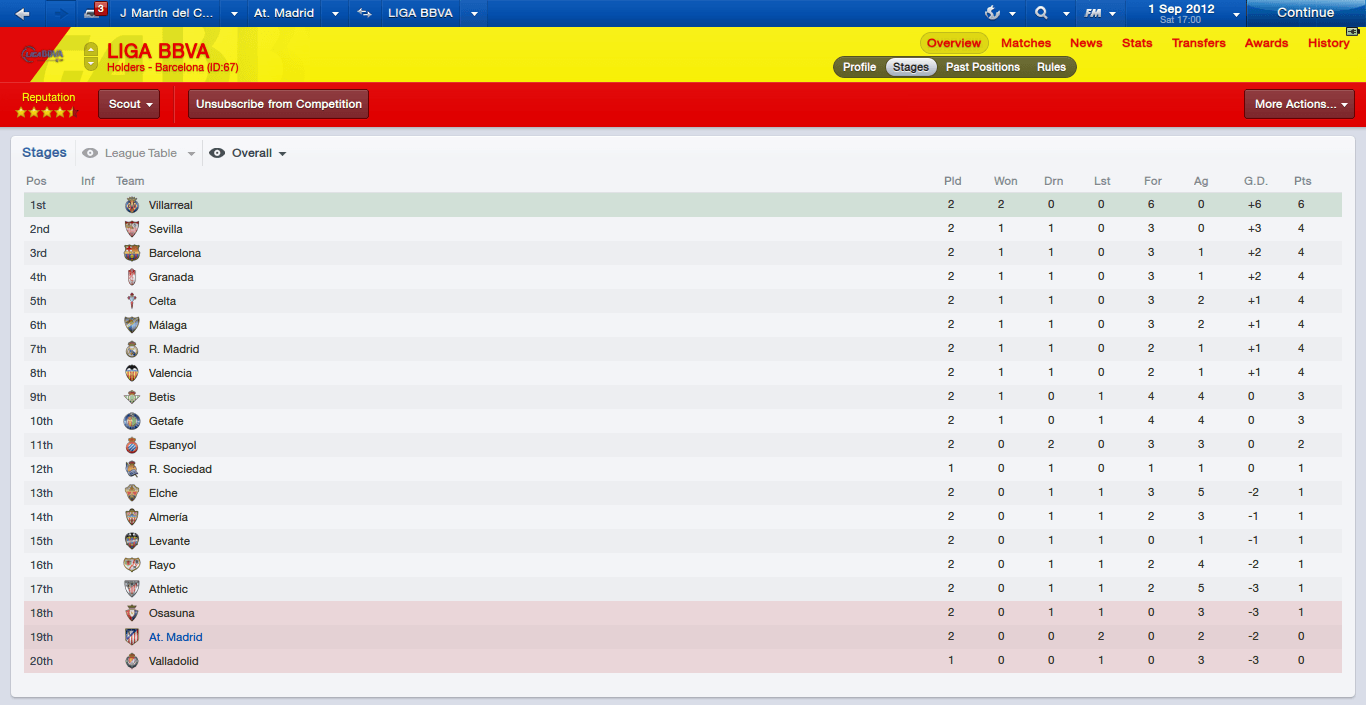 
I brought in one more player to the team and his name is Adrien Rabiot. I got him for nothing as he was part of a deal which led Mario Suarez go to Paris Saint-Germain for £18,000,000 with Rabiot coming our way and now we have just under £35,000,000 to spend in January which I am very pleased about. 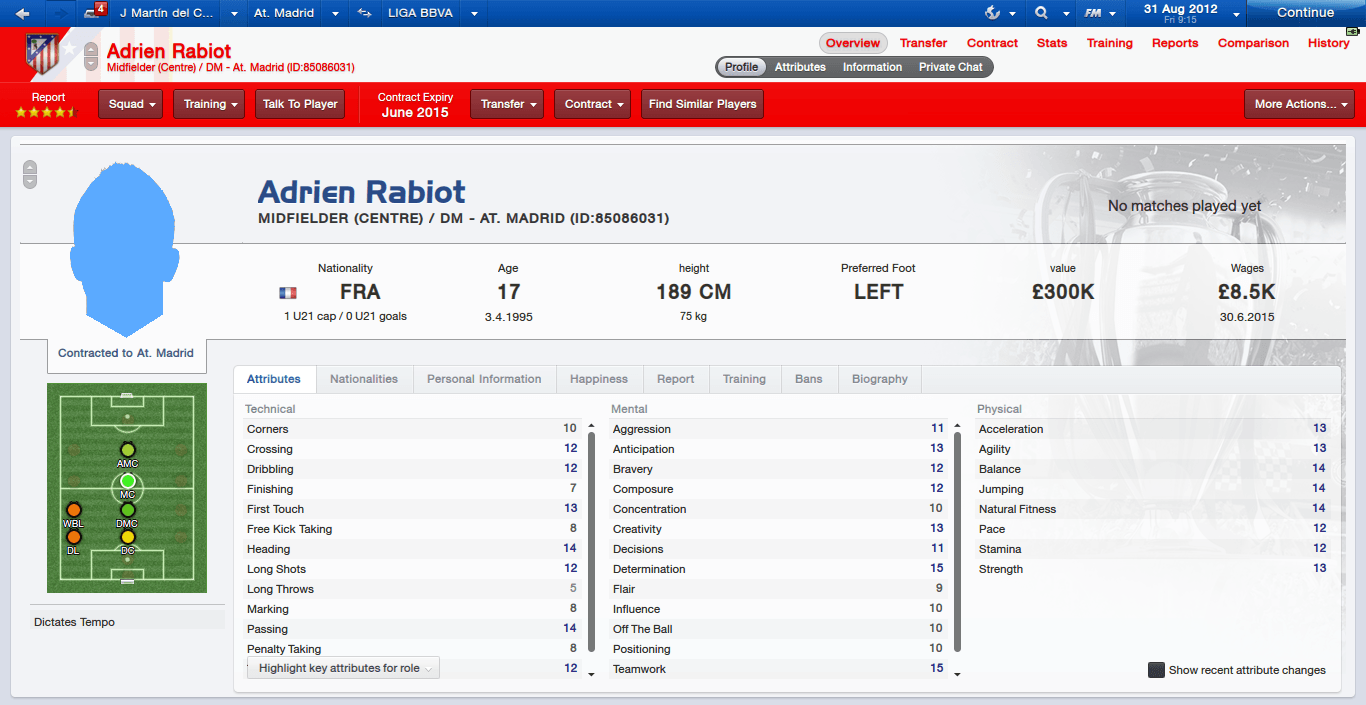 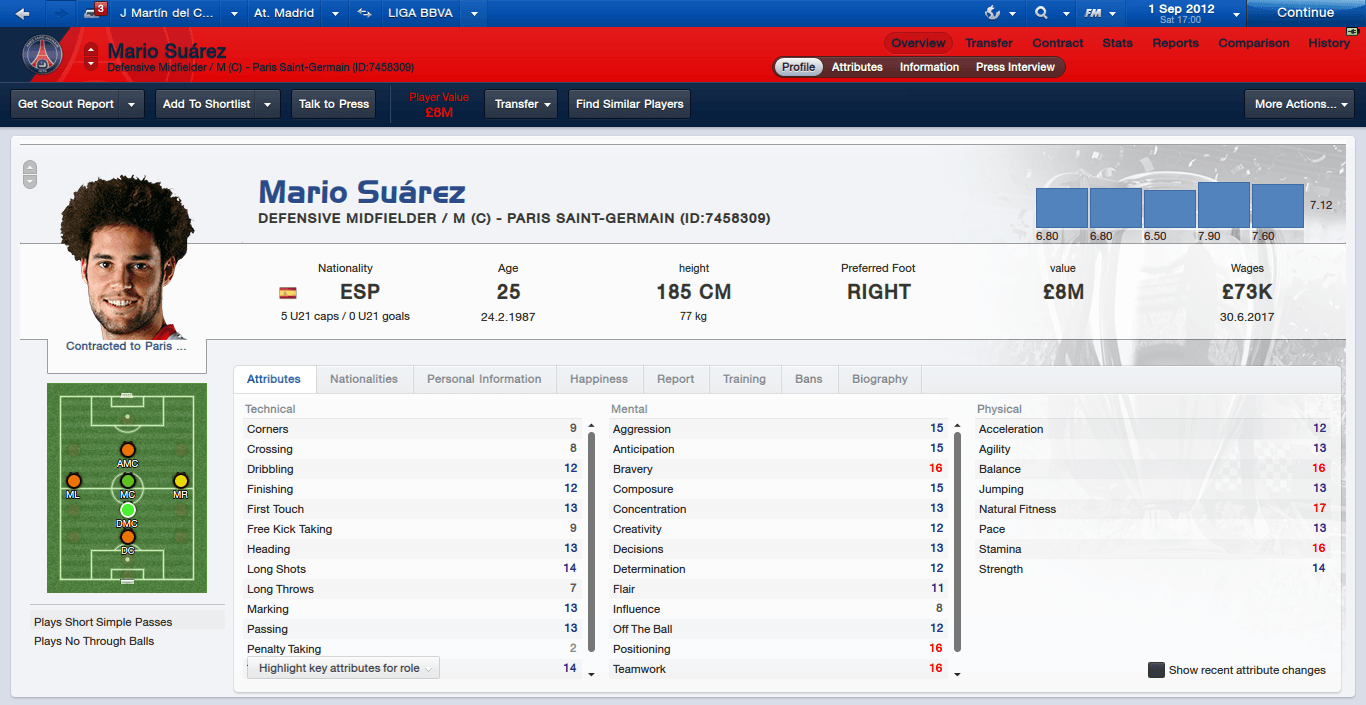 Another player who left the club was Carlos Fierro, he wasn't going to get a game here so I decided to loan him Second Division B1 side Salamanca where he has scored 1 goal in 3 games. 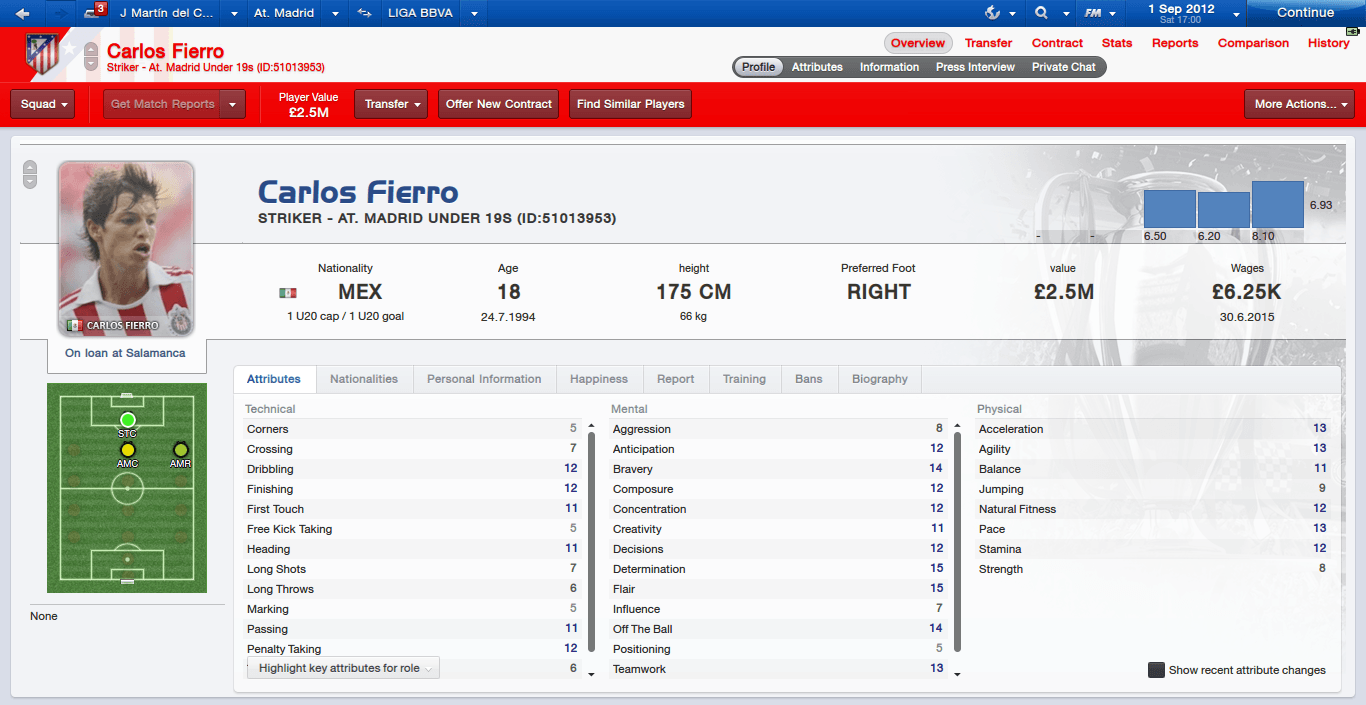 Jozef
9 years
Those results are not your fault at all, those teams are quality.
Login to Quote

You are reading "Atlético Madrid: The Fight For The Top".