It was a perfect month! The great performances of the players are reflected in the results and the position in the league table!

We won the first leg against Manchester City on Etihad Stadium with 1-0, Immobile brought us the away goal we needed so much so now we are favourites for qualification in front of our fans, but this clash is far from over, we have to be very good in teh second leg to eliminate City.

Walter
7 years
A perfect month! Wins everywhere, keep it up

Although, why did you put Zaragoza's logo next to City's?

Slid3Tackle
7 years
thanks Walter, it was a mistake, I edited it.
Login to Quote

Clearly the most important game of the month was the derby against Barcelona.It was my first win against Barcelona and felt very special. I want to mention the great performances of Welbeck, scoring in every match! I told you that he is a world class player!

The second leg against City ended 0-0, so we qualified in the quarter final of Champions League.There we met Celtic at Celtic Park and again 0-0 the final score. I would prefer a goal scored away and a defeat than a 0-0 draw.

De Bruyne created a new record this season, being the player with most assists in a season for Atletico Madrid.

The biggest surprise of the month was the phone call I recived from mister Roman Abramovich, Chealsea's chairman, which offered me the role to manage Chelsea. I was very happy to recieve this offer, but I told him that I started something here and I want to end it. If he wants, we can delay the talkings until the end of the season and we will see then if we will agree each others askings and he accepted.
I would love to manage at Stamford Bridge, but we will have to wait till summer to see if it will happen.

Walter
7 years
Another fantastic month. A move to Chelsea would also be a great move

Don't listen to Walter, he doesn't know what he's talking about

Slid3Tackle
7 years
Which is your favourite team Pixel? manchester?Liverpool?Arsenal?:))
Login to Quote

So you really want to be sacked within 3 months?
Login to Quote

Slid3Tackle
7 years
Well, I must say, I didn't expect that answer

Last month we defeated Barcelona in the league, this month we destroyed Real Madrid...I think that will be a shame if we don't win the league.Sadly, the last game of the month was a draw, and now, 2 games till the end, we are first place with 3 points in front of Real.It would be a tough end of the season.

After defeating Celtic, we qualified for the semifinals of Champions League, where we will meet Real Madrid.
I was stunned, I couldn't understand the performances of our players in the first leg..they were very poor!The defenders made huge mistakes and the striker also didn't perform well at all.
The second leg was different and we were very close of creating the surprise, but not close enough and we were eliminated from the Champions League. Real Madrid will face PSG in the final.

Walter
7 years
Unlucky losing out against your city rivals, must have been a kick in the teeth. But hopefully you can come back next season and go all the way 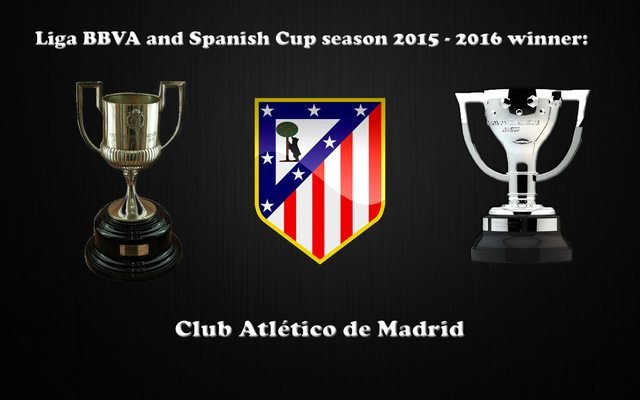 The season 1995-1996 was the last Liga BBVA trophy for Atletico de Madrid. Exactly 20 years after that win, a new formed but very solid team, won the trophy again! This is history!! I am so glad to bring back the fame and succes this club deserves I can't tell..I am also very proud of my players, my staff and of course, the supporters, we are nothing without them!
If I will remain at this team or not, I don't know right now, we will have to wait and see what will happen.

What a great game! We were clearly the better team and we won another trophy! It's a great moment in club's history! 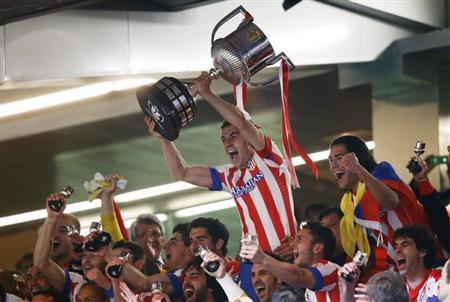 We had established a new record for the number of points in the league, this really shows how brilliant our players were this season.

I am proud of Goretzka and me! For him, to win this prize when there are so many good young players in the league it's something special. And for me, this was my first manager of the Year award so I am very pleased. 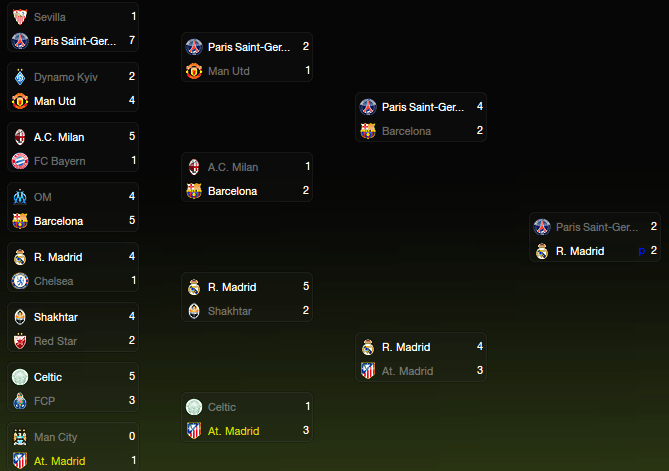 The Premier League season 2015-2016 just ended, crowning Pellegrini's Manchester City as the new league champion, followed in the standings by Moyes's Manchester United on the second place, and the third place was reserved by retiring manager Wenger's Arsenal.

Beside the retiring of Arsene Wenger, Liverpool's manager, Guus Hiddink and Chelsea's boss Diego Simeone got fired by their chairmans because of the poor performances.


Arsene Wenger - We will miss you! 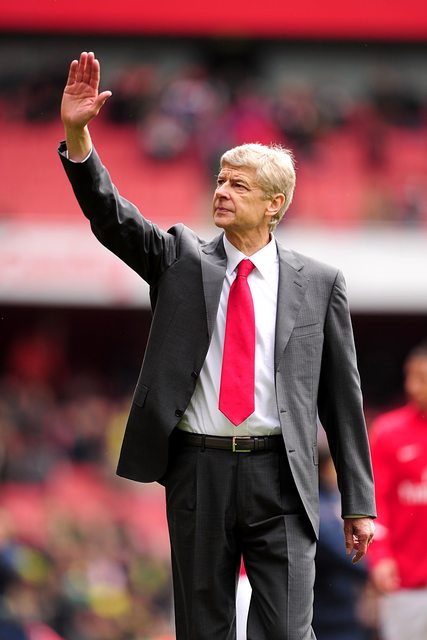 Mister Wenger won the Premier league with Arsenal in the seasons: 1997–98, 2001–02, 2003–04. Beside winning the league title, he also won FA Cup in 1997–98, 2001–02, 2002–03, 2004–05 and FA Community Shield : 1998, 1999, 2002, 2004.
So, he won at Arsenal, 11 trophyes and brought at club a lot of money by buying unknown players for small transfer fees and selling them later for a lot of money.
I am very curious to find out who will succeed him at Arsenal, there are rumours that mister Wenger personally tol his chairman, mister Chips Keswick, that he believes that Atletico Madrid's manager, Luís Figo, can continue what he has started here and it's the best man for the job. But will mister Keswick listen to mister Wenger?
Beside the interes from Arsenal, our sources say that also Chelsea and Liverpool also approached mister Figo with a consistent offer. I can't wait too see who will be mister Wenger's succesor at Arsenal and to see where Figo will end up, or if he will remain at Atletico.
Login to Quote