It was again a very good month in Primera Division, but sadly, we lost against Barcelona. It was our first defeat of teh season and barca was the first team to dominate us this season. Against Zaragoza, Garrido got injuried and he will be out for around 3-4 weeks.

In the Champions League group, everything is goig like planned. 3 games played, 2 wins, we are almost qualified for the next round. But again, an injury..Goretzka will be out for 1 month.

It was the first leg so we are not qualified yet, we still have to play the second leg, but the away goals and victory are clearly making us the big favourites.

I want to take a moment to thank our fans for suporting us! They were brilliant until now, and I am sure that they will be with us until the end. In the Champions League game against Galatasaray, our record attendance has been broken, 55,323 hearts have beaten for us, for our victory!

Jer
7 years
Like this story tons! Great stuff as always and the results are great!
Login to Quote

It wasn't the best month. The defeat against Barca from the last game shrank the morale of out players and we recovered from this pretty hard.We also played the derby of Madrid, and a draw it's a good result against Real, but the defeat against Getafe really wasn't expected.
I just can't believe what is happening!!I know that we are the smaller team of Madrid and that everyone is kissing Real and Barca's asses, but it just can't continue like this! We had to play 5 games in a row away, it's normal that the players are exhausted! I may be fined or suspended, I don't care, I just wanted everyone to know what's happening here.

We are already qualified and more than this, we can't lose the first place! So, probably, in the last game I will send the reserves to play.

I want to say "Thank you" to mister Enrique Cerezo, the president, which is a real honest man. He is not like my old boss that I had at Sporting who only tried to get rich on my back. I made very big profit this season and the team is playing over expectations so mister president decided to increase our transfer budget. Maybe I will try to sign a new striker, I am not sure.

Also, I am glad that our supporters recieved my call from the last month and they keep coming in higher and higher numbers at the stadium.Against Osasuna our record attendance established last month has been broken again! Thank you guys!

hahah! Get your head up and into the game, you can't afford dropping or losing those valuable points!
Login to Quote

Walter
7 years
Like Pauker said, Osasuna is much better game than Barca 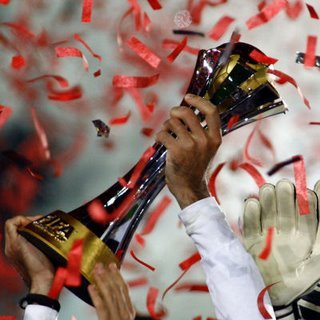 Here we are, adding another trophy to the collection! I am very glad to win this because you don't get many chances in a career to win this trophy.Thi sseason, the Club World Championship
has taken place in South Africa.
In the semifinal we faced Seoul on FNB Stadium from Johannesburg, South Africa. We won the game 4 - 0, dominating them very easyly.
The final was played on the same stadium from Johannesburg and Gremio has proven to be a much better opponent than I expected, but we still won the game in extra time. 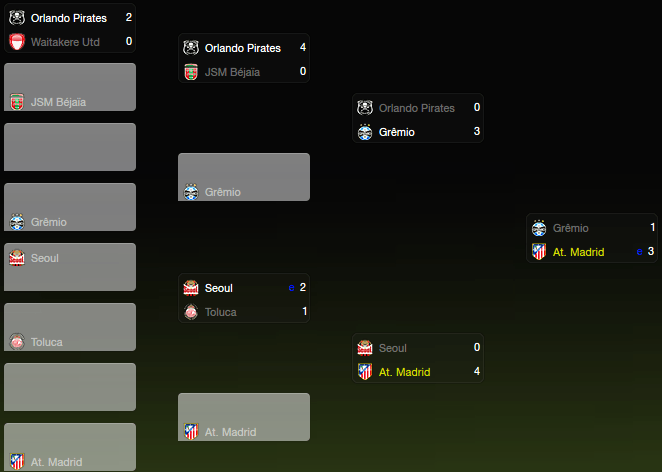 We played only one game in La Liga this month because we were involved in the World Club Championship. Despite it was a very busy month, we had great results in all competitions.In the league we faced Athletic Bilbao, winning 3-0. The difference wasn't so big, we got lucky and scored 2 goals in the last couple of minutes.

Despite sending in the field the reserves, we still dominated Anderlecht and won the game and the group. Sadly, we got unlucky at the draw, now having to face Manchester City in the next round. Last season we faced City in Champions League final, so this game will be a tough one!

I don't have much to say, I am just very glad that we qualified for the next stage and the boys will get a big bonus for playing that good.

The supporters keep coming and coming! This month our record attendance was broken two times... what can you say when you have so brilliant fans?

Walter
7 years
Good to see the supporters keep coming to watch, which should provide great funds for your side. Also, well done on the club world Cup, it is a great achievement. Good to see Gremio doing well, too.
Login to Quote

Slid3Tackle
7 years
@Walter thanks mate and yes, I didn't expect to be so hard to defeat Gremio, after Real, Barca and Tottenham, they were the strongest team we met this season
Login to Quote

Marca.com presents you today the new signing of Atletico de Madrid. Earlier in December Luis Figo, Atletico's headcoach declared: "I wanna thank to mister president, for increasing the transfer budget, we may look after a new player", it looks like mister Enrique Cerezo increased the founds allocated for signing the new players and now Figo has around 30 millions to spend, But as we know, until now he wasn't a man who trows with money in left and right. He also added "we may sign a striker." 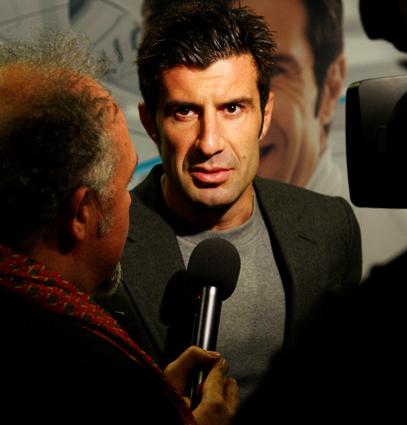 The ex Real Madrid and Barca's player organised a press conference from which we extracted the essential:
"I am here today to present our new signing, a type of player I think we needed to be able to fight with Real and Barca. Until know I didn't spent large sums of money, but know, we really needed him, so 28 million euros were spent on him. I am here today to welcome to the club a world class striker, bought from Manchester United, Danny Welbeck! I wanna wish him good luck and to win a lot of trophies with us!"
The rest of the declarations will be found in tommorow's newspapper so didn't hesitate to buy it!
It looks like they really needed this type of player, he was bourne in Manchester and played only for manchester untill now. He has gathered 41 selections in the England's national team and scored 26 goals for them. 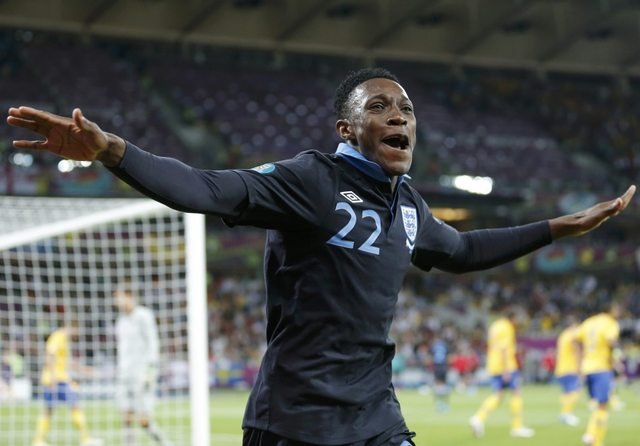 Walter
7 years
Maybe a little too much, but I can't judge as I haven't seen how he has done for you

Hope he does well.
Login to Quote

Slid3Tackle
7 years
@Walter it is much but it was one of the best strikers that would come to my club, he has 5 stars CA and PA.
Login to Quote

It was a log month with a lot of games, so at the end of the month, the players got tired and didn't perform so well.But still we are on the second place, with 2 games less played then Real Madrid.

In the Spanish Cup we played 4 games. We won the firs leg against Celta 1-0 and at the end of the 90 minutes from the second leg, Celta led by 1-0 but we scored in the extra time and the game ended 1-1.
We won the first leg of the semifinal against Real Sociedad, and teh second leg ended as a draw because of the fatigue of the players. We will face Barcelona in the final!

First of all, I want to mention about our fans. In the semifinal against Real Sociedad, every seat of the Vicente Calderón was occupied by a person. This is something that you and I will rarely see! 70000 people on a stadium that has 70000 seats capacity, it's something really incredible.

AC Milan was bought by a very rich Chinese businesman and now they have huge budgets. They were also teh biggest spenders of this transfer period, spending over 50 million euros. Players like Nastasic, Paulinho and Leo (from our team) joined them.

I wanna talk about our new signing, Welbeck because some of the supporters were criticizing this signing.He is a great striker, which can lead our team to glory, he just needs a little time to adapt to Spanish football and our style of play.If you don't see him score much is because of teh tactics.In my team, the striker isn't necesarly the goalscorer, he is more the man with the assist.This month, Danny scored 1 goal in 6 games and made 3 assists.

Walter
7 years
Welbeck didn't have the best of months, but I am sure he can improve. And also good to see your stadium filling up again