The FM Rookie
9 years
"Goal of the Update"? I wonder who came up with that idea

All right reserves to the Rookie

All right reserves to the Rookie

andrew98
9 years
Looking forward of how you will relegate milan and then manage inter. Good Luck.
Login to Quote

"Guys, Defensively we had a great preseason, conceding only one goal, and I want it to stay that way. But we have to attack better or we won't be able to win games! I want everyone to be involved in our attacking game! It's not only the strikers job to attack! If we can't find the back of the net each one of you is guilty! GOT THAT?!"

2nd Rookie
9 years
man well wrote i like the way you started a lot of work has gone into this story i hope in my 2nd season i can start writing like that you and rookie are showing alot of new people aka me how to write storys keep it man.
1
Login to Quote


Akash thought me how to write, or though me about passion!
1
Login to Quote


Thanks 2R, I really appreciate this comment. Stuff like this makes me even more eager to write.


Akash thought me how to write, or though me about passion!


Rookie, you had faith in me right from the beginning, and you never stop putting a smile on my face. Thanks!


I know, our defence was superb but our attack not so good. That's why Maldini talked to the squad and emphasized their responsibilities.
Login to Quote 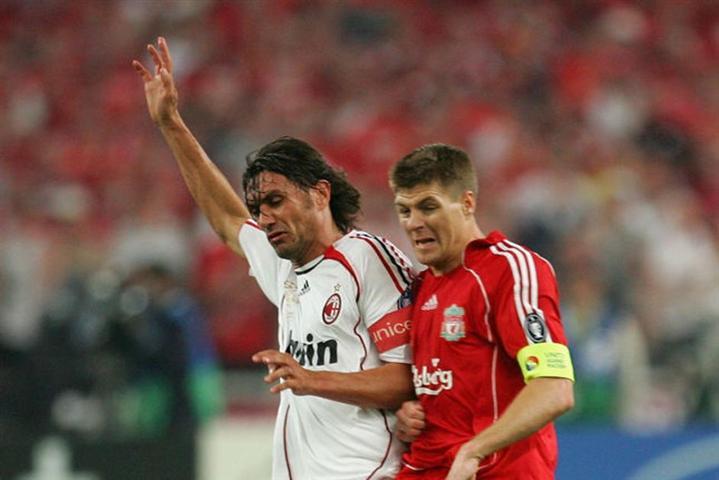 The ties that bind mine and The FM Rookie's Walk On: My Life In Red story.

The FM Rookie
9 years
Some things never change, the bond between our two teams is one of them!
Login to Quote

Kiwi
9 years
Okay, who should I support when Milan meet Liverpool then? 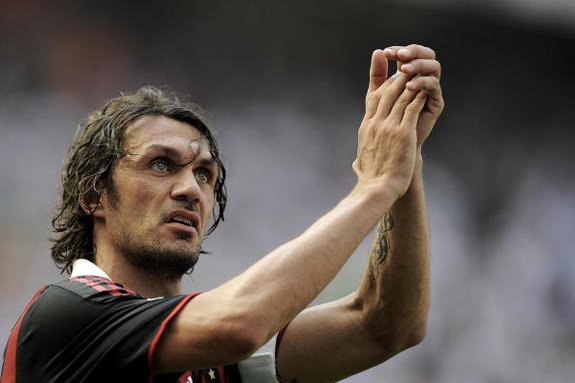 Clive Tyldesley: "Hello, My name is Clive Tyldesley and alongside me is Andy Townsend. We were all waiting but here it is, first match day in the Serie A!"

Andy Townsend: "Yea, Clive. Another campaign of drama about to unfold."

Clive Tyldesley: "This match should really be easy for A.C. Milan, as Siena is not a very threatening team." 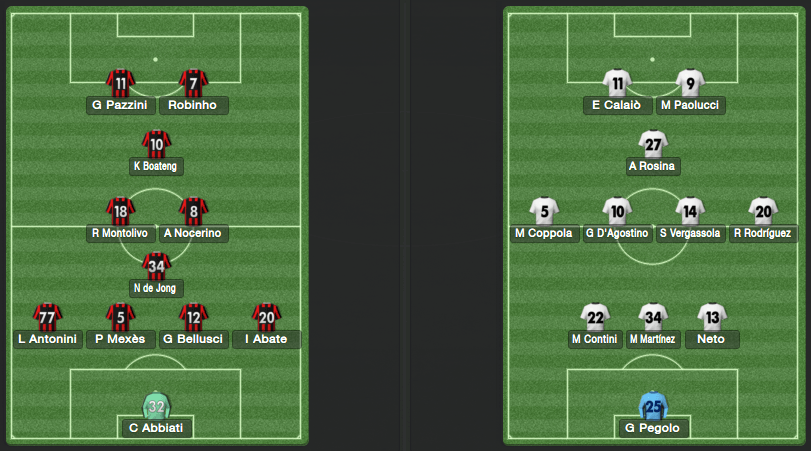 Andy Townsend: "A.C. Milan are coming on with their familiar 4-1-2-1-2 array. Looks like manager Paolo Maldini really want to secure a win on his first match in the Serie A."

Clive Tyldesley: "What do you think of the “new” A.C. Milan team?"

Andy Townsend: "Well, Maldini really improved the defense with the signing of Bellusci, But his team find it really difficult to score."

Clive Tyldesley: "The teams are coming up, and look at Maldini! He applause the fans before his first match. And the fans are giving him a standing ovation."

Andy Townsend: "And here is the whistle for the kick off!"

2’ Nocerino – saved: CT “Mexes intercepts Martinez’s ball, and pass to Nocerino. OH, NOCERINO IS CLEAR! But Pegolo manage to punch it away.” AT “He should have score there. Tried to be too clever I think.”

13’ Coppola – miss: CT “Corner here for Siena. A header from COPPOLA!! No, it’s wide.” AT “Maldini will be furious with the defense. They are lucky not to concede.”

18’ Bellusci – yellow. CT “An early yellow card to a defender can really impact his game.” AT “that tackle had to be made.”

31’ Substitution: CT “Rosina looks bad out there and he will be replaced by Francesco Valiani”

45’ HT: CT “So far, Milan is in control but the scoreline is still 0-0” AT “That is their main problem at the moment. A lot of chances, but nothing is going in.”


46’ Substitutions: CT “Bojan and De Sciglio are coming on for Robinho and Abate” AT “Maldini is not afraid to make the change. He want to win today.”

47’ Boateng – saved: CT “And Milan start. Montolivo to Bojan. WHAT A PASS FROM BOJAN! Boateng is free! And Pegolo is the man once again.” AT “He is just playing amazingly well today. Siena owe him this match.”

52’ Pazzini – miss: CT “Boateng with a great ball for PAZZINI! Oh no. He just sent the ball wide.” AT “He knows he should have done better there.”

60’ Penalty given: CT “Bojan here with a perfect chance! VALIANI took him out completely! That’s going to be a penalty.” AT “Here comes Nocerino from the spot. OH, WHAT A SAVE!! Pegolo takes the ball without hesitations.”

61’ Substitution: CT “Ambrossini is coming on for Montolivo.” AT “Maldini knows what influence the captain have, and he will now hope the captain could help him here.”

70’ Nocerino – saved: CT “What a run from NOCERINO!! Deadly strike!” AT “Pegolo got a touch to it and it’s off the bar. This keeper is outstanding today!”

90’ D’Agostino – yellow card: CT “D’Agostino pushed Mexes, and it’s a yellow.” AT “Siena don’t care for that card. They just want this game to be over.”

92’ Ambrossini – goal: CT “This can be dangerous! Nocerino takes the ball from Contini. Pass to Ambrossini. IT’S IN!! AMBROSSINI SCORED FOR A.C. MILAN!!” AT “What a player, Ambrossini. He’s fighting until the last minute. Good vision by Maldini to sub him on.”


Clive Tyldesley: "What a drama! A goal in the closing seconds of the game!"

Andy Townsend: "I think Maldini have what it takes to be Milan's new manager. You can see that in the first half they had only a few shots, but then he used his substitution fantastically well."

Clive Tyldesley: "Yes. Bojan did a lot more out there than Robinho and that needs to be a red light for Maldini."

Andy Townsend: "Thanks for being with us, and good night."

The FM Rookie
9 years
It takes quite a while to write this style of match report, doesn't it? But it's worth it.
Login to Quote