I've chosen to do a story with Vikotia Plzen because they are an underrated in Czech Republic, who play in the Champions League. Viktoria have some good players, including the likes of Frantisek Rajtoral and David Limbersky. I thought that for my first FM14 story it should be a challenging team, so I thought of Viktoria. They also have the team to win the league they are in.

Who Will I Be?

I am going to be the great Dane, Peter Schmeichel. Even though Schmeichel has no possible relation to Viktoria I think he would make a great manager for them. When in his day, he was a world class keeper. The former Danish legend played for the likes of Manchester United, Manchester City, Sporting and Aston Villa.
Login to Quote

In a sensational press conference today, Viktoria's chairman Tomas Paclik has announced that manager Pavel Vrba has been sacked with immediate effect. In that press conference Paclik said "Due to Pavel Vrba's attitude towards his job we have decided to terminate his contract. We wish him all the best for the future. As from today we will be looking for a new manager". It is thought that Vrba lost his job as he had a lack of respect towards the club and the players. 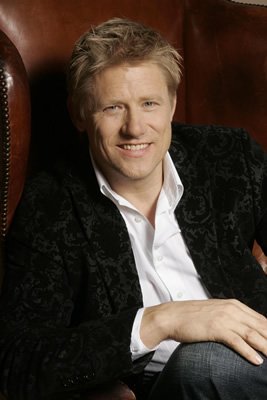 Peter Schmeichel takes charge of Viktoria Plzen and feels he is the man for the job.


The former Manchester United legend was announced as manager of Viktoria Plzen this morning. The 49 year old has never been into management before but people feel he isthe man for the job.

Schmeichel told BBC Sport: "Going into management has always been my dream. When the offer came I had to accept it."

He continued with: "I want to be the person to take the club forward. I will look to improve the team the best I can so there will be arrivals and departures."

Chairman Tomas Paclik had this to say after the announcement: Peter is one of the footballing greats, we feel that he is the man for the job. We hope that all the fans agree with our decision."
Login to Quote


One in, One Out as Schmeichel Starts Building


Viktoria Plzen have today announced the signing of Jean-Alain Boumsong and the departure of Vaclav Prochazka.

Boumsong, aged 33, has signed for Viktoia Plzen on a free transfer with his wages thought to be 4.6K. Boumsong was released from Greek team Panathinaikos at the end of last season following 3 seasons with them. The former French international has played for big named clubs including Olympique Lyonnais, Juventus and Newcastle. He has also picked up 27 international appearances for the French national team. , scoring 1 goal.

Schmeichel told Skysports: "It's a massive privilege to have Jean at the club, he is a quality player."

He continued with: "Jean was a must buy for the club giving that he was a free agent. I have faith that he can help us win the league this season."

Meanwhile Czech defender Vaclav Prochazka has left the club on a permanent basis. Prochazka, aged 29, has departed for Italian side Sassuolo for a fee of 1.5 million.
Login to Quote


Viktoria manager Peter Schmeichel has completed the signing of Mohamed Sissoko today on a free transfer.

Sissoko, aged 28, has signed for Viktoria Plzen today on a free transfer with his wages thought to be 10.5K. The Mali international was released from PSG at the end of last season follow a loan spell at Fiorentina. The big defensive midfielder has played for big named teams such as Liverpool, Juventus, Valencia and PSG. It is thought that he was mainly signed to help Viktoria in the Champions League.

Schmeichel told Skysports: "Having Mohamed at the club is a massive bonus to the whole team. He is sure to help us in the league and the Champions League as he has played for good, big named clubs, such as Juventus"
Login to Quote

Italian giants Roma have announced a link with Viktoria Plzen. The link will benefit both teams as Roma will be able to loan players to Viktoria and Viktoria will receive players on loan without paying there wages. Roma will pay Viktoria an annual fee of £71,457 a year. Roma have also got a first option to buy players from Viktoria. What this means is if a bid is placed on a Viktoria player a bid of the same value from Roma must be accepted if the original bid has been accepted, then it is up to the player to decide on his future.
Login to Quote


Viktoria Plzen have announced the arrival of three players today. These players are Jay Simpson, David Bentley and Mario Pugliese on loan.

Jay Simpson was released from newly promoted side Hull at the end of last season. Last seasons he played most of Hull's games making 43 appearances and scoring 6 goals. He started off his playing career in London with Arsenal, where he failed to make a single first team appearance. During his time at Arsenal he went on loan to no less than 5 teams. In the 2011-12 season he signed for Hull, who were playing in the Championship, for an undisclosed fee.

Bentley was released from Tottenham at the end of last season. The England international has played for a whole bag of teams, including Arsenal, Tottenham and Blackburn. After his 15 million pound move to Tottenham he was never a success there, making only 42 appearances during his 6 seasons there. Whilst at Spurs he has been on loan at Birmingham, West Ham, Rostov and Blackburn. The right midfielder has made 7 national appearances for the England team.

Pugliese has only recently signed for Roma (in game). Due to Roma's link with Viktoria the 17 year old has left for Viktoria on loan. The 17 year old signed for Roma from Atalanta for a fee of 650K. The young Italian has never made a first team appearance in his whole career but hopes to get one at Viktoria Plzen.
Login to Quote

A game we truly dominated. We had 66% possession to their 34%. We also had 11 shots to there 7. On paper they were the better side but we knew we were.

Despite us having 66% possession and 11 shots, they scored first through Brown Ideye in the 13th minute. We then equalized in the 39th minute with David Limbersky scoring a close range header. Then 2 minutes before the end in the 89th minute we toke the lead with Frantisek Rajtoral scoring a free kick from about 22 yards out. The man of the match ended being awarded to Viktoria's goalkeeper Matus Kozacik.

"What a come back, we deserved to win, we were truly the better team. Hopefully this is the kick start we need for the coming season."

A game where we were CRAP! We had only 29% possession to there 71%. We only had two shots and one ended up being a goal, they had 13 shots so they truly deserved to win.

Marseille toke the lead in the 16th minute through Jordan Ayew with a cheeky chip over our keeper. We then equalized through Jay Simpson with a close range header from a corner. Then a double from Dimitri Payet gave Marseille the 3-1 win.

"We were utter crap, they deserved to win. Our defense had a terrible day and I will have to tell them to buck there ideas up or they will be dropped from the starting XL."
Login to Quote

A pretty even game possession wise, with Viktoria having 53% and Jablonec having 47%. Viktoria did have double Jablonec's shots with 16 to Jablonec's 8.

The first half was pretty dull with no real events. In the 51st minute Viktoria toke the lead through Tomas Horava with a long range effort from about 30 yards out. Then in the 64th minute Marek Bakos scored to make the score 2-0 to Viktoria. To add to Jablonec's misery Frantisek Rajtoral made it 3-0 with a free kick from 19 yards out. Jablonec did pullback one in the first minute of stoppage time through Tomas Cizek but it was only a consolation goal. This win meant Viktoria win the Czech Super Cup.

Viktoria left back David Limbersky picked up man of the match with his solid performance. He was truly world class, helping with the attack and defense. 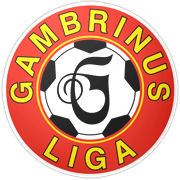 This was a game where Viktoria truly deserved to win. Viktoria had 58% possession to Slovacko's 42%. Viktoria had 13 shots with 7 on target, Slovacko had 9 shots and 4 on target.

The first half was again pretty dull with no real events. The first goal of the game came in the 63rd minute when Slovacko's Matej Biolek scored a close range header. Two minutes later Slovacko scored again through Libor Dosek after a finished a lovely passing move. Fortunately Viktoria did equalize following two goals from Marek Bakos.

The man of the match awarded was awarded to Viktoria's Marek Bakos following his two goals to make the match even.

This was a game where Jihlava really out played us.They had 66% possession to our 34%. We also only had 4 shots to there 11.

Yet again another game where the first half was really dull. The first goal of the game was scored by Jihlava's Lukas Vaculik after a close range header from a corner. Viktoria then equalized through left midfielder Jan Kovarik. The game was level for only two minutes when Lukas Vaculik got his second of the game making the score 2-1. Three minutes later Haris Harba made the score 3-1 from a cheeky chip shot.

The man of the match award was awarded to Jihlava's captain Lukas Vaculik following his two goals to win the game.
Login to Quote


Frantisek Rajtoral - On His Way?

http://s1314.photobucket.com/user/silasthebest/media/fotbal-plakat-130702-frantisek-rajtoral_denik-380_zps49a863f5.jpg.html
Could Frantisek Rajtorial be on his way out of the club? Reported interest is growing.

With Everton, Zenit, Sevilla, Napoli and Southampton all reportedly interested in Viktoria's right midfielder Frantisek Rajtoral, it's growing highly unlikely that the player will stay at the club. The player has already said he is happy at Viktoria but he will probably change his mind if a big offer comes in.

When Schmeichel was asked about this he quickly replied with "He is one of our key players and won't being going anywhere."

Rajtoral, aged 27, has 2 years left on his contract so a big offer will probably be made instead of a smaller one. With interest growing it becoming highly unlikely he will stay at the club.
Login to Quote

You are reading "Viktoria Plzen - The New European Superpower".