My name is Preston Parker. My family is very important, and my father is one of the richest men in England. I have parties every night, with the finest women and booze available. I drive the fastest cars, but now, I am a billionaire of my own accord.

My father recently passed away, and after taxes, I have been bequeathed one billion pounds after taxes. As part of his will, he had a note he had written be revealed to me:

If you are reading this, it is time to figure out how to make your own path in life. You can't rely on me anymore. I know how much you love football, and maybe you couldn't cut it as a player, but I can give you a second chance as a manager. I want you to see the world, pick up on other cultures, and ultimately win the Champions Leagues of Africa, Asia, North America, South America, and Europe. If you can do that, you will receive the billion pounds free and clear.

However, since you need money to travel, house, and feed yourself, I have placed a trusted financial advisor in charge of the billion dollars who will dispense of it what you need. However, you can't spend any of the money to enhance the club yourself, you must rely on your own ingenuity and skills to raise money and reputation for your club.
Good luck."

Now that I have my basic coaching licenses, it's time for me to accept job offers. Who will I manage? Find out on the next update!

Yeah, I know it's a flimsy setup, but I wanted a storyline excuse to go after the Pentagon Challenge.
Login to Quote

Mr. Shjanzey
8 years
How will you ever manage to scrape by with only 1 billion dollars to live off of?

Slid3Tackle
8 years
Good luck mate! I like the start very much!

I threw my hat into any open position I could discover, without doing much research. The first team that showed serious interest was a Cameroonian team, but their season wasn't going to start for a while and I didn't want to wait around for them.

It took a while for another team to show interest, but it was Sukhothai FC of Thailand, who were in a very good position. With 9 matches to go, they were in 3rd place and a point out of the top spot, when the top 2 teams made the promotion stage and the third place team made the promotion playoff to get to the promotion stage. It seemed a simple and easy way to get my feet wet, and I signed on to manage the team for 275 pounds a week.

The fans were disappointed to hear that an inexperienced random Englishman was taking the job, but I promised to do the best for them that I could. Thailand is a rich man's paradise, but sadly since I had a job, I was limited to my 275 pounds a week, my financial advisor would not authorize the release of any additional money except for an emergency.
Login to Quote 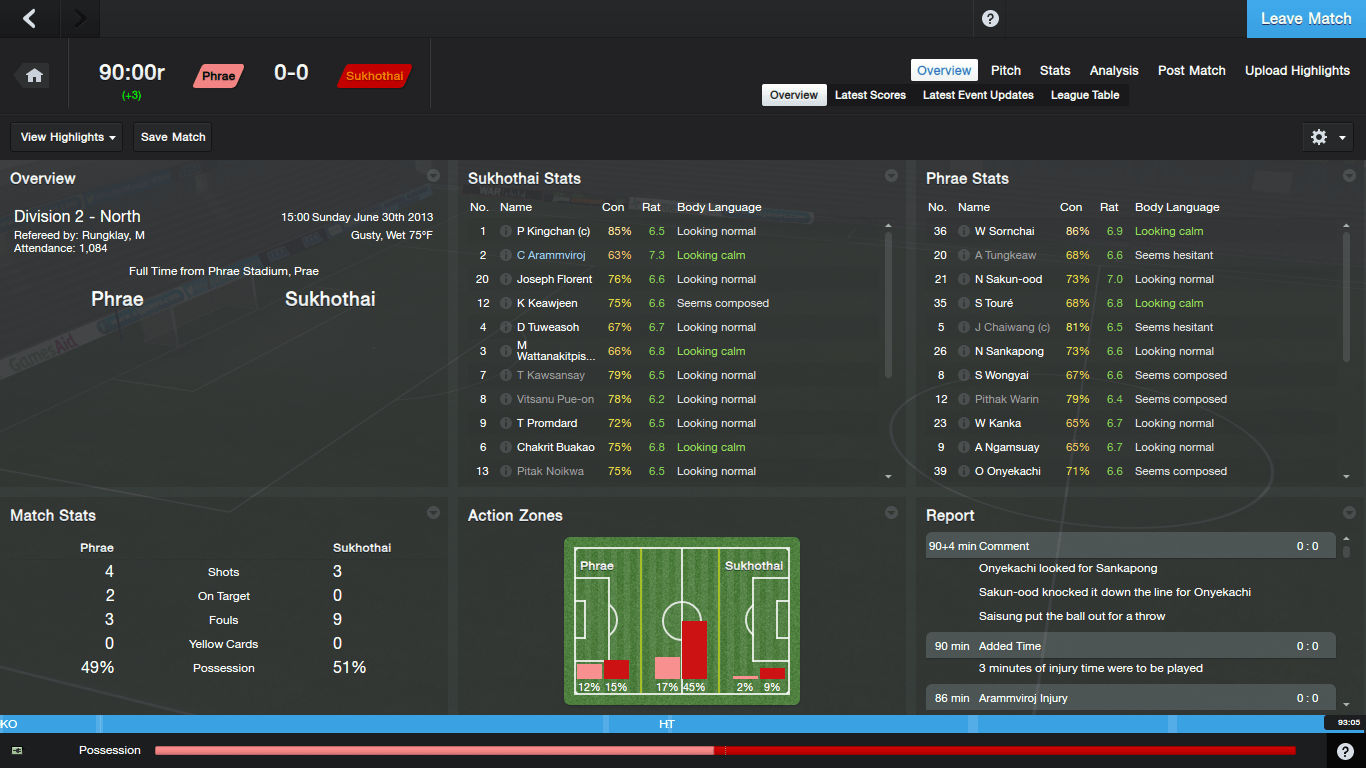 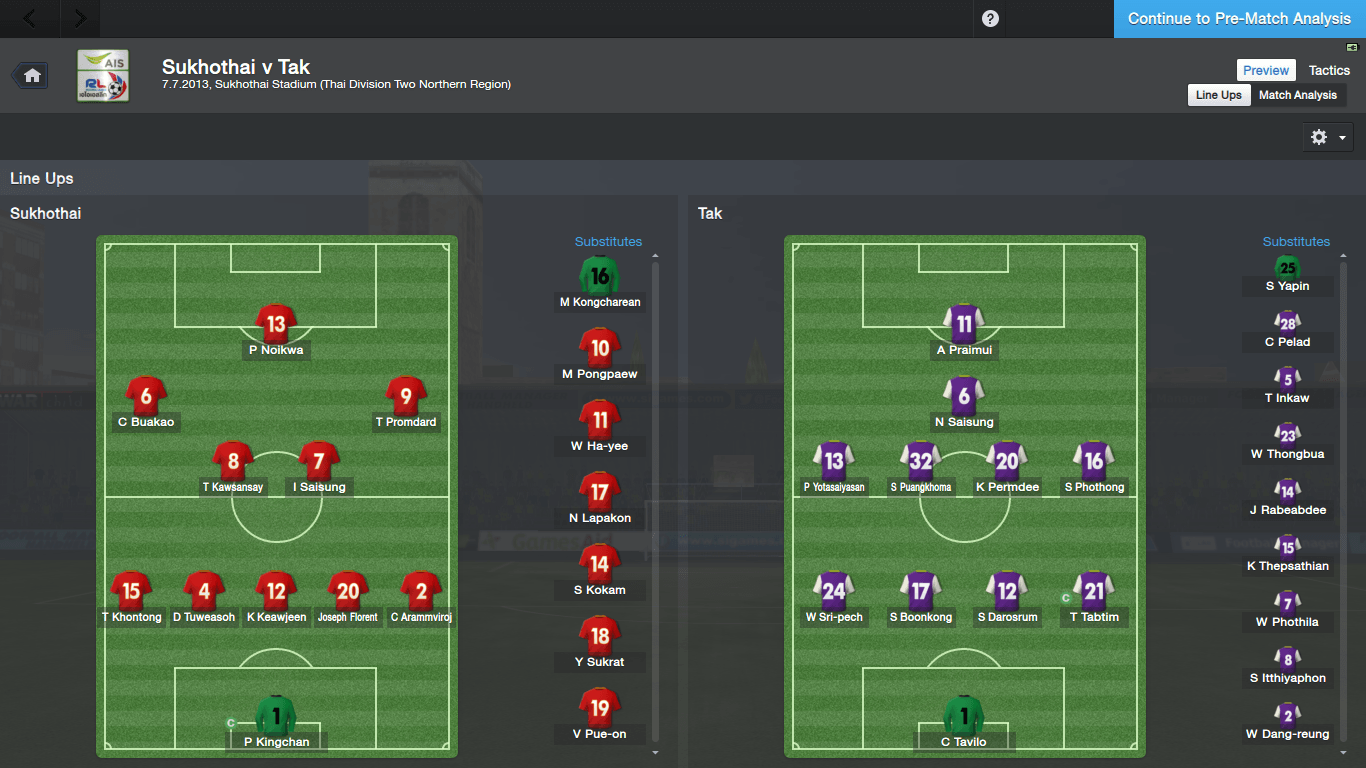 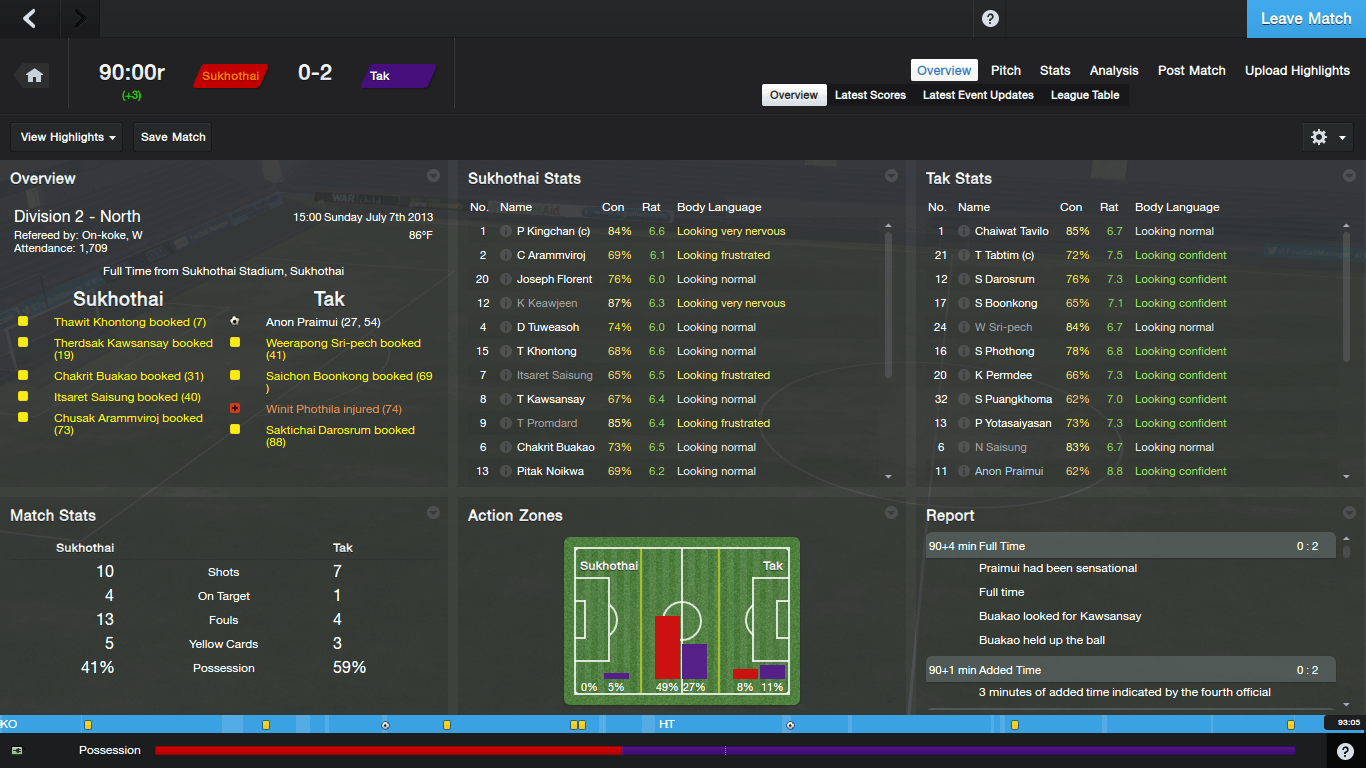 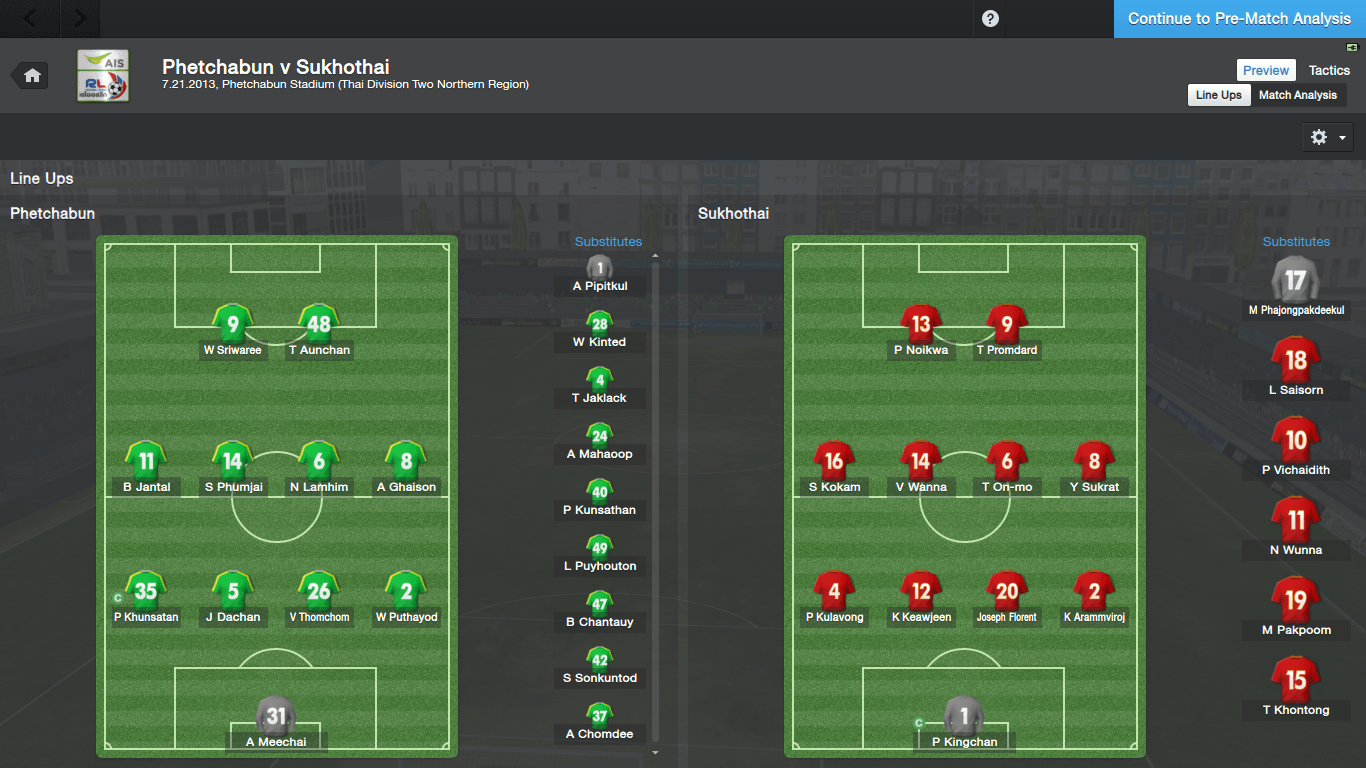 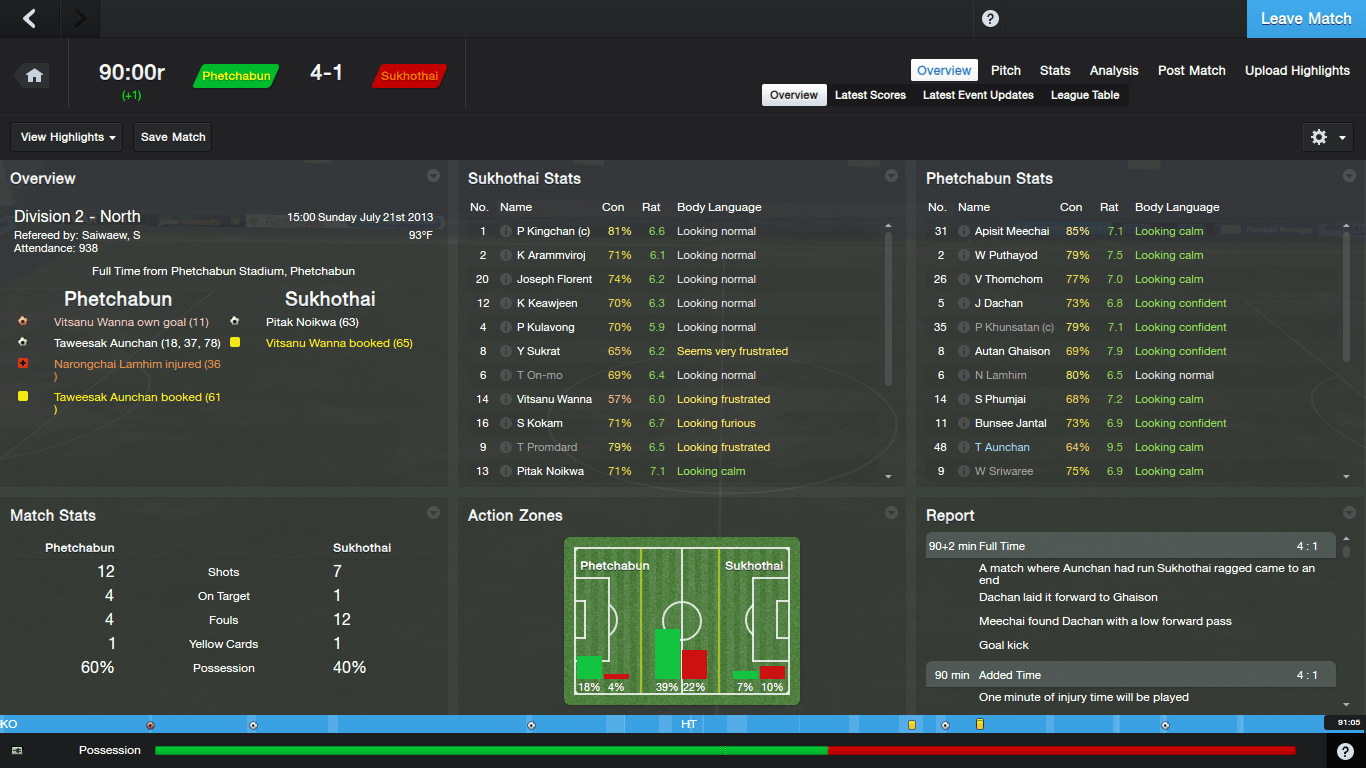 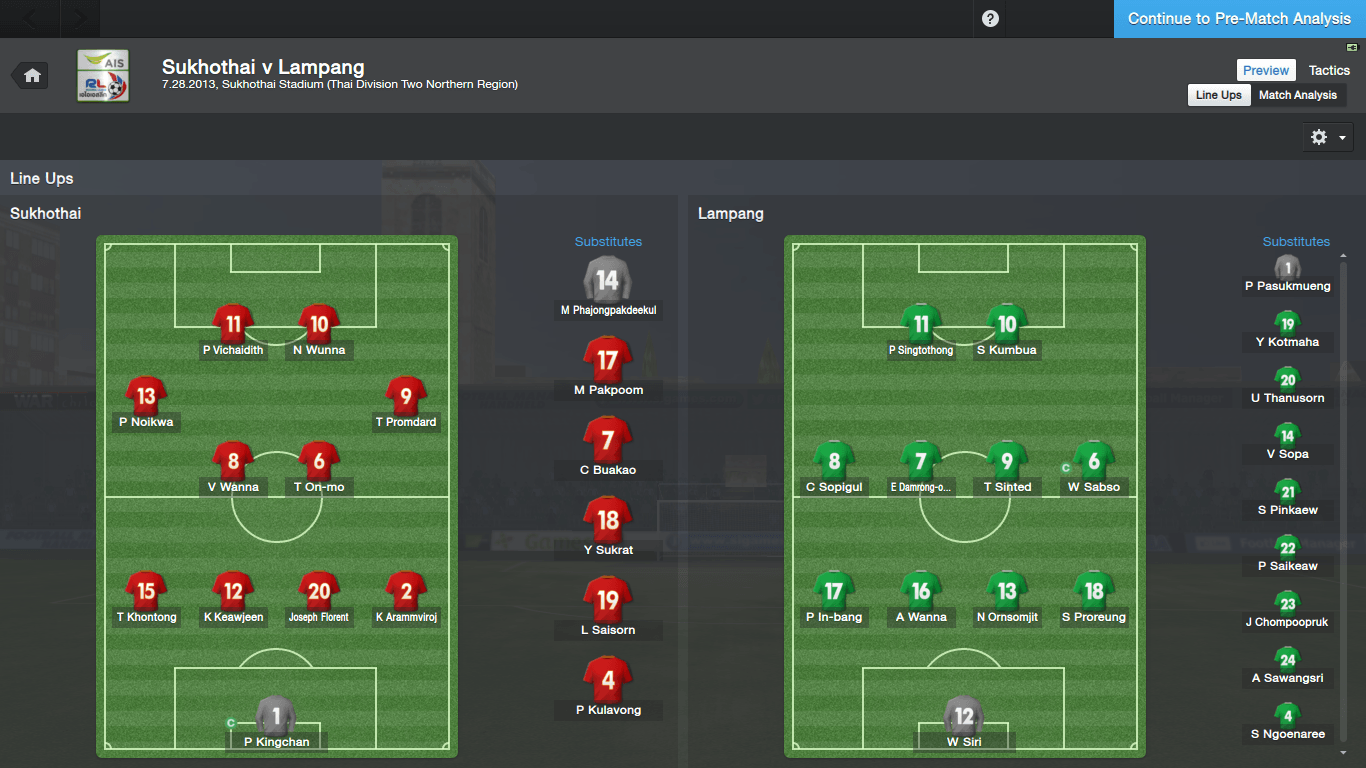 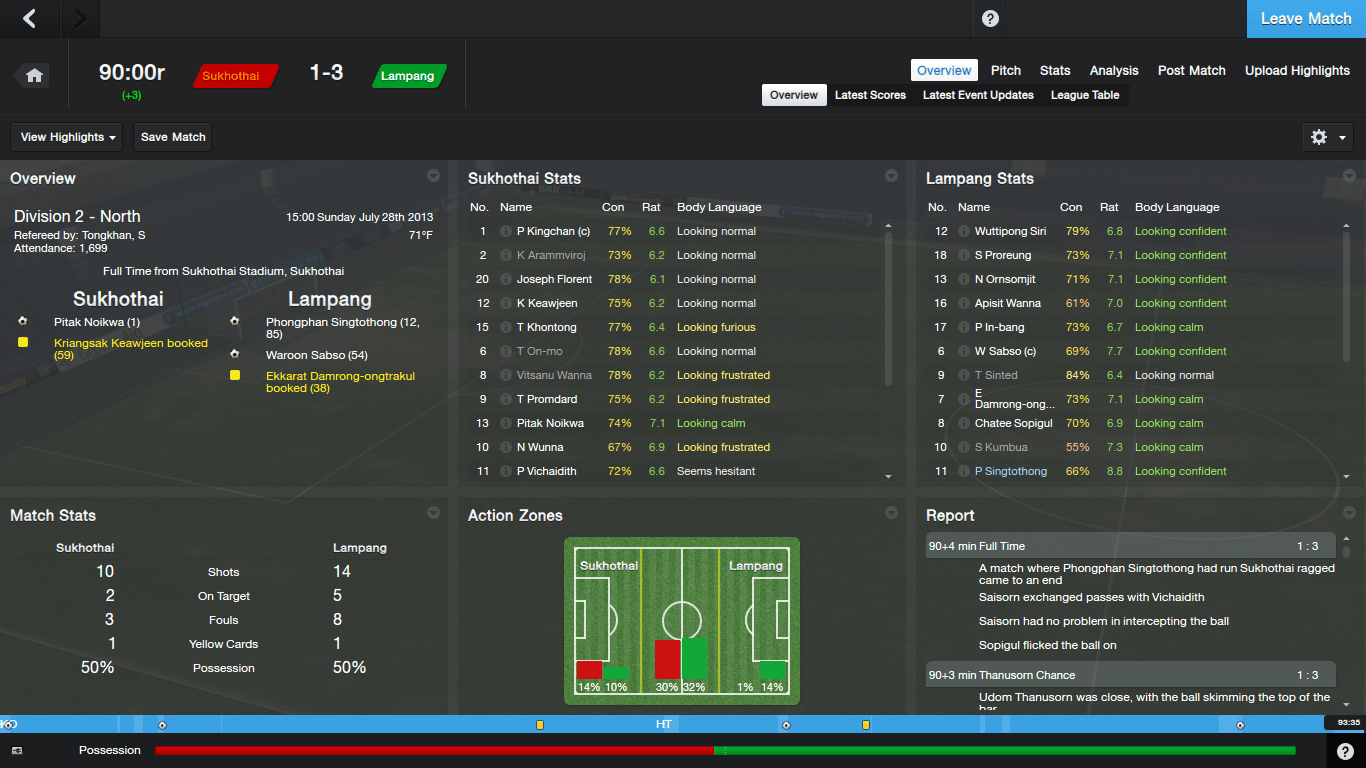 This team was much less stocked than I thought it was, and I thought it'd be okay since everyone at this level has to have the same problems and we're in third, right? Nope. We're falling way off from promotion and no matter what tactics I use things aren't working out. It's hard to get into a team when you join midseason. 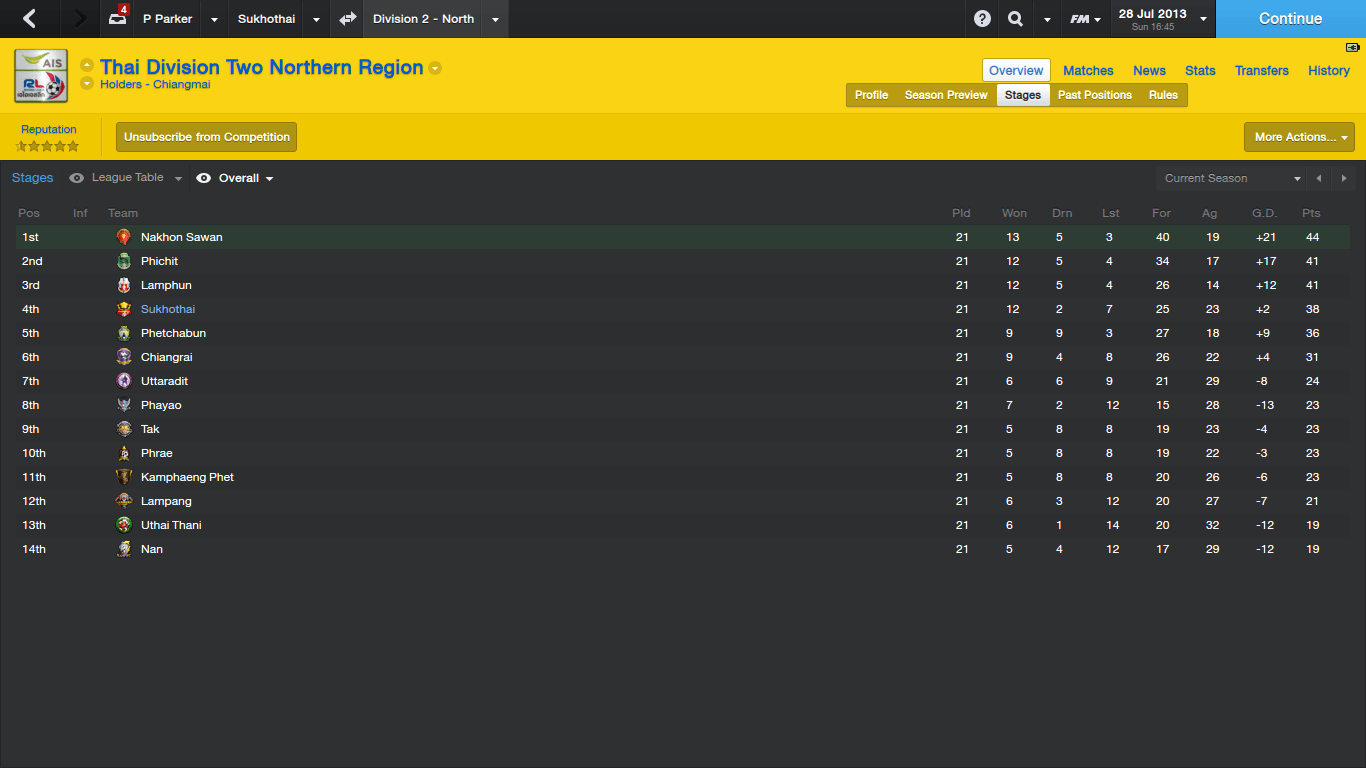 Walter
8 years
Yes! Great to see a shylax story, will be following mate. Good start too.
Login to Quote