Who Am I?
I'm going to play this save as a fictional manager by the name of Hans Down. For as long as I, or my father, can remember, we've used the name Hans Down as a manager alias, and it's stuck.

Who Is Hans Managing?
Odense Boldklub will be the team of choice for this save; in a bid to make them a force both nationally and on the European stage.

a_esbech
8 years
You know I will be following.
Login to Quote

Bantams
8 years
Good luck, will be interesting to see if you can dethrone FC Kobenhavn!
Login to Quote

a_esbech: I think i'd be offended if you didn't

Rasmus Falk On Way Out of Odense? 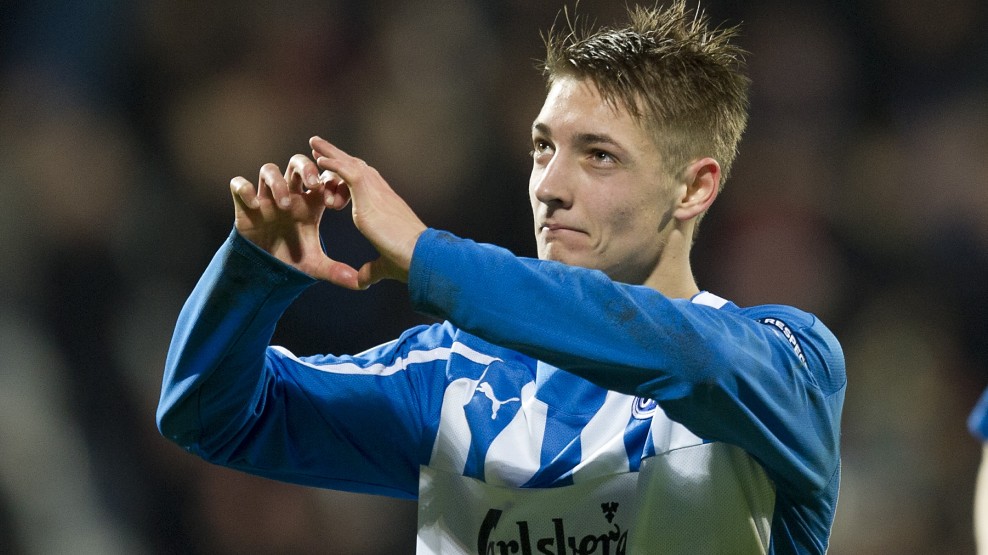 Speculation is rife today that OB's star attacking midfielder Rasmus Falk, who scored 2 goals in 19 appearances last season, is the subject of a £1.5m bid from Dutch side FC Twente. Falk Started his career at OB in 2007, going on to make 59 league appearances for the club, scoring 7 goals and endearing himself to the fans.

Officials at the club have so far refused to comment on any speculation, but Falk himself is known to be keen on the idea of the move, and the chance to further his career at the Dutch side, with the opportunity of playing in Europe in coming seasons, something OB are currently unlikely to provide.

With the club battling debts, manager Hans Down's hands may well be tied in this particular transfer dealing, as the money would be invaluable in securing the clubs future, although it should be stressed that no decision has yet been made on the player's future.
Login to Quote

a_esbech
8 years
Falk endearing himself to the fans is a bit of an understatement. The Funish fans call him everything from Messi to Messiah.
Login to Quote

Is Guly Do Prado Headed Out of Town?

With rumours still circulating that Odense's attacking midfielder Rasmus Falk is on his way to FC Twente, sources surround St Mary's have suggested that Guly do Prado is being touted as his replacement at the Danish club.

With Southampton's attacking options overbearing, the 31-year old is said to be looking for a way out the club, and Odense may just be his only option, with not other clubs looking set to make a bid.

While a move to Denmark would likely mean a significant wage cut, do Prado is unsettled at St Mary's, and with the prospect of a new manager at the helm, and a way of playing which would suit him immensley, Odense may well be a better fit than many imagined.
Login to Quote

Rumours of Rasmus Falk's departure were confirmed, as he left for FC Twente in a deal worth £1.5m, while Central Midfielder Jacob Schoop moved to Citadella in a deal which made the club up to £275k. Mads Raben and and Cedric N'Koum left the club on season-long loans, moving to Hvidorve and FC Fredericia respectively.

In terms of incoming players, Guly do Prado moved to OB From Southampton, in a deal woth up to £110k, while Danilo Cortat and Alessandro Visconti joined up on free transfers to provide cover in the midfield and right-back positions.

Asked about his transfer dealings, Down had this to say: "Obviously We didn't see much of the money from Rasmus' transfer deal, with most of it supplementing the clubs coffers, and moving us away from Debt, but I think Guly will prove to be an intelligent piece of business for us, and I look forward to seeing how he performs. Also, Danilo and Alessandro are both young, and can learn a lot at this club, and I look forward to watching them grow.

However, he has hinted that maybe the transfer wheeling and dealing isn't yet over, adding: "Obviously our budget isn't great, but if the right offers come in, or the right players become available, there may well be some more movement before the window closes.
Login to Quote 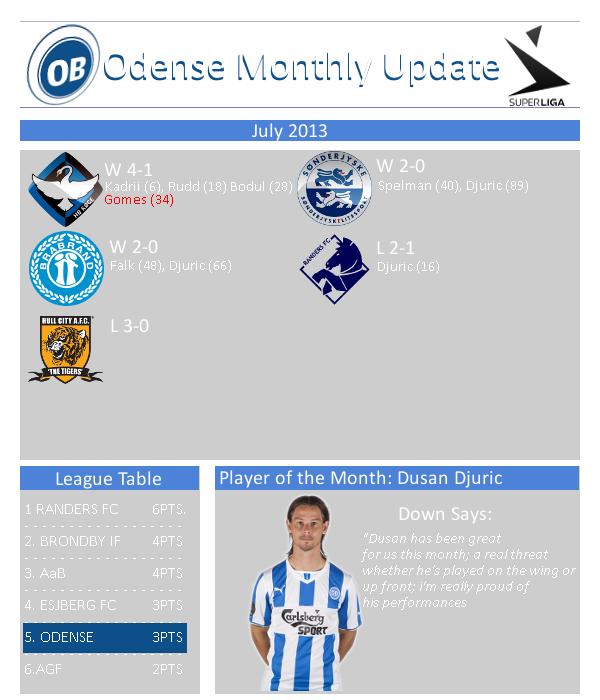 You are reading "Odense Boldklub: Pride of Denmark".