My Name is Paul Davies I am 27 years old I had a decent youth career with Stoke City, Bristol City, Forest Green Rovers and Gloucester City before finally realising at the age of 16 I was never going to be good enough to be a professional footballer. So I put all my efforts in to playing local league football for my local team in Gloucester.

I moved to Torquay the English Riviera and due to dodgy knees am no longer able to play the game I love so much. I have since been studying to gain my Continental Pro Licence. 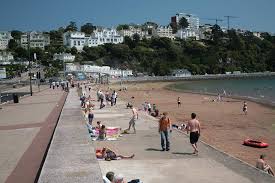 I Gained my licence in the summer and since Dean Saunders was sacked at Wolves, I thought sod it and applied for the vacancy at Molineux. Wolves are the club I have supported since I was 4 years old and I never thought in a million years they would offer me the job, but they did. 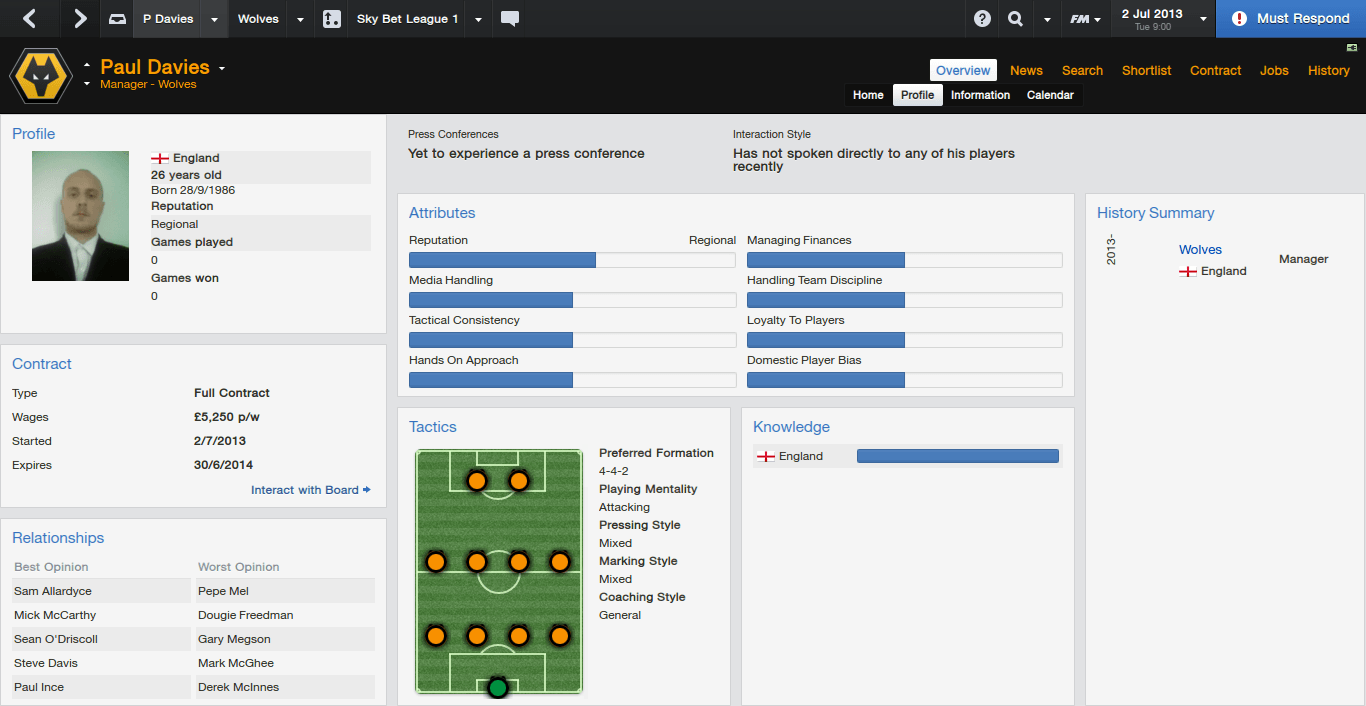 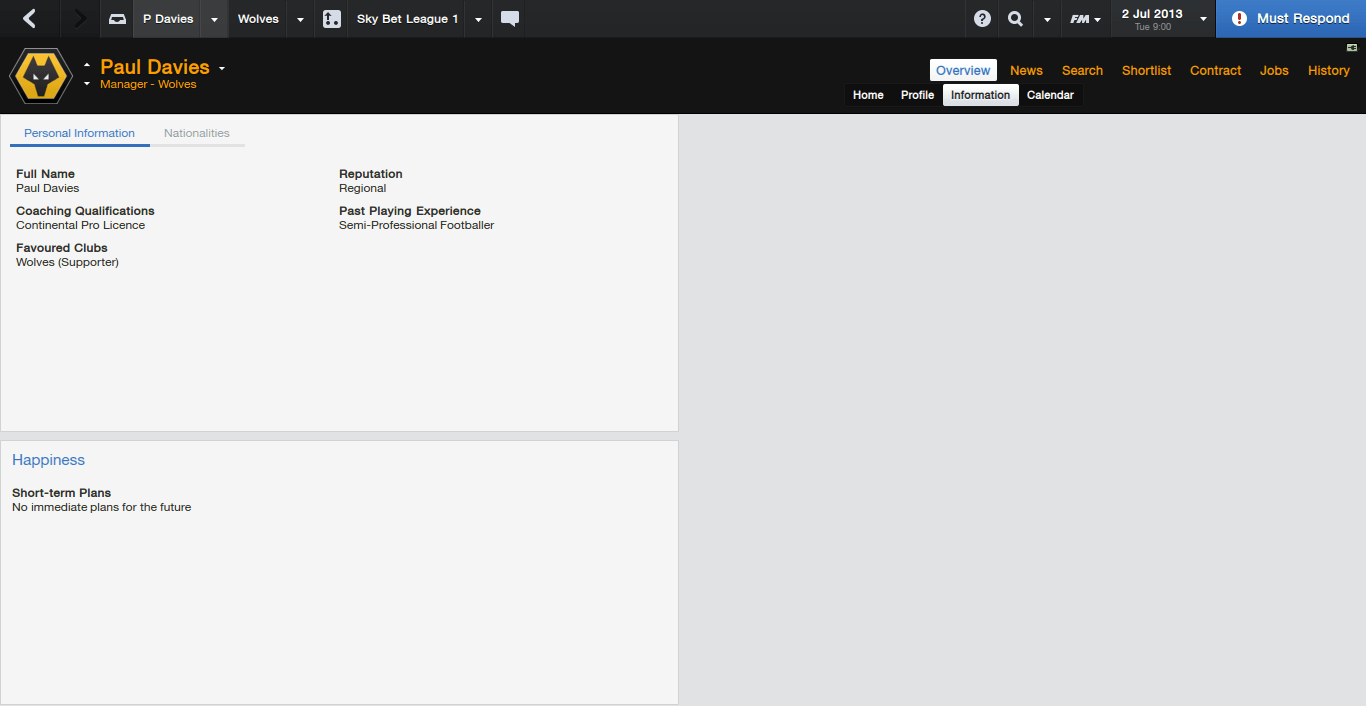 So here I am writing this blog to you from my brand spanking new office here in Wolverhampton another move had to made to start my new job but one I was willing to make. 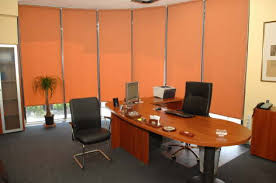 I spoke to Jez Moxey on my first day and we discussed finances and visions for the club. I stated I plan on us at very minimum getting automatically promoted but that we should aim for the title.

I also had to fend of interviews from the media and was questioned on whether or not I was the write man for the job. I replied that an avid fan I would never of took the job if I did not believe that I was the right man to take the club forward.

I will keep you updated on my progress here thanks for your time in reading this.

P.S Thanks PompeyBlue for the Banner

I will be following this story
Login to Quote

Get In! I've actually completed my first deal and signed a player for Wolves granted it is only on loan but still a signing. I've managed to bring Manchester United starlet Jesse Lingard in for the rest of this season. Lingard is an attacking midfielder and with the formation i plan on playing this season could prove integral to the team. 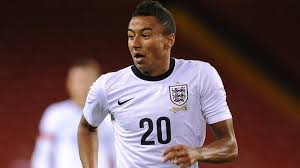 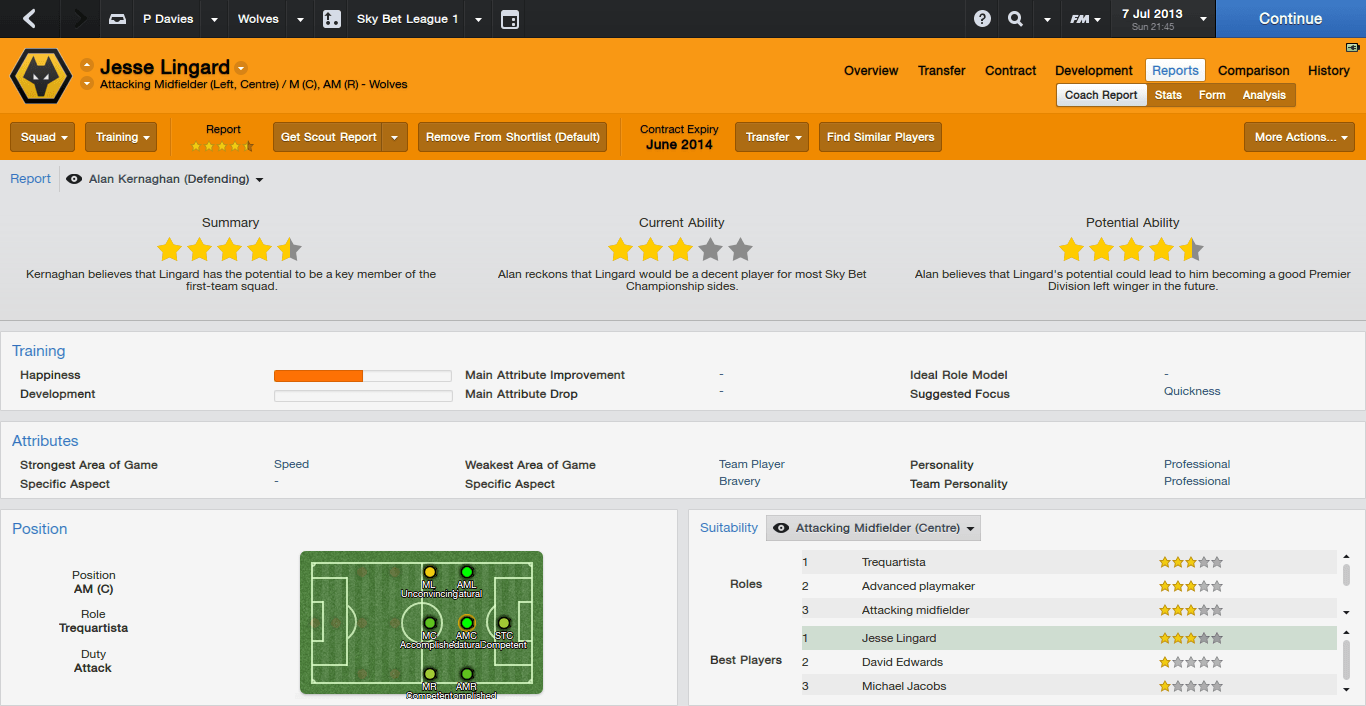 I wasn't completely naive when making this signing I did consult my team of scouts and the recommended that I should go ahead with the signing. 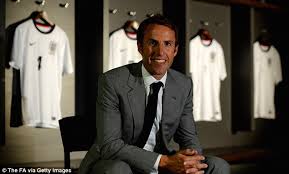 Once negotiations were finished i had a personal phone call from none other than England Under 21's Manager Gareth Southgate. In this call he thanked me for taking Lingard on loan as he beleived it would benefit the young lads game and the future of the national team.
Login to Quote

Jamesg237
7 years
Lingard is a great loan signing for your club! Hopefully he can do the business and help you push for promotion!
Login to Quote


Well I have completed my first pre-season in charge of Wolves and if I’m honest the players originally struggled to adapt to my style of play. I want a passing game where we control possession of the ball and hassle opponents into losing the ball early. Making the opponent chase the game tires them out and if you hassle them they make silly decisions. 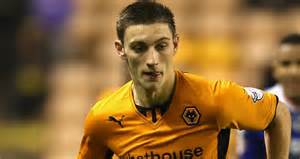 Although we lost 3 and won only 2 of our friendlies I gave every player the chance to prove themselves. Jake Cassidy scored 4 goals in 4 games and showed great promise of what type of player he will become. 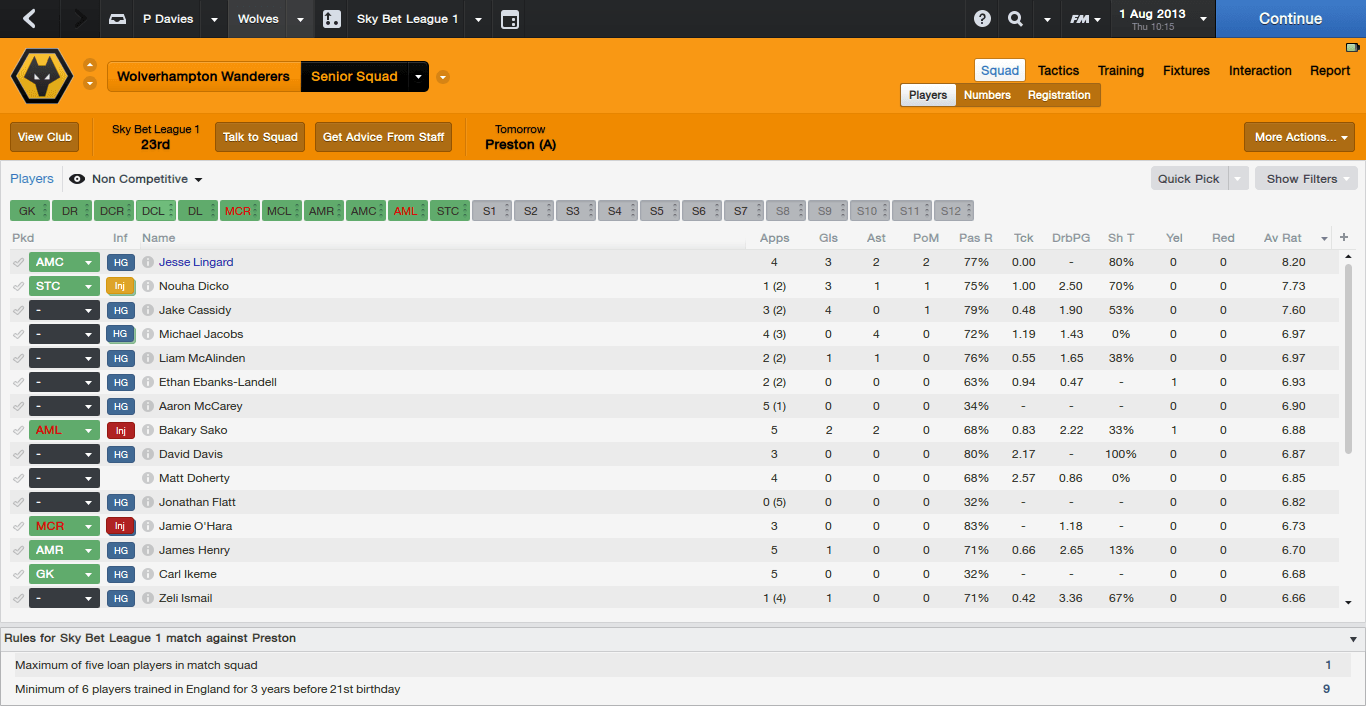 Jesse Lingard was the top performer this pre-season with an average Match Rating of 8.2. 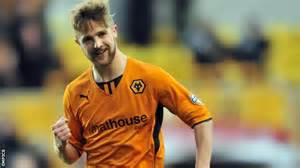 
Results were as followed. 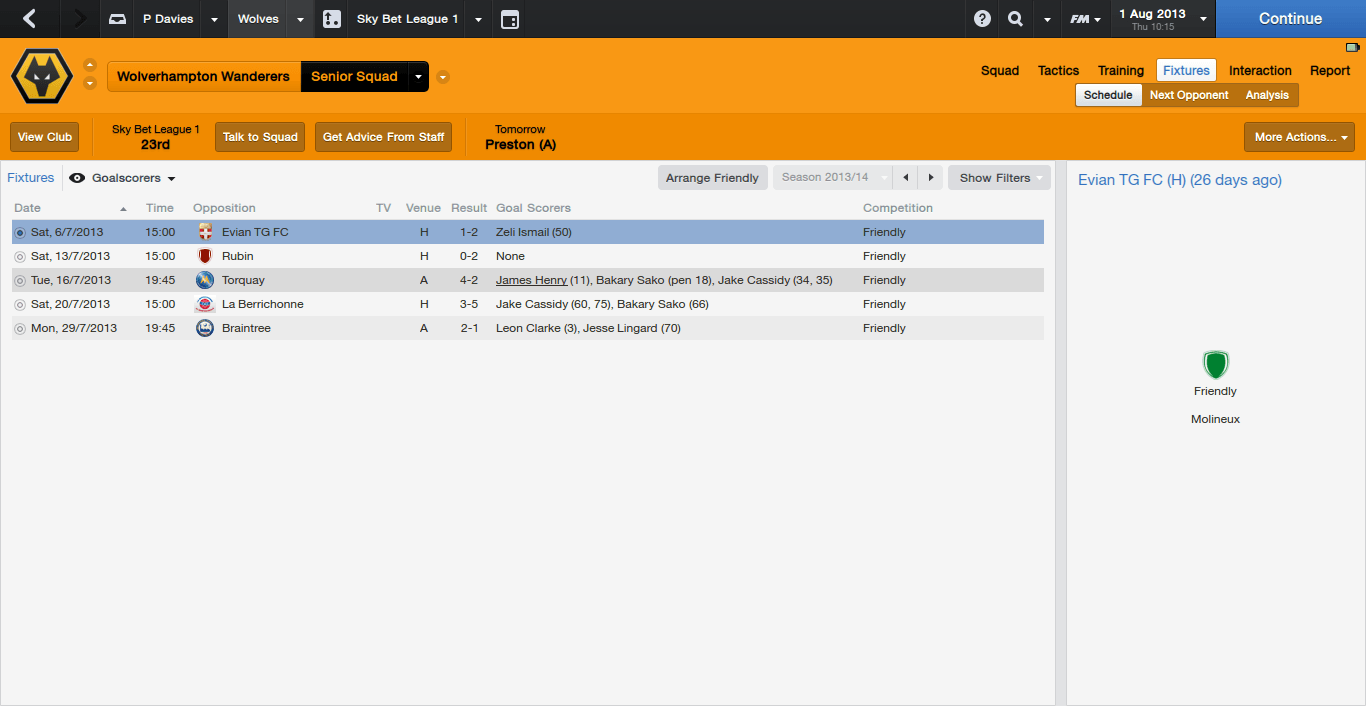 fmhunter
7 years
Good luck with this dude, can't wait to see how it unfolds. Lingard is a magnificent capture and I'm sure you'll be right up there come 46 games!
Login to Quote


August has been and gone and we had a very good month in which we won every game except the last time we played. I have adopted the continental touch by using the formation 4-2-3-1 in which we manage to hold majority of possession and hopefully make the other team chase us. 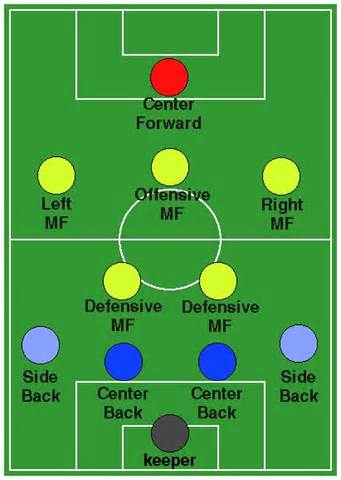 I also brought in another loan signing in Apostolos Vellios from Everton, He is a striker who managed to score on his debut for us and managing 4 goals 2 assists and 2 motm awards in his opening 6 games. 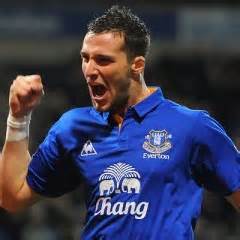 The results this month were as follows 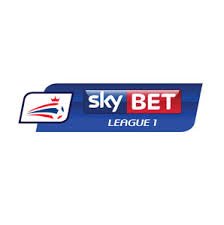 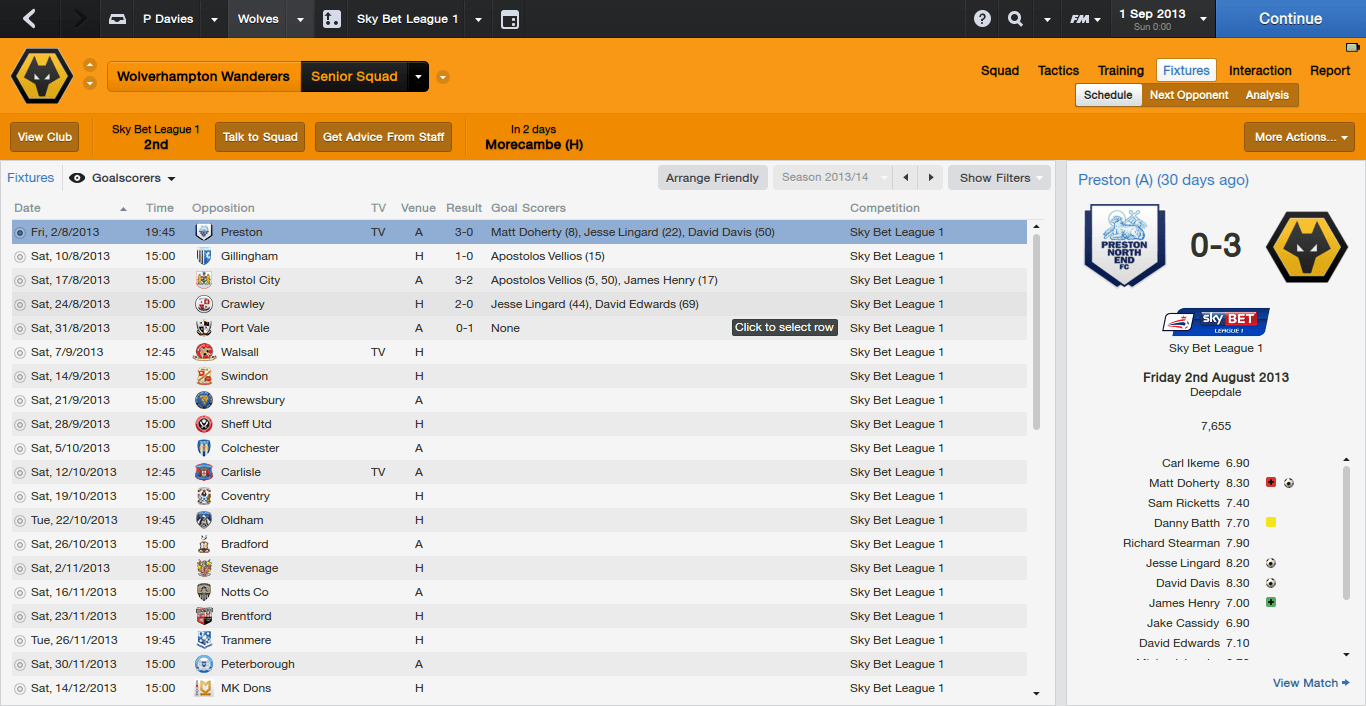 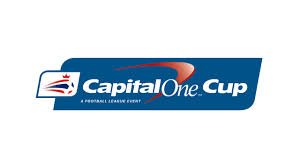 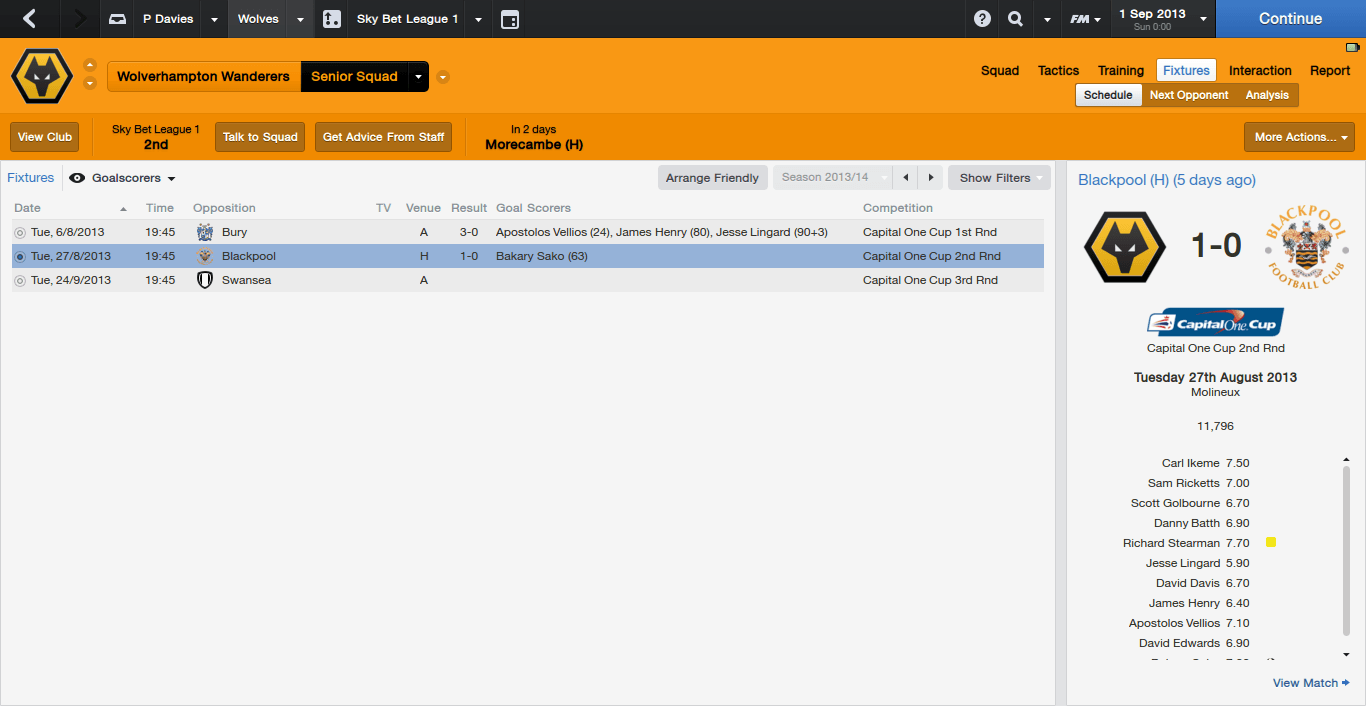 This month has been amazing i never knew it could be this much fun, The players actually listen to me and trust me. The best feeling came over me when we knocked out Championship team Blackpool from the Capital One Cup. My first hand in a giant killing fixture a moment I shall never forget.

Next month looks to be an entertaining on with local derby against Walsall to kick start september. A capital One Cup match away to Premier League Swansea City and Sheffield United on my birthday to top things off.

kdavva
7 years
great start, especially the loan signings. they are really helping your team and it shouldnt be too hard to emulate wolves season in real life!
Login to Quote

You are reading "Wolverhampton Wanderers- Awakening A Sleeping Giant".