I’ve been busy with a few personal commitments, hence why my previous stories haven’t continued, but now I shall start afresh.

For this story, I shall be… 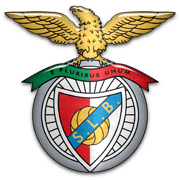 Yeah, it’s a bit of an odd one for me since I am a Sporting Lisbon fan, although I must confess that I have always hated Porto more. I’ve chosen Benfica because I believe they have a very nice crop of players, but primarily because I want to remove their huge hoodoo.

As many of you guys know, Benfica are under the curse of Bela Guttmann. In 1962, Guttmann led his Benfica team, which included the likes of Eusebio, to their second consecutive European Cup trophy, but left shortly after due to the club failing to give the Hungarian a wage rise.

Upon his departure, Guttmann said Benfica wouldn’t win a European trophy for 100 years. Since then, Benfica have lost eight European finals, two of which have come in the last two UEFA Europa League finals.

So the task is simple – win a European trophy (or wait another 48 years)!
Login to Quote

InvertedWingbacks
7 years
This ought to be interesting...good luck mate!
1
Login to Quote

pompeyblue
7 years
YES! YOU ARE BACK! Good luck Paddy 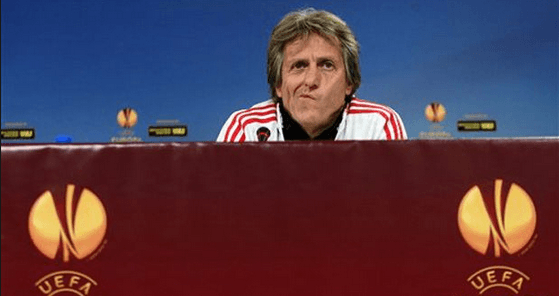 Benfica boss Jorge Jesus has admitted he is unsure whether he’ll remain as manager of the club next season following their defeat to Sevilla in the UEFA Europa League final.

Jesus led Benfica to the Liga Zon Sagres title, as well as the Portuguese League Cup and Taca de Portugal, but failed to overcome Sevilla in Turin.

The Portuguese manager is now unsure whether he will continue with the club, stressing he needs to hold talks with the board first.

“I need to speak with Luis Felipe Vieira (Benfica president) first and see at what stage of the project we are at,” said Jesus

“Football isn’t always as simple as trying again. We failed to win the Europa League, which we desperately wanted, so we have to review our situation.”

Benfica haven’t won a European cup since 1962, with many believing the curse cast over the club by former manager Bela Guttmann.

Jesus, however, remains upbeat on Benfica’s season and is confident the club can soon dismantle the curse.

“We didn’t win the Europa League and that is a great shame, but that doesn’t take anything away from the quality work we’ve put in this season.

“Evidently, we all wanted to win, but we didn’t. I have no doubts that Benfica can win it, it’s both mine and the club’s ambition, but we need to outline a few things now before the new season.”
Login to Quote

Josh_MU
7 years
I'll be honest, I despise Jorge Jesus and I'll be very happy if he leaves aha

Walter
7 years
Yes, I can't wait to read a story of yours, let alone a Portuguese one!

Arvind
7 years
Considering you're a Sporting Lisbon fan, I wouldn't be too surprised if you decided to wait 48 years