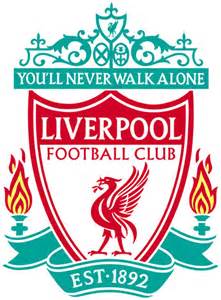 Jürgen Klinsmann (born 30 July 1964) is a German football manager and former player who has just been announced as the new manager of Liverpool FC. As a player, Klinsmann played for several prominent clubs in Europe and was part of the West German team that won the 1990 FIFA World Cup and the unified German team that won the 1996 UEFA European Championship. One of Germany's premier strikers during the 1990s, Klinsmann scored in all six major international tournaments he participated in, from Euro 1988 to 1998 World Cup.

In 1995 Klinsmann came third in the FIFA World Player of the Year award, and in 2004 he was named in the FIFA 100 list of the "125 Greatest Living Footballers"


Klinsmann takes over Brendan Rogers has the new man in charge at Anfield after Rodgers admitted managing was taking too big a strain in family life as his wife didn’t like the lifestyle. 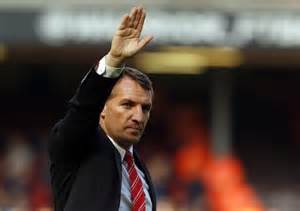 Liverpool F.C. is one of the most successful clubs in England and has won more European trophies than any other English team with five European Cups, three UEFA Cups and three UEFA Super Cups. The club has also won eighteen League titles, seven FA Cups and a record eight League Cups.

In the Press conference Klinsmann stated


“I have always had great memories of Liverpool ever since I was a player at Tottenham Hotspur. I remember being nervous coming to Anfield, knowing that a win was unlikely but even more cherished because of the size of the club here if it was achieved. I am a football fan first and foremost and when I was growing up they were the best team around. I am here to get Liverpool FC Back where they belonged feared throughout the world of football. I once had the privilege of standing in The Kop it was one of my most cherished memories of football without actually being on the pitch itself.” 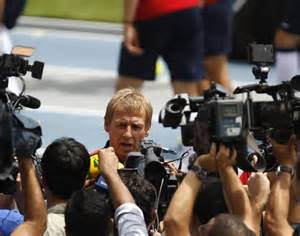 Klinsmann Mobbed By The Media Outside Anfield


With the tactics of Klinsmann and the talent of the like of Luis Suarez and Steven Gerrard expect Livepool FC to be one the team in May fighting for the League Title, with no European Competition to focus on Liverpool’s players will have less games to get tired from.
Login to Quote

Jamesg237
7 years
An interesting choice of manager for the mighty LFC! Good luck.
Login to Quote 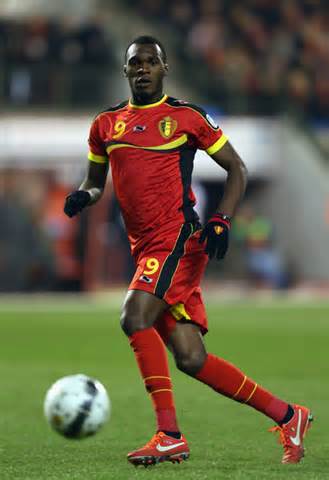 Aston Villa and Belgium striker Christian Benteke will have a medical at Liverpool on Saturday after the clubs agreed a fee of about £27m plus add-ons.

The Belgian center forward born in DR Congo will sign a four-year deal at the club which has ambitions of a top four finish.

The 22-year-old had four years left on his Aston Villa contract.

Benteke scored 19 goals in 34 games this season, and has 61 goals in 151 appearances since starting out his preofessional career in 2005 with Standard Liege. 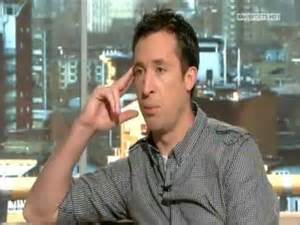 "From a Liverpool point of view, it's a perfect fit," Fowler told BBC Sport.

"For £27 it is a fantastic piece of business for a recognised Belgian striker who is proven in the Premier League.

"He's probably a little bit different from what we've got already but he's a Liverpool lad and all his family are living in England, so straight away you are going to get that extra 10% from him. He will give his all.”

Fowler went on to say.
"I know he’s fitted in with Liverpool's ideas of the past where we want young, vibrant, fast players but sometimes you do need a bit of experience as Roy Hodgson has shown with his squad.
"For me he is an excellent player and he will add to what Liverpool have got already."

There has been interest in the striker from other clubs, but it is understood he was only considering Liverpool. He apparently has been impressed with Klinsmann’s view on where he wants Liverpool to go, How Liverpool will manage to play Sturridge, Suarez and Benteke at the same time I do not know but if it can be done then it could be phenomenal.
Login to Quote

Here at Anfield this July and August has been quite eventful, After the departure of Brendan in early July and with Jürgen Klinsmann coming in as his replacement we were unsure of what affect it would have on the players. Things didn’t look to brilliant for us during the pre-season as we only won 3 out of the 8 pre-season friendlies the main glimmer of hope being a 2-2 draw with European champions Bayern Munich. 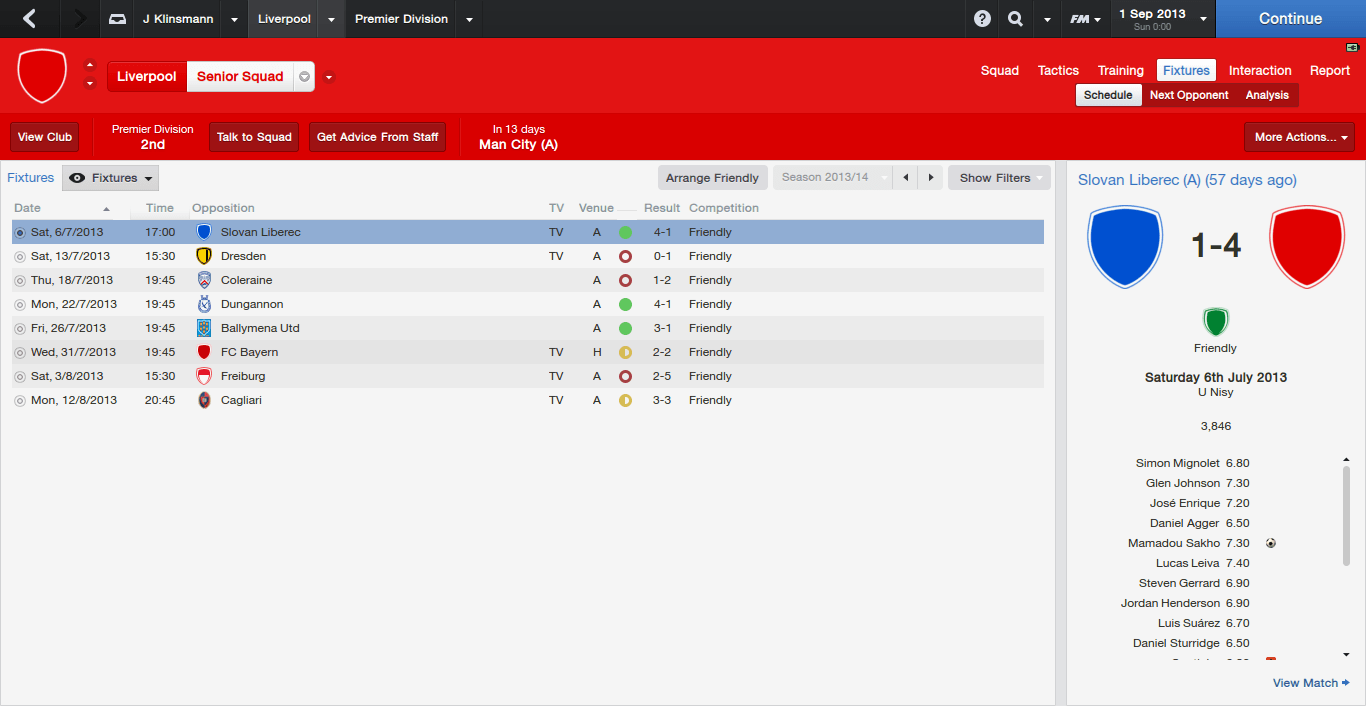 The only signing that Jürgen made was the widely spread news of Christian Benteke from Aston Villa for £27million. The absence of star striker Luis Suarez for the first 5 matches was also not a good omen. 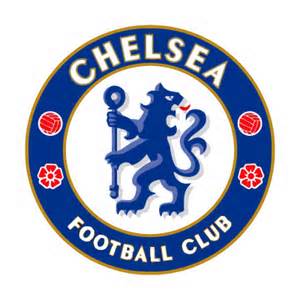 We went in to the opening game against Chelsea FC with hope rather than expectation. Things started off badly when Mamadou Sakho got sent off 4 minutes into his debut so Jürgen sacrificed youngster Raheem Sterling for Daniel Agger who had been on the bench after picking up in training earlier that week.

Chelsea took the lead through new signing Pedro on the 41st minute. We were going into the Half-Time break 1-0 down and a player short.

In the 57th minute Daniel Agger brought the score back level after a well rehearsed corner from Steven Gerrard for Agger with a perfectly timed header. Only 9 minutes later Ashley Cole got through the defence and put the hosts back in front.

Christian Benteke put us back level after out muscling John Terry to a free ball to slot it past Mark Schwarzer.

On the 78th minute Agger rose again with same routine as the first goal to put us ahead 3-2. We looked all set to win the match against all odds after all but Chelsea managed to squeeze an equalizer after a speculative effort from Willian deflected off Glen Johnson to send Mignolet the wrong way. 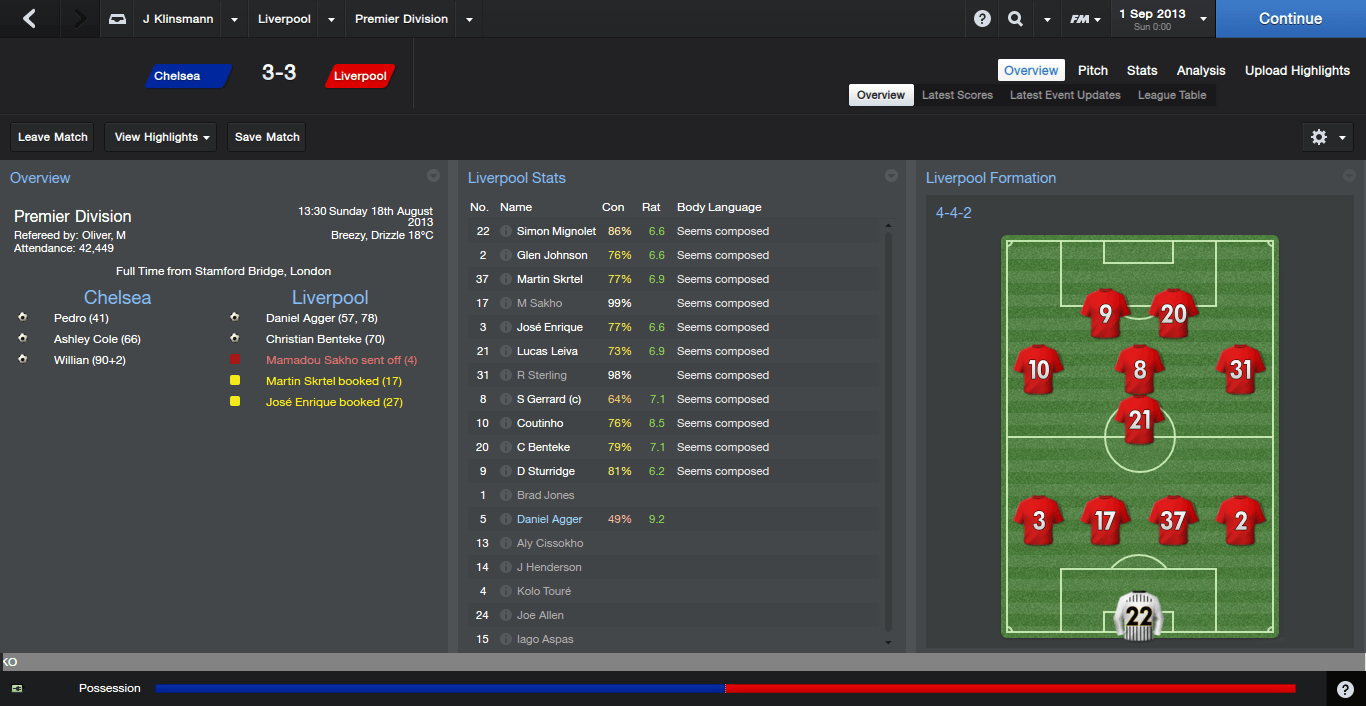 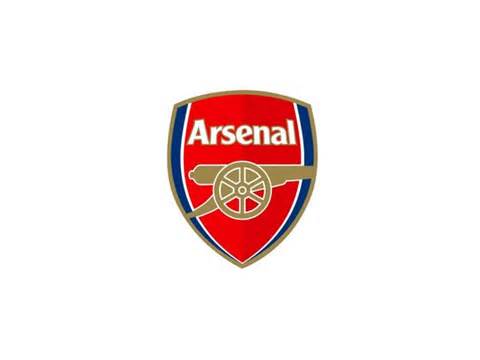 The next fixture we had to play was against Arsenal FC, it was a game in which we hoped we could get a good result after the effort put in against Chelsea.

The Match could not have started any better with Steven Gerrard and Christian Benteke both scoring in the opening 10 minutes to give us a 2-0 head start.

We continued to control the game and on the 42nd minute Stevie G bagged his second with a pile driver from 28 yards to take us in to the half-time break with a 3-0 advantage. 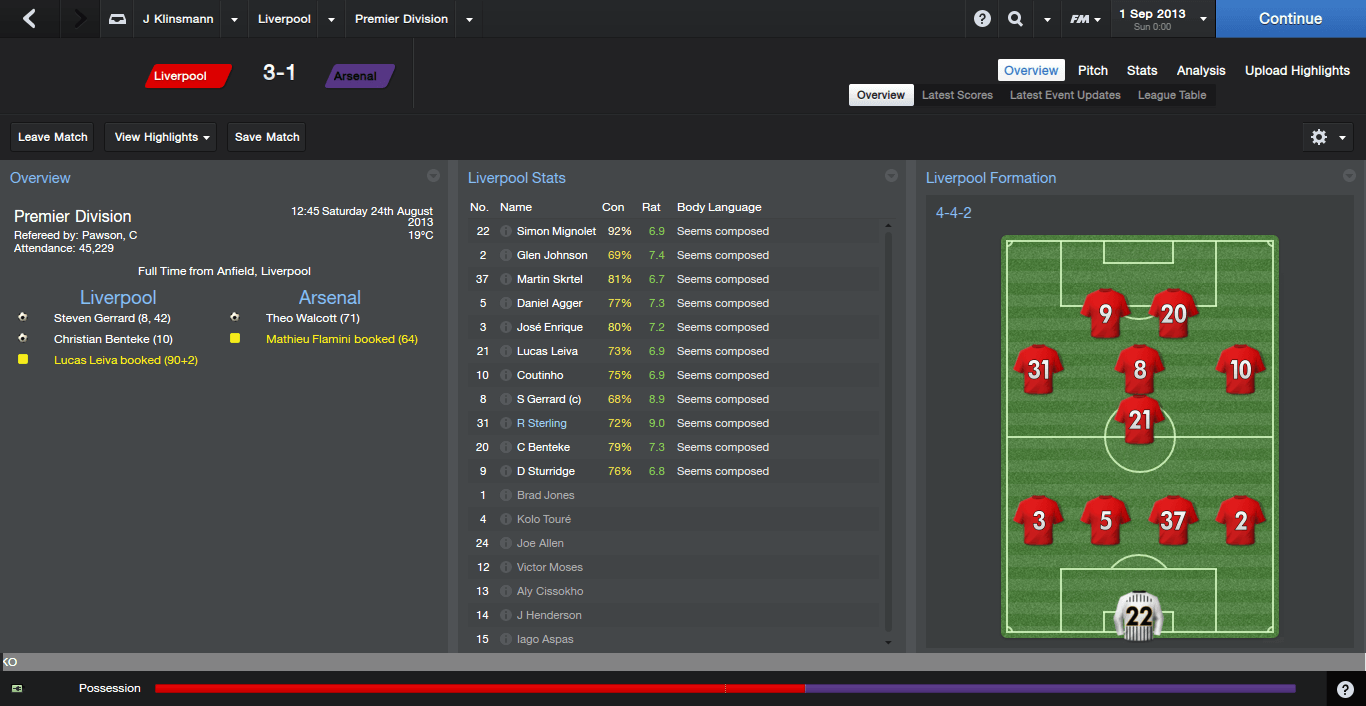 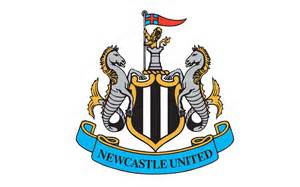 Our 3rd and final league match in August was against Newcastle United. A game we knew we should win and a fine first half brace from Daniel Agger both coming from his head after Raheem Sterling corners.

We won this match 2-0 with a pretty boring second half that followed. 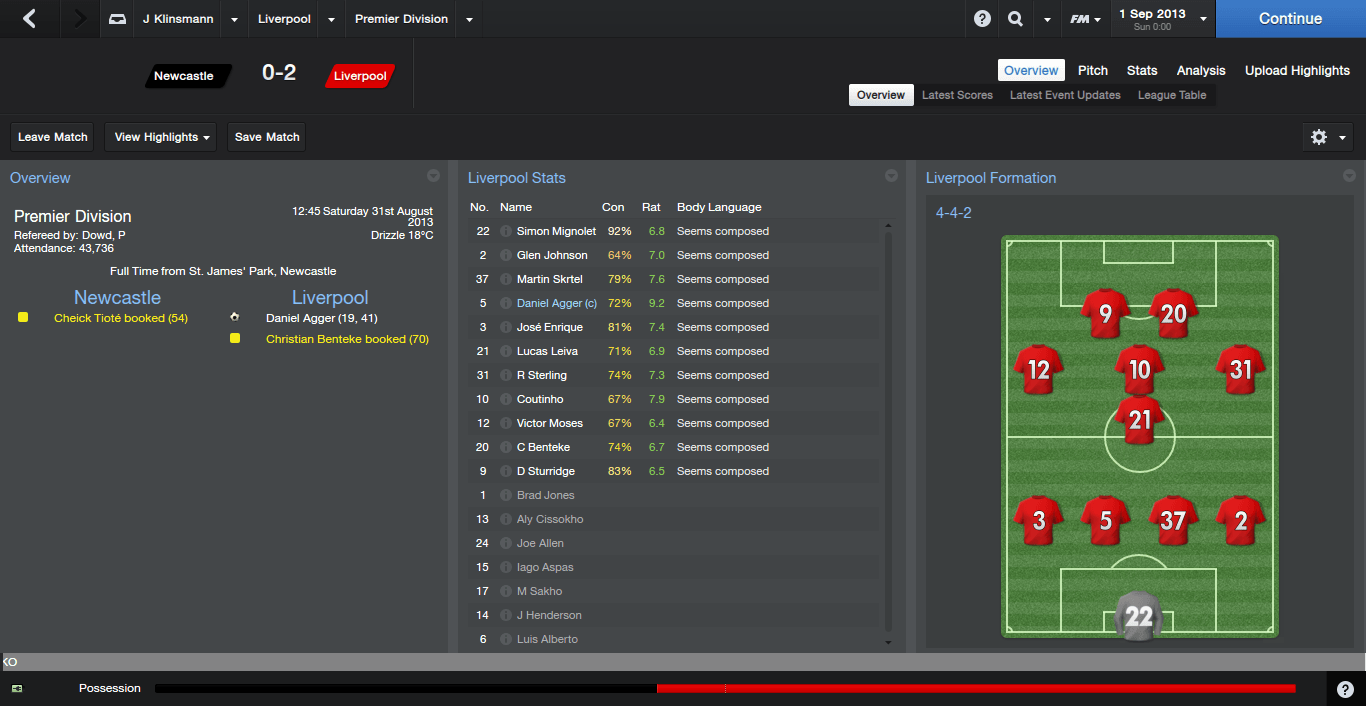 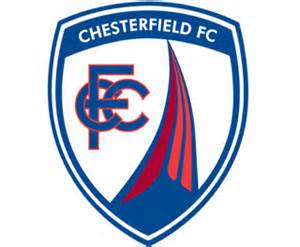 Our only other match this month was a capital one cup game where Jürgen decided to rotate the team and let a few of the fringe players have a go. The opponents were chesterfield and they gave us a good game we drew the game 2-2 after extra time with our goals coming from Sakho and Benteke.

We ended up losing 8-7 on penalties when Sakho put his clean over the crossbar. This will give us chance to concentrate on the league, although Jürgen was not happy with the referee for not giving a certain penalty. The FA didn’t punish him for his remarks in the press afterwards signalling that Jürgen may have been right. 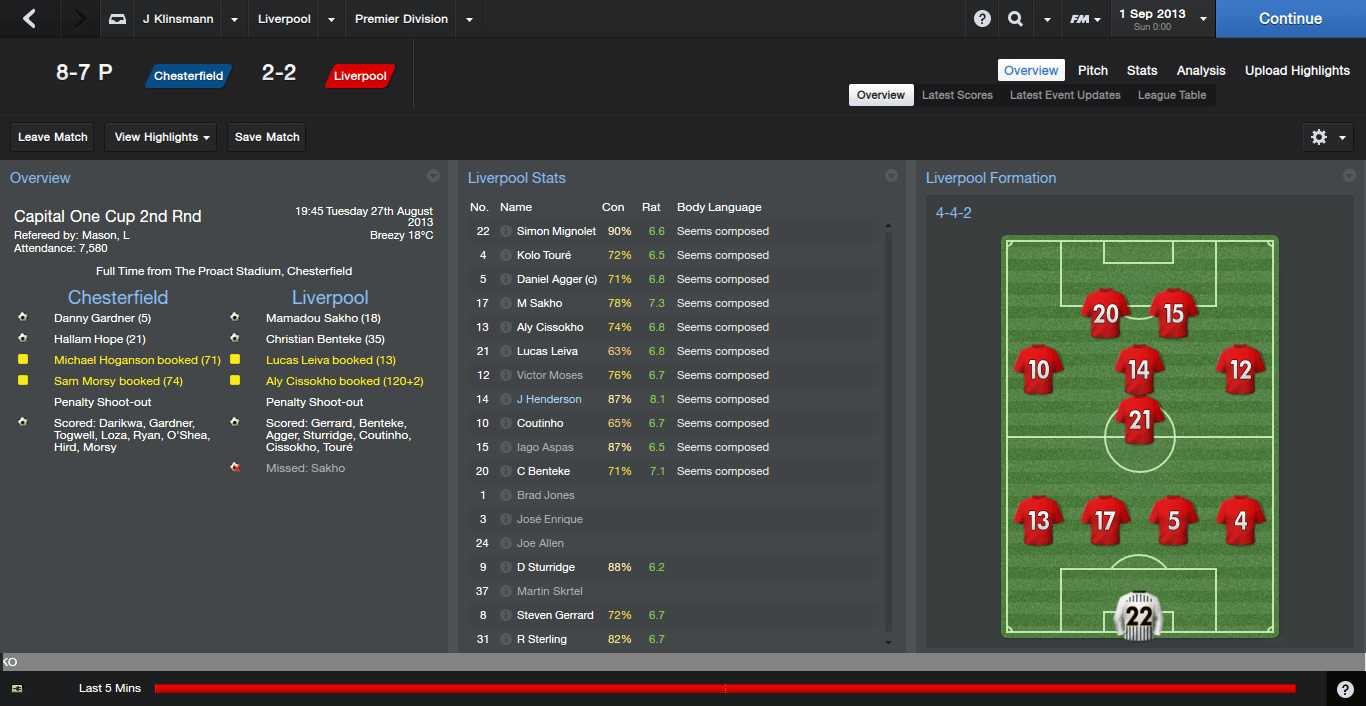 In conclusion August has been a decent month for Liverpool Fc with Daniel Agger picking up player of the month and Phillipe Coutinho picking up young player after being challenged for it by Raheem Sterling. Agger also is the current League top scorer with 4. We sit 2nd in the table to Southampton FC but with a promise of good things to come, we all at LFC have a dream and that dream could be realised by Jürgen. 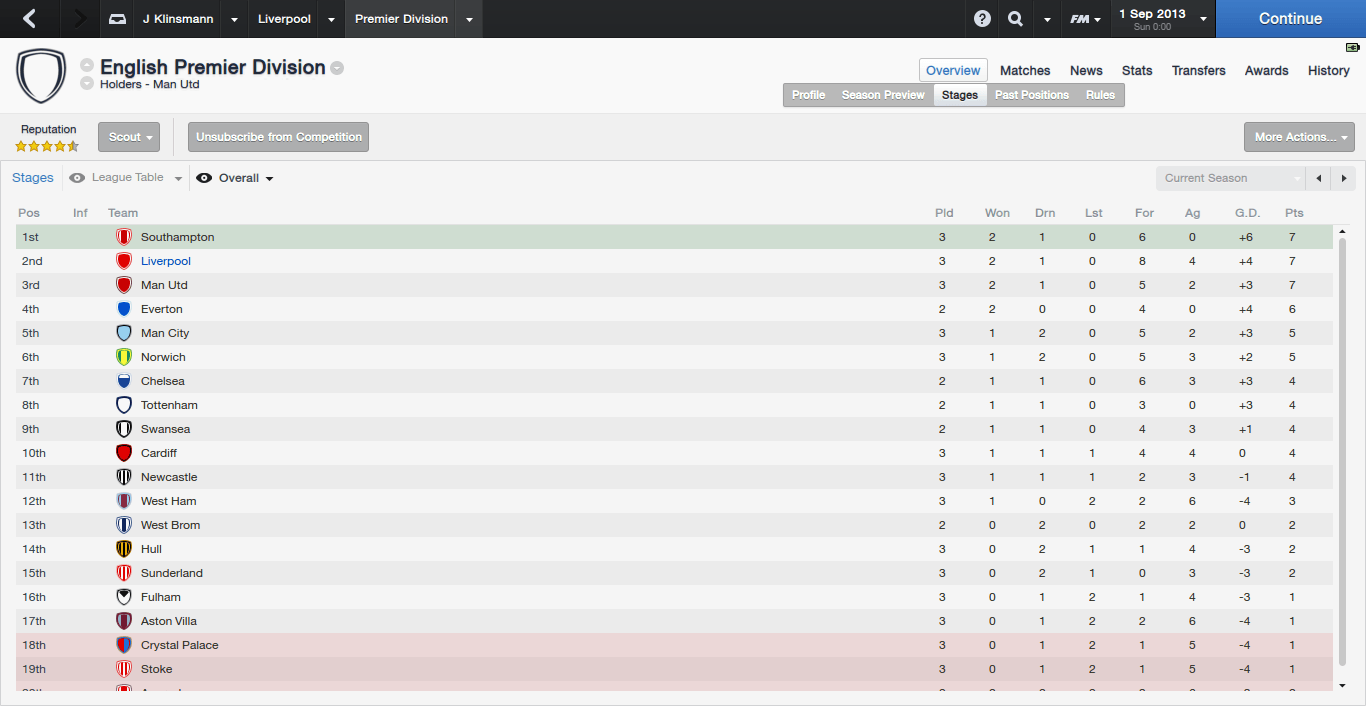 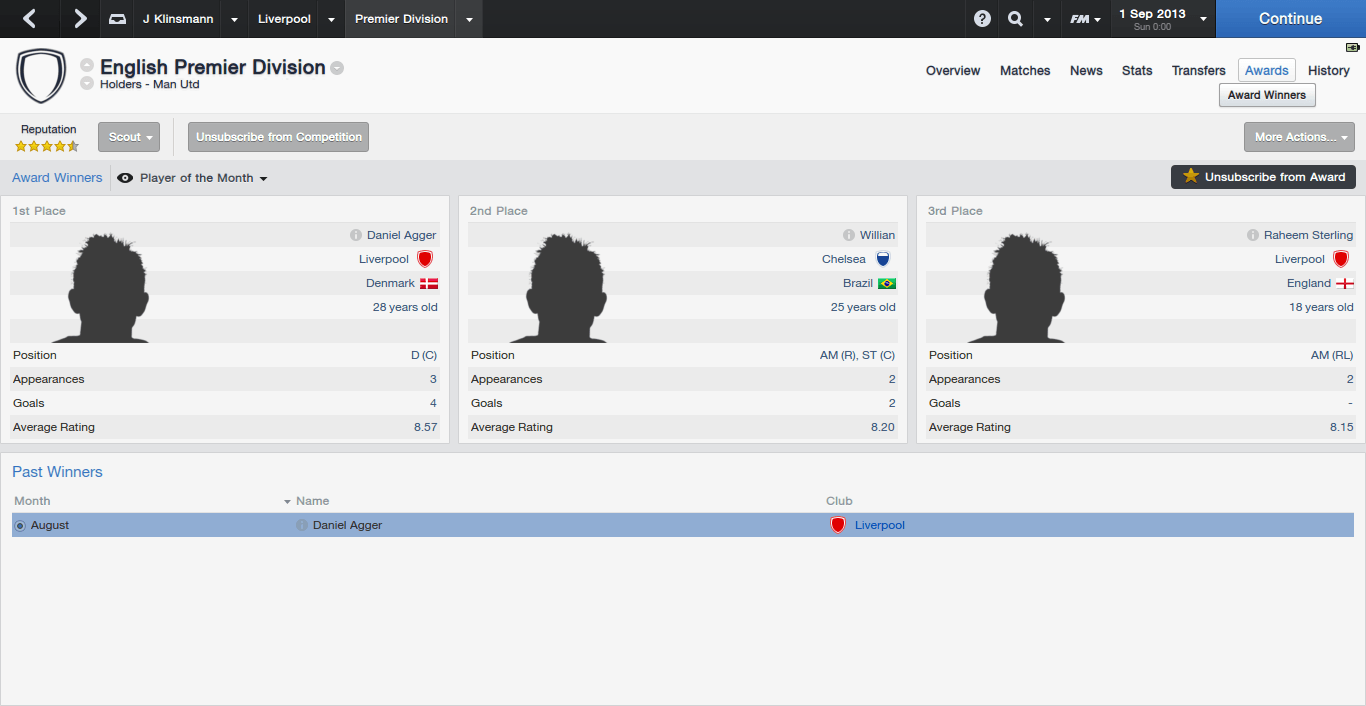 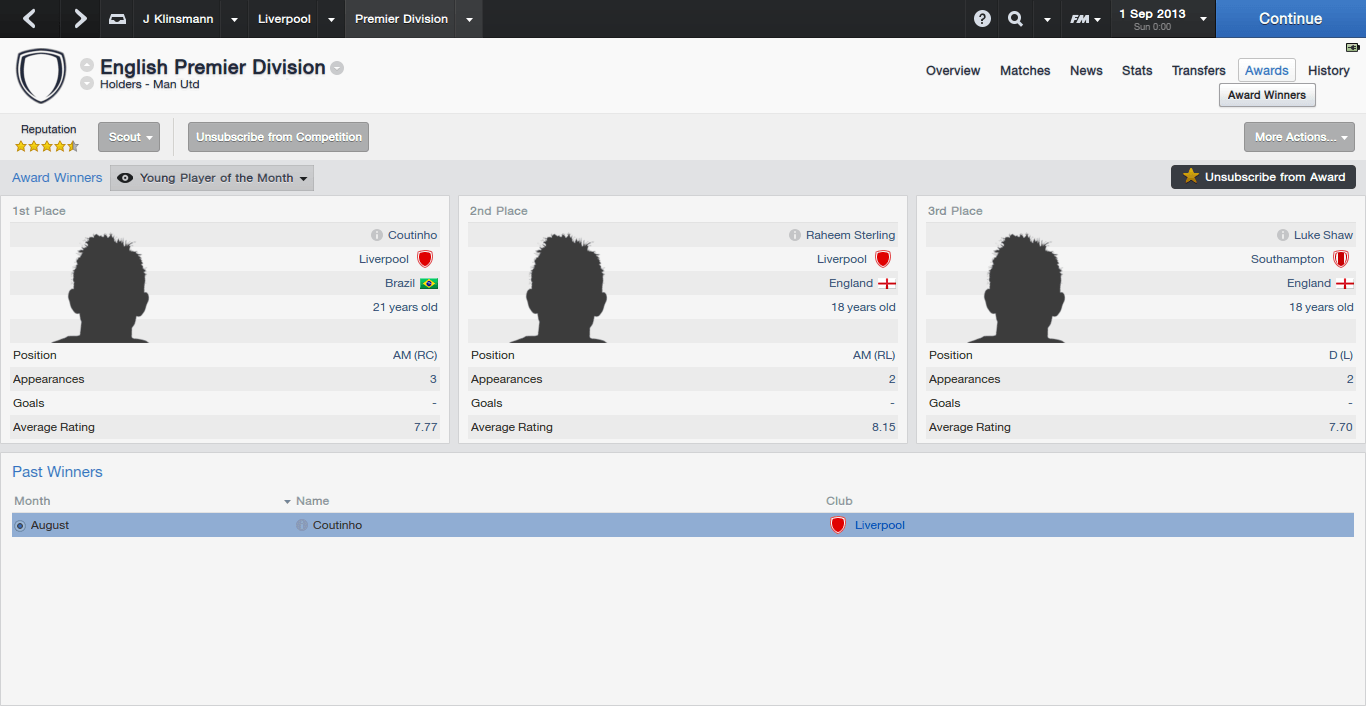 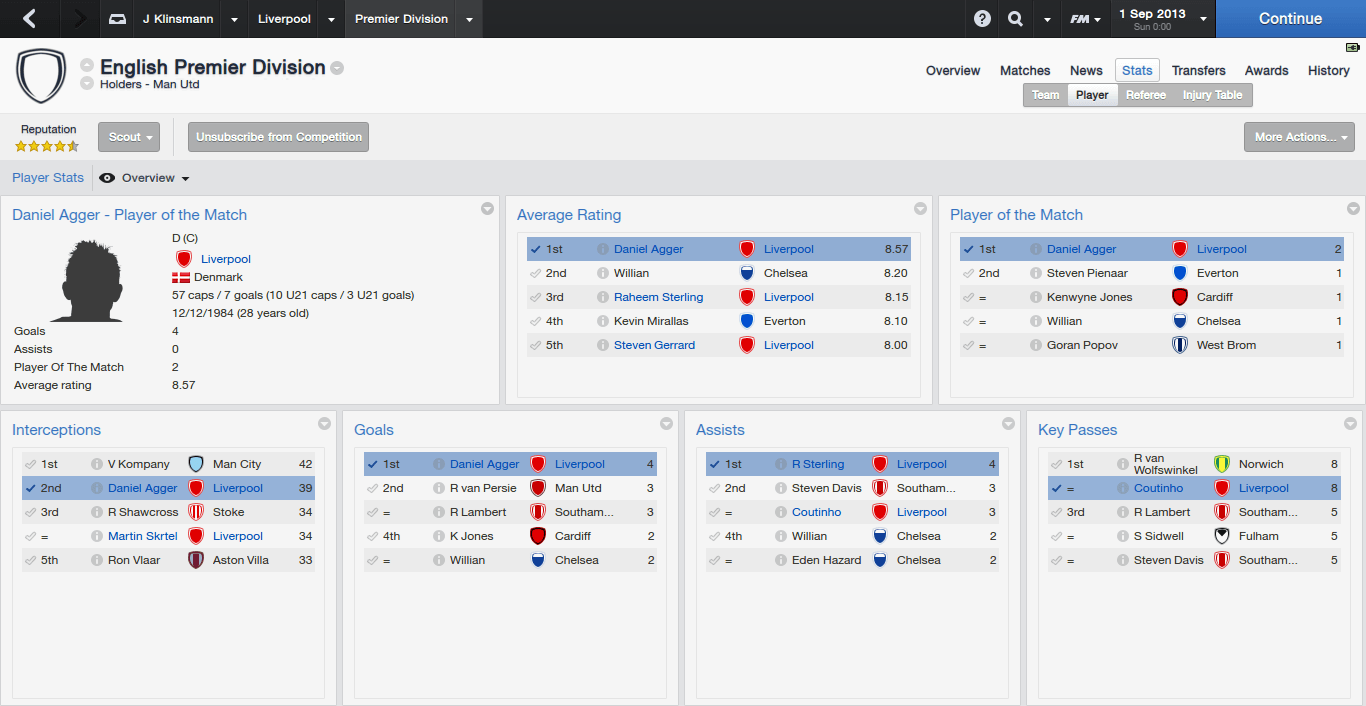 Alfie Phillips
7 years
Great Start to the season how do you plan on keeping every1 happy benteke sturridge and Suarez? Cant wait to see where this goes
Login to Quote

You are reading "Liverpool FC - A Jurgen Klinsmann Story".