Feliks
7 years • Edited
Hi guys. My name, as you may know is Feliks and although I am new here I feel accepted already. My stories are successful-ish and now I've decided to venture into a short story, one guaranteed to last for just a month in game. That's right, I'm going to cover the 2014 World Cup.

First off, some details


I have FM13, the 13.3.0 update. Please be warned that some underdeveloped players in FM13 who are stars in FM14 might not feature. And of course, the German and Japanese national teams will be greyed out unless some god-like regen develops in the time between the start of the game and the World Cup. So, in reality, this might not be as realistic as humanly possible but it's doesn't make that much of a difference and I'm sure everyone would love to see some older players making a stand at the World Cup.


The story will begin 1 month away from kickoff of the first game. I will bring you details such as who qualified, injuries, groups and favourites. Then when the real stuff happens, I'll update on pretty much every thing! It will be a long month, that's for sure.


This is going to be time consuming. I've already gotten my favourite graphic designer onboard, in ARSENAL_RULEZ, so thankyou very much to him. While I'm writing this story, my other 2 will go on hiatus, so you will have to look a couple of pages down the forum for those. In any case, please enjoy this coverage of the 2014 World Cup brought to you by your's sincerely,

Justice
7 years
This will be interesting

Feliks
7 years • Edited
Ok, so in hindsight I botched this up massively. This will not in fact be a news story, in fact it will be a first person story among multiple people. That may have been confusing, but you will understand soon. And apologies to toonman, hunter, cfc and griffo who's comments look very out of place now.
Login to Quote

cfcmarkt
7 years
Nice set out and I like the idea.
Login to Quote

It’s over, I told them. They offered me bribes to stay, I received death threats, but I’m not going back. 2 goals, 0 wins. It was disgraceful. I played my heart out, put in my all, even with the year I had in Italy. Yet my teammates, these nobody fringe players in France, didn’t care to show up. This cup, this month, is the lowlight. The 3-1 loss to Cyprus, that is my lowlight. Was it coincidence I starred? No, I tell you, no. I do not regret speaking out against the team, they thoroughly deserved it. Now, my chance is over, I am 33 and my time is done. My days may have been numbered, but we should have advanced. The way we played, we wouldn’t have deserved it anyway. 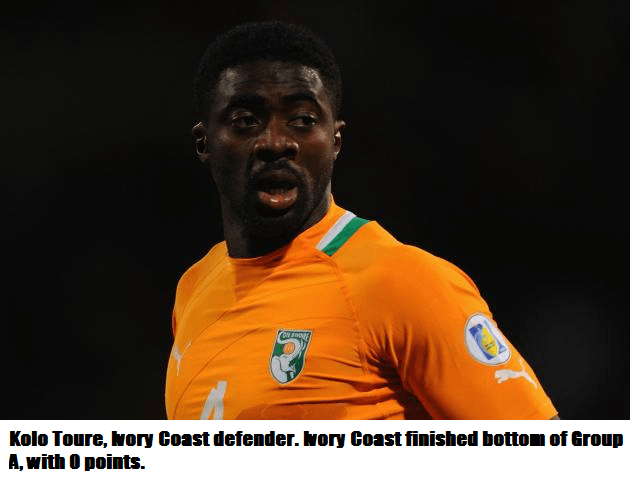 cfcmarkt
7 years
#YOLO Toure, you will have a chance in 4 years I predict.You will never give up on Cote d'ivoire.
Login to Quote

I predict what I want because #YOLO
Login to Quote

Chapter 2- Holding our Heads Up

They call me an athlete. I agree, I am not a footballer, but an athlete. By pure coincidence I can control a football and as a result I am a highly paid footballer and an athlete. But if I could trade football for full time running, I wouldn’t because nothing compares with the euphoria of the World Cup, the world game. I am so proud of my nation. 5 golds at an Olympics would not amount to this, for we stand today almost having gotten through to the round of 16. Kicking 2 goals myself along the way added to the excitement. We led against Holland, for some time, before faltering, but we can keep our heads up because we were the minnows, and we ran with the big fish. 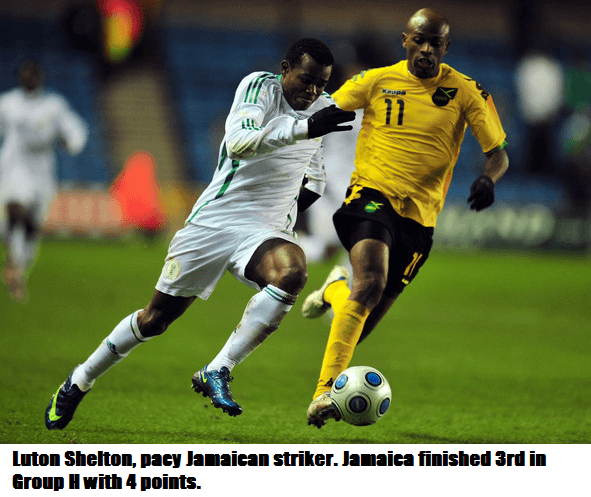 It is over. We fought gallantly, but it was inevitable. We fell to some of the world’s finest, and that is fine in my books. I’d rather lose to the best than beat the worst. Experience is everything in national management. They’re linking me with Brazil and even Uruguay, but I think this will be my last go, I need a club now. We fought well, with honour and pride, but I need a full on job. This will be my first and last Cup, and I can leave knowing I served this country well. 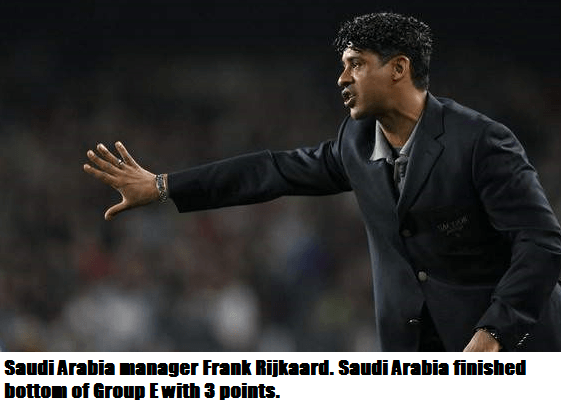