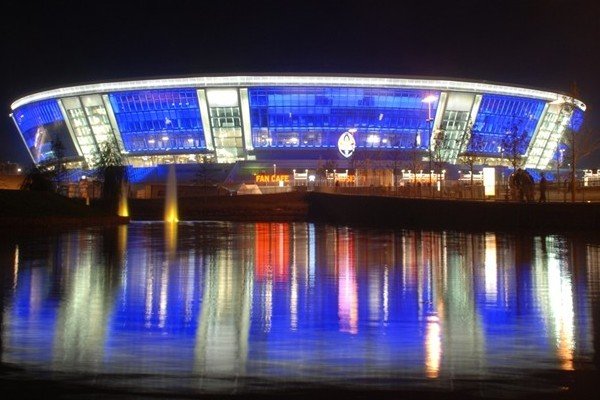 I walked out of the Donbass Arena jubilant. What an end to such a fantastic season. Beating Chelsea twice, home and away, winning the Ukranian Premier Division for the ninth time and for a fourth time in a row. We had just beaten Metalurh Donetsk 4-0. Douglas Costa opened the scoring. Then Henrikh Mkhitaryan scored his last goal for the club before his move to join Borussia Dortmund. January signing Taison then scored and then good ol' Eduardo finished the rout off. The Shaktar fans were chanting loud. I wonder if the Donetsk manager and legend Mircea Lucescu can repeat the success next season?
I will try and keep this going for as long as possible, but it all depends on school and how motivated I feel to write!
Login to Quote

Tallery
7 years
@Walter I like them because of their large transfer budget and their reasonably high reputation, so you can get big name players, but winning the Champions League isn't easy! And Thanks! 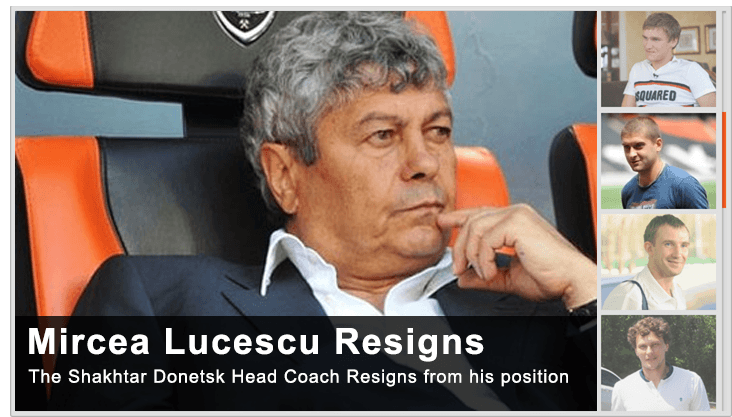 We are sad to announce that we have accepted the resignation offer from Mircea Lucescu. We wish him well for the future. He will help the board select the new manager due to his love for the club.

Chairman Rinat Akhmetov has released this statement:
"Unfortunately, today some sad news has to be told. Our manager, the one that bought the club so much success, has left. He won us so many trophies and given the fans so much to cheer about. We will announce an appropriate successor to him in due course."

Lucescu, 67, managed his club to a fourth consecutive title this season and to the Champions League Round of 16, who they lost narrowly to Juventus.

He had this to say:
"Today, I announce my resignation from Shaktar Donetsk. It is a sad day for me,as I have enjoyed some great moments in the nine years I have been here. I just want someone to new and full of idea's to take over from me, that is all I ask."
Login to Quote

As I read the news that had just been released, a sense of sadness overcame me. One of the best managers of the club has left. Gone. Thoughts were whirling through my head. Will the success he has brought us ever be repeated? Will the new manager be any good? Will our key players leave? What will happen to the club? The sense of security that surrounded the club had been the reason I had started supporting it. Now that has gone.

Then, my phone vibrated. A message showed up on the lockscreen. It read "have you seen the news?" It was from my friend, an avid Shakhtar fan, and this was the base of our very close friendship. I started to reply and over the space of fifteen minutes, we had an interesting conversation.

So that is what I did, made my CV up and sent it to the club. I wonder how far I will get? If I will even get a reply, considering it would be very easy to think that it was a joke, infact, now it is deadly serious - I want the job.
Login to Quote 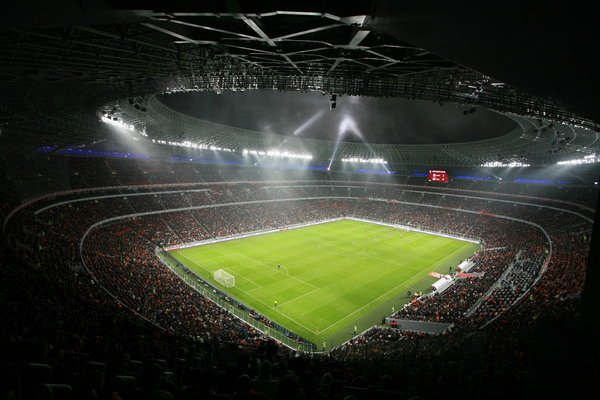 I walked towards the end of the tunnel. Noise was funnelling in. It echoed, as I was the only one walking down it. They were cheering. Just like on the last day of last season. But not Lucescu's name, but mine. They all wanted to see me, and I wanted to see them. As I entered on to the pitch, the PA screamed my name. It was greeted by a massive roar of the fifty-thousand fans that were packed inside the Donbass. An assistant handed me a microphone, and whispered in my ear "say something, motivational, inspiring. Something to take their minds of the departure of Lucescu." So that is what I did.

"What a great pleasure it is to be standing in front of you today." The crowd was silent. You could hear a pin drop. "Yesterday, I was one of you. A fan. Wondering who would take charge of our beloved club. But I am now that man. And I promise you success, just like Lucescu did. But I promise more. Success at the highest level every season. I promise big name players wearing the sacred Shakhtar shirt. I promise a team that works hard for me, and for each other. And if I do not get that, they will be gone. Sold. Those are my promises and requirements to you, as fans, and to you, as players of Shakhtar Donetsk. Thank you for excepting me as your new manager, THANK YOU!"

I waved, and then headed for the press room. Next was a conference. I always enjoyed watching these. Taking in all the witty, yet tactical, answers the coaches gave. Now I was in there shoes.

I sat down and it began. The flashing camera lights and the murmuring. I waited a second and said "Hello. My name is Sergy Smaparistol. And I am the new manager of Shakhtar Donetsk.

The first question I got asked was

"You are quite clearly a fan of this club. What is it like to go from a fan to the manager of the club you support?"

"What are your plans for the club?" Was another question I got asked.

"I want to bring success and lot's of it. I want to create a positive atmosphere in the dressing room, and I will get rid of anyone who won't do that. Also, if they are selfish or don't play to a certain level of commitment for the club, I will sell them. No question."

What are your transfer plans for this window?"

"The board have given me a large budget, which is nice, it shows they back me. I have some players which I am already in the process of selling, and an idea of some players I want to bring in."

"Thanks for being here today, to witness the unveiling and ask me some interesting questions"

And with that, I got up and left. Now let's get down to some transfer business.
Login to Quote

fscribbits
7 years
Quite the shoes to fill... Fingers crossed and good luck to you, Tal!!
1
Login to Quote 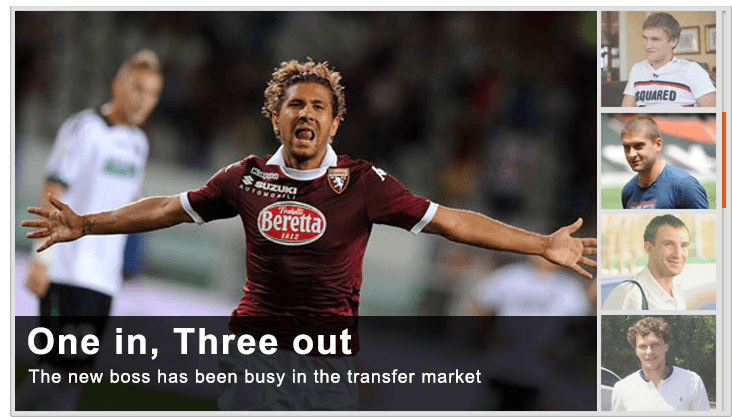 Three transfers have been completed. Three players will be leaving the Miners, with one coming in. 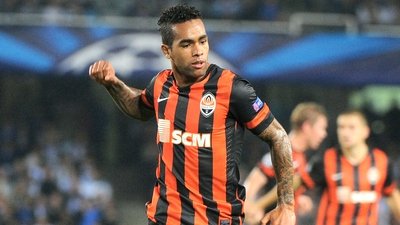 Alex Teixeira, Luiz Adriano and Taison have all left the club for a combined fee of £22million. Adriano has departed for Rubin in Russia. The Shaktar vice-captain has left for £4.8million. He joined the club in 2006 and made 117 league appearances for Donetsk, scoring 48 goals.

Alex Teixeira has also left for a Russian side, Spartak Moscow, for a fee of £10million. He joined Shaktar in 2009 from Brazilian side Vasco and made 82 league appearances, scroing 22 league goals.

Italian winger Alessio Cerci has joined Shaktar Donetsk from Italian side Torino for £5.75million. Upon arriving at the club, he told the club's website "To join a club like Shakhtar is a great acheivment. So many good players have played for this club, and now hopefully I am going to join them."
Login to Quote 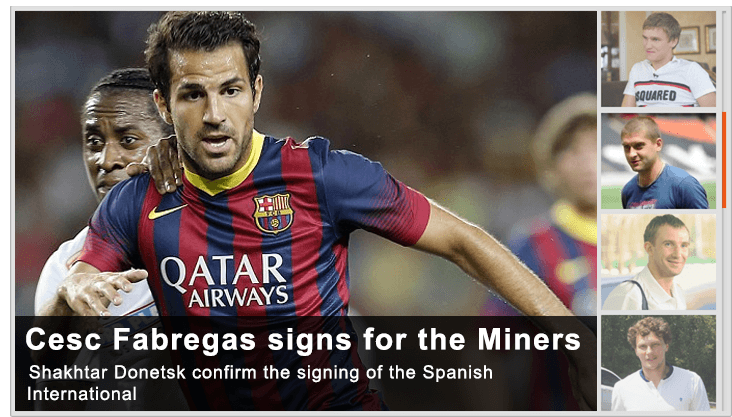 Barcelona midfielder Cesc Fabregas has signed for Shakhtar Donetsk for a fee of about £40million. He joins after spending two years with Barcelona. The offer from Donetsk was an unexpected one, according to him in his first interview with the club. "It was a huge surprise. I wanted to leave Barca, because I wanted to play. No disrespect toward Xavi and Iniesta, but I wanted to be first choice, as personally, I think that I am better than them. But I wasn't, so I have come here to get my wish, playing first team football."

Manager Sergy Samparistol had this to say about the midfielder. "Hhe is a world class player. No doubt about it. He has won the league in Spain, won the World Cup and has played for two of the biggest teams in Europe, at the age of 26. This signing also shows that we have a direction that we are going in, and trust me, this is the first of many top name signings for this club."
Login to Quote

fscribbits
7 years
Straight into the market for some extra class... Let's hope it pays off and they gel with the rest of the squad
Login to Quote

You are reading "The Kings of Ukraine".