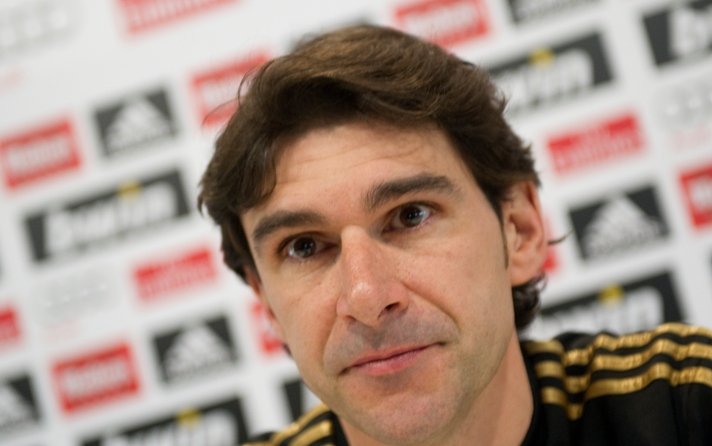 Aitor Karanka has left his role as manager of Middlesbrough F.C. after a family member was diagnosed with a serious illness and he wanted to be able to put his full concentration on helping them recover. Karanka, who only joined Middlesbrough at the end of May, leaving his position as assistant manager of Real Madrid, to replace former Celtic and West Brom manager Tony Mowbray, had already brought in players to bolster his squad for the upcoming season, has expressed his disappointment t with not being able to commit to his contract with Boro but admits family comes first, and has wished his successor luck with assistant manager Jamie Clapham, 39, taking over as caretaker manager until a replacement can be found.

A statement was released on the Middlesbrough website this morning saying: “Sadly we announce that Aitor Karanka has left his position as manager to return to Spain to deal with a family illness. It’s a shame as we firmly believe he would have been a success but we wish him luck for the future and we will fully support him and his family in whatever way we can while they are going through these bad times. In the mean time, we confirm assistant manager Jamie Clapham has taken over as caretaker manager until we find a suitable manager to lead Middlesbrough F.C forward”.

Bookmakers Ladbrokes are listing former Watford manager Gianfranco Zola as the favourite to take over the vacancy at 4/1, with Steve Clarke at 7/1 and Glen Hoddle at 15/1 as the job search is expected to last for a good few weeks.
Login to Quote

Griffo
8 years
Solid start, will keep an eye on this one!
Login to Quote 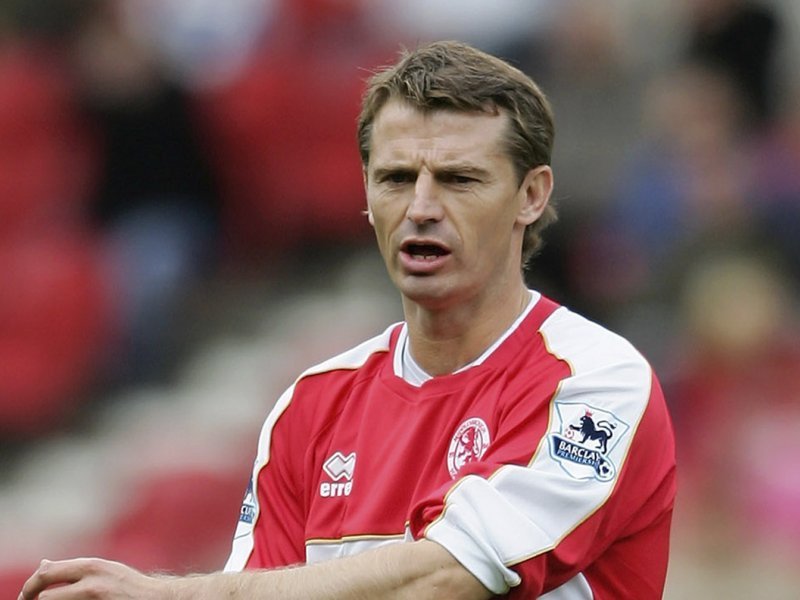 Middlesbrough have today announced that the clubs former player and coach Colin Cooper is set to take over the role as the clubs manager. Cooper, 46, had only recently taken over at League Two side Hartlepool United for his first role in management, but Middlesbrough chairman Steve Gibson obviously sees the qualities in Cooper which will help him lead Middlesbrough forward for the start of a new project at the club. It is rumoured that Cooper has signed a 1 year deal worth around £15,250 per week to lead the club for the upcoming season, and fans will be hoping he has an instant impact. The club have released a statement on the website to explain the reasons for giving a very inexperienced manager the chance to lead the club on: “We are delighted to announce that former player Colin Cooper has agreed to take over the managerial role after Karanka’s departure, and we hope that in his first season he can get the points in and help us challenge for a place in the play-offs. If Colin’s performance as manager is considered of good enough standard by the board at the end of the season then there is a good chance we will offer him an extension to his current deal. We wish him the best for the upcoming season and now we just need the fans to get behind him and the team this season”.

Cooper had started his career at Middlesbrough, coming through the academy in 1984, and spent 7 years with the club making 188 appearances, scoring 6 goals. During this time, the former centre back helped Middlesbrough through liquidation in 1986. In 1991 Cooper had secured a £300,000 move to Millwall, making 77 appearances and finding the back of the net 6 times before leaving the club in 1993 where he moved to Nottingham Forest for a fee of £1,700,000. At Forest, “Super Coops” earned two England caps, and after two promotions, one relegation and 20 goals in 180 appearances, Cooper returned to Middlesbrough in 1998 for a fee of £2,500,000 and made 158 appearances, scoring 5 goals before retiring in 2006, and also made 3 appearances for Sunderland in a loan spell in 2004. In 2006 Cooper had taken up a role within the Middlesbrough coaching staff, before being promoted to assistant manager in 2009 following the departure of Steve Round. Following the departure of manager Gareth Southgate, Cooper had taken over as caretaker manager in which he drew 2-2 against Preston in his only game in charge. In 2011, a year after leaving Middlesbrough, he took up the role of assistant manager at Bradford City, but resigned later that year and then took up a role as manager of Middlesbrough’s U’18 squad. On the 24 May 2013, Cooper took the job at Hartlepool, but was tempted away just over a month into the job by taking up the role as manager of Middlesbrough.
Login to Quote

swanny8589
8 years
good start mate, me being a Newcastle supporter though I hope you crash and burn

and I can assure you that won't happen 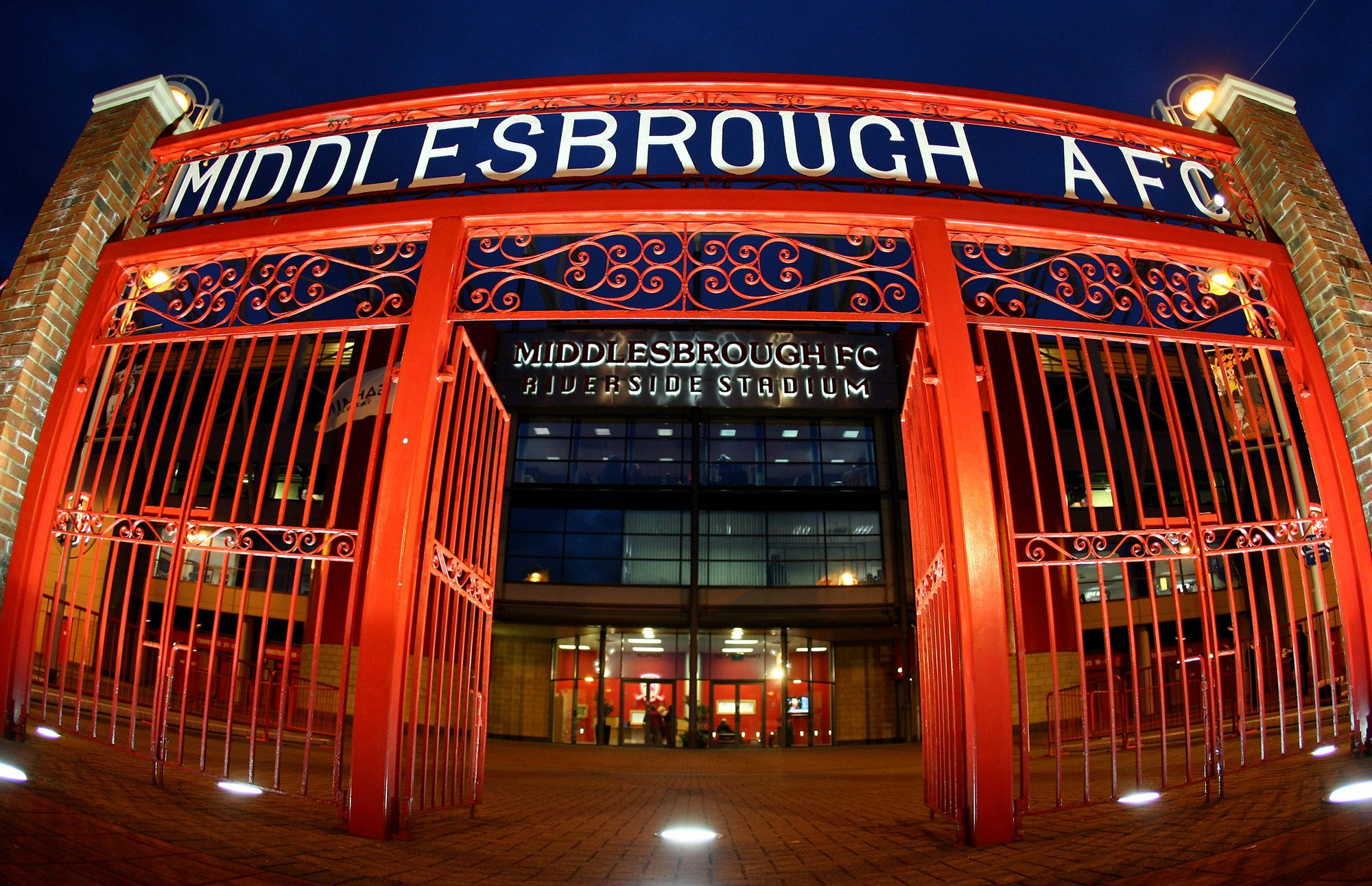 New Middlesbrough manager Colin Cooper has began overhauling his team by allowing 9 players to depart the club within his first week as manager of the team. Youth Academy graduates Birgir Meling, Matthew Waters, Ryan Brobbel, Charlie Wyke and Connor Ripley have all departed the club on free transfers, and manager Colin Cooper has explained his decision on why he released the youngsters to leave the club: “First of all, I would like to wish Birgir, Matthew, Ryan, Charlie and Connor the best of luck for the future and appreciate all the hard work they have put in at the club since they joined. I've worked with the lads when I was working with the U18 squad recently and I just felt there were other players at the club who would get more chances in the first team after progressing from the academy and I felt that it would not be fair on them to just keep on playing reserve football, so the best decision was to let them leave the club”.

The other 4 deals that Cooper had sanctioned are striker Curtis Main leaving to join League One side Peterborough on a 6 month loan deal to allow him to get regular first team football. Luke Williams has also left the club to join Scottish Championship side Dundee on a season long loan, with full back Stuart Parnaby leaving to join Blackpool for a fee of £375,000 and midfielder Grant Leadbitter also leaving on a permanent deal to join Leeds United for a fee of £1,300,000, much to the displeasure of the clubs fans. Aswell as players going out, Middlesbrough have also been linked with moves for Celtic duo Anthony Stokes and Georgios Samaras, both who could join on loan but nothing has been confirmed by any of the two clubs.
Login to Quote


Didn't feel he would have much impact on the team

And thanks mate:)
Login to Quote

Five In At The Riverside 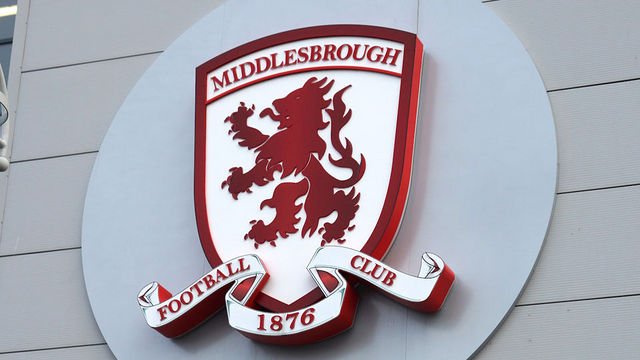 Middlesbrough manager Colin Cooper has continued his rebuild of the squad, bringing in five new players to beef up the squad after nine departures. Player such as Celtic's Anthony Stokes, Manchester City's Alex Nimley and QPR's Shaun Wright Phillips have all been linked with the club but those rumours have turned out to be just rumours, with none of the three players actually holding talks with the north east club. 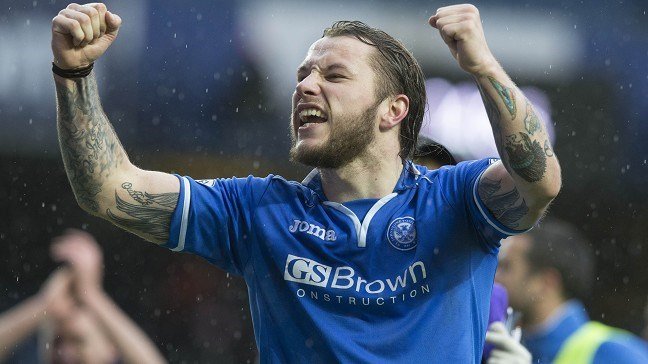 24 year old midfielder Ross Draper joins the club for a fee of £325,000 from Scottish Premiership side, just one year after making the switch to Scotland, where he made 34 appearances and finding the net 5 times, and he is expected to be the replacement for Grant Leadbitter who left for Leeds earlier in the month. 20 year old right back Cyrus Chrisie has joined the club for a fee of £425,000 from Coventry City, where he made 68 appearances scoring 2 goals, and has been brought in to strengthen the right back position which has been weakened by the departure of Stuart Parnaby to Blackpool. 22 year old defender Danny Batth has been brought in on a 3 year contract from League One side Wolves, where he made just 12 appearances scoring once, aswell as having a number of loan spells. The fee paid for Batth is believed to be in the region of £100,000 with defender Seb Hines going the other way to make an instant replacement for the Wolves academy graduate. 20 year old striker Stevie May has been signed for a fee of £250,000 from Scottish side St. Johnstone, where he made 23 appearances scoring two goals, aswell as having successful loan spells with Alloa and Hamilton, and is expected to add more competition up front for the on loan Danny Graham. The last signing made is 19 year old Dean Santangelo, following his release from Manchester United and is expected to be placed in the U21's squad until he is deemed ready for the first team.

More arrivals are expected at Middlesbrough, with Cardiff defender Darcy Blake rumoured to be on manager Colin Cooper's shortlist, along with Brentford defender Tony Craig, West Brom's Luke Daniels and Manchester United youngster Jesse Lingard, although no official word has come from Middlesbrough to confirm the clubs interest in any of these players.
Login to Quote

You are reading "Middlesbrough F.C. - The Start Of An Era".