One year on: 'The Special One' ends his second spell at Stamford Bridge 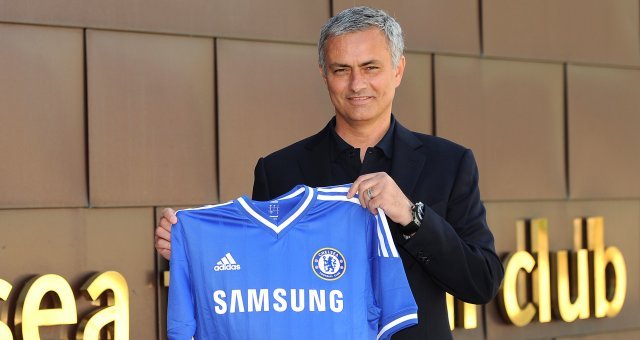 Not to be: Mourinho enjoyed a successful spell in charge of Chelsea several years ago, but was unable to reach the heights of his previous successes in his second stint in charge of the London club.

José Mourinho has left Chelsea on his own terms this morning, the BBC can confirm. The talented Portuguese manager rejoined Chelsea at the beginning of last season, but his squad failed to really challenge for the Barclays Premier League title, which was contested by Manchester City and Liverpool.

Mourinho declared the season unacceptable and his contract was terminated early this morning, to the dismay of Chelsea fans. Mourinho's initial spell with Chelsea came in the years 2004-2007, where he won two league titles, but was unable to win a major European competition with the Stamford Bridge club.

Since his initial spell ended, Chelsea have hired seven managers, including current Real Madrid boss Carlo Ancelotti, recently axed Brazil coach Luiz Felipe Scolari and Roberto Di Matteo, who led the club to a UEFA Champions League win over Bayern Munich. It remains to be seen who will take over from Mourinho this time, but if speculation is anything to go by, the favourites seem to be Jens Keller, Roberto Martinez and Slaven Bilic.

Mourinho has not left Chelsea high and dry, 'securing' the future of his beloved club by signing Diego Costa, Cesc Fabregas, Filipe Luis and Loic Remy.

And as one legend departs, another arrives as Didier Drogba agreed terms with Mourinho to signal the start of his second spell at Stamford Bridge.
Login to Quote

RD17
5 years
as a blues fan, a Drogba player/manager role would be wicked 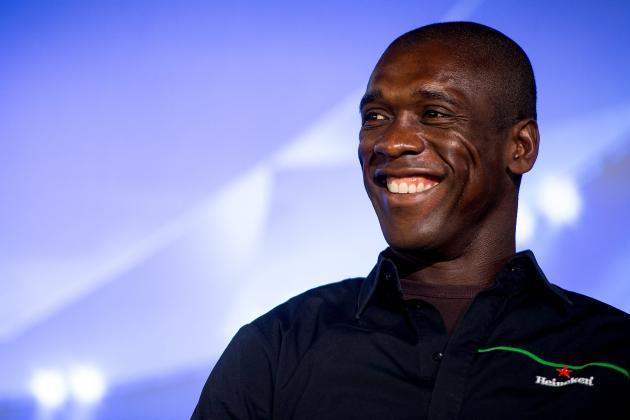 The owner of Chelsea F.C., Roman Abramovich has announced that Dutch manager Clarence Seedorf has been chosen as Jose Mourinho's replacement.

Following the resignation of the Portuguese boss last week, tabloids went crazy with speculation as to who would replace 'The Special One'.

Seedorf, who was born in Surinam, was regarded as one of the best midfielders of his generation by many experts during his playing career, which he ended earlier this year.

He has had one managerial spell since retiring, leaving Brazilian side Botafogo to take over from Massimiliano Allegri at AC Milan, where he had spent much of his playing career.

He was sacked, however, earlier this summer and Pippo Inzaghi took the reigns.

Seedorf has made a promise to Chelsea fans that he and the side will do their best in the title race this season, but is confident that the squad does not need any further additions.

"Jose, who we all know is a superb manager, made some incredible signings for the club this summer. Just look at Diego (Costa), who had a fantastic season with Atletico last year, and Chelsea have been able to tempt someone who I would name as one of Europe's top strikers away from his club. That shows that Chelsea is one of the biggest clubs in the world. We will do our best to make the club even bigger in the coming seasons."
Login to Quote 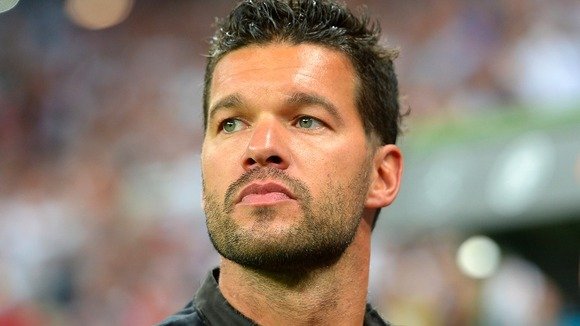 Michael Ballack has declared himself delighted at being offered his first coaching opportunity in the game following his retirement from football.

Following Clarence Seedorf's recent appointment as head coach of the club, the Dutchman has set about finding a backroom staff to help him with the running of the club.

While Ballack will be tasked with assisting the U18s coaching team, he will still be a key asset in the development of future players at the club.

The former Germany international joined Chelsea from Bayern Munich in 2006, before leaving for his last ever club, Bayer Leverkusen in 2010. He fell just short of 100 caps for the German national team, but will be remembered by many for his style of play.

"I'm incredibly grateful to have been entrusted with my first coaching job here at a club whom I have so much respect for. Myself and Clarence met earlier in the week following his approach. We talked for a while, and I feel that I can do a good job here. I feel blessed to be back here, and although I admit that I have a lot to learn about football coaching, that I can give a lot back to the club in exchange for this brilliant opportunity."
Login to Quote 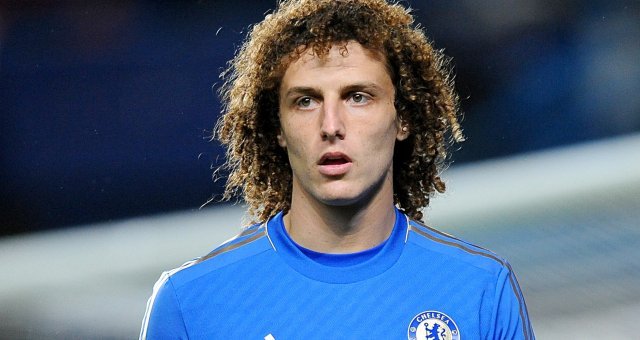 Rumours coming into the news desk of The Sun this morning are that new Chelsea boss Clarence Seedorf will look to bolster the defence at the club - despite the 38-year-old Dutchman all but ruling out any further dealings in the transfer market.

Chelsea have already seen Brazilian centre back David Luiz leave for French side Paris Saint-Germain this summer, but have not looked to find a replacement.

Various foreign sources claim that Seedorf's arrival will spark a search for a central defender to partner one of English pair Gary Cahill or John Terry. 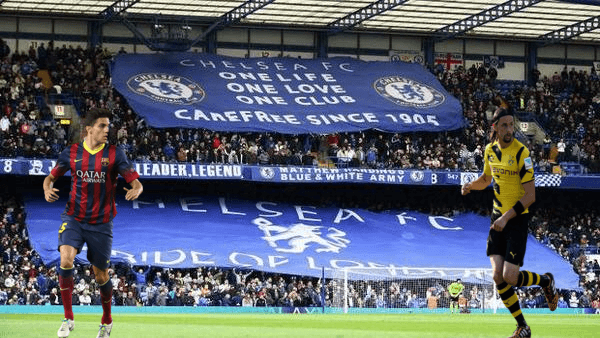 Set for England move? Neven Subotic and Marc Bartra are among the names who Chelsea have been linked with.

Bartra, 22, is a product of the Barcelona youth academy and has recently found himself earning more game time and plaudits for his performances. It has been reported that Chelsea will have to part with around £20 million if they wish to obtain the services of the Spaniard, who made his international debut last year.

The other name who has been strongly linked with a move to London is Serbian defender Neven Subotic who plays for German side Borussia Dortmund. They face competition from Everton to sign the 24-year-old, who will cost around £10 million.

Chelsea have refused to speculate on these rumours, so we will have to wait and see what comes of this in the next few weeks.
Login to Quote

Battle for Ricardo Rodriguez begins with Chelsea in the lead 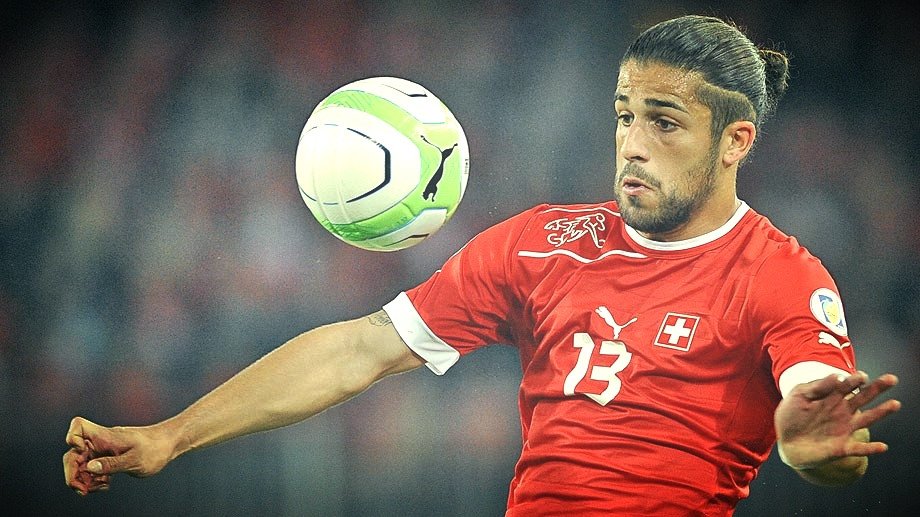 Swiss fullback Ricardo Rodriguez is reportedly stuck in a four way tug-of-war as some of Europe's elite try to convince the 20-year-old that their club is right for him.

The promising fullback, who plays for VfL Wolfsburg in the Bundesliga has earned over 25 caps for Switzerland since his debut in 2011, and was praised for his performances for his country at the 2014 World Cup in Brazil.

Born to a Chilean mother and a Spanish father, Rodriguez speaks fluent Spanish - but none of Spain's big teams are looking to make a bid for the player, who started his career in his native Switzerland, playing for FC Zurich.

Earlier this year, he was voted as Swiss Footballer of the Year, beating the likes of Granit Xhaka and Xherdan Shaqiri to the award.

Liverpool and Chelsea are rumoured to be leading the chase and have reportedly made bids for the left back, but both Tottenham and Napoli could hijack the deal.

Chelsea recently brought in Felipe Luis from Spanish champions Atletico Madrid after parting with Ashley Cole, but with Cesar Azpilicueta expected to go back to his natural role at right back, new manager Clarence Seedorf will look to Rodriguez as a future first team player, according to Sky Sports News.
Login to Quote