Ian Hughes to step down as Aberystwyth Town Football Club 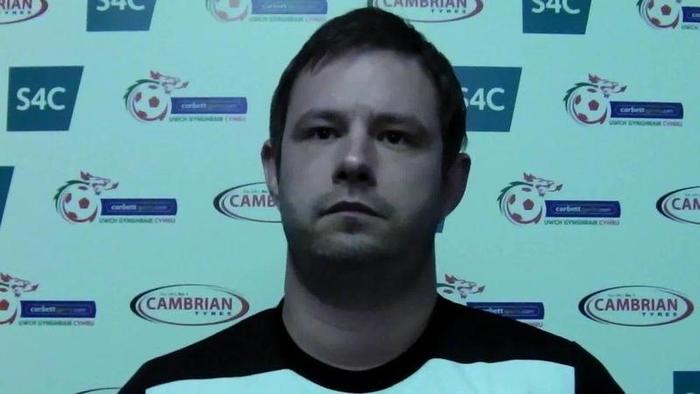 Ian Hughes has resigned as manager of Aberystwyth Town F.C.

After finishing 7th in the Welsh league last season, Ian Hughes has decided to step down as the manager of Aberystwyth Town F.C. The message of his departure comes as a shock for many of the fans, mostly because the manager leaves his post in the club after only one season.

Aberystwyth Town is a club with a long tradition. Together with Bangor City and Newtown they formed the league that is today known as Corbett Sports Welsh Premier League. The club, who was formed in 1884, has never won this league, but they have never been relegated either. Their best position in this league came in the first season (1992-93), when they finished 3rd.

It is still unknown who the next manager of the club will be, but the bookmarkers seems to think that the man who will step in Ian Hughes’ footprints will be either Andy Parkinson or Marc Lloyd Williams. Both has played a couple of seasons in Aberystwyth Town, with 32 matches each. We will be back with news as soon as we know who the next manager will be. 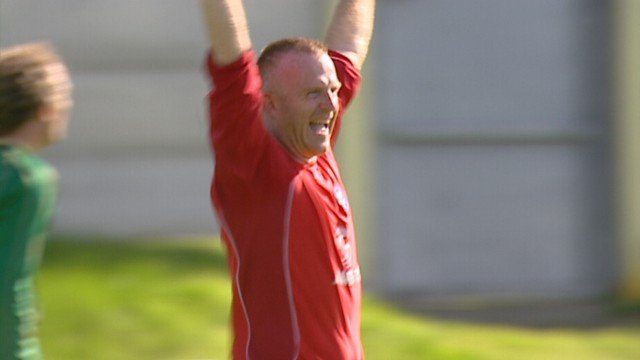 Early Friday morning it was confirmed from the Aberystwyth Town board that the successor to Hughes will be Marc Lloyd Williams, the Welsh Premier League all-time top goal scorer. The Welshman played for Aberystwyth between 2003-04, and got 32 matches and 18 goals. The goal machine is now looking forward to lead the club to success. We managed to get an interview with the new manager earlier:

BBC: “Hello, Williams! This is the first chance we have to congratulate you with your new job. What do you feel now?”

MLW: “Thank you! It feels great. I’m looking forward to working with this club. I was here a year as a player, and I loved playing for this club. The fans were brilliant, and I believe that they still are.”

BBC: “What was it that made you take this job?”

MLW: “As I mentioned, I loved playing for this club, and I think it’ll be no different managing it. Also, the club has a great history, being one of the three clubs forming the Welsh Premier League, and it has been in the top division for 22 years straight. It hasn’t won the league yet, and I think the fans, and the club, deserves to secure some silverware soon.”

BBC: “What do you think of the upcoming season?”

MLW: “I think it will be a tight race for the title, but I don’t think we’ll be there yet. Maybe in a couple of years, but now we have to focus on being placed on the top half of the table. Here are some great clubs in this division, so it won’t be easy. Hopefully we will manage to get great results against big opponents, and climb on the table from last season.”

BBC: “You say that you want to secure some silverware to this club. What is your ling time plan with Aberystwyth Town?”

MLW: “I want to win the championship, first of all. When we manage that, we can start looking into Europe. We have never been in a European Cup, so that’s a goal if we are looking into the future.”

BBC: “That seems like a great goal. I want to wish you all the best, and good luck in the upcoming season.”
Login to Quote 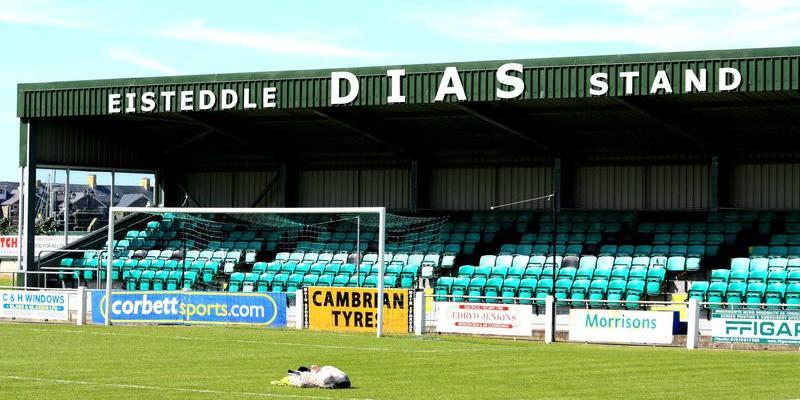 Four new playes will have this as their new home field.

Marc Lloyd Williams was happy to announce that the club has signed four new players, one in each position on the field. The newly appointed manager of Aberystwyth has only been in the club for a couple of days before he could confirm the first signings to the club.

The first player to be confirmed was the young goalkeeper, Liam Matthews (19). Two seasons ago he was in the youth squad to Cardiff, before he was released. Garden Village was the club who managed to secure his signature, but after a season without a single game for the club, he decided to leave. Aberystwyth Town didn’t have to pay anything for the goalie, who can be an important player for Williams’ team this season.

The second signing was confirmed only an hour later, and this time it was the left back Luke Llewellyn (18). The fast back has a history in Swansea’s youth team, before he joined Lido last season. He didn’t stay there for a long time, because in the next transfer window he joined Taffs Well at a free transfer. Aberystwyth has to pay £300 to capture the back, who still hasn’t played a match for a senior team.

The next day Williams could confirm two new signings. The first one was Mamadou Diallo (21), another player with history in Cardiff. After being in Cardiff for two seasons, the midfielder decided to move to the Welsh Premier League, and Llanelli Town. He played five matches for the senior team here, before he moved down a division, to Taffs Well. He wasn’t here for a long time, and went to Caerau Eli, where he played 7 games, before joining Aberystwyth on a free transfer.

The last player to enter the gates to Park Avenue is also the by far most exciting, striker Paul McManus (24) (SS). Paul played 19 matches for Chester in Sky Bet League 2, and scored one goal while playing for them between 2006-2008. In 2008 he joined Bangor City on a free transfer, and played 14 matches and scored 2 goals during his only season in the club. Then he joined Airbus UK on another free transfer, in 2009. During his three seasons in this club he played 42 matches and scored 4 goals. After these three seasons he left Airbus, and signed a contract with Rhyl. He played 65 games and scored 26 goals for Rhyl in his three years at the club, before he moved to Aberystwyth, to play for them. He can play CM, OML and ST, three positions Williams has said he wanted to strengthen before the season. If everyone of these signings will be a success is not known, but there is no doubt that all of them has some interesting potential.
Login to Quote

UEFA Europa League First Qualifying Round has been drawn

After finishing as runner up in the Welsh Cup last season Aberystwyth has been qualified to the First Qualifying Round of the UEFA Europa League. There were huge excitement in the Welsh squad before their first ever UEFA Europa League draw, and they were all wondering who they was going to face. Aberystwyth was drawn as the home team, and is going to face Georgian side, Chikhura. After the draw we had a talk with Marc Lloyd Williams, to hear what he thought about the draw.

TT: “Hi Mr. Williams! What do you think about the draw to the UEFA Europa League 1st Qualifying Round?”

MLW: “I’m very happy with the draw. I think we have a small chance to progress to the next round, and then get to play against Hapoel Tel-Aviv. Chikhura is a great team, with many great players, so it will be a really tough match. Hopefully we’ll get a great result at Park Avenue, and build on that. If we are going to have a chance to progress, every single player has to work hard, and play with their hearts outside the shirt.”

TT: “When we talked to you after you got appointed, you said that first priority was the league, and that you were going to win the league before you should aim towards Europe. After last season’s success, you have a chance on doing it great in Europe. What do you think about the situation?”

MLW: “To be honest, we don’t have a great enough team to come very far in the Europa League this year. We are underdogs already in the first qualifying round, and I will be satisfied if we manage to get a couple of great results against Chikhura. The first priority is still to do it great in the league, and strengthen the team. I won’t think too much about Europe before we are the best team in the Welsh Premier League.”

TT: “Thank you for your time, and good luck against the Georgian side!”
Login to Quote

After Aberystwyth Town’s first two matches in Europe, there is no doubt that Williams was very satisfied. Aberystwyth played against the Georgian side, Chikhura. The first match was played in Wales, and there was no doubt who the best team was.

Chikhura got the best start, when Dato Kankia hammered a free kick straight into the net after 21 minutes. After this, Aberystwyth took control of the game, and had all the chances. After 36 minutes, the home side got a free kick, and Chris Venables was able to strike the ball into the net. The game went to half time with the score being 1-1. In the second half we had to wait for 35 minutes before the decider of the game was scored. Geoff Kallaway was the man who secured Aberystwyth a great result before the second game in Georgia.

Also in the second match, Aberystwyth was the best team. With 18 shots in the game, and only 5 shots from the opponents, the away team was the superior side. Chikhura didn’t stand a chance against them, and they were lucky they didn’t loose the second game too. With the result of 0-0 in Georgia, Aberystwyth was through to the Second Qualifying Round of the UEFA European League, with the aggregate score being 2-1. That means that Hapoel Tel-Aviv will face Aberyswyth in the next qualifying round of the Europa League.
Login to Quote

The Welsh side impressed many fans with great performances against Hapoel Tel-Aviv. The first game was played in Wales. The home side were the best team in the first half, but the teams went to half time with the score 0-0. Hapoel Tel-Aviv came out in the second half as a much better side, and scored the leading goal after 52 minutes. Another time a free kick went straight in, behind the Aberystwyth goalie.

It didn’t take long time before the home side was back in the game, when Paul McManus managed to put the ball into the back of the net after 58 minutes. After this, the home side were the best team, but they didn’t manage to get the ball past Hapoel goalie before they had played for 84 minutes. Another time McManus scored for Aberystwyth, and secured the home side an incredible victory.

In the second game, it was a class difference between Hapoel and Aberystwyth, a difference that got clearer when the Welsh side received a red card after 55 minutes. The Israeli side had already scored a goal, and was in the lead when Llewellyn got his second yellow card. After this the game was rather one sided, and Hapoel Tel-Aviv managed to beat Aberystwyth with 3-0, defeating them 4-2 on aggregate. 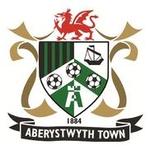 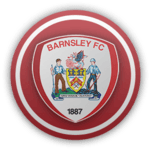 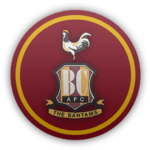 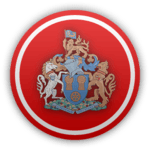 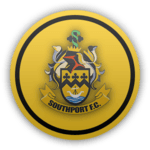 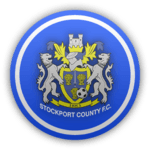 Aberystwyth Town has completed their pre season, with some interesting results. Their first match, against Barnlsey, is maybe the greatest match they have played for a long time. They won 3-1 against the League One side, and impressed both fans and experts with this result. The next match, against Bradford, went as many people thought before the match. Bradford were way to great for small Aberystwyth, and won 3-1 in Wales.

The most disappointing result was the match against Altrincham, a team they should be able to beat. The Conference side played great football, and Damian Reeves scored the only goal in the game. Abersynthwyth played better against Southport and Stockport, and won one and drew one. They are now ready for the league to start, with the first match being against relegation candidate #1, Netown.
Login to Quote