Maximus
5 years
You scored in the World Cup!

P.S. How did you get the idea in the first place? Does anyone else play like this?

Firstly, Yeah. I am an unemployed manager & have just added my player to my short list. Also, if you do give it a go, remember to unmask the player attributes, very hard to follow development otherwise.

Secondly, there are a lot of "be a player" type threads floating about. My only original thought was to actually use the career of that player to make a back story for the manager I will use in the future.

Have a go at it mate, its strangely addictive!

IKR! Couldn't believe it when I was going through the match reports. Aussies only score one goal all tournament & its me that gets it!

Ruarri Winkett
5 years
Impressive story, wish that we saw more like this. Fantastic!
1
Login to Quote

Thanks mate, very much appreciated. Simming is getting quite slow now but will get the next update up asap.
Login to Quote

the champi0n fm
5 years
Wow it's great to see you back in action, and world cup goal (;
1
Login to Quote

Cakar
5 years
Just read all of this in one go, great story!!
1
Login to Quote

Yeah, I got quite disappointed when I saw my guy had moved back to the A-League & decided to focus on other projects but am so glad I returned to it!


Back to the Grind


After the roller coaster ride that was the World Cup, It was back to business as usual & of course that meant injuries.

A twisted ankle early in the campaign kept me out for 4 weeks before my 2nd dislocated shoulder in as many years saw me miss another 2 months approaching the holiday season. Ho, ho, ho!


Again though, as a whole it was a decent year.

24 appearances across all competitions for an average rating of 7.20, not too bad all things considered. I definitely feel as though I am in the prime of my career, if only the injury gods would cut me a break!


I have also found myself in some stiff competition for game time here at the Victory with the younger, more durable Harry Dingle pushing me all the way for that left wing spot. 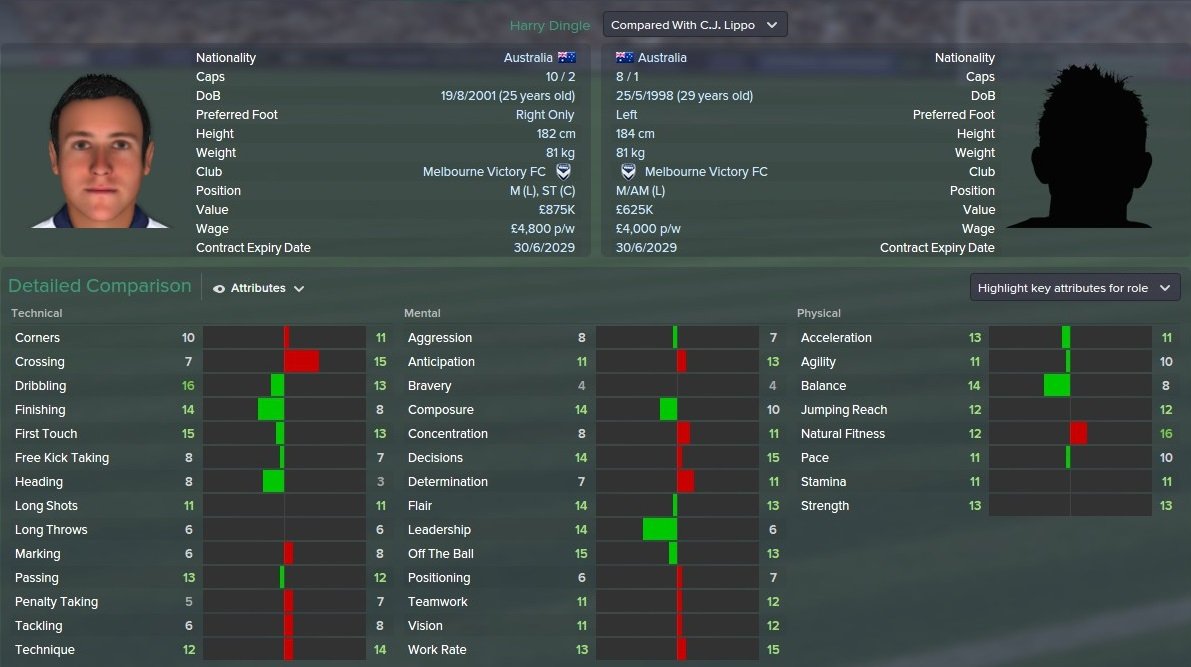 Harry has also been capped 10 times for Australia. Twice more than myself. The competition has been fierce but also welcome. Nothing drives me more to succeed then the thought of being forced out by a newer model!


Again it proved to be a mixed bag for the club. 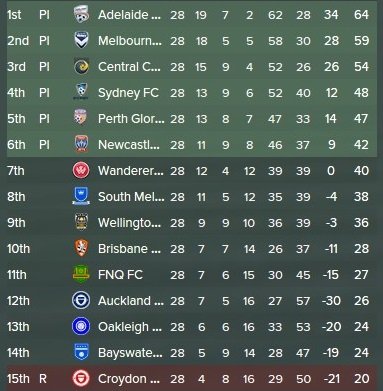 Once again, the regular season saw us finish in second place behind the Adelaide United this time.

This year though we were to fall at the first hurdle in the final series. 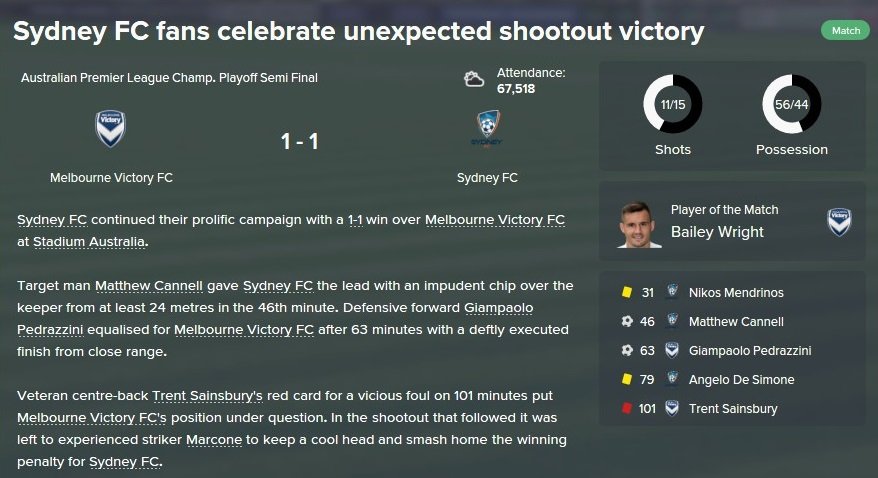 A devastating Big Blue defeat to our most hated of rivals, Sydney FC. On penalties no less!

In my earlier years Sydney FC had been my team. Growing up in Tamworth I had supported them with passion! Strange that my career has seen me play for their 2 biggest rivals!

Oh well, things don't always turn out the way we had hoped, that much I know I have learnt.


The final was to pit Sydney FC against last years shock champions the Newcastle Jets. 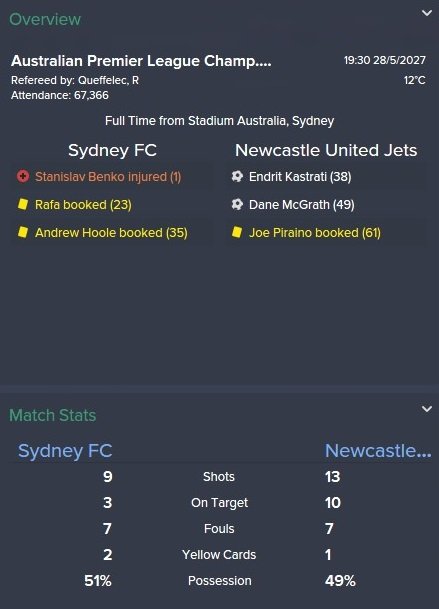 Once again it was to be Newcastle's year. After scraping the finals in 6th position the men from the Hunter would go on to shock us all again by defending their title. Congratulations to them, they sure are hard to beat in those sudden death matches!


Again I followed the progress of the side that gave me my one & only shot at European football. The sting of my sudden departure had finally wore off. Unfortunately, FC Oss were unable to surprise anyone & found themselves relegated straight back to the Jupiler league. I felt for the boys. I know how much work went into getting them there. I couldn't hold a grudge, I wanted them to succeed but as ive already said, we don't always get what we want out of life.

Maximus
5 years
What about that finish at the top of the Eredivise!?
Login to Quote

Yeah, quite the surprise! PSV & Feynoord miss out on Europe as well!
Login to Quote


I had conspired with George to surprise mum with a visit this off season. Our parents had moved back to Tamworth shortly after George had signed his first professional contract. The City was too busy for them, too hectic.

I first caught a flight up to Sydney to meet up with George. In my 2 seasons back in Australian football we were yet to face each other on the field. Either I was injured, he was injured or one or both of us were away with our respective national sides. It was all a bit disappointing really. Our flight to Tamworth didn’t leave until the following morning though so we had the night to catch up & swap war stories.

It was nice to see him, he’d grown, not only physically, but as a man.

I was quietly impressed.

He had made a home for himself in Penrith in the far west. It was far enough away from the city to escape the majority of the hussle & bussle but close enough to Parramatta to train & such. He took me to his favourite resteraunt before hitting a little bar for a few quiet beers. 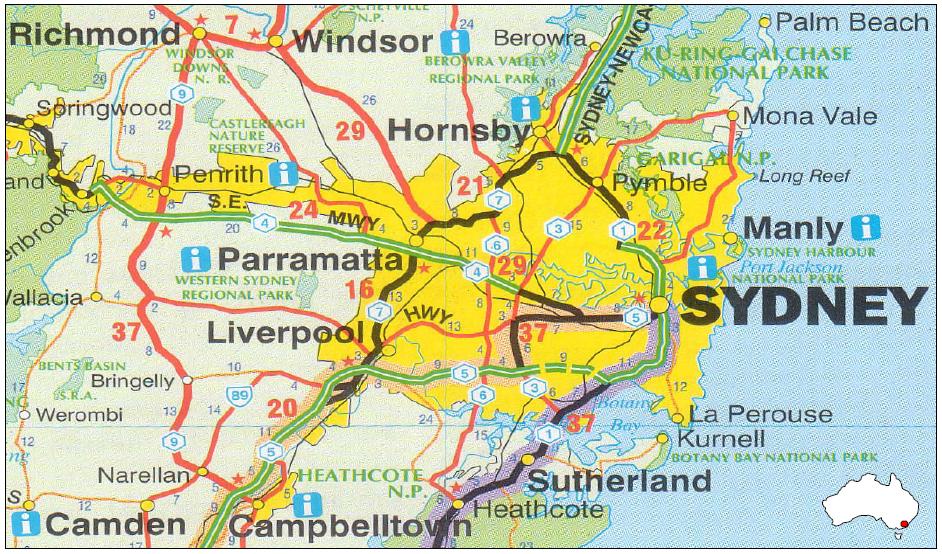 For the most part we went unrecognised, bar a few Uni girls who wanted an autograph & to flirt. I felt like a paedophile, these girls wouldn’t be out of their teens yet, but I obliged. Who was I to say no to these pretty little things?

Soon enough a few quiet beers had turned into a binge & by the time morning rocked around we were both quite sick. Thankfully the flight to Tamworth would be short, just long enough to grab some shut eye & rest up before our arrival. 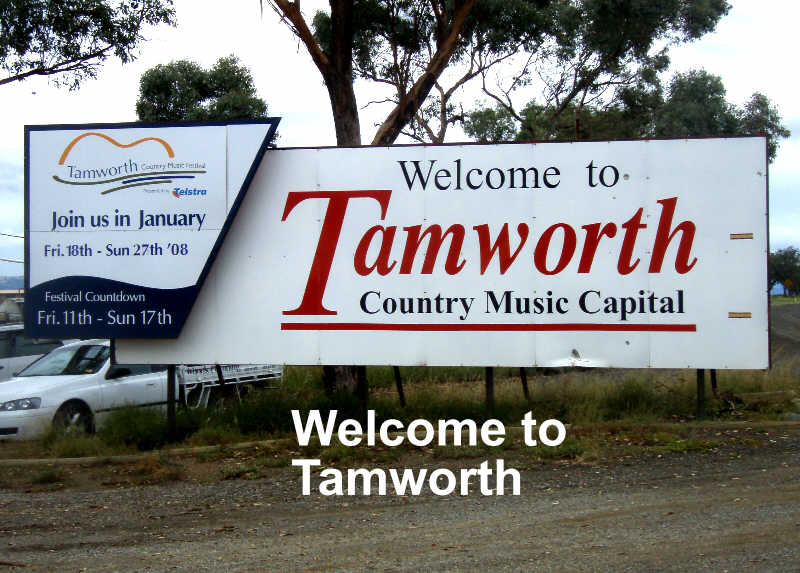 Dad met us at the airport, he was clearly happy to see us. Mum was at home, still unaware of our arrival. We hastily threw our bags into Dad’s ute & made for home, their home at least.
We arrived to screaming & hugs, the surprise had worked out quite well. Mum never suspected a thing, she was shocked, close to fainting by the look.

We spent our time in Tamworth quietly, mostly staying at home. We jogged together each morning to maintain some sort of fitness & visited the little club where I had began my career. I took charge of training on occasion, putting some of the youngsters through some drills I had picked up, George mostly hung back & spoke with a few of the older guys.

In all it was a nice little holiday, very relaxing. It was nice to have someone to cook & clean & fuss over me. It had been a while since that had happened.

All too soon though it was over & we were making our way back to our separate lives. We endured a tearful farewell as we boarded the plane back to Sydney. This time there was to be no lay over for me in Penrith. My flight to Melbourne was to leave just an hour after my arrival. George hung around until I boarded, we shook hands “ see you on the pitch bro” he said as I headed to the gate. I nodded


I was back in training for less than a week when the phone rang. It was George, he was excited! It seemed he was off to Italy. A bid had been accepted. It was a big move.

“Sorry bro, looks like we will have to wait for our face off!”

PranavaD
5 years
Sibling rivalry much? Read it all at once. Awesome story. I wanna do this too, but I don't know how to make a db. Could you help?
Login to Quote

Of course mate. All you need is the editor. Its really quite easy. All you have to do is go into the people tab. Click on new, in the bottom right corner & fill in your details. Save & start a new game with your DB. Thats pretty much it.

If you would like more details just PM me, only too happy to help