Ladies and Gentlemen! I am more than aware I had said that my lower league story with Sutton United was to be my last on FM15, but regrettably, the gremlins of technology infiltrated my elaborate collection of backups etc to ensure that was brought to an end early, with the save (and 2 backups!) corrupted, leaving me without a savegame to pursue.

Now, however, I am pleased to present a new adventure in the footballing world. Following a similar layout and style to my Sutton United story; a layout which is easy to follow, concise and easy to write, while also being detailed on a month-by-month basis. These monthly updates will also be punctuated by news articles, and insight into the rest of the league and the larger footballing world.

Below, you will find an index of all the posts made throughout the story, for easy navigation. Each update will also include a link back to this index, as well as quick links to the previous and subsequent update from myself, to make the reading of the story as quick and coherent as possible.

So, armed with a rolling save system, and a cloud backup, I am pleased to announce that I will be taking control of a club with massive potential to become a major player within world football.


Formed in 1855, Southampton’s roots can be traced back to members of the St. Mary’s Church Young Men’s Association, who played their football in various venues around Southampton before moving on a permanent basis to The Dell, where the club remained until 2001 and the move to St. Mary’s Stadium.

After the First World War, Southampton joined the newly formed Division 3 in 1920, and were promoted promptly to Division 2, where they remained for 31 years. Cup success wasn’t far off, with the club reaching the FA Cup semi-finals in 1925 and 1927 where they lost to Sheffield United and Arsenal respectively.

The proud run in Division 2 ended in 1953, where they remained until 1960, which was closely followed by another semi-final defeat, this time to Manchester United, in 1963.

The First Division wasn’t far away, with the club promoted, finally, in 1966, which was the start of an 8 year spell in the top league of English football, with a highest finish of 7th (68/69 season, and 70/71). These finishes saw them qualify for the Fairs Cup, and subsequently the UEFA Cup before relegation in 1974. Southampton’s first FA Cup win came in 1976, when they defeated Manchester United 1-0 to lift the trophy.

In 1992, Southampton were one of the founding members of the Premiership, and remained so until 2005, when they were relegated for the first time in 27 years.

Ongoing boardroom controversy saw the Saints almost facing a second successive relegation, but they survived, and continued to play in the Championship until 2009/10 when they were relegated to League One; playing in the 3rd tier of English football for the first time since 1960. Since then, the club have seen a resurgence of sorts, regaining their top-flight status in 2012.


In this tale, I will be looking to take the club far beyond any success they have experienced so far, and grow the club to be a major force in world football.

Here goes nothing...
Login to Quote

Iconic
5 years
Love the club records detail you know I'll read and follow I didn't really read the Sutton one but I loved the Spurs one, and if it's anything like that one then it will be brilliant!

Yeah, @Iconic, i'm hoping to kinda merge the two styles and see where it takes me


Pahahahah, tin pot club with a plastic stadium and no atmosphere. I would wish you the best of luck but well, you know. Your quality updates will at least make this story slightly bearable


As the new season rolls around, Southampton boss Ronald Koeman has wasted no time in the transfer market, bringing in his first signing merely 48 hours after the window opened in the UK - 23 year old Aleksandar Dragovic joining from Dynamo Kyiv in a structured deal which could see the Ukranian side pocketing upwards of £13m, with an initial payment of £10.5m bringing him to England.

The youngster started his career playing in the youth ranks of Austrian giants Austria Wien, and started playing for their B-Team in 2007. FC Basel took the youngster to Switzerland in 2011, and made his first team debut in a 3-0 win against FC St. Gallen, and picking up a Swiss League Winners Medal at the end of the season. He scored his first goal in October 2011 against FC Servette in a 3-0 victory. That year, he managed a double with the club, collecting a second league medal, and adding the Swiss Cup winners medal to his quickly growing collection. Basel made it into European competition, with the club advancing as far as the Semi-finals of the Europa league, before being defeated by Chelsea.

Dragovic moved to Ukraine with Dynamo Kyiv, for a fee rumoured to be around £750k, playing 39 games, and attracting attention from European clubs such as Manchester United and Arsenal, but the potential of Southampton, and the lure of becoming a critical player for the club as he continues to develop has seemingly proven to be enough to seal his transfer to St, Mary’s.

Speaking to the media today at a press conference arranged by the club, Dragovic was optimistic about his future, speaking openly about how far he felt he could progress:

”I think, for me, it was very important that I moved to a club which would give me the opportunity to move forwards with my career, rather than to somewhere which would have older, better players ahead of me. That does not mean i’m afraid to work hard, only that I was afraid of not getting enough game time to be able to develop as well as I know I can.

“This club is a great club, with excellent traditions and history, and the manager has already spoken to me about the kind of results he is looking for, the way he wants to play, and the role that he is going to look to give me within the club - and it all looks very good to me, I am very happy to be here”

Koeman was silent throughout the press conference, speaking only to greet and thank the media. It will be interesting to see how he takes his side forward ahead of the new season, and how Dragovic fits into the squad. 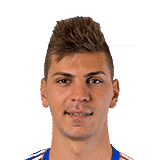 Laurens
5 years
Awesome start and an interesting signing! I agree with Iconic, if this is going to be just as great as the Spurs one, I'll be following, as I loved your Spurs story, Good luck!
Login to Quote

Feliks
5 years
Southampton, what a team. Top 4 is achievable, top 8 is expected, and who knows, in a few years you could be challenging for the top 2!
Login to Quote

Will be following
Login to Quote

You are reading "Southampton FC: Respect Everyone, Fear Nobody".