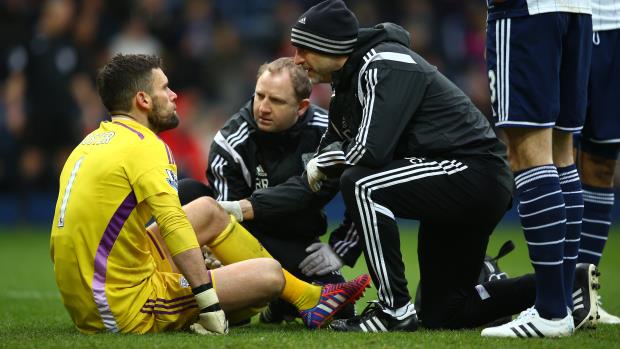 With the new season just around the corner things are looking bleak for Tony Pulis' West Bromwich Albion side. Joleon Lescott, James Morrison and Ben Foster will all miss the start of the season while new signings Ron Vlaar and Salomón Rondón also picked up knocks during the pre-season.

Starting off with the most severe injury, Scottish midfielder James Morrison broke his foot during West Brom's surprising 2-0 loss to Columbus Crew last month and is expected to be out for the next three months at the very least.

Ben Foster could well be back in action soon after he resumed light training at The Baggies' training ground earlier this month. The England goalkeeper damaged his cruciate ligaments towards the end of last season and has been out since March with the injury. The 31-year-old will likely push Boaz Myhill back onto the bench when he returns to full fitness.

Former Manchester City and Everton centre back Joleon Lescott twisted his ankle in training exactly one week before West Brom's opening game against Manchester United and will miss all of the games throughout September, although the ex-England international was not expected to be a regular member of the first team with the arrivals of James Chester and Ron Vlaar.

But Vlaar is another absentee for the opening games of the season after straining his knee ligaments in training. Two injuries in training could well cause Tony Pulis to reconsider the intensity of his training sessions to avoid any further knocks. Vlaar will now be sidelined for the next six weeks and can expect to return to first team action at some point in September. With both him and Lescott out of the side until then, Pulis is likely to field James Chester and former captain Jonas Olsson as a defensive pairing.

Finally and perhaps most disappointingly for fans of West Brom is an injury to £12m signing Salomón Rondón who tore his knee ligaments, once again while training. It will be imperative to Pulis to keep Saido Berahino around despite speculation still linking him with Spurs. Rickie Lambert is expected to provide some much needed cover in the absence of Rondón, while Victor Anichebe and Brown Ideye will also be fighting for a spot in the team.
Login to Quote 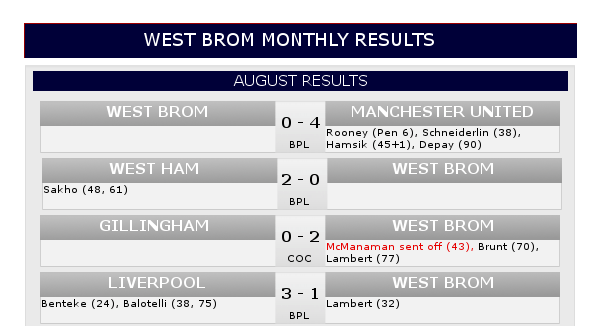 AlexTHFC
5 years
...at least you won in the League Cup?
Login to Quote

Chilean midfielder brought in as Yacob successor on deadline day 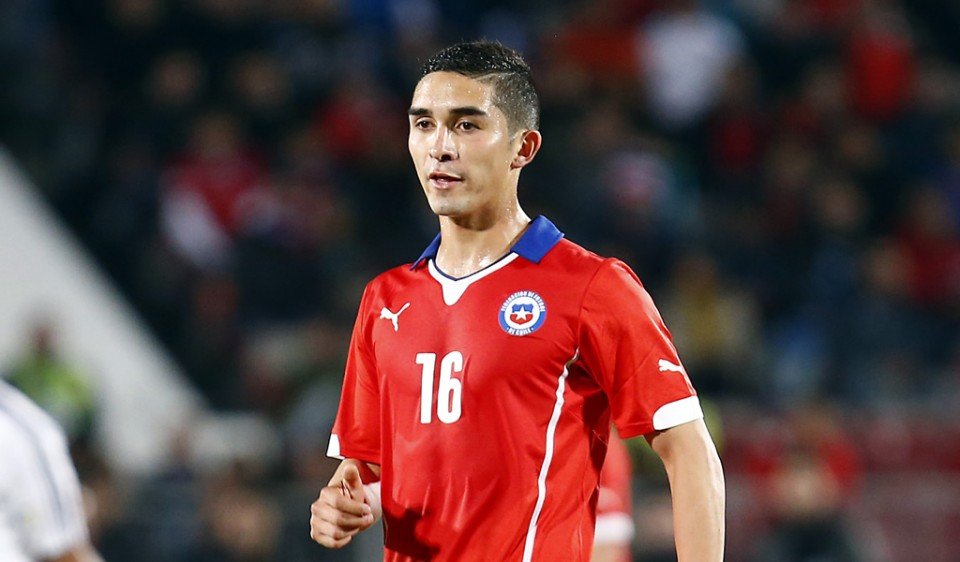 FC Twente's Felipe Gutiérrez has been brought in to West Bromwich Albion to fill the void left in defensive midfield by the departure of Claudio Yacob to Benfica, with the Chile international joining The Baggies for £4m.

Denílson had joined from São Paulo earlier in the transfer window but it is now expected that he and club captain Darren Fletcher will fight it out for the other defensive midfield position while Gutiérrez, 23, will have an assured spot in the first team.

The playmaker joins West Brom for a fee of £4m and Tony Pulis has confirmed that there will be no more arrivals with just hours to go of deadline day. "It's a relief to have finalized this deal right before the window shuts. I can tell you that there will be no other players joining us today and we'll see where we go from here. Obviously we haven't had the best of starts in the league but I think Felipe has that quality we've been lacking to be able to control a game and he's a very creative lad."

Gutiérrez passed his medical but not without a few questions raised. The last thing that West Brom will need at this time is more injury worries but it seems that it is only a minor bruise to his thigh which he picked up while playing in the Eredivisie for Twente. With the international break following deadline day, he'll have plenty of time to recover from the injury and blend in with his new team-mates.

Pulis has also spoken of his relief that Saido Berahino has remained with the club for the foreseeable future amid speculation from Tottenham Hotspur. West Brom held off advances from Pochettino's side and Berahino will be at The Hawthorns as an Albion player until January at least.

"We're thrilled that Saido is still here. Clearly he's an ambitious boy but we're very capable. We're just waiting for it all to click together and then we'll be on the up. Saido's a nice lad and we've spoken at length about his future in the last couple of days. He's happy to be here for the time being and we're just going to have to take that." 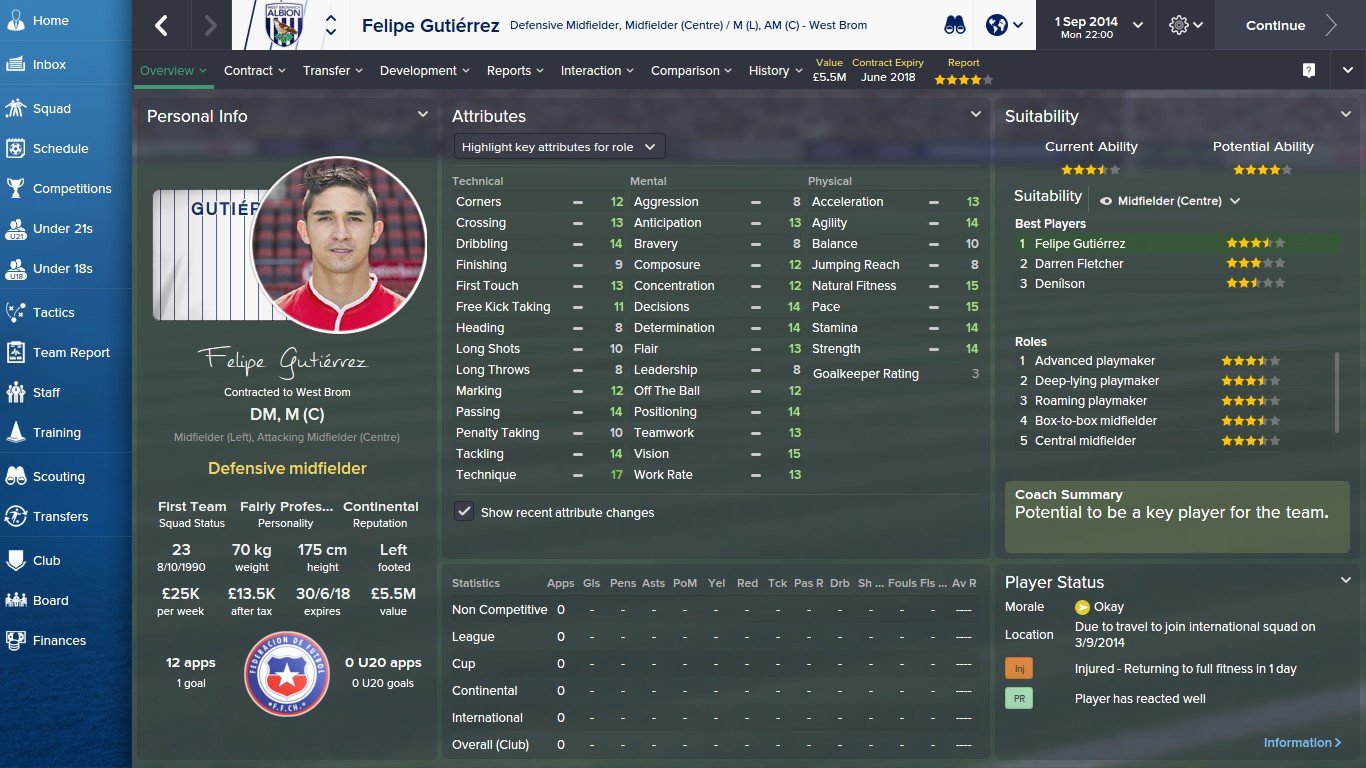 TayBAFC
5 years
Looks a decent player, hopefully he does well. Shame about the start to the season.
Login to Quote

kingpin_blue
5 years
Awesome story..no doubt. Keep Berahino....sell him next year but keep him for now. You had a very bad start...u need to keep the striker here to take u up..coz...who knows..ur other two strikers are new to the team. It will take time for them to get goals.

You are reading "West Brom - Rise of the Baggies".