Hey all, BackPostHeader here and I have a question;

Would there be any interest in a (somewhat) retro Football Manager 2013 story?

I'm not the first to toy with the idea and I doubt I'll be the last, but would there be any interest in reading this?

It would be in the FM CLassic mode, and there would be a pretty basic and short monthly update or a half season update where I'll just try to have some fun with one of my favourite FM's. So if there is interest let me tell you the basics to what this story will contain.


So there's two choices. I would either use the club I support, Manchester City. This is the season after we won just our second league title in 44 years (we also won the 2nd Division in 2001) and I would attempt to have a better season than we did in real life, where we finished 2nd in the league, 11 points behind Manchester United, and bottom of Champions League group.

I would use the second team I support. Borussia Dortmund, at the time BVB had 'that trio' of Mario Gotze, Marco Reus and Robert Lewandowski. That season the Schwarzgelben also finished a way off the Bundesliga champs Bayern, 15 points to be exact, and of course reached the Champions League Final and were in the same group as City.


The manager, or managers, would stay the same. Being of course Roberto Mancini, or Jurgen Klopp.

So what do you think? Please for which team in the poll above, this is just a little side project to ''Into Lilywhite Light'' which will be continuing. The aim with this is to have some fun, play a slightly older FM, oh and entertain you all along the way. 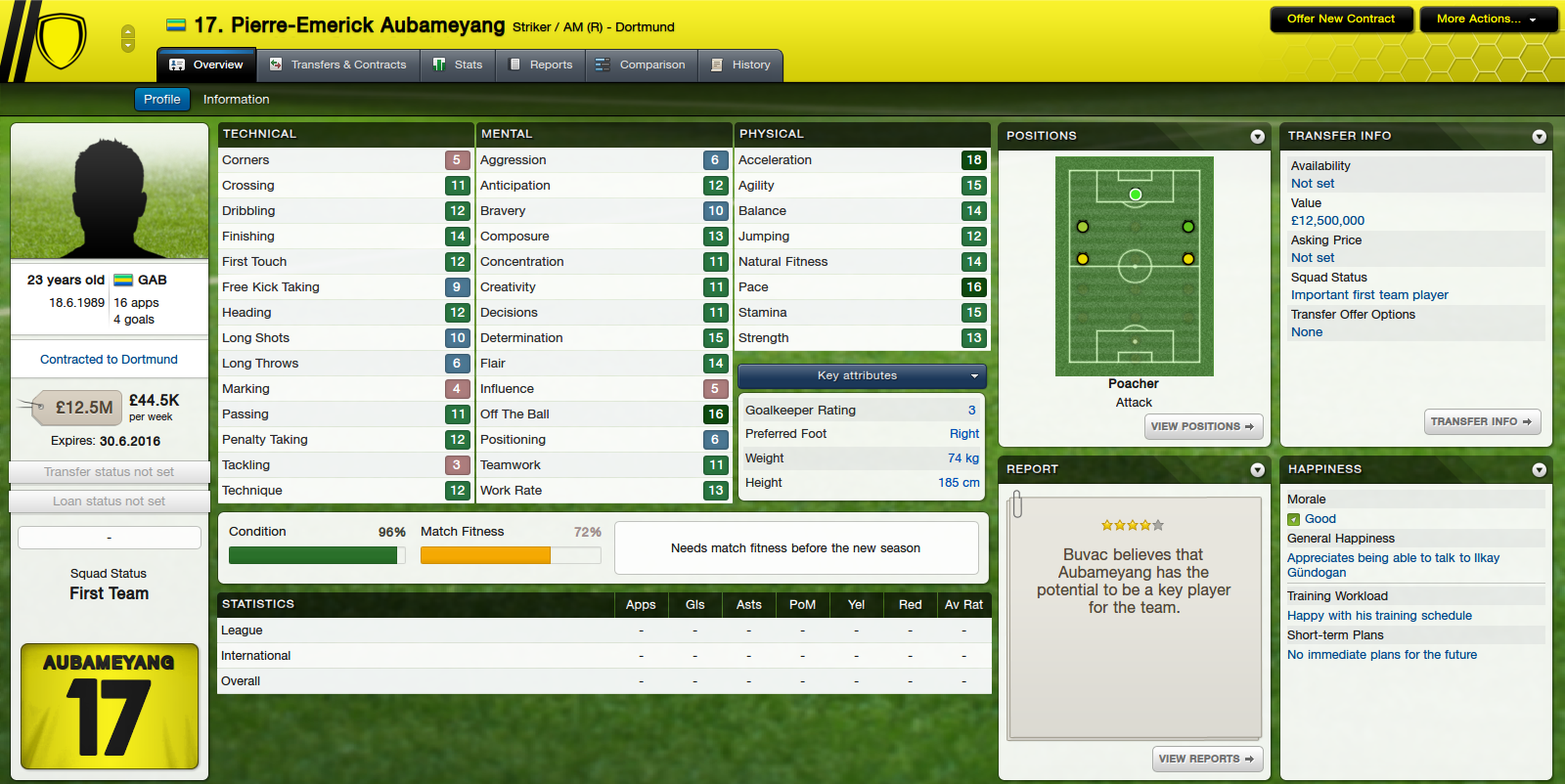 After FCB raced into a 3-0 lead at the Allianz Arena, courtesy of Toni Kroos, Holger Badstuber and Arjen Robben, we pegged them back in amazing fashion. Mario Gotze tapped home from a Marcel Schmelzer cross to give us hope, the wunderkid the stole the ball from Javi Martinez on the edge of the Bayern area and fed it to Lewandowski who smashed home. The equaliser came after a speculative effort from Ilkay Gundogan struck the head of Manuel Neuer who then punched it into his own net. 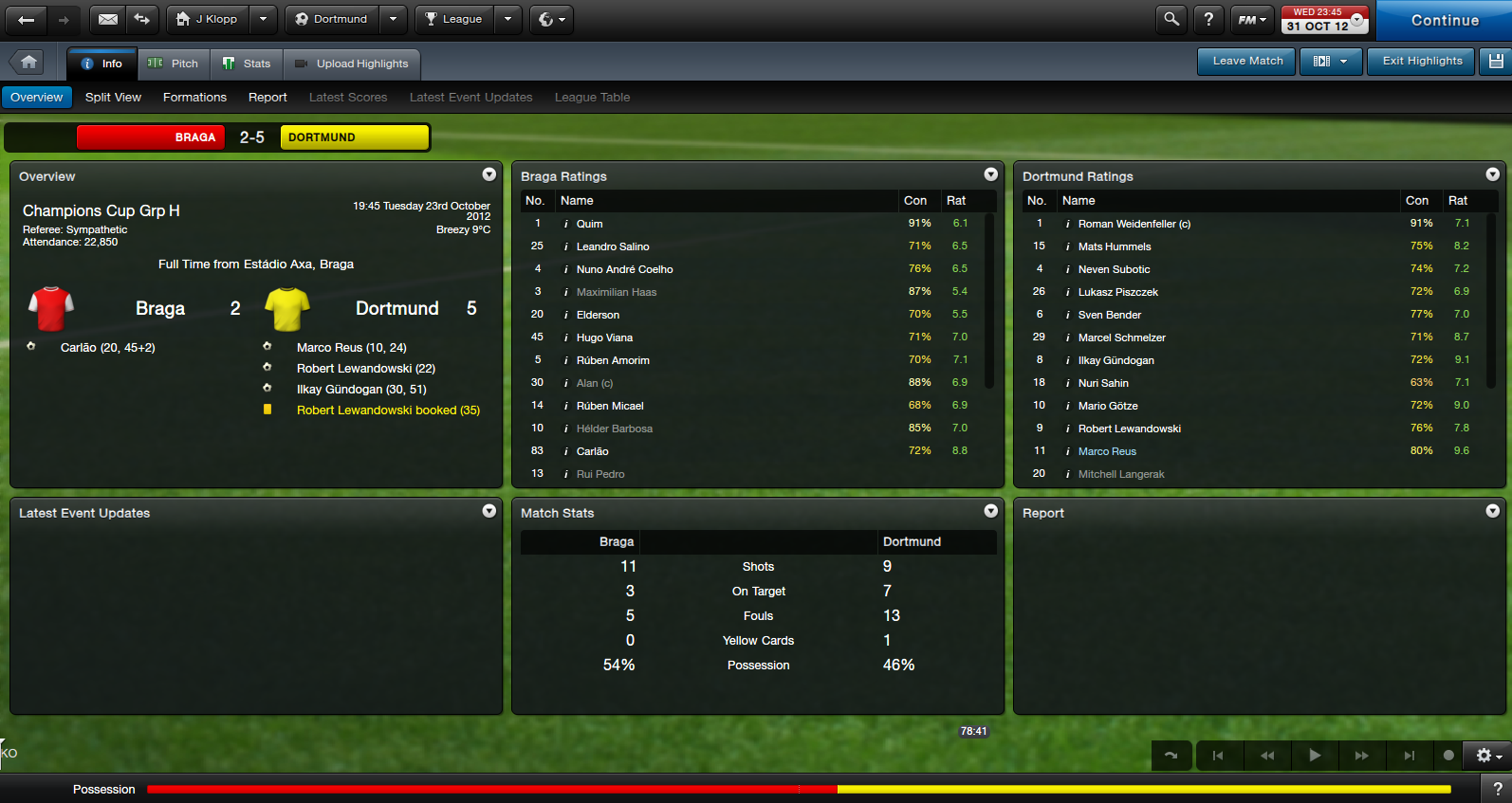 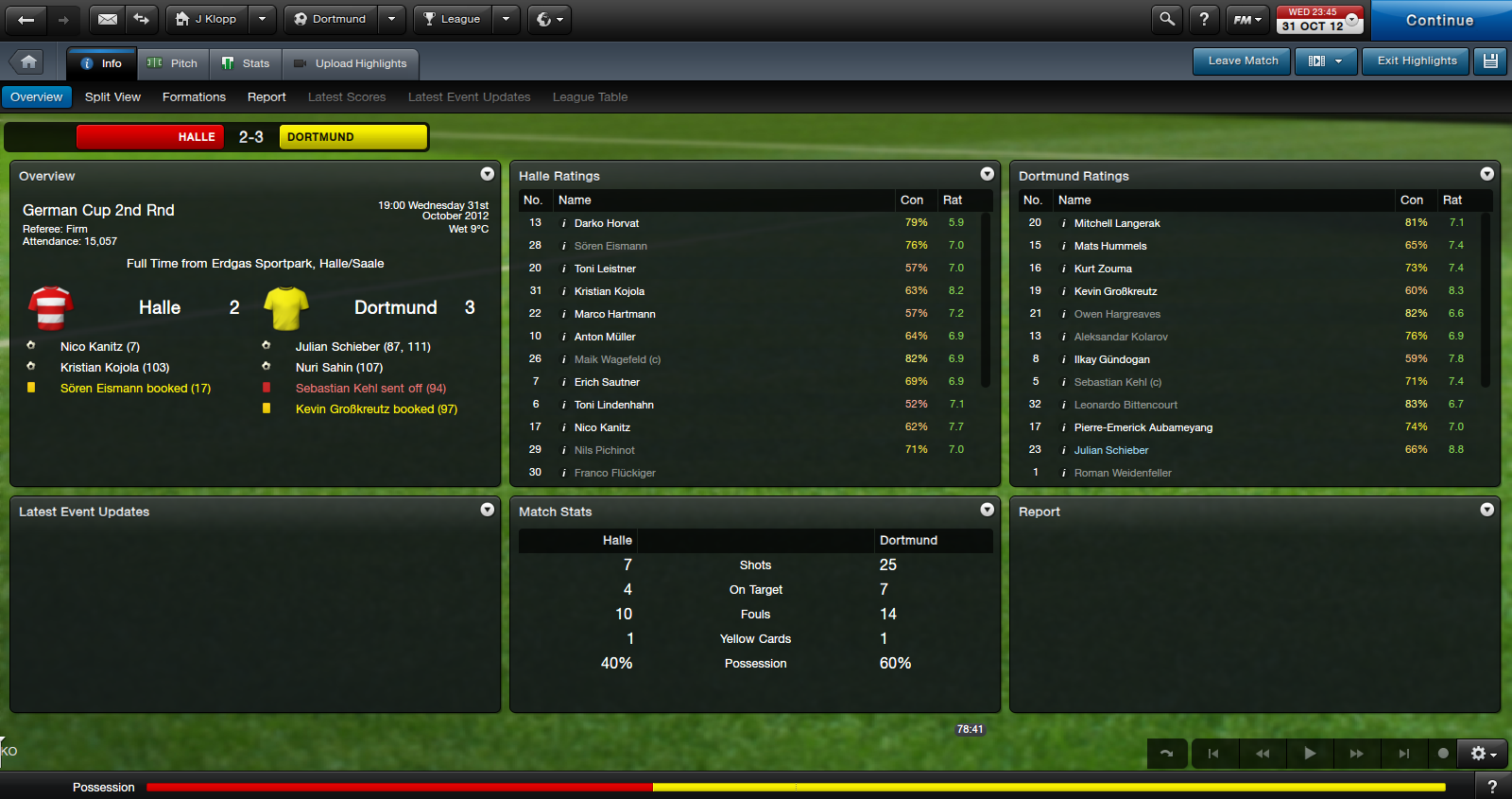 
So far the season has gone very, very well as you can see! My old FM13 tactic is working wonders again, with a lot of goals being scored a few being conceded. As you can see we top the league and our Champions League group by 2 and 3 points respectively, and after the comeback against Bayern showed we can fight back when need be. The only real negatives have been the Super Cup defeat, losing that leate goal to Chelsea and scraping past Third Division Hallescher in the German Cup.
Login to Quote

Louis O.
7 years
Man, Aubameyang, Lewandowski, Goetze et al is one hell of a team. And then you have Hargreaves.
Login to Quote

Had to sign the absolute world beater Hargreaves, not injury prone at all...