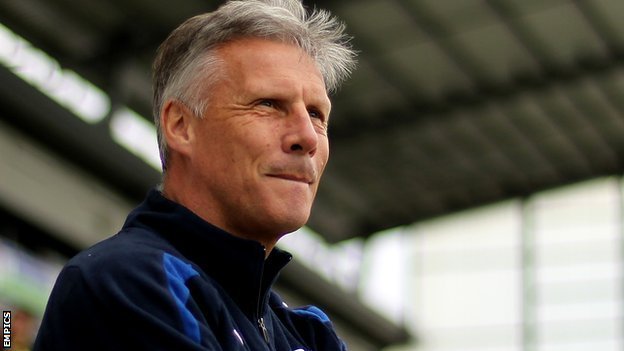 The 63-year-old returned to the Memorial Stadium in December 2012for his second spell as manager. But with the team struggling at the bottom of League Two this season, Ward was moved to director of football in March, with his assistant Darrell Clarke taking over as boss.
But Clarke was unable to stop Rovers dropping league 2 football.
Their fate was confirmed last Saturday, on the final day of the season,following their 1-0 defeat by Mansfield.

Chairman Nick Higgs told BBC Radio Bristol: "After what happened on Saturday we said we needed to look at the club from top to bottom. "We needed radical changes and I'm afraid John and Clarke Are those casualties., we can't run with the director of football and a manager that don’t work together.

"John and Darrell’s ambition was to be here long term but we are where we are. We have to do what's best for Bristol Rovers in the situation we find ourselves in."

After beginning his managerial career at York City, Ward's first stint at Rovers came between 1993 and 1996 and he guided the Division Two side to the Wembley play-offs in 1995.

He went on to work at Bristol City, Cheltenham Town, Wolves, Carlisle United and Colchester before returning to manage the Pirates again, following the sacking of boss Mark McGhee.

Clarke, 36, won two of his eight games at the helm but Saturday's defeat by Mansfield, combined with victories for Northampton and Wycombe, saw Rovers drop out of the Football League for the first time in years and Clarke also sacked. It’s Understood that Bristol Rovers already have somebody that is going to take over.
Login to Quote 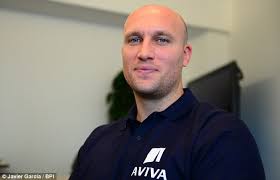 Bristol Rovers have named Dean Ashton as their new manager on a two-year deal.
The League 2 club announced the news on Friday evening, having opened talks with him in a bid to replace Darrel Clarke, who left his post last Sunday. The news of Ashtons arrival to the The Pirates means that Bristol Rovers will have someone in place ahead of the opening game in the season.

Ashton has been on holiday in Spain as Bristol Rovers interest in him became an open secret, but chairman Nick Higgs has persuaded him to resume his career in management following his exit from West Ham after four years over a knee Injury.Higgs said on Bristol Rovers official website: “I am very pleased to welcome Dean to our football club.”

He will be tasked with guiding Rovers away from the relegation zone, and back to league 1, Higgs added: “rovers is a club he knows well and he was the obvious best choice for the job. He has vast experience Playing The Game understanding How the game should be played.
Login to Quote

You are reading "Bristol Rovers The Pirates New Ship".