Hello. I'm back. Although I don't think my absence would have been noticed, I'm still making a spontaneous comeback with a brand new story for FM 2016.

How It's Going To Work


Now because i'm not as committed as some of the fantastic writers on here, my updates probably won't be as frequent and thorough as some other stories. I'm planning on writing about four updates per season (Pre-season, two midseason & end of season) which will probably be accompanied with some news stories regarding transfers or any other drama I come up with, I'm also going to try and do some nice graphics with my updates to make everything as easy to follow as possible. My final word of warning, due to my laziness lack of time, I may not be able to keep updates going on a consistent timeframe however i'll do my best.


The manager is something that I really like to incorporate into a game of mine, as I enjoy taking on the role of a club legend. Selecting a legend for Sevilla was rather difficult for me as the club don't really have a multitude of "manager aged" legends. Because of this, I've selected a player who has played successfully for Sevilla however made his name playing for his country. 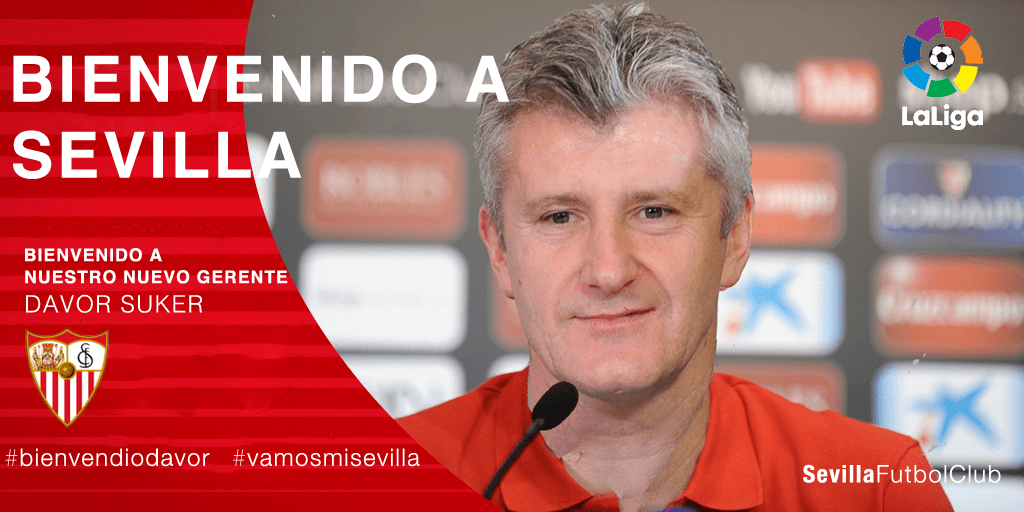 
I have a couple of targets that I'd like to get to over the course of the save like winning the champions league, winning the Spanish league and really just as many trophies as possible but my main target is to develop many youth players and have an array of world-beater regens in my starting XI.

So my next update will probably involve a squad report of some sort so leave a comment if you like and hopefully I'll have the next update out soon.

C.J.Lippo
5 years
I have a problem with laziness, ahem, I mean lack of time as well. Good luck with it mate!
Login to Quote

reece1994
5 years
Good luck with this one dude, sounds interesting anyway! Konyplyanka should be your key player this year
Login to Quote

Live For FM
5 years
Is that Yevhen Konoplianka on your banner? Crunchy Ukrainian

J_Skinna_39
5 years
Lippo - Thanks mate, it's a constant struggle
Reece - I think Konoplyanka will be massive too
Verdinho - Thanks, hopefully I can make it work
Sooru - Yes it is, i'm quite a big fan of his from when he was linked with liverpool
Justice - Thanks mate, hopefully it goes better than my past stories
Login to Quote


As it's been nearly a week since my last update it's probably about time I wrote an update (I've had exams, I swear). So for this first update i'm going to have a look at the different parts of my squad and have a look at who I might need to sign in the transfer window.


So while i'd really like to put some good looking graphic here to make it a bit easier to read, for this first update it's going to have to be a little bit basic. I have been gifted two Goalkeepers in my first team squad which is perfect, My two players are the Portuguese Beto and Sevilla's own youth product Sergio Rico. While Beto is older and more experienced, Rico has good potential and I think I'd prefer to give him game time to develop


In the defence I have heaps of full backs but a real lack of centerbacks. Mariano and Tremoulinas look like fantastic options down the side however the centerback situation is really not good, Adil Rami and Daniel Carrico are good enough to start however apart from those two we have no natural centerbacks. A defensive signing may be necessary.


The central midfield is another position on the pitch that seems relativity light in terms of personal. For defensive options i'm really lucky to have Krychowiak who has some fantastic mental and physical stats, alongside him we have Vincente Iborra who seems perfect to play the anchor man role. for the creative role in the central midfield setup we have the options of Ever Banega, Krohn-Delhi and Steven N'Zonzi. although we have some very solid options I'm a little bit worried about having five players for three positions and fitness levels


The attack is probably the most well stocked department in the squad, In the striker spot we have three solid options of Immobile, Gamiero and Llorente who will be more than enough for the campaign, the only problem we have with the attack is the balance of LW's and RW's. The good news is that we have four solid options on the LW, the bad news is that we have 1 half decent option on the right, because of this, i may invest in a RW this window

Now to conclude, we have a very shallow team however at this stage there's not much we can do about it other than bring in a couple of players and manage time well. Sorry about the appalling quality of this update, however, I'm planning on another update in the very near future.
Login to Quote