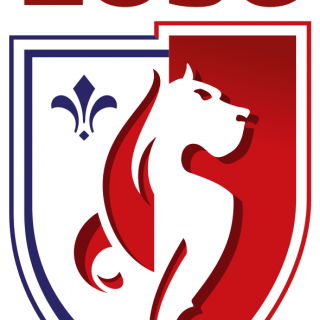 Hello everyone! I'm here with my first (shocker, I know) Football Manager 2016 story, after being a huge success with my previous thousand stories. I wasn't expecting to write a story for this game, but I managed to find a very enjoyable save in the last couple of days and I feel like I'm ready to write something you will enjoy.

So, where will I be going this time? Another Championship side? My beloved Watford? Some easy top team in an obscure nation? None of the above. I'll be trying to achieve management greatness with the French side LOSC Lille, currently battling in Ligue 1.

Why have I chosen Lille? I was originally going to try a save in Holland, but other than the obvious Ajax and PSV, no other teams really caught my attention. I then saw that Lille had a decent budget, and that their squad was reasonable, so I decided to give Lille a go.

I have a couple of goals for the story, but my main goal is to take Lille to the highest heights of Europe. Champions League victory will be my main aim, and then, if I reach that, who knows? Obviously, I'll try to capture as many trophies as possible along the way!

The writing style for this story will be varied. Some updates will be largely writing based, while others will make use of my Photoshop skills and be more graphic based. I'm promising you a variety of updates in order to keep you interested.

It won't just be monthly updates, either. I'm hoping to add some detail to the story, and perhaps add a chance to explore and improve my writing skills. We'll see where the story takes us!

So, I hope you enjoy!

#1: The Lille Dream: Who's Next?
#2: Gourvennec approached by Lille

#1: The Lille Dream: Who's Next?
#2: Gourvennec approached by Lille

mgriffin2012
4 years
Another Ligue 1 save will be brilliant to follow! Good luck mate, hope you can join the "We stuffed PSG" crew!
1
Login to Quote

Griffo
4 years
Welcome to the Ligue 1 crew, unfortunately now you must change your last name to Griffin haha!
Login to Quote

Haha what he said ^^

Tallery
4 years
Good luck my friend. I shall be critical every step of the way

ScottT
4 years
Ligue 1 is a league in which a dominance needs to be broken (PSG) so hopefully you can be the one to do it!

The Lille Dream: Who's Next? 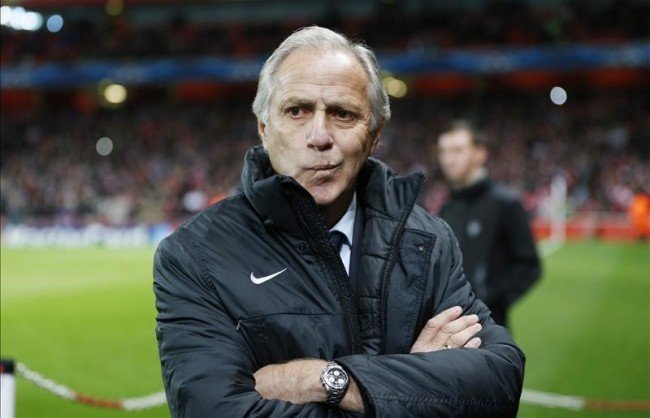 René Girard, pictured above, has just been announced to have left Lille by mutual consent, and we've decided to start speculating about who his replacement will be.
We found out on 19th May 2015 that current coach René Girard was to be leaving Lille at the end of the current campaign, and, as with every footballing decision, there were mixed opinions.

Last season, Girard was named Ligue 1 coach of the year for the second time after leading our proud club to a third place finish. This, plus a Champions League qualification place, lead to tweets such as "Hou la la! Girard a obtenu de nous jouer comme je savais que nous pourrions jouer, excellent" following the 4-1 victory against FC Lorient on the final day of the season.

However, we finished this season in 8th place in the league, which has lead to criticism from fans, especially after the 6-1 demolition from PSG in April. This defeat caused one fan to say "Humiliant. Quel est cet idiot encore ici ???" and a series of similar rants via Twitter.

You can vote on whether you are disappointed to see Girard leave Lille here.

We have decided to gather a list of eight potential candidates to replace Girard at Stade Pierre-Mauroy. The list has taken into account multiple things, but at the end of the list, we will open a poll for you to vote on your favourite of the eight candidates. 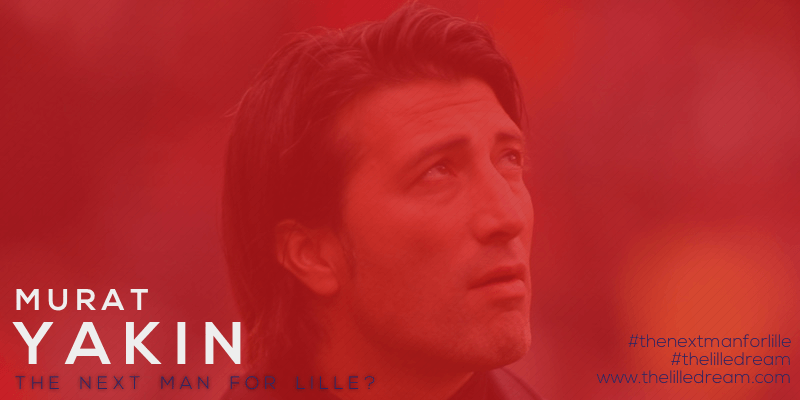 Despite only joining Spartak Moscow last June, Yakin's contract was terminated via a mutual agreement in May after a win percentage of under 50%.

Yakin, 41, put himself under the managerial spotlight after taking charge of FC Basel in 2012. His highlight as manager was receiving praise from Chelsea manager Jose Mourinho after Basel beat the English giants twice, home and away, in the UEFA Champions League 2013 group stages.

This rumour is purely a rumour, with no factual basis or any quotes from any source to support it, so it's very unlikely to actually be happening, and despite being a decent manager of Basel, we don't think he's ready for the challenge of managing Lille yet. Having been working with Anderlecht since 2008, Albanian manager Besnik Hasi is certainly no stranger to domestic success.

However, with little managerial experience with trophies himself (2014 brought a league title and a cup trophy), we are unsure about his credibility to take on a larger role. With 372 footballing appearances and 30 goals to his playing name, we are more impressed by his past than what his potential could bring.

This is another rumour that's come from pretty much nowhere, as when approached, the 44 year-old responded with: "Obviously, LOSC Lille is a fantastic club that I'd consider joining if given the opportunity. However, I have no idea where this rumour has come from as I haven't been alerted of Lille's intention to approach me." which pretty much means this probably isn't happening. 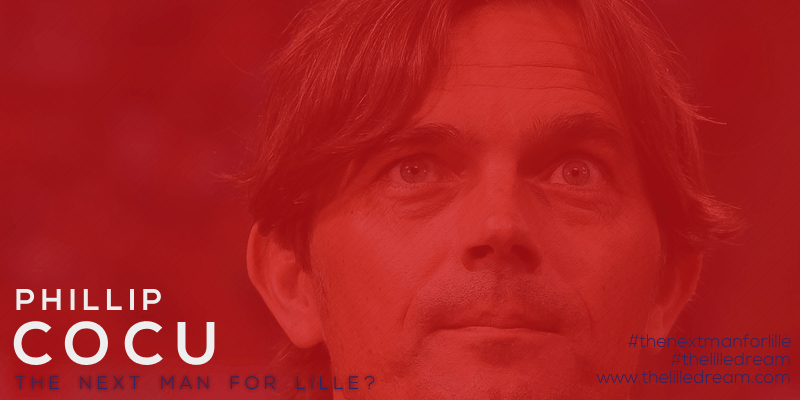 Spending his entire managerial career at PSV Eindhoven, Cocu, 45, has certainly proven his worth as a manager after leading the Dutch side to an Eredivisie title with large force - something that, unless you're managing Ajax, is not an easy accomplishment - so he'd definitely be a welcome addition to the Lille team.

However, it appears that this rumour has been made up too. No comments from Cocu himself, and it all seems a little unrealistic to us. Going from a young, promising squad in the Netherlands to Lille? It's possible, but it's most likely just a made up rumour that won't actually come to life, unfortunately. 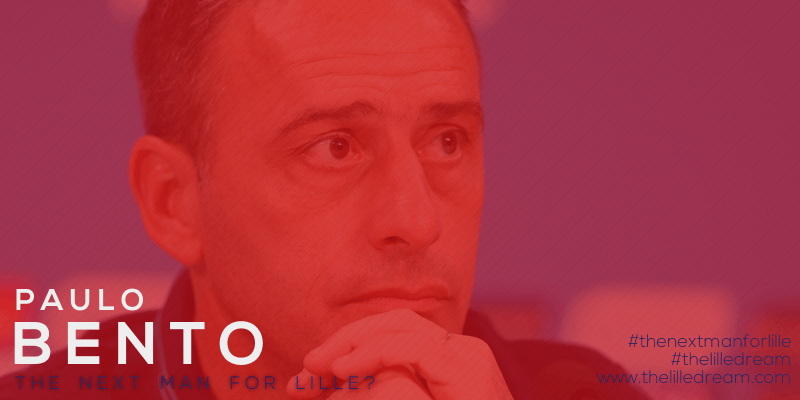 Finally, a rumour that has substance! With a career wholly based in Portugal, Paulo Bento has been managing since late 2005, but has been unemployed since leaving Portugal's national team in 2014.

Bento has an impressive win percentage of nearly 60%, the achievement of defeating world champions at the time Spain 4-0, as well as a Euro 2012 semi finalists medal (do they exist?) to his name, and despite a group stage exit in the World Cup, was dealt with very unfairly by the Portuguese Football Federation.

Would we like to see this happen? Yes! And Bento was reportedly spotted in Lille last week, so it's a possibility. However, the reality of the situation is that the 46 year-old hasn't been employed since late 2014, and if he was going to venture back into management, surely he would've done by now? We can live in hope. After a humiliating campaign with Udinese, giving him a win percentage of just 29.27%, Stramaccioni is still the favourite to take over at Lille.

Why? We don't know. Udinese didn't perform very well under his management, and even when he performed slightly better in 2012 as manager of Inter, he took them to a lowly 9th place - leaving a recent European champion without any chance of European football. He has a stern attitude towards football and he doesn't seem like the ideal candidate for the job at all.

He threw his own name into the ring when asked about future opportunities in an interview, saying: "There are a couple of managerial positions I would love to take on - a couple of teams around Europe have become vacant and it's something I'd love to do." which only vaguely relates to Lille, but people have taken this to mean he's going to Lille. Because logic. 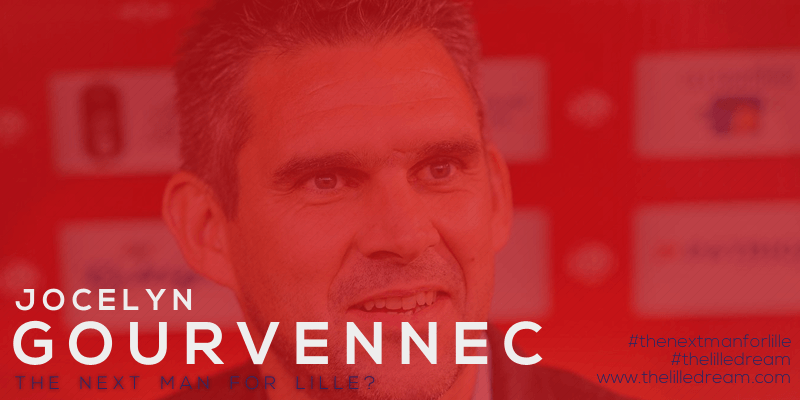 Jocelyn Gourvennec has done miracles with Guingamp, having taken over in the summer of 2010.

After taking them to the top flight of French football, the 44 year-old has got Guingamp a win percentage of 43.2% within 213 played games, as well as winning the Coupe de France last season. It's safe to say he's a good influence on a smaller team, so would he be a good suit to Lille?

This is a bit of a burning rumour that's never come up all that much, but we could see this happening. It'd make sense if Gourvennec isn't too connected with his Guingamp side, and there are many similar cases in the Premier League. This would be a good choice for Lille and for Gourvennec himself. 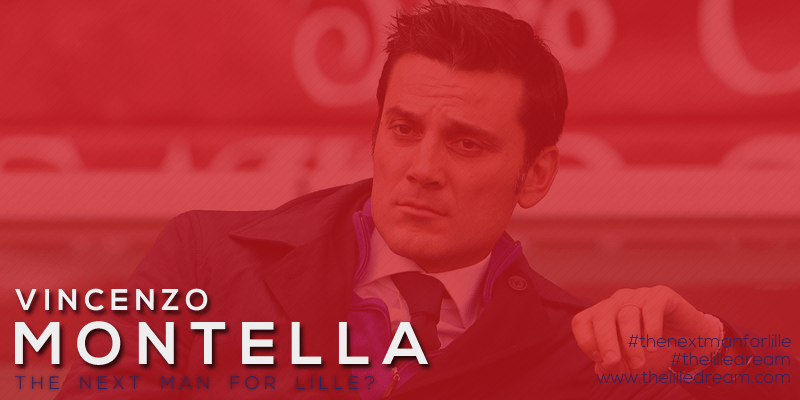 A rather underrated manager, Vincenzo Montella has managed three teams in Italy - Roma, Catania and Fiorentina - but rumours are suggesting he's ready to move towards France.

Many believe he was unjustly sacked as manager of Fiorentina this summer, leading them to another fourth place finish in the league and a semi final place in the Europa League, and his managerial successes don't stop there. He was hunted down by Fiorentina because of his performance with Catania - taking them above Sicilian rivals Palermo.

We would love to see this happen. He's available, and Lille are probably lower profile than Fiorentina and Roma, who he has previously managed. It's likely, and although nothing has properly been said, we can see this happening. 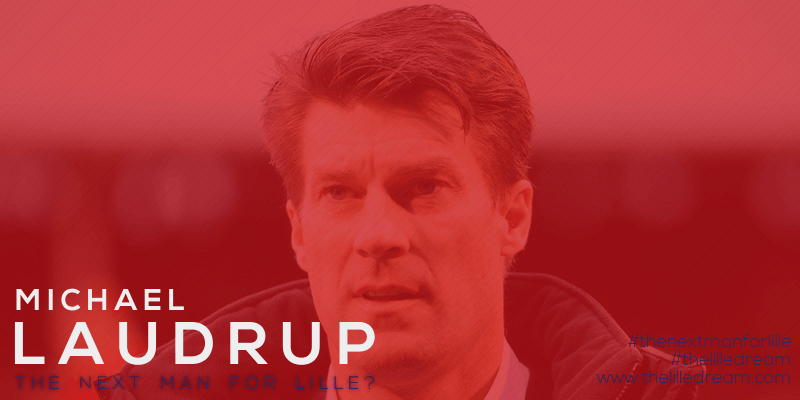 For those unfamiliar with his work, 51 year old Laudrup has lead Swansea City to a Capital One Cup victory, a successful Premier League finish and had various successes with Denmark, Brondby and Getafe and is now available after departing from Lekhwiya.

He's available, he's talented, he's experienced. What more can you ask for? We believe that Laudrup could work wonders at Lille and bring us a lot of success that we deserve.

Now it's time for your input. Who do you think should take over Lille? Vote here, and your results will be revealed a week from today.

Also Related To This Story
Who Should Take Over Lille?
Aston Villa Relegated With 37 Games To Go
16 Other Teams Of Bundesliga Removed
Tim Sherwood Confirmed As X Factor Judge
Army Of Griffins Overrules French Football
Login to Quote

mgriffin2012
4 years
Cocu or Laudrup would be a fantastic appointment for the club!
Login to Quote

ScottT
4 years
I'd love to ex Guingamp manager to take over, I love that club because of a past FM save and I love to see how they do in real life. He has done great with them so it would be good to see him

Great update as well, love the strawpoll and the related stories, made me chuckle

Justice
4 years
Coco/Laudrup would be tremendous

Jack
4 years
Some of those related stories

But would love a bit of Laudrup at Lille!
Login to Quote

You are reading "LOSC: Dream A Lille Dream".