Ràngers FC is a small, amateur football club based in Andorra. Despite being founded in 1981, they joined the Andorran league system in 1999 and made their first appearance in the top division in 2001/02. Ràngers experienced league success in 2005/06 and 2006/07, but dropped to the second division by 2008/09. A brief return to the Primera Divisio in 2011/12 was short, and the club plied their trade in the Segona Divisio until gaining promotion under new manager Inigo Montoya in 2016/17. 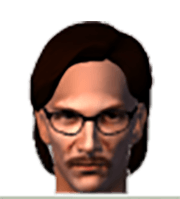 Inigo Montoya is a young, talented manager who played for Ràngers's junior sides in the era before they joined the Andorran league system. Since then, Montoya has pursued a career in education and along with his role at Ràngers, works as a physical education teacher at a high school in Andorra la Valle, where he was born.

The 29 year old has been tasked with delivering promotion to the club which has been the champions of Andorra as recently as 2007.

Hang on, I'll get it this time.... POWER RANGERS!
Login to Quote There was a major squad overhaul during the transfer window, with the league's amateur status enabling Montoya to poach players from around the league. The club was ruthless in their pursuits, stealing 6 players from rivals FS Massana, 4 from Inter Club d'Escalades and 3 from Atletic Escaldes. In January, the club pulled off a coup in signing three players from the league above, the Primera Divisio. Departing the club were a bevy of players simply not good enough to make the squad. At no point were any rivals clubs successful in poaching a Ràngers first team player. A short season means a lengthy pre-season, and Ràngers spent nearly 3 months preparing for the Segona Divisio. Much of the friendlies were against stronger opposition, meaning a largely unsuccessful set of matches. However, promising results including being extremely competitive against FC Andorra, and defeating Primera Divisio side FC Ordino 4-3. The Andorran second division has a short season, with just 18 games being played, and so there wasn't much opportunity to be out of form. Luckily, Ràngers got off to a 7 game unbeaten streak, and although they sometimes struggled to score consistently, the club managed to comfortably secure 2nd on the table. Due to the champions being a reserve side, they were therefore automatically promoted and will compete in the Primera Divisio next season.

It was an exciting cup run for the side, albeit short due to the small amount of teams competing. In the first two games, Ràngers comfortably saw off two Primera Divisio sides before they came up against the all-powerful FC Lusitanos, who went on to finish the Primera Divisio undefeated. An honourable 2-0 loss ended the cup hopes. Abel Iniguez, despite being 23, was one of the more senior players in the squad and was the standout player of the side and indeed the competition. After crossing over from Atletic Escaldes, the right winger scored 6 goals and assisting 9 more in 21 appearances, picking up best-on-ground honours on 7 occasions. He was the leading goalscorer for the side and almost unanimously won Fan's Player of the Year. Rocha did not have as strong a season as Iniguez but remains the side's best talent and a major asset moving into the top division. The attacking midfielder possesses great all-round ability for a player in such a low league and will hopefully have the chance to play with an even more talented group of teammates next season. Alberto Ruiz has the potential to be one of Andorra's best players, and Montoya has committed to giving the youngster as much gametime as possible. He is yet to hit real form but hopefully, a season in the top division will mature the towering centre back. The club posted healthy profits for the season, which was in part helped by the fact the club paid £0 in wages across the season due to the club's amateur status. To be sitting with an £85,000 balance at this stage, however, is good, especially considering this news...

Starting from next season, the club will be able to offer part-time contracts to players and staff, which means they will be able to attract a new calibre of players that will hopefully keep them up.

The club's youth side had a very successful season, almost going the entire league season undefeated and defeating FC Lusitanos 1-0 in extra time to win the Andorran Under-19s Cup, giving them the title as the best youth side in the country.

The club's youth intake was promising, with Nicolas Porras and Ramon Jurado looking like players able to slot directly into the first team. The club welcomes the addition of youth players to continue on the success of the Under-19 side.
Login to Quote

Justice
3 years
A great first season, earning promotion! That was a very short season indeed, but great to see both the senior and youth sides perform well!
Login to Quote

ScottT
3 years
Well done on promotion mate, hopefully you can enjoy a great season and achieve your targets quicker than we all expect.
Login to Quote

You are reading "Andorran Adventure".