Voidoh
2 years
Charlie Bloomfield was quite the footballer, He debuted for Oxford United at the age of 17 against Gateshead. He went on to score a brace and the United fans loved him ever since. In early 2013 at just the age of 20 Charlie broke his leg in a cup game against Forest Green Rovers, due to the poor Medical support from the club a few weeks later he was forced to retire.

Over the next few years Charlie struggled to find something he enjoyed as much as Football, that was until the club offered him a coaching role in 2015. He has risen the hierarchy system and by the start of the 2016/17 season he was Michael Appleton's assistant and when Appleton took the Assistant Manager job at Leicester, Bloomfield signed his first managerial contract.

THIS IS HIS RISE TO THE TOP OF ENGLISH FOOTBALL.

Post Pre-season post will be later this evening or tomorrow, I hope you enjoyed reading this short preview/introduction. feedback & ideas for the series are greatly appreciated.
Login to Quote

ScottT
2 years
Good luck with this pal.
1
Login to Quote

It's July 1st and Charlie Bloomfield is sitting in his Office at the Kassam Stadium awaiting a meeting with Chairman Darryl Eales. During this meeting Bloomfield told Eales that he will be looking to sign and develop young English talent at the club, Eales agreed that this would put the club in a good condition for the future and thus agreed it as Philosophy.

Bloomfield left the meeting and immediately went to the drawing board to decide on what Tactics would be used for the season.

This is the tactic that he decided would suit his first season in League One well: 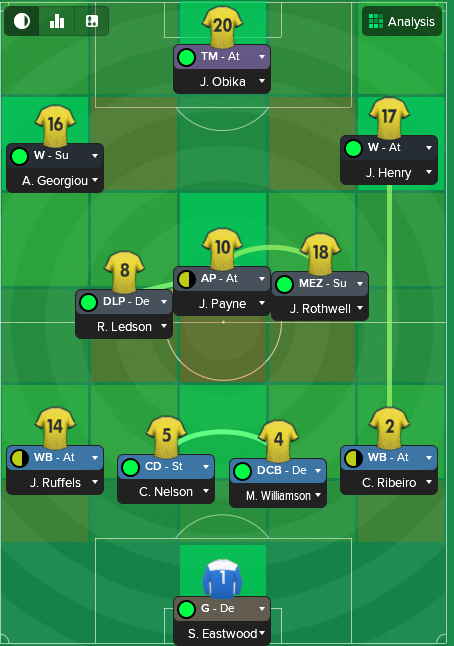 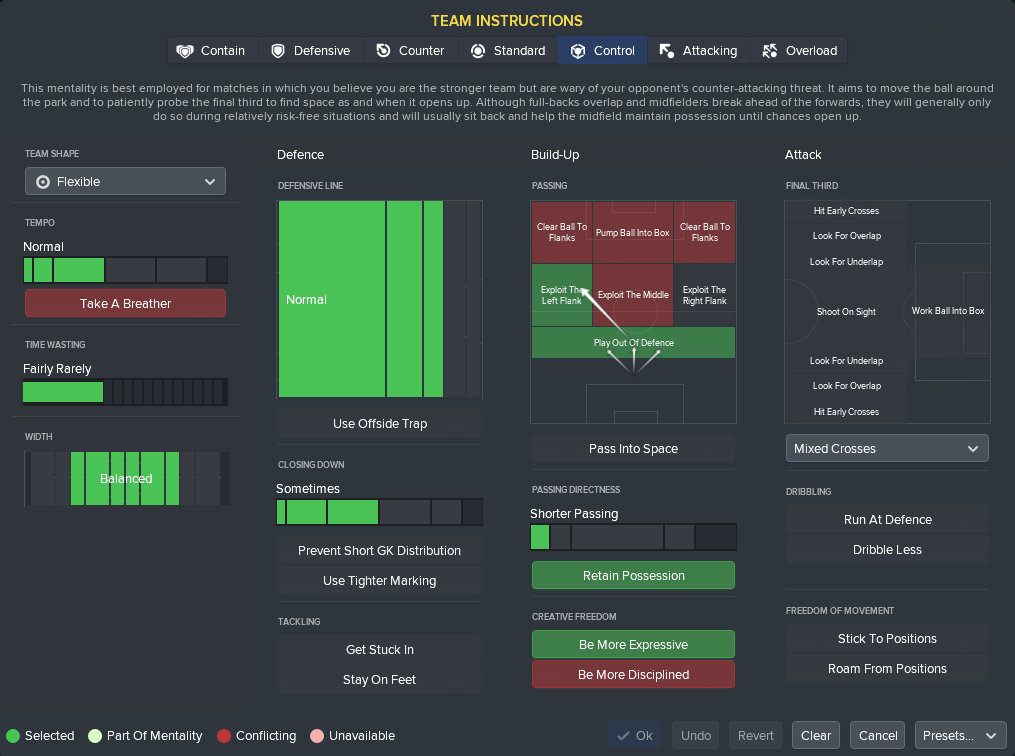 The players Bloomfield knew would play an Important role for the season were:

Ryan Ledson - Being an explosive playmaker Ledson would be important because he would play the ball wide to the likes of James Henry and Rob Hall, these will supply the forwards to the ball that they need to obviously score.

Jack Payne - The Huddersfield Town loanee much like Ledson, will play an extremely important role in the Oxford United midfield. Jack Payne is an attacking Midfielder and is responsible for the most the attacking moves created from Midfield

Curtis Nelson - What needs to be said, Nelson is a strong ball playing centre back and not much gets past him!

Agon Mehmeti - The Albanian striker was signed on a free from Genclerbirligi in Turkey (In real life) and is a real poacher and is expected to the teams top scorer come the end of the season.

Bloomfield decided that the first team is capable to challenge League One this season and that not many Improvements will be required from the Market so instead he decided to bring in some youthful players that will play an important role in the next few years but made sure he was left a budget for January if required.

Here are the signings:

We also sent *MOST* of these players out on loan to mainly National League sides to help their Development!

Now all to do was play pre-season and in-reality we had a disappointing one. We won 2/4 pre-season matches we played and drew one and also lost one. We lost 1-0 to Havant & Waterlooville of the National League South which was extremely disappointing we didn't really turn up and the game we drew was to Oxford City in which I fielded around 8 Youth Players because this fixture was just 6 days before our opening game to Oldham.

That wraps up my Pre-season report, due to an 8 hour 'round trip to Fleetwood tomorrow to watch the REAL Oxford United play I will NOT be posting the first few league games until Sunday morning, for Updates and previews check out my Twitter here: https://twitter.com/VoidohFM

IF YOU HAVE REACHED THIS POINT YOU ARE AWESOME! I hope you've enjoyed reading this and could provide some feedback, thank you, you're a legend.
Login to Quote

ScottT
2 years
Some real talent within that Oxford squad, especially in the likes of Ryan Ledson and Jack Payne as mentioned. Joe Rothwell is a decent player too, hopefully you can start the season brightly!
Login to Quote

mgriffin2012
2 years
Oxford have a squad that could push for promotion from League One so looking forward to seeing where you can take them!
Login to Quote

You are reading "The Rise - OXFORD UNITED".