There was a time before financial gain ruled the footballing land. Fairytales happened more often in those days. The likes of F.C. Porto and Ajax won the UEFA Champions League, Deportivo won La Liga and Hellas Verona won Serie A, albeit in the 1980’s. 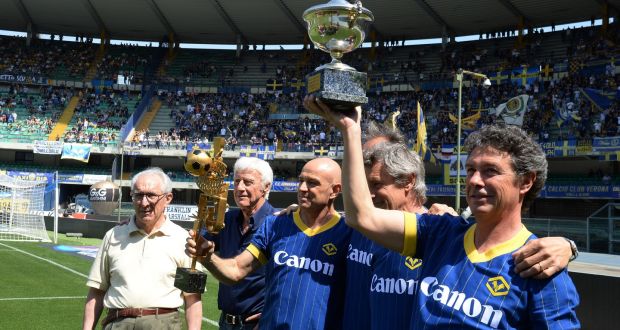 Now we live in a place where financial power arguably wins you the league. Look at PSG, Man City and Real Madrid. Forming a team of superstars on more than £300,000 a week to achieve the goals and aims set up out by Arab billionaires. Transfer fees are rising, £40M for an average midfielder is the norm, if they happen to be British add on another 50%. The years where fairytales happened seem distant although Leicester won the league in 2015/16 there’s doubt anything like it will be seen again. A complete freak accident you may call it. Vardy and Mahrez, supported by Captain Morgan in defence, a team that then ousted their manager in the coming seasons leading to twitter rage and needless petty spats about Premier League Medals.

However, maybe there is still in magic left in football, perhaps football needs a new fairytale story. A story of a fallen giant managed by a footballing icon, a footballing icon who was loyal for many years but now wants to step out of Rome and make a new legacy for himself. It’s time for Francesco Totti, Il Gladiatore, to make a name for himself in the footballing world. The 8th King of Rome is ready to make his journey. Money and fame was hardly been an important factor to Totti over the years and don’t think for a moment that’ll change with his management. After scouring over 30 jobs that were available across the globe ranging from Belgrano in Argentina to Bognor Regis in England.

The retired legend applied for five, yes five jobs, which were:

All but Everton came back with an offer, but Totti wanted a fantasy fairytale, somewhere he could called his own. Looking through the options he quickly dismissed Rangers, too much financial turmoil, political and offield issues for his liking.Palermais were sitting 16th in the league 13 games into their Brazil Serie A season the year after being national champions, but Totti knew that would make or break his career far too soon, maybe in a few years the Italian would venture outside of Europe.

That left F.C. Twente and Deportivo in the fray for Totti’s first venture into management. They both offered similar challenges, mid table teams, in leagues with little cash outside of the top 3 teams in the league. Leagues where it was historically difficult for teams to break the stranglehold on the big 3 in each league. Deep down Totti knew what he wanted and needed to do. A couple of phone calls and hours later, Totti was sat at his desk in Rome booking his flights to La Coruña via Barcelona.

Totti’s adventure and hopeful fairytale was about to begin.
Login to Quote

mgriffin2012
2 years
Have toyed with the idea of a save with Deportivo for a while, hopefully Francesco will be able to take them back to the top of La Liga
Login to Quote

You are reading "Fairytale of The Golden Boy".