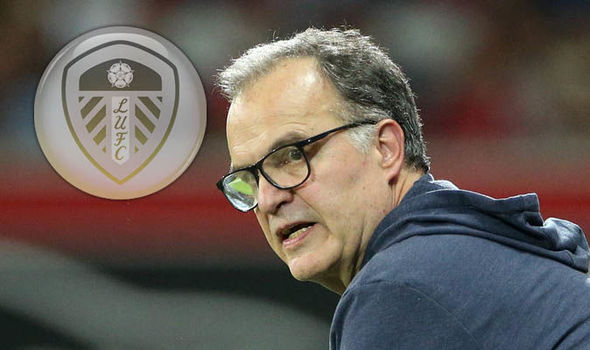 Leeds United have appointed Marcelo Bielsa as their new Head Coach. The Argentine arrives on an intial one-year deal.

Born and raised in Rosario, Argentina, Marcelo Bielsa had a brief playing career between 1977 and 1980, which started at his supported club, Newell's Old Boys. Bielsa returned to Newell's as a youth coach in the early 1980s and after spending several years of developing an understanding of coaching, he took on the managerial position in 1990. Within two years, Newell's had won the Apertura (going on to win the Championship decider in its final year), the Clausura and reached the final of the Copa Libertadores (the South American equivalent of the Champions League).

The remainder of the 90s saw 'El Loco' take in Atlas, America (of the Mexican Premier League), Velez Sarsfield and Espanyol before taking charge of the Argentina national team in 1998. Under Bielsa, Argentina reached the final of the 2004 Copa America, led the qualification group for the 2002 World Cup and won Olympic gold at the 2004 Games in Athens.

After a three-year spell out of the game, Bielsa returned in 2007 to manage Chile. Chile qualified for the 2010 World Cup under Bielsa, their first World Cup since 1998. Arturo Vidal made his international debut under Bielsa whilst Alexis Sanchez also impressed during this time.

In 2011, Bielsa took the job at Athletic Bilbao and would lead them to the Europa League Final in 2012, beating Manchester United and Atletico Madrid along the way. He joined Marseille in 2014 and spent just one season (plus one game the following season) with the French outfit, finishing 4th despite an impressive start which saw them top the table at Christmas.

2016 would bring about Bielsa's shortest spell a club as he spent just two days at Lazio, citing multiple broken promises by the board as his reason for leaving. Since his short tenure at Lazio, Bielsa has had a half-season with Lille. His fallouts with chairmen have been well documented in recent years, although according to many insiders, this has been mostly due to a lack of understanding of various demands placed by Bielsa in order to help the team succeed.

Despite his recent struggles, Bielsa is still highly regarded in World football, and has been cited in the development of many great players and coaches, such as Pep Guardiola, Mauricio Pochettino, Jorge Sampaoli, Diego Simeone, Fernando Llorente, Javi Martinez, Dimitri Payet, Alexis Sanchez, Arturo Vidal, Gary Medel and Mauricio Isla.

With both parties' past successes and turbulent recent history, it remains to be seen if Bielsa and Leeds will be a match made in heaven or hell.
Login to Quote

Justice
2 years
Bielsa has been a very exciting addition to Leeds United in real life, I just hope you can have similar success in your save!
Login to Quote

mgriffin2012
2 years
Good luck mate, really hope Bielsa can be the one to take Leeds back to the big time!
Login to Quote

You are reading "El Loco in Yorkshire: Marcelo Bielsa at Leeds United".