joebutters
2 years • Edited
Welcome to Let's Beat Mourinho - an FM story which will follow Pep Guardiola as he takes over Inter Milan with one goal in mind; to be better than José Mourinho was. You can find Part 1 here, in which we see Pep's first two games of the season, Napoli and Juventus.

The "prologue" is below (this is not part 1!), to give you a bit of a flavour of the piece. Feedback is always appreciated, hope you enjoy and thanks for reading!

It's 16th July 2018. Inter Milan's fans are eagerly awaiting the announcement of the club's new manager. The Nerazzurri have managed to keep their new appointment under wraps, with nothing more than reassurance that it will be "a big name that will excite fans".

Diego Simeone has spoken often about his desire to manage Inter and naturally he's the first name that comes to mind. Twitter is filled with people claiming they've seen him ordering a Big Mac at the local Milano McDonald's and almost every train station and airport in the city has involved a sighting of the man according to social media.

José Mourinho has been rumoured to make a return as the Nerazzurri are supposedly keen on bringing the Portuguese man back to the club almost a decade since his historic treble-winning season. Inter fans would probably prefer Simeone and not run the risk of a Mancini-esque disappointing second spell but, ultimately, it would be an exciting appointment.

The outside bets being thrown around include Arséne Wenger, Carlo Ancelotti and Zinedine Zidane but the reality is that nobody has a clue.

The press conference is called and the media gather tentatively at the San Siro. Director of Football, Piero Ausilio, steps into the room and sits at the front of the room.

"He's never managed in this country before." José Mourinho is crossed off the list.

"He's managed in Spain." Wenger is crossed off the list.

"He's managed in England." Diego Simeone is crossed off the list.

"He's managed in Germany." Zidane is crossed off the list.

The name Ancelotti can be heard murmured by the journalists. Italian team, Italian manager, has managed in every country listed, he fits the bill perfectly.

"It gives me great pleasure to announce the new manager of Internazionale Milano - Pep Guardiola."

There's audible gasps of shock around the room. How have Inter managed to pull this off? As Pep enters the room and joins his DoF at the table the journalists applaud loudly. Twitter is lit up around the world as a shock appointment catches everybody out.

The immediate question is a simple one; "What made you come to Inter?"

"First of all I would like to say thank you to Manchester City, to Sheikh Mansour, Khaldoon and to the fans. They made my stay there something special and we helped create history together. After getting 100 points I felt I needed a new challenge and Serie A is the last of the top four leagues for me to manage." Pep speaks in fluent Italian as he rattles through the question.

"Inter are a huge club and they always will be. They have a great squad, some great players and I think it's fair to say they have underperformed for a few years now. I am so, so happy to be here and I want to get them back to the top."

The next journalist is selected to answer a question, though before he can begin, Pep has one final thing to say.

The clicks of dozens of camera lenses fills the room and journalists begin to furiously tap away at the keyboard. The biggest managerial rivalry in modern football has just been sparked up again.

"Excuse me, Pep, what do you mean by that?" the journalist asks, forgoing his original question.

"José managed this club. Exactly ten years ago he started managing this club. He won a treble, a historic achievement. I want to do better.

The press conference continues and Guardiola's determination is visible for all to see. The papers the following day are filled with headlines about the rivalry. Archives are dug up of the fiercest El Clasico games during their time against one another. Manchester Derbies are poured through. José Mourinho's treble-winning season highlights dominate the sports channels.

And this is where we begin. The journey of Pep Guardiola and his quest to be better than José Mourinho.
Login to Quote

joebutters
1 year
Part two of the story is here!

After a good start in the league, Pep takes on both Ajax and Real Madrid in the Champions League, with a couple of league games between.

Feedback is really appreciate on this one - I felt like it was a bit too game-heavy and got a tad repetitive as I wrote it but I'm unsure if that reflects in the way it reads? Let me know what you think!
Login to Quote

tenthreeleader
1 year
As a United supporter, when we think "let's beat Mourinho", some of us interpret it in a different fashion.

dddmor
1 year
check out this guy in my save 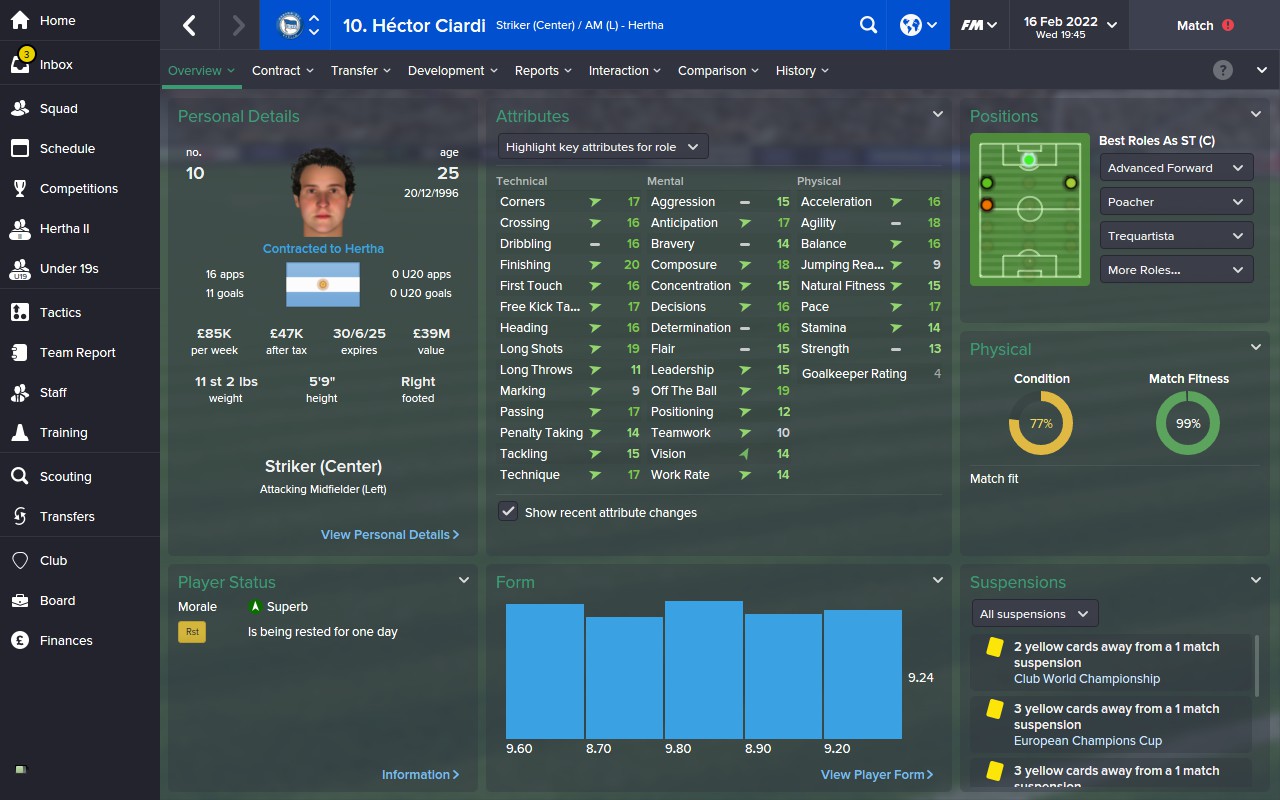 You are reading "Let's Beat Mourinho".