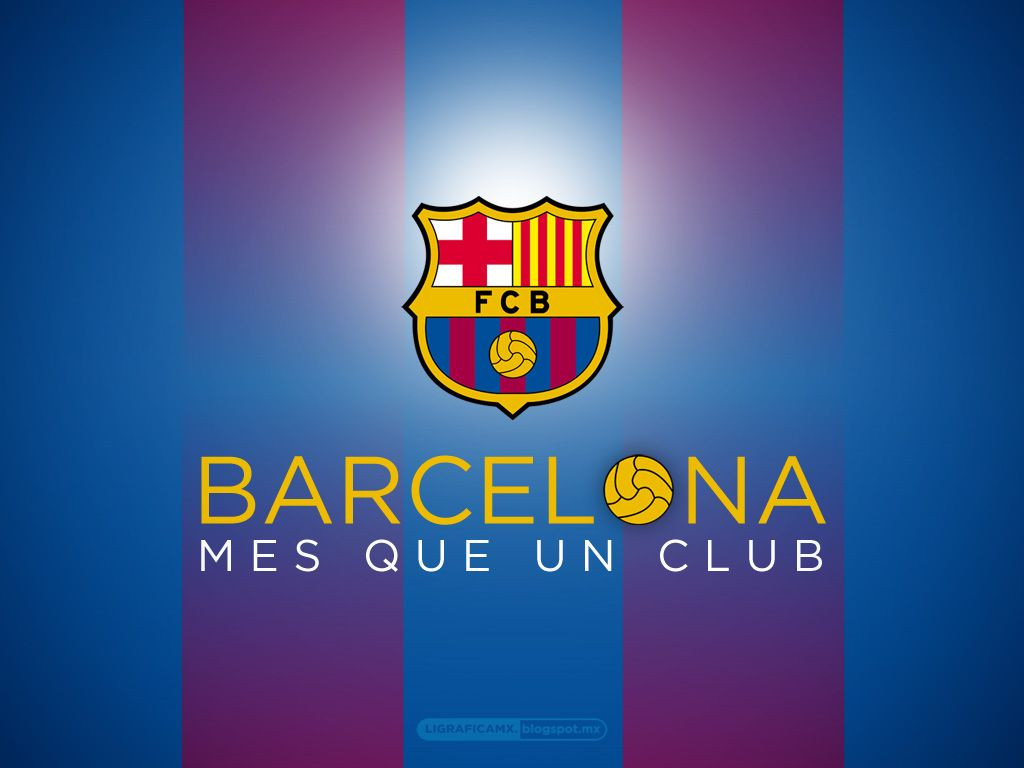 I’m starting this story because we should be looking forward to huge CL games tonight, but the going’s on in the world today has stopped that from happening.

I’m hopefully going to have time to play this save, but my main aim is for people to enjoy this story in these difficult times…

Thanks, and stay safe.
Login to Quote 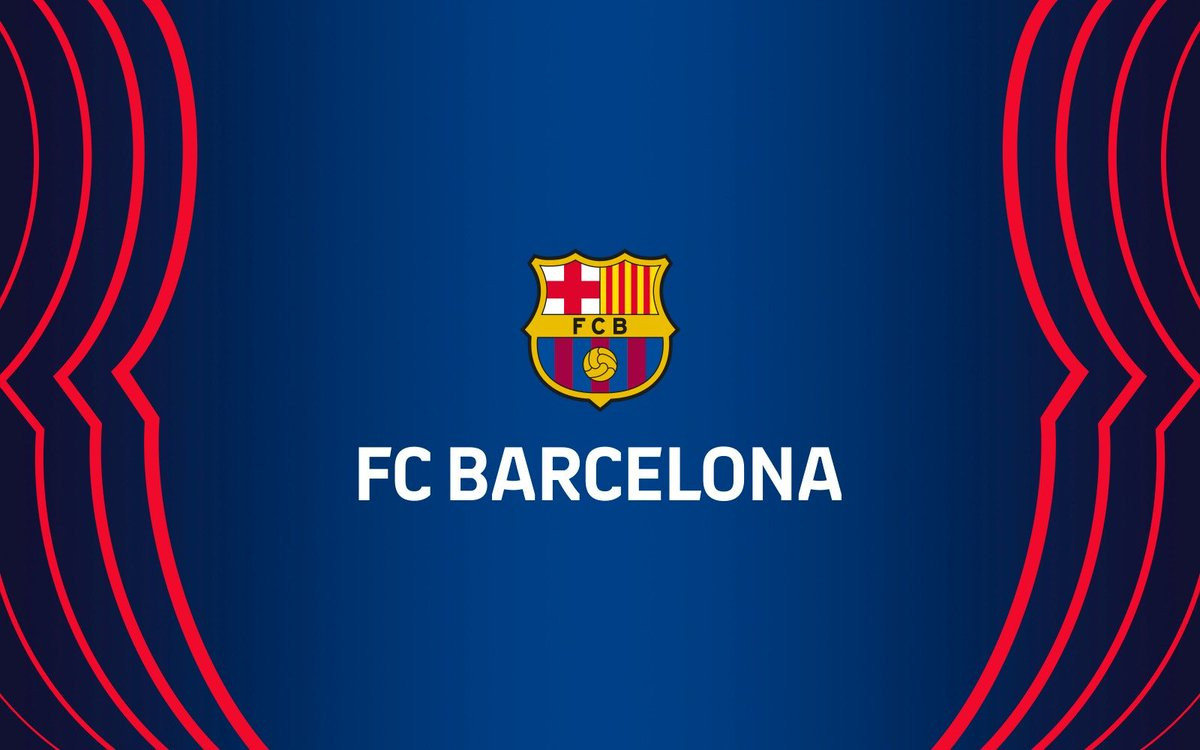 Barcelona doesn’t need much of an introduction. They have been truly dominant domestically over the last decade, winning 8 of the last 11 league titles and 6 of the last 11 Copa del Rey titles. With their run from 2015 to 2018 of 4 in a row, the club best run in competition history and just the third side to do so. Their 1-0 defeat to Athletic Club in the 2019 SF also ended their run of 6 consecutive finals!

2015 was the last time the Catalan club lifted the famous trophy, that’s just 1 Champions League crown in 9 years, despite having Lionel Messi and this is where the questions arise.
In the words of Spanish football expert Sid Lowe “It’s not the going out, it’s how you go out.” It happened in Rome in 2018 and coming into the 2nd leg at Anfield Valverde said they learnt lessons from that, but in some ways it was worse. They knew what could happen and although they had chances and, on another day, they may well have regained their grip on the most precious of club competitions, but it happened again!

Many thought Ernesto Valverde should have been sacked after that night in Rome and nobody thought he would still have the job after Liverpool and entering the 2019/20 season. Barcelona has been a mess at board level ever since Josep Bartomeu joined in 2014. The failed record signings of Philippe Coutinho and Ousmane Dembélé for over €200m have turned Barcelona into a team of Galácticos, a term that was a label of Real Madrid for so long and Barça proudly mocked. Just going back to 2010 Barcelona made history becoming the first youth academy ever to have all three finalists for the Ballon d’Or. Their famous La Masia was centre of attention in November 2012 when they fielded a team full of academy graduates in a 4-0 away victory vs Levante.

How times have changed as the only current 1st team players from this system are Messi, Busquets, Pique, Roberto and Alba!

So, the story begins.

We want to bring back the good times for FC Barcelona! 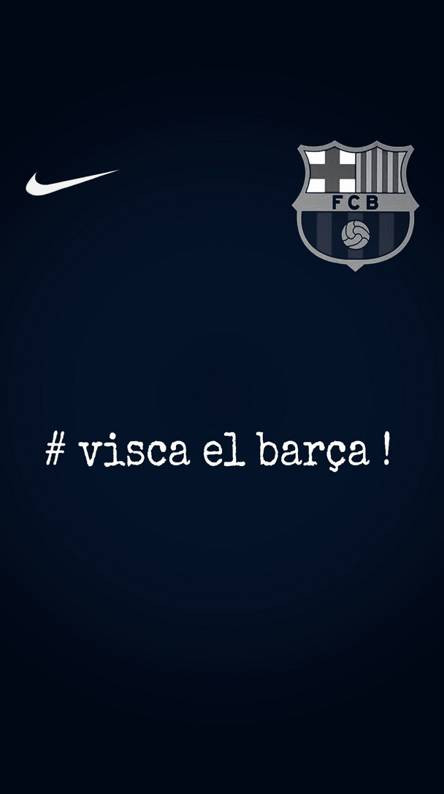 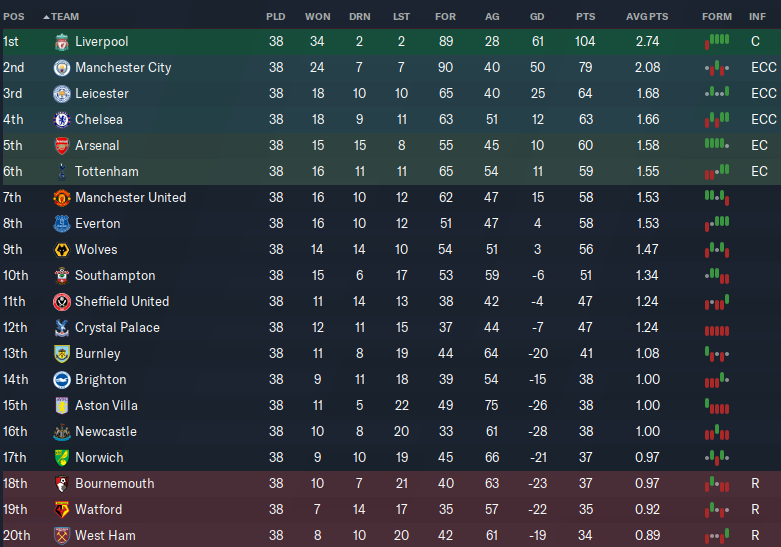 Barcelona win their 3rd successive title on the final day!
The lowest points to win the league since 2007 when Real M won with 76! 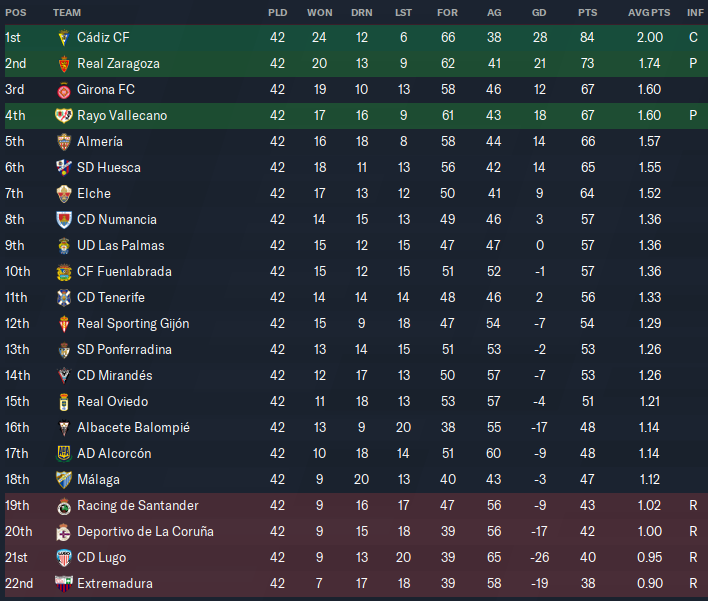 Cádiz CF return to the top tier of Spanish football for the firs time since 2006! Since then they have been in the 3rd tier.
It was only March 2020 when an American investor came in with the ambition of reaching La Liga.

Real Zaragoza has the 9th most seasons in the topflight but haven’t been there since 2013!

Rayo Vallecano the last side who will join the top flight won 1-0 vs Girona in the play-offs. The only team relegated to bounce straight back. 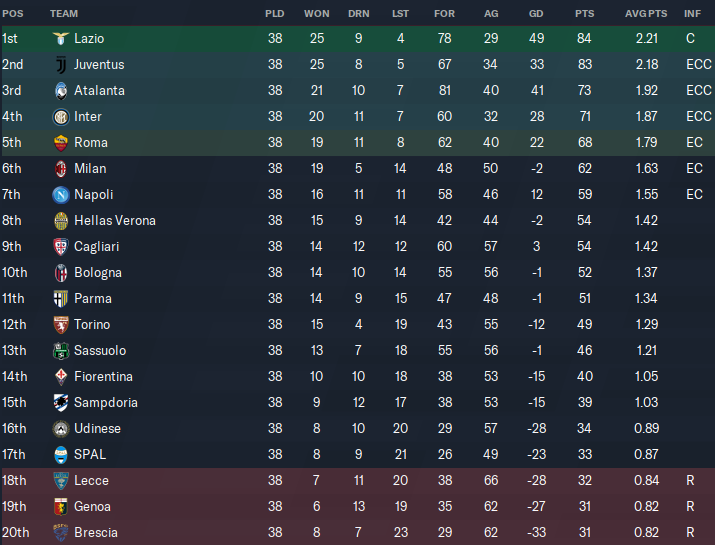 Lazio win the Scudetto for the first time in 20 years, moving level with their rivals Roma on 3.
Juventus where on a historic run of 8 in a row and finally fell short by just 1 point of Simone Inzaghi’s men. 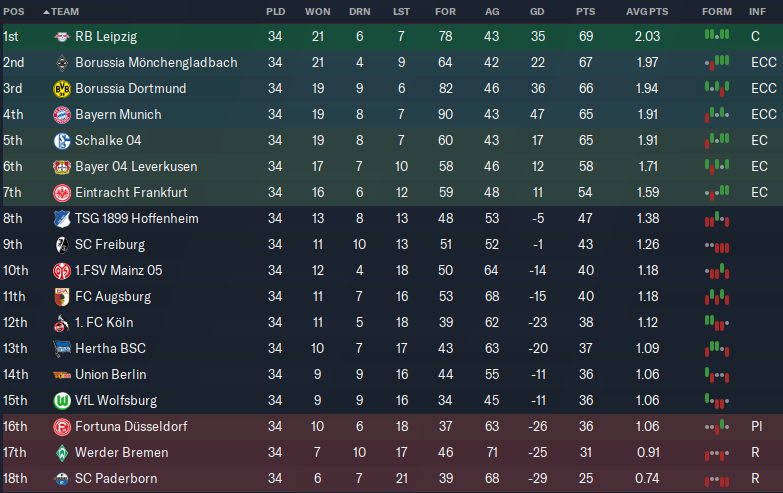 One of if not the most hated club in Germany win their first title under one of the most exciting coaches in world football Julian Nagelsmann!

Bayern where going for their 8th title in a row with Dortmund the only team to have run them close in that time, but it’s their worst finish since 2007 (also 4th) 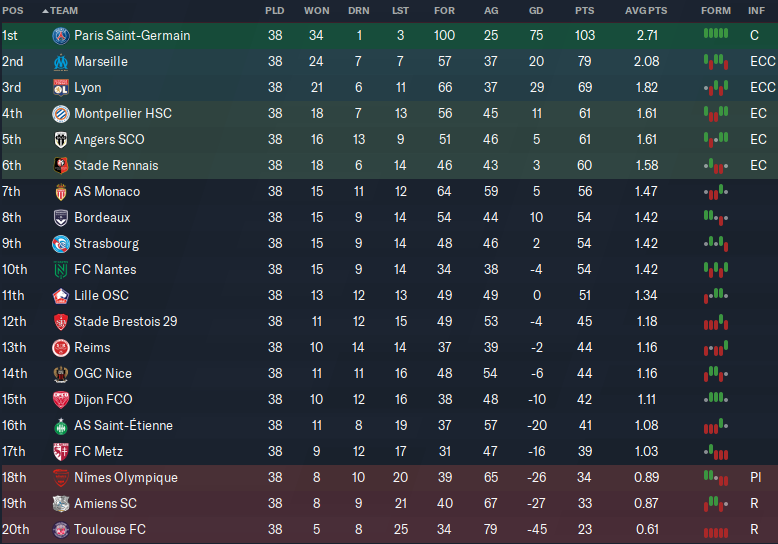 It took an outstanding Monaco team to win the league back in 2017, but PSG now have Mbappé and it doesn’t look like anyone will knock them off their perch any time soon!
They beat their previous points record of 96. Well at least they have something to try and beat.
Login to Quote 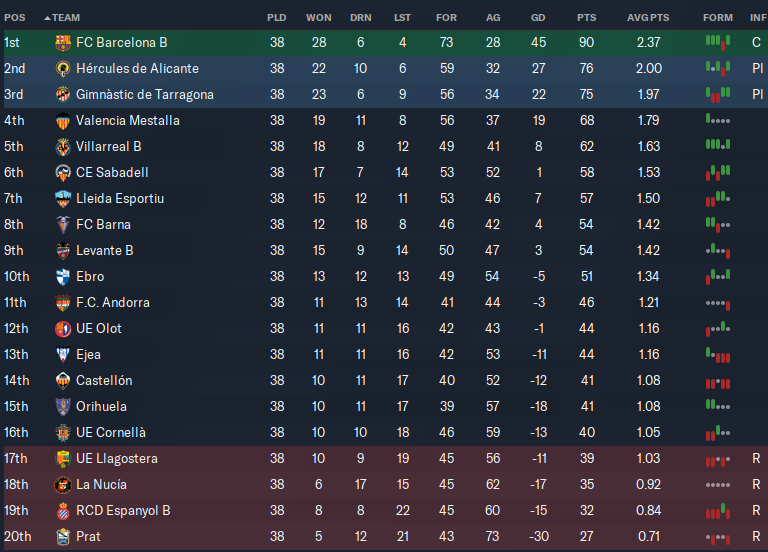 Barcelona B win the league, surely that means promotion. Well, no.

In the 3rd division the winners of the 4 divisions play each other and the two winners are promoted, but also play a final to find the best of the best.

Then the two teams that lost, but won their leagues have to go through the play-offs against 2nd, 3rd and 4th from the 4 divisions. Confused? Same

Real Madrid Castilla managed to get promotion after playing another 4 games!

It remains that the only team to beat Simeone in knockout CL is one with Ronaldo in!

PSG made it to the QF for the first time since 2016, but once again stumble at this hurdle.

Just a step too far for this inexperienced team at this level of European football, making it to this stage for the first time!

Atalanta made it very difficult for the team that beat them 5-1 in the group stage, pushing them all the way. Their defensive frailty let them down in the end
Login to Quote

Manchester City take a huge advantage back to the Etihad Stadium, with their first CL Final a real possibility now! 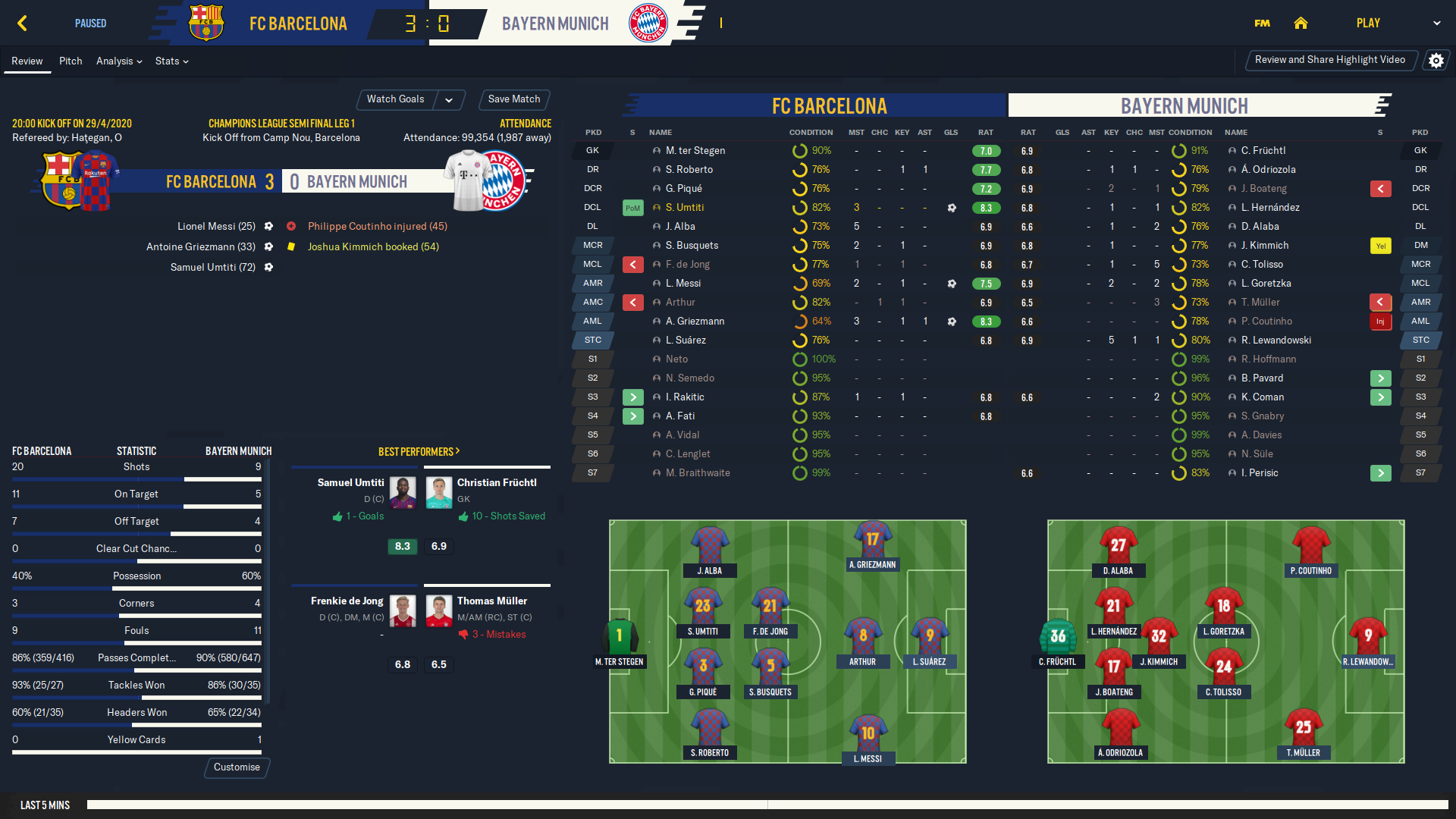 Messi and Griezmann with their best partnership since the Frenchman joined gives Barcelona a huge advantage going to Munich. Quique Setién has this side achieving more than was expected due to the circumstances of this season.

But, we have been here before!
Login to Quote 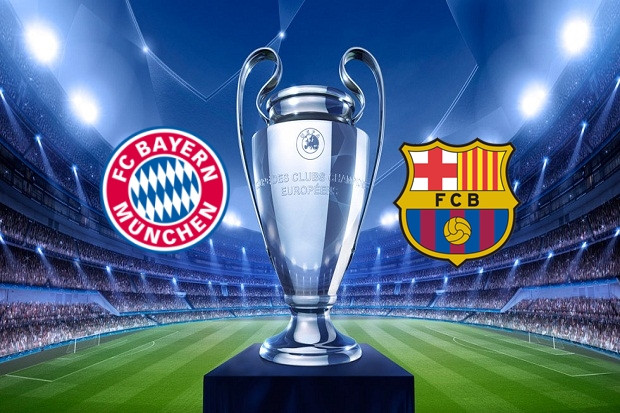 Huge absentees for FCB with Messi and Suarez both injured against Villarreal, which was an important game in the title race, but the worry for Barça is going away conceding early and not getting into the game when the pressure is on. Griezmann will have to step up as the main man up front.

Bayern come into the game off a 2-2 draw vs Werder which puts their grasp of the Bundesliga on the rocks, there was slight rotation, but Lewandowski was on the field.

Back in 2015 Bayern needed to claw back from 3 goals down and did score 3 but Neymar’s double sent Barça to the final! They remain undefeated in the competition, whereas Bayern lost vs PSG in the QF.

Of course both clubs have the ambition to be European finalists but it's a huge night for Barcelona with an away record that has haunted them for a long time. They are without the little Argentine to come up with some magic so Setién needs to be able to rely on others.

Leipzig had a good go at the competition but have other fish to fry in the hunt for the Bundesliga!
Login to Quote 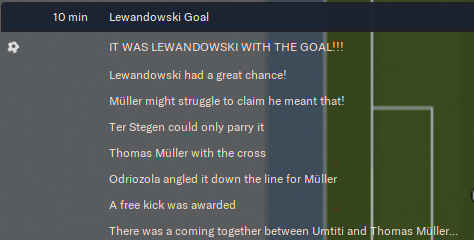 Exactly the start the home side needed, Odriozola plays the ball over the top for Muller who shoots at the near post Ter-Stegen saves but it rebounds into the centre of the 6 yard box where that man Robert Lewandowski is standing. We have a game on!


Bayern 2-0
It’s 21 mins in and that man Odriozola causes problems for Alba again, he skips past his International counterpart and it takes a wonderful save from Ter-stegen but falls into the path of Lewandowski again who was too quick at reacting!

Alba booked for a foul on Odriozola just outside the area. He has lost his head here and might need to come off at HT as he is getting done every time.

Barcelona look shocked again! All their hard work from the first leg is being wiped out with mistakes and nothing up front to give them hope. They are just hanging on here! Changes should be made.

It’s down the left hand side again they have done nothing about that problem, and they suffer with Odriozola and Lewandowski combining. Umtiti also needs to look at himself as the Polish forward was able to just get a few yards and knock it into the bottom right corner.

Messi and Suarez will be watching back in Spain with the head in their hands. 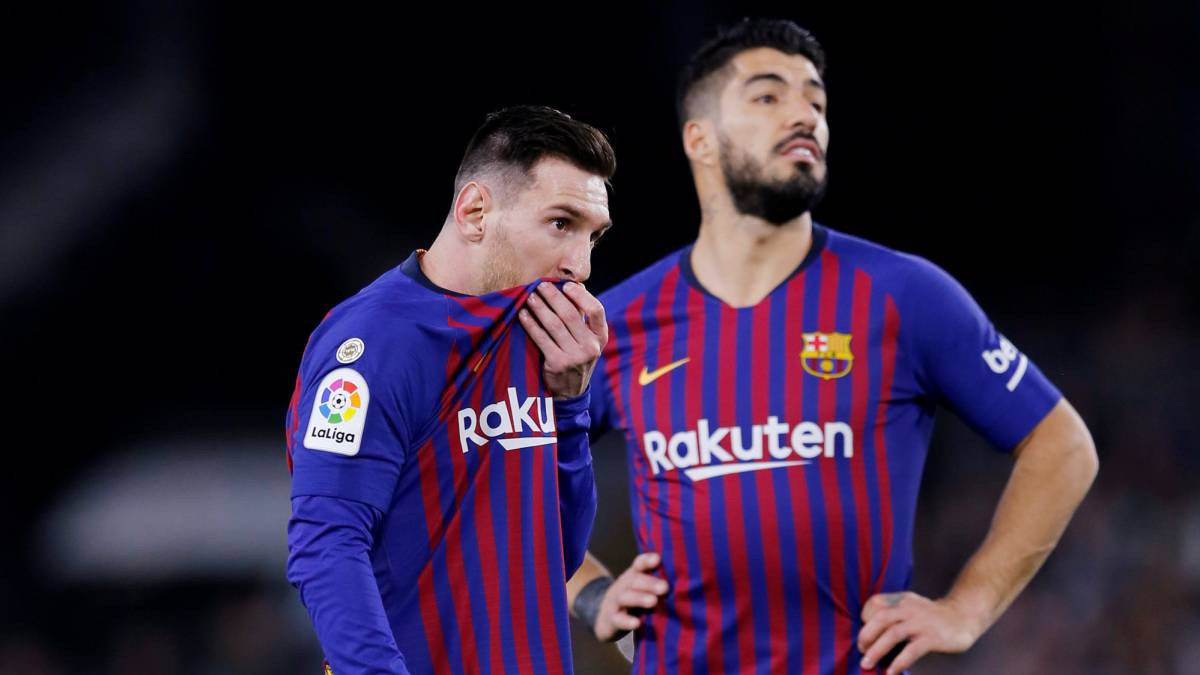 We have another European shock on our hands here!


64’
We have a throw in right near the corner flag in Barcelona’s half.

Odriozola to Lewandowski, who plays it back to the RB. He then goes inside to Tolisso, plays a one-two with Muller and back out to Odriozola. He skips past Vidal who is helping out at LB now, whips it in and GOAALLLLLLLL it’s 4-0!!! Barcelona are hapless here, Quique Setien and Eder Sarabia are losing it on the sidelines!
Perisic took a few steps inside away from Semedo and has a free header just past the penalty spot.

90’ de Jong earns a soft free-kick from Alaba (yellow card). This is a chance for Barça to rescue it late. Rakitic to take it… Smashes it into the wall. Huge let off for Bayern. Out to de Jong who crosses, Busquets headers it into the keepers arms.

95'
Rakitic bursting into the box, but a fantastic tackle from Hernandez. He bacl up and passes inside to Busquets, who shoots first time and miles wide. Is that it?

Fruchtl takes his time but passes it short, Bayern want the final whistle, 96’ but they give it away to de Jong he’s charign past the centre circle… Daniele Orsato blows his whistle! 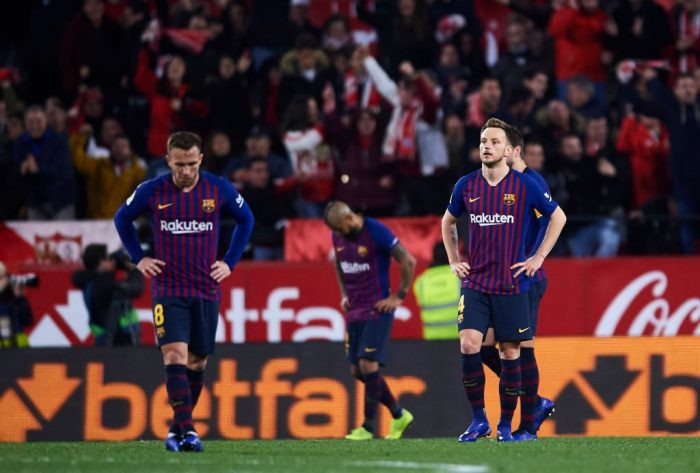 What a night for Bayern and we have our first 2020 CL finalists! 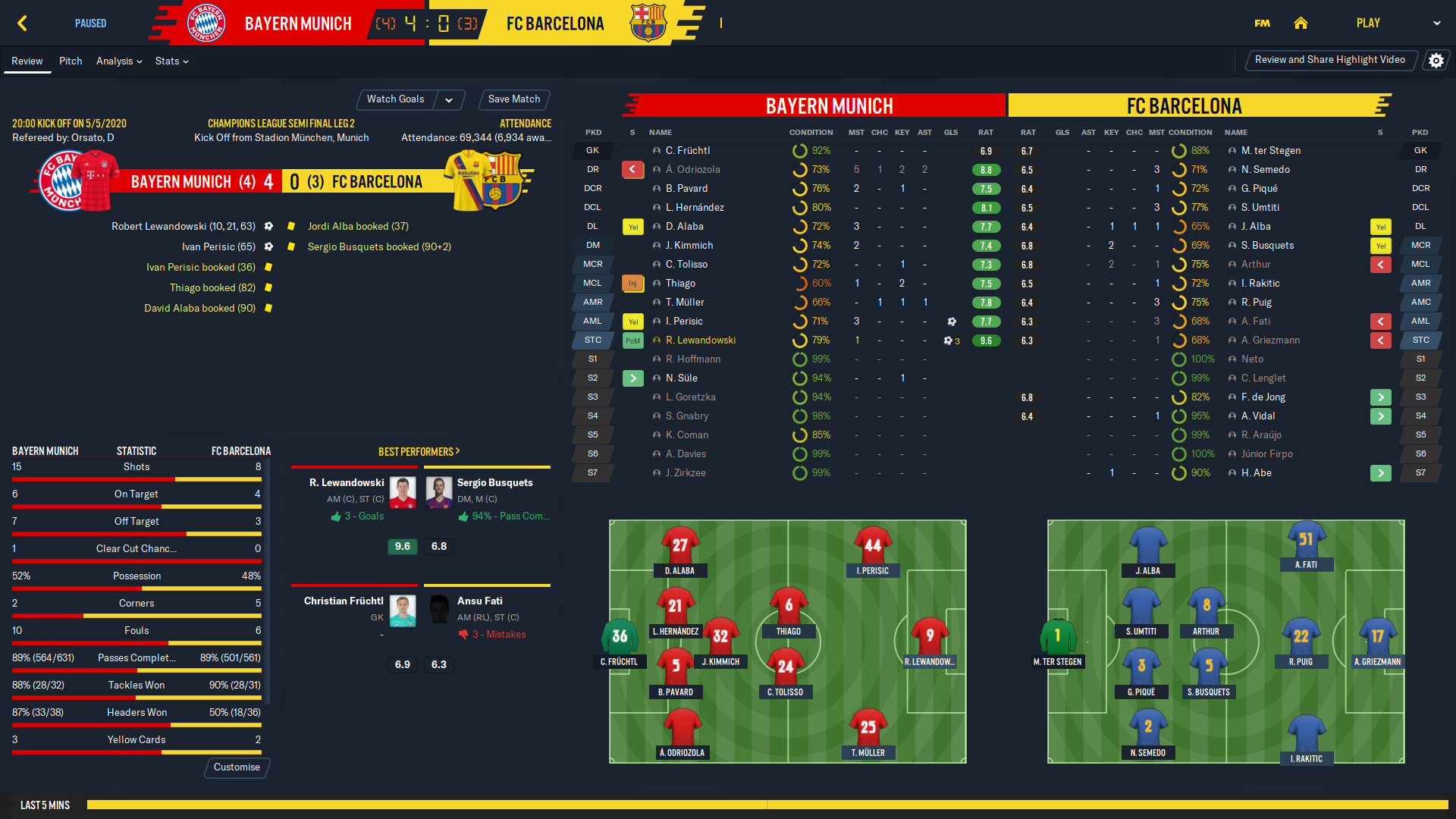 Barcelona blow a 3 goal lead for the 3rd successive season, questions will be asked like they always are on nights like this. Why wasn’t Alba taken off?

Where do they go next? 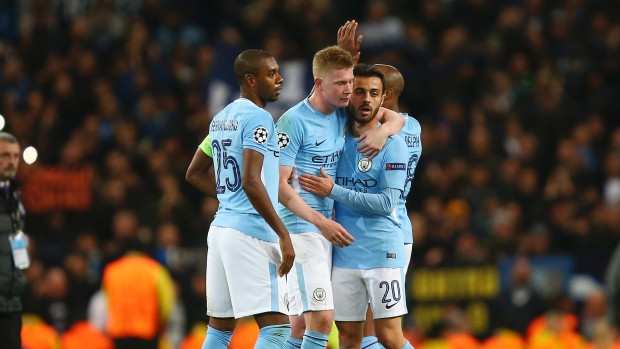 
Despite a home defeat, City reach their first final and Guardiola reaches his first since 2011.
The Spanish manager was brought in to deliver this title and his old team Bayern are all that stand in their way!
Login to Quote

ScottT
2 months
Again? Barcelona are cursed at this point!
Login to Quote