TheLFCFan
4 months
Considering the gulf in resources between yourself and West Brom, to push them that close is a very good effort. The league is all but won and league football is returning it seems.
Login to Quote 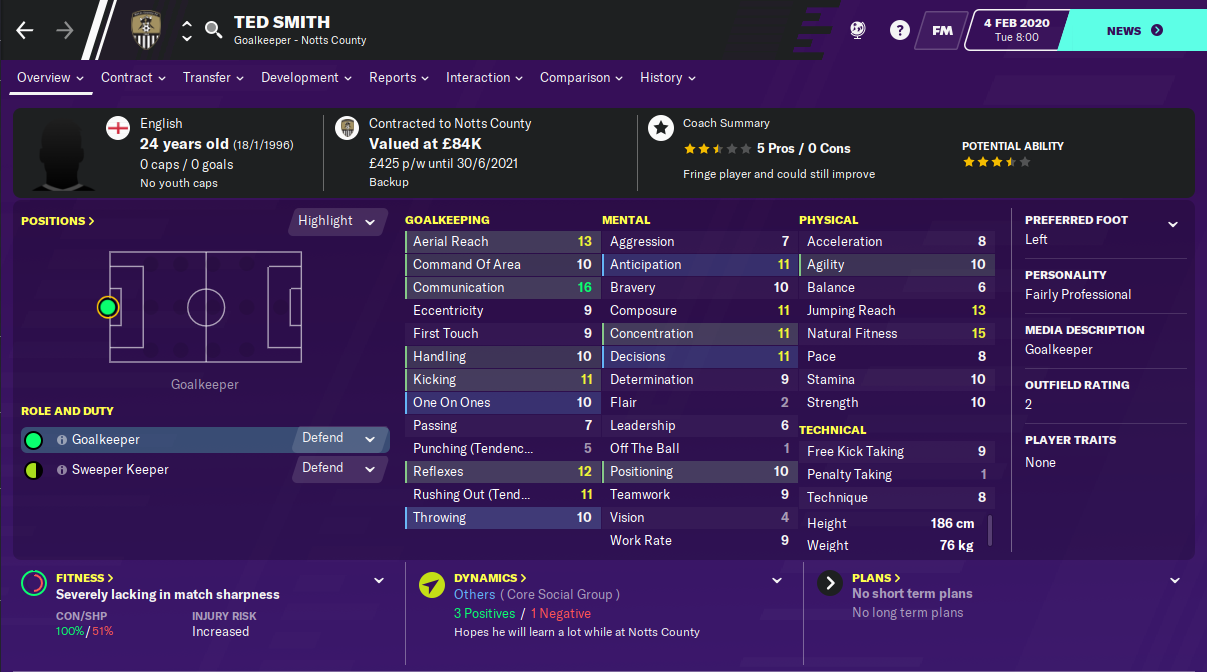 Former Southend United graduate signs for Notts County in a move that is seen as a goo move for the club to strengthen the Goalkeeper position. Smith was let go at the end of last season and hasn't played a game since 2017 but I feel he can add a fair bit. At 24 he still has a bright future ahead of him and can develop well here and grow with the club. Smith has been heard saying that he is looking forward to pulling on the gloves again and joining a club where he will be able to get some first team football to continue his development.


ScottT Jack TheLFCFan I'm not going to lie I was very surprised as well but it also helps when they underestimate you and don't field a full strength them.
Login to Quote

ScottT
4 months
His story irl is quite sad. A good signing here though.
Login to Quote

We continue our unbeaten run in the league as we drop 4 points this month which was disappointing but at least we didn't lose. The match against Torquay was enough to secure us a playoff spot at the least which I doubt we will need but its always nice to have just in case we shit ourselves and throw it all away. The month also saw us ply a further 2 rounds of the Buildbase FA Trophy which saw us brush aside Gloucester City and Yeovil Town so we now make it to the semi final. 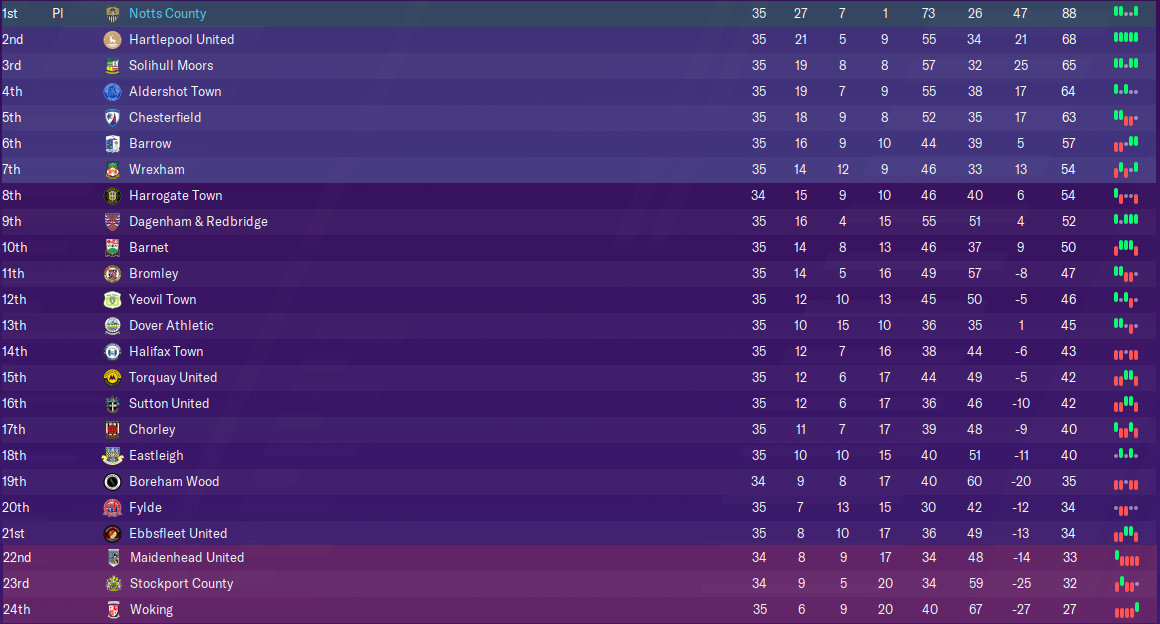 ScottT
4 months
Hopefully a double is on the horizon.
Login to Quote 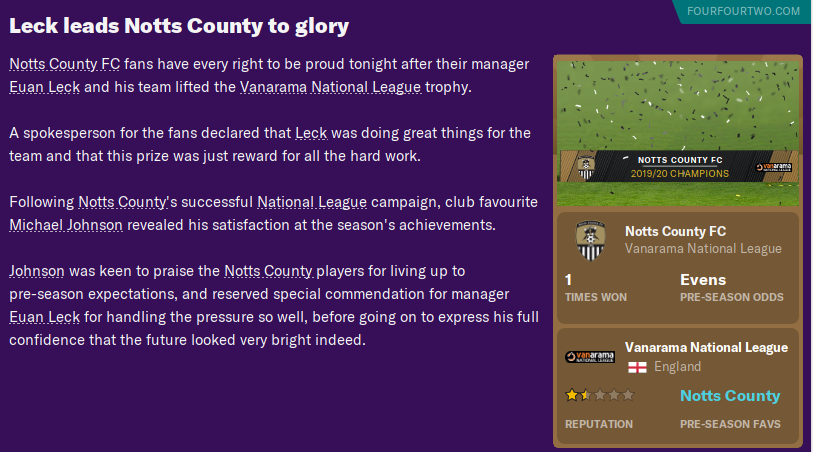 On the 17th March 2020 Notts County have been crowned champions of the Vanarama National League and will return to the Football League at the first time of asking. This was made even more special with beating Chorley 4-1 in front of our home fans so they didn't need to wait to see us presented with the Trophy.

At the start of the season the club were the favourites to win the league and they have certainly lived up to expectations with only suffering one loss up until this point. The signings of Casper Sloth and Tommie Hoban have helped strengthen an already strong team. With 7 games still to go this team is expected to break a number of records along the way. This is just the start of the great things this club can go onto achieve and the first step in the club starting to catch up with Nottingham Forest.

With the league wrapped up we now have our budget for next season as well.

Its a generous budget for going up to league 2 especially since we will be focusing on free transfers. I look forward to seeing who we will be able to snap up

tazz21 Cheers
ScottT Fingers crossed as it would be out only chance of winning a cup for a while.
Griffo I fully expect it to be a bit harder next season
Login to Quote

ScottT
4 months
Absolutely coasted your way to the title. Congratulations.
Login to Quote

Jack
4 months
Back in the Football League! Great work. I assume most of your budget will be put into the wage budget but I honestly can't predict where you'll come next season!
Login to Quote

What a month as we continue our unbeaten run. We manage to go right until the final game before dropping points. Our key moment of the month was obviously the win over Chorley where we secured the title in front of our own fans. We then continued that form to get our first trip to Wembley in the Buildbase FA Trophy where we will face Maidenhead. Not long to go now until the end of the season and when we are able to start tapping up players being released from premiership clubs.

This month has also seen the start of takeover rumours circling the club but I don't expect anything to happen anytime soon with it as the chairman seems pretty happy at the helm just now. 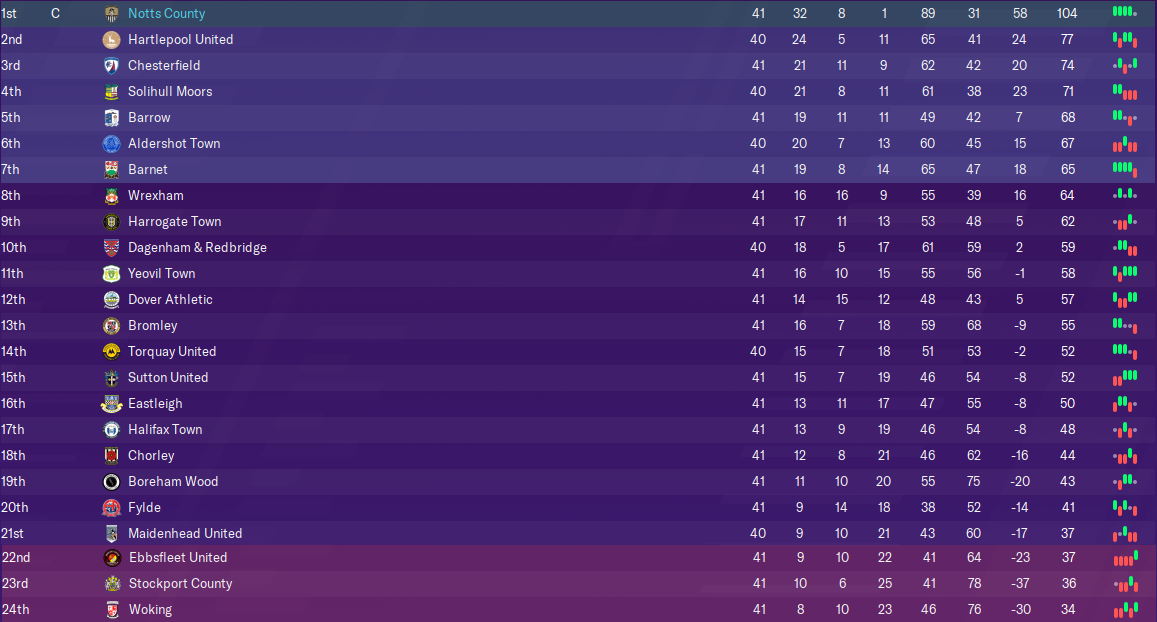 The best time of the season seeing your youth come through. We have one stand out player though in Matt Brown. 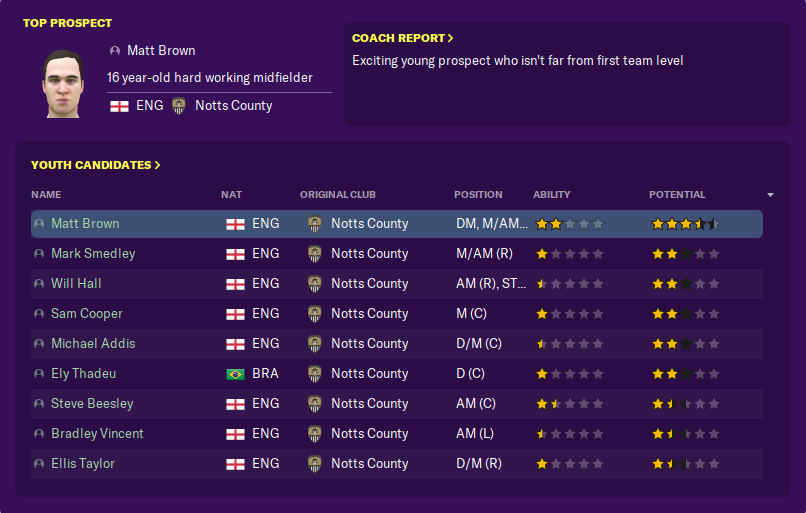 Brown looks like he could be a decent player for us and will make his debut before the season is over to give him a run out and to let him know he can make that jump here to hopefully get him to stay in the future. 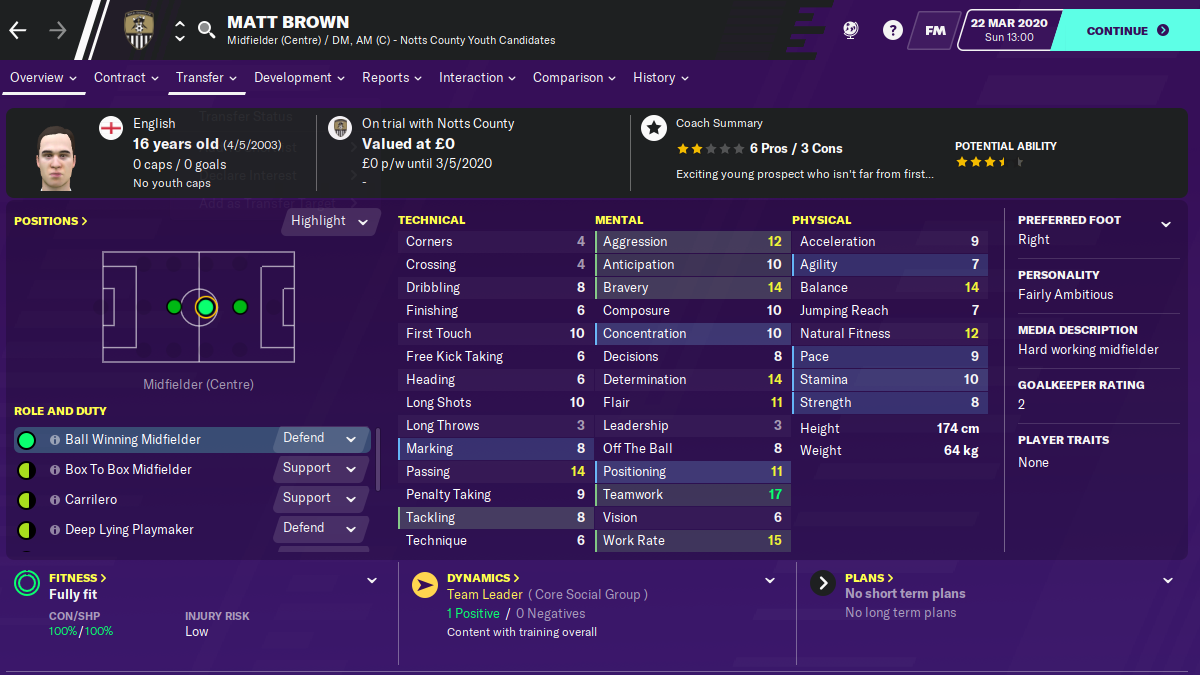 ScottT Cheers, the real test starts next season.
Jack More than likely no point in spending cash if we can build a team from free transfers just now
Login to Quote

On the pitch, you are dominating in the league and a double looks on the cards. Can't complain!
Login to Quote

Its a terrible month to end the league on but we have a lot of contracts ending at the end of the season so we rotated the squad a lot to give players a run out. We only manage one win but since everything was all wrapped up then its alright and we still managed to go the whole season in the league with only 1 loss and of course it was to the team that finished bottom of the league.

Brown has been given his chance in the first team this month a well starting every game and he has copped well with making the step up and hopefully it will aid his development going forward and allow him to take that next step. 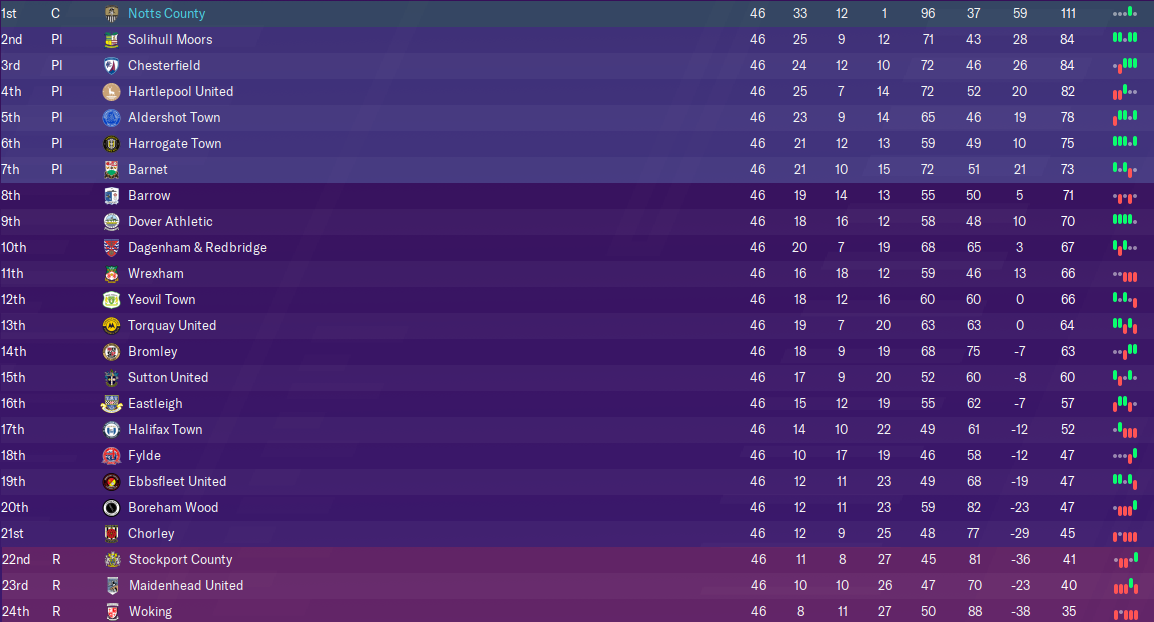 We are happy to announce Leeds United as our Senior Affiliate which will allow us access to loan their players without having to pay wages and that can only help us with climbing the leagues.

ScottT He's performed well so far which is promising and now fingers crossed we get the double.
Login to Quote

TheLFCFan
4 months
Firstly, congratulations on a great season with the title being secured very early on. Brown looks an exceptional talent already at his age and could well be a player who makes a mark next season. Great work!
Login to Quote