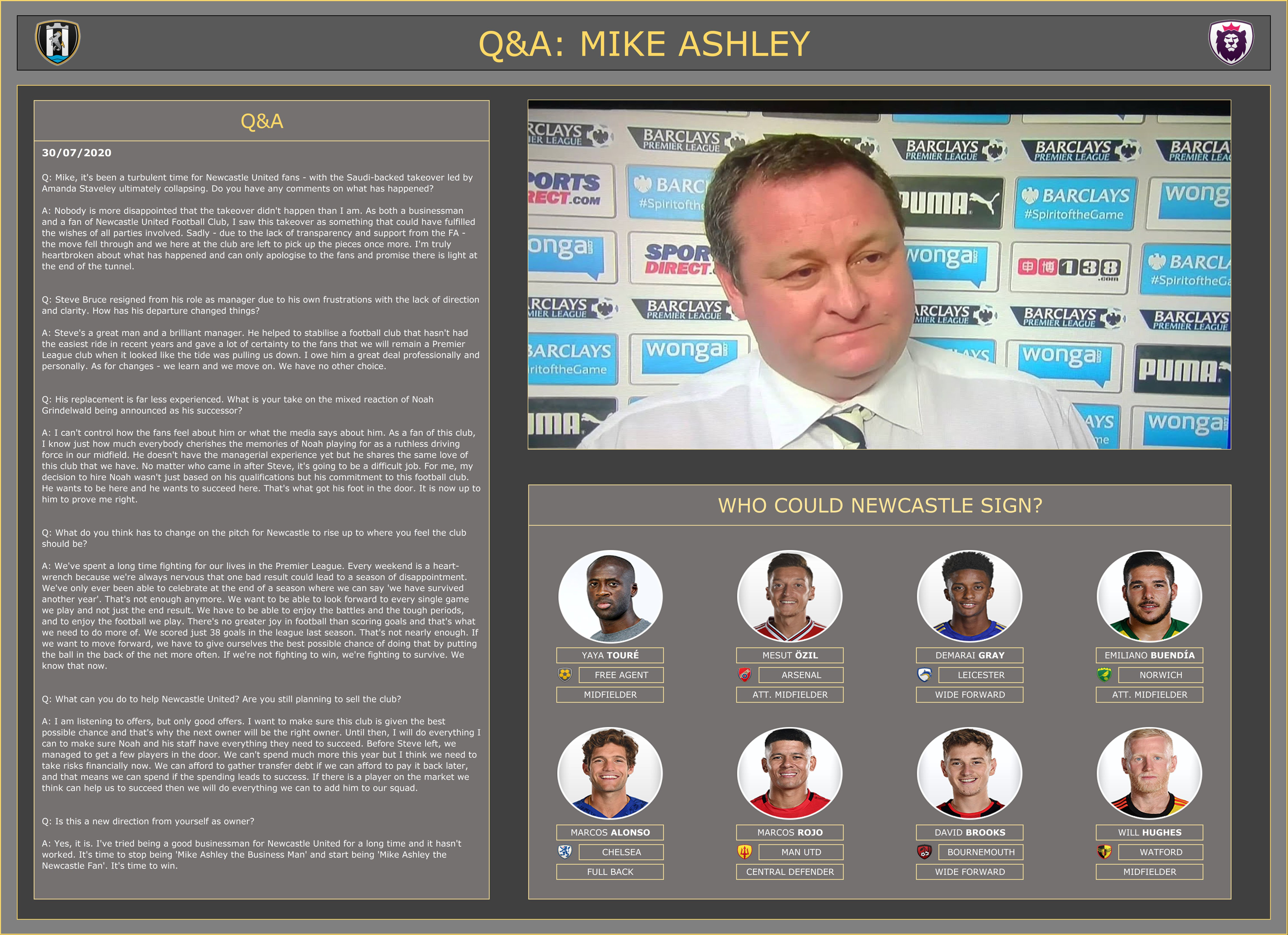 J_ames
1 year
The Geordies must be quite excited to see this side of Ashley, though very cautious at the same time. It wouldn't be unlike him to get their hopes up, only to crush them with some boardroom shithousery. It seems like Grindelwald has managed to convince him to let him do his own thing though, and with Ashley under his spell: I'm sure the fans will be too.

ScottT
1 year
I wouldn't trust Ashley as far as I could throw him. And that's not very far.
Login to Quote 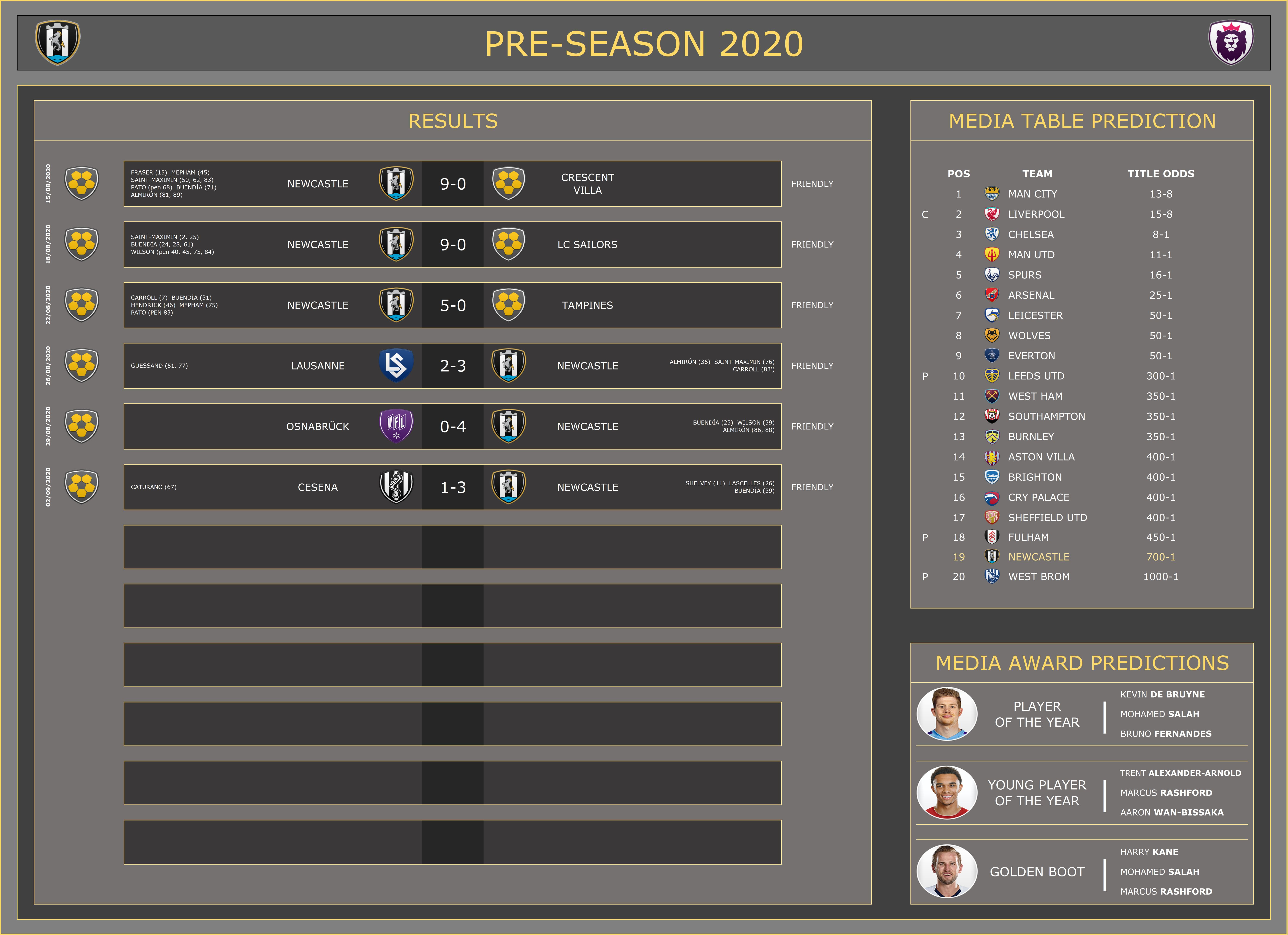 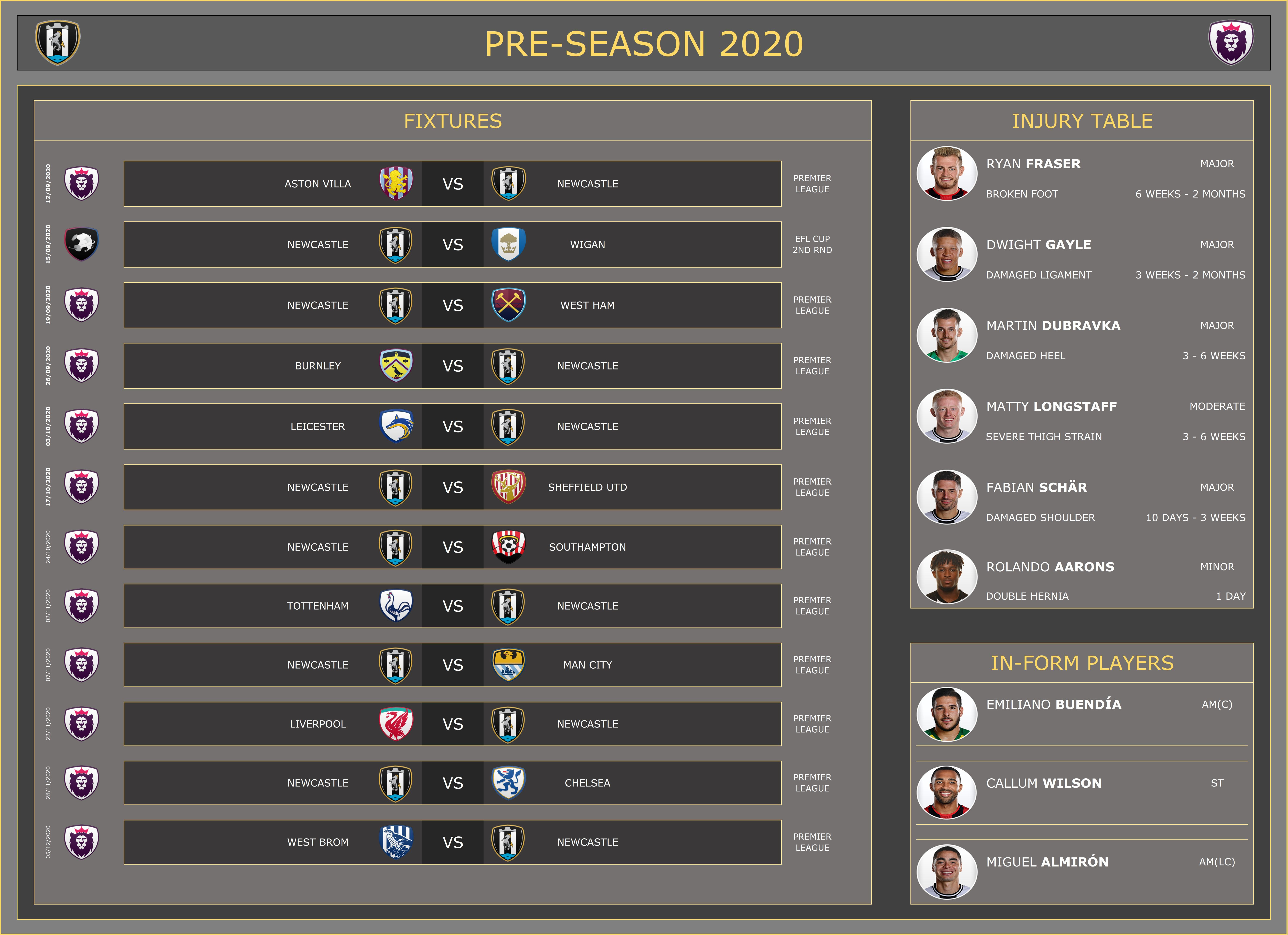 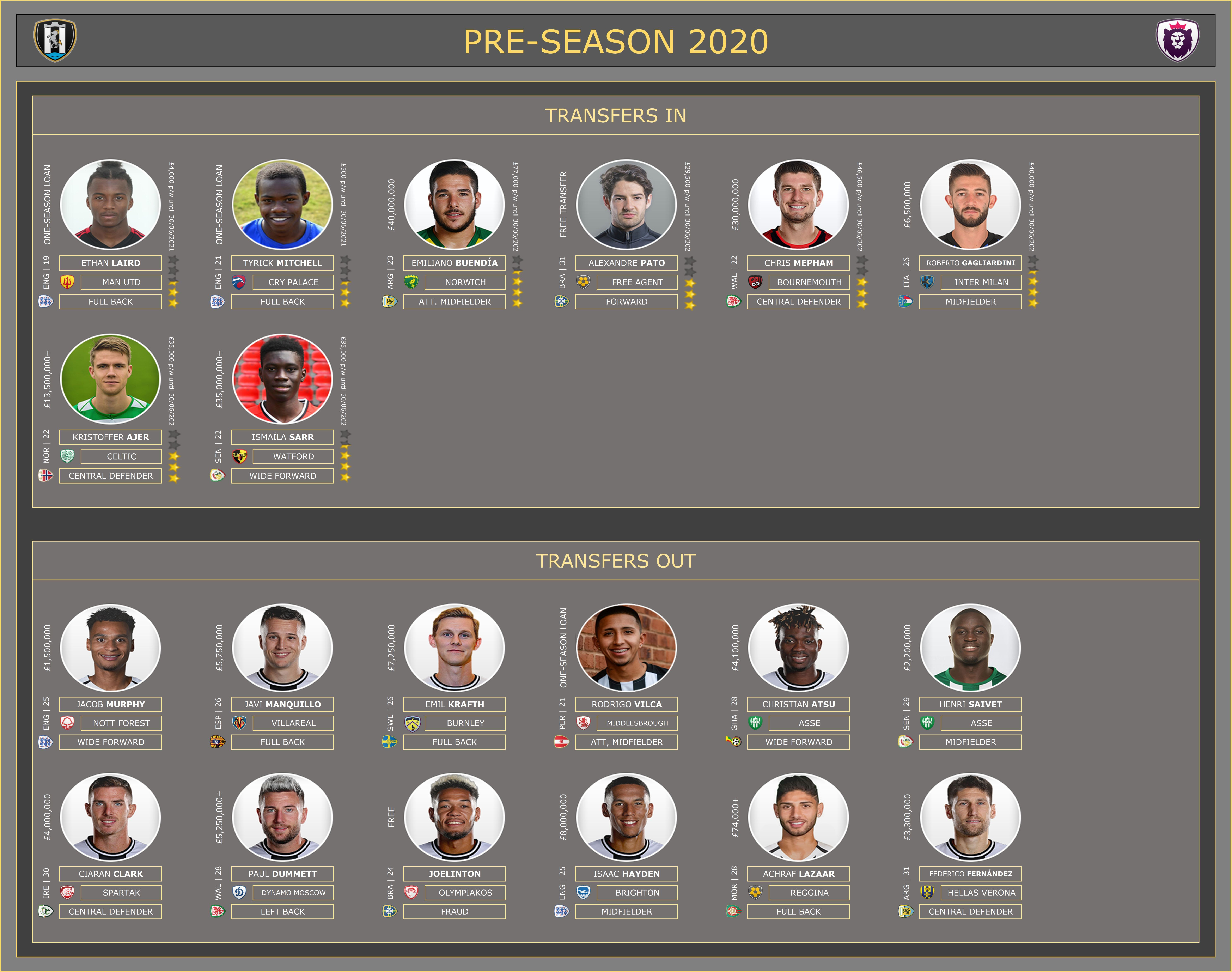 ScottT
1 year
Some decent signings but quite inflated prices in some cases. Letting Joelinton go on a free...
Login to Quote

Jack
1 year
Pato coming in for Joelinton for the same fee is so satisfying. Some decent business in there!
Login to Quote

J_ames
1 year
Some solid business done in the transfer market, the fact that you picked up close to 10m from Russia for two rubbish defenders is a win in itself. Surprised that Mike Ashley allowed you to let Joelinton depart on a free, as you'd think he would've wanted to recoup some of the money that was spent on the former record signing. You've spent quite a lot at the end of the day, and you'll need a relatively successful season, or the finances could very well be in the mud.
Login to Quote 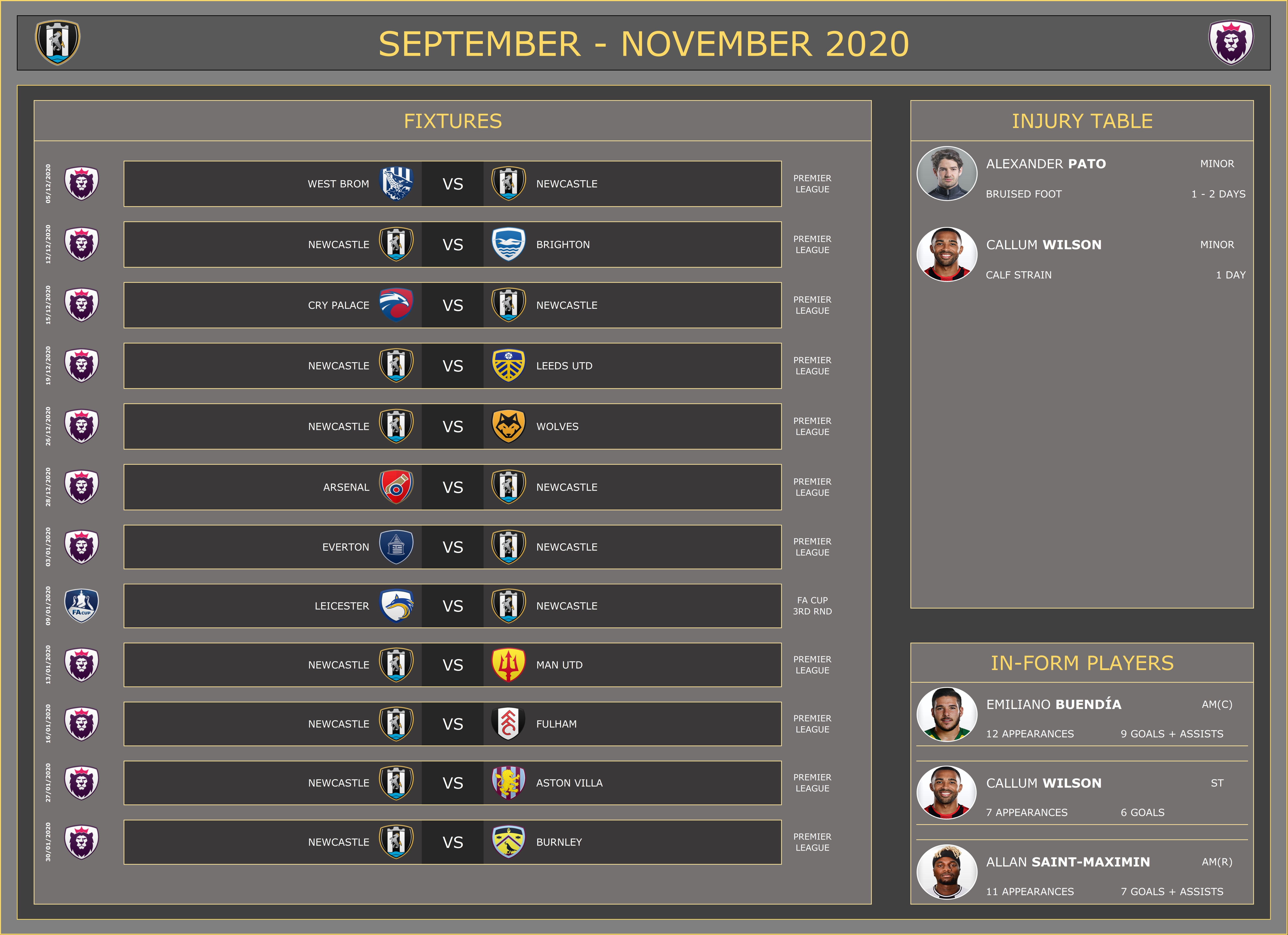 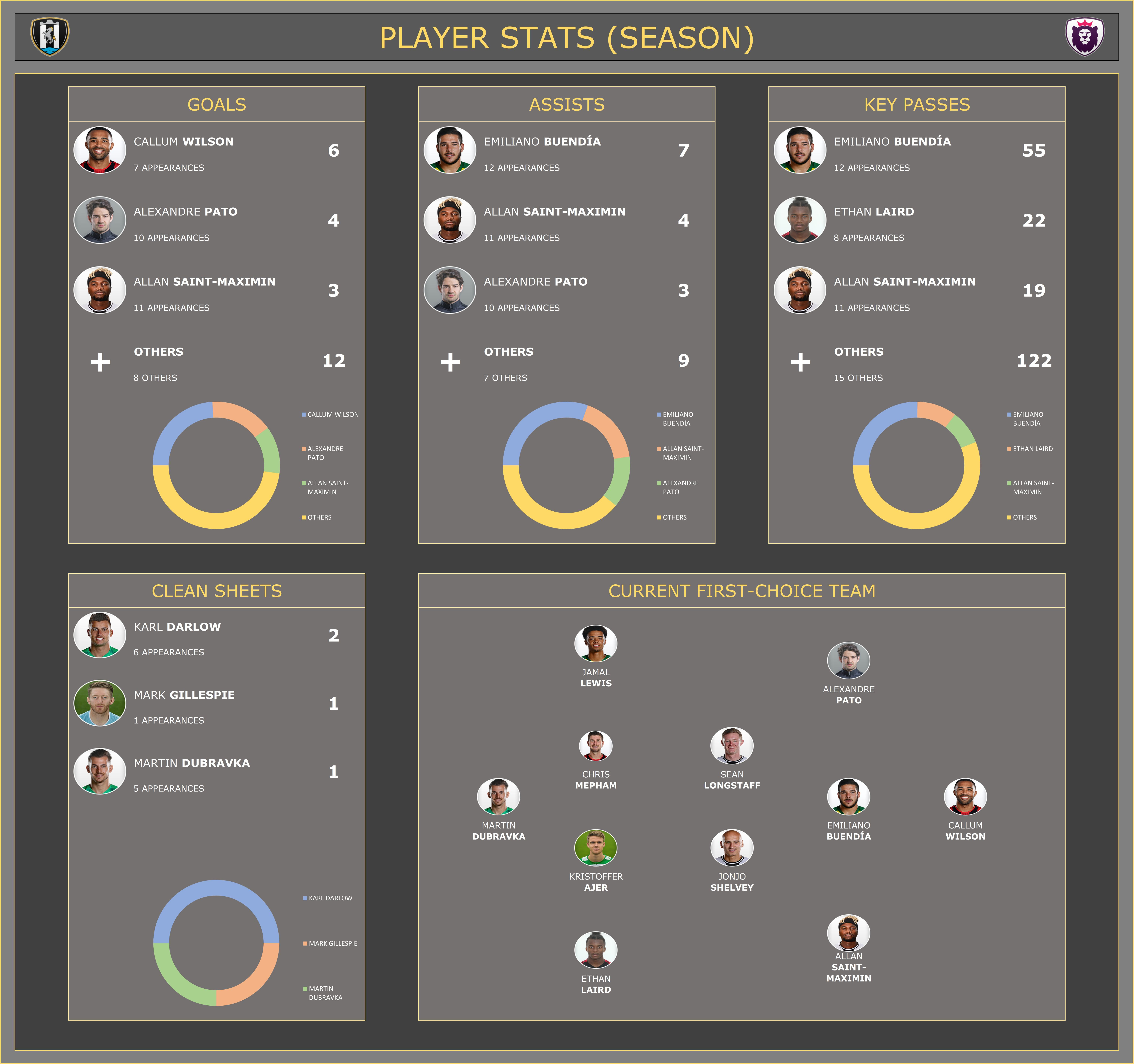 At the Prem, the season started off easy but in the last 4 games it got suddenly harsh. Nice win over Chelsea, though
Login to Quote

Jack
1 year
Started to fall away slightly after that Southampton win, but I think that can be excused given the quality of team you found yourself against. Good to see that the Leeds in Europa campaign is off to a good start, too.
Login to Quote

You are reading "Noah Grindelwald: The Magician".