dj_watto_2008
10 years
I'm about to manage Everton FC, with the hope that they can get to (and win) a European trophy. 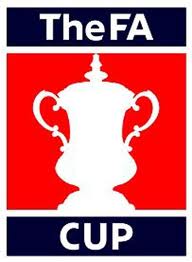 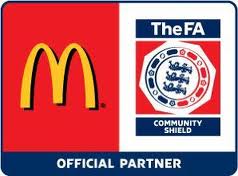 Europa Cup (if we end up in this competition) 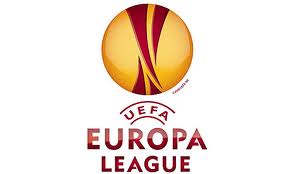 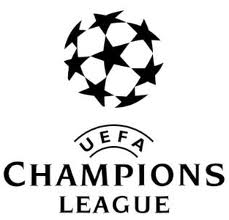 This month, we had the Transfer Window to enjoy. Unfortunately, however, we have a really tight chairman who refused to give me funds until I sold some players.

So, I decided to put many of my valuable assets up for sale. (Now I know why people rate David Moyes so highly)!!

dj_watto_2008
10 years
Anyway, enough of the Transfers, here are the results of my first 5 league games (and 1 League Cup game too)

We have picked up just 1 point in the Premier League after 5 games, and are lying bottom of the division, in addition to this, we have crashed out of the League Cup to League One opposition After Extra Time. With this form, we'll do well to stay in the Premiership, let alone qualify for Europe through it!!

patrick1
10 years
why did you release leon osman? you could have got some money for him. you should have kept ross barkley and the others like tim howard, jags, cahill and fellaini. i know everton are struggling for money but if performances are consistent and you get a couple of trophies like fa cup/carling cup and league positions are excellent then eventually a buyer will come in.
Login to Quote

#46659 patrick1 : why did you release leon osman? you could have got some money for him. you should have kept ross barkley and the others like tim howard, jags, cahill and fellaini. i know everton are struggling for money but if performances are consistent and you get a couple of trophies like fa cup/carling cup and league positions are excellent then eventually a buyer will come in.

If i'm perfectly honest with you, I panicked. When the chairman told me there weren't funds available to strengthen the squad, I thought sell, sell, sell.

But still, with the team I play, I should be picking up more points than I have been. For example, my basic team is,

We had possibly the toughest 5 games on our calender this month, we had to play Man City, Man United, Chelsea, Liverpool and Fulham, I was seriously fearing for 0 points and us being cut adrift at the bottom of the table.

We have moved onto 3 points in the Premier League, still pretty poor after 10 games and we are still bottom of the league, 5 points behind Swansea in 17th place. But, on a more positive note, the performances have picked up. Since the final 5 minutes at Stamford Bridge (where we scored twice), we have been more positive in games, getting the ball down and passing with more conviction. Despite losing to Fulham, we played them off the park. If it wasn't for Dembele and Dempsey, they wouldn't have had a sniff, we also played well in the Man United game, but switched off when defending a corner and Wayne Rooney punished us, and stopped us from getting out 1st win of the season, and my 1st competitive win as Everton manager
Login to Quote

#46663 patrick1 : hahnemann is quite poor i would have got rid of him ok not much lol but something

Does anyone have any ideas who I might be able to sign? (Not many players from abroad - as I started with only England and Spain as my laptops' not that fast).
Login to Quote

dj_watto_2008
10 years
We didn't have a very tricky month this month, so I was hoping that we could pick up a few points, hopefully to get us off the bottom of the table, then again we haven't won all season, so that was a long shot.

By far our best month in the Premier League this year, we have picked up 7 points from 5 games, and moved onto 10 for the season. As you may have guessed, we have moved off the bottom of the table and into 18th place, and we are only 2 points behind safety (17th), which is currently occupied by Norwich City. I made a few changes to our lineup after getting thumped by Newcastle. I changed Hahnemann for Mucha (not the best swap I know, but Mucha has kept 2 clean sheets in 4 games), and I brought Vellios in for the now stricken McFadden (that was a good change as we then played 2 up top and gave us a more potent look than we had for the start of the season). Of course, all good things come to an end, and after 3 games unbeaten in the league we get smashed in the Emirates by an excellent Arsenal team, that is the type of play we are aspiring to create here at Goodison.

Just as I think everything is going well, I've scored my first (and second) wins as manager in the Premier League, my (former) number 1, Marcus Hahnemann has told me that he is considering whether to retire at the end of the season or not. He said that he will inform me of his decision, one way or another, later in the campaign. Thanks Marcus, thanks a lot!!!
Login to Quote

dj_watto_2008
10 years
The festive period, a time for everyone to enjoy themselves, to forget about their troubles and wish for a better next year, the final point being so very true is you are a Toffee, not sure whether (with your team still looking at survival than european qualification) you can forget about the football or enjoy yourselves very much. Still, with plenty of football on the TV and games being played all through the festivities, who knows your team might just pick up a run of form.

What I said on the summary of the last post I made, is now incorrect. Over the festive period, I picked up 11 points from a possible 15, and 9 out of 9 at home. I think the fans might be taking to me now. Since I took over, we have been in the relegation zone for all but one game (the first one), but we are now half way through the season, on 21 points and in 14th place, 4 places and 6 points clear of Norwich in 18th place and the relegation zone. We have kept the momentum up from last month and the football is going well too, we had a sticky game against Swansea, where we only won due to an unfortunate Own Goal from Angel Rangel. But apart from that game, we have barely looked troubled. I must mention the fantastic Jelavic hat trick against Bolton, it was special to watch (especially as they all came in the second half).

On another plus point, the final whistle of the WBA game signified 2 things, the start of the January transfer window, and the fact that our 1st FA Cup game of the season (against WBA) is next on our agenda. Let's hope we can get through that game to get a bit of revenue into this club.
Login to Quote

dj_watto_2008
10 years • Edited
The Start of the January Transfer Window, and as you may well know (due to selling some assets off in the Summer), that I have a bit of money to spend on new signings now. We also had a program of league and cup fixtures to contend with, but with our confidence high, we set to work in the new year.

This month went very smoothly, with a further 5 points added to our Premier League total from 3 games, and a progression into the FA Cup 5th round (this could be our passage into Europe for next season). I must say that, although a little nervous to face WBA (a team above us at the time in the league), I was much more nervous to face Tranmere away from home, especially if you remember what happened last time I faced a lower league team (they knocked us out of the League Cup). We are still in 14th place in the Premier League, but we now have 26 points, a full 10 clear of the relegation zone, which is currently occupied by Swansea, Sunderland and Norwich. In qualifying through the 3rd round of the FA Cup (vs. WBA), we got awarded £67,500. Getting through Round 4 (vs. Tranmere), we got awarded £90,000.

PJGrieve7
10 years
Now i think you are on track for a good finish( Could you post the league table and your squad please?)
Login to Quote

#46679 FM12HFC : Now i think you are on track for a good finish( Could you post the league table and your squad please?)

I tried to do that on another thread on this website, yet none of my images worked. I can type the league table out for you if you wish?
Login to Quote

dj_watto_2008
10 years
February has just finished, and you know what they say. If you want to make a surge up the table, the time to start is in February. What a shame Everton didn't listen to anybody who said that!! It was just like watching us at the start of the season again, no culture to the passing. We seemed nervous on the ball and worried about making a mistake. This in turn riled the fans, and we were booed off at half time in the game against Chelsea.

Just as I thought everything was coming together and we might be on to get into the top half of the table, this month happens. It's typical Everton, beat Arsenal, tie with Chelsea, yet lose to Wigan and QPR!! I'm not going to complain with the Liverpool game, they were just better than us, and Luis Suarez just oozed quality on the ball, i'm surprised he didn't score!! On a positive note, we are in the next round of the FA Cup (where we will play Nottm Forest), and we smashed Arsenal, just like they did to us earlier in the campaign. I hope March will be better for us, and with only 11 games left we need to pull our finger out. I'll post the full league table ATM and my current squad in the next post.
Login to Quote

You are reading "Can we do Europe??".