We'll have weekly updates on this topic for current league rankings, key upcoming fixtures and such.

Also there are great prizes by UEFA and the fantasy league's sponsor Western Union. For those who will excel in the global rankings (beyond our private league). 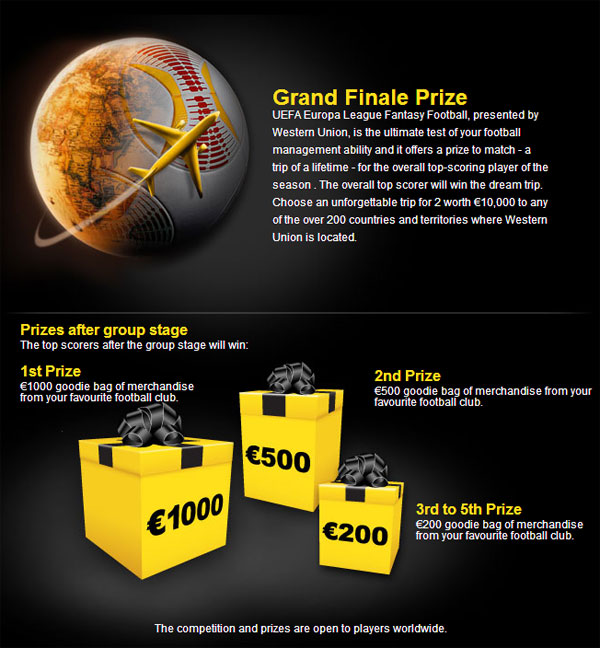 (god I can't pronounce most of them

Winners of the week

Emre as captain gave FK Podunavac a huge 16 points which boosted his total to the higest in the league for that week, as well as an unlikely Stewart Downing gaining a goal, a feat which has not been seen often with him playing for Liverpool

Losers of the week

Many of M_A_P's team did not play, and his captain was Walker (2 points without captains armband) a recipe for disaster

2 Key Matches in the next gameweek

Eto vs Skrtel, Samba vs Suarez, this is to be a good match up. And one that due to ANzhi's home advantage a game that could go either way, and looks to be an enertaining game.

Udinese lost away to Young Boys in gameweek 3 and could look to gain revenge against the Swiss Outfit, my money is on Udinese but Young Boys do have the potential to mix it up with this standard of opposition, and this one probably will be a high scoring game.
1
Login to Quote