Akash
9 years • Edited
THE CHALLENGE
Win every trophy from England, Scotland, Wales, Northern Ireland and Ireland in any order you want using only British and Irish players.

Jamesg237
9 years
This would be a great journey to go on. Would you have to sell off everyone who isn't British or Irish? Starting with a big club.

Oh just start get this story started!
Login to Quote

TheFMBeast
9 years
This may take you a while.
Login to Quote

TheChosenOne
9 years
^Take him a while? This is Akash Vidyasagar we're talking about. Super Akash!
Login to Quote

The FM Rookie
9 years
Good luck with this Akash. This is something which I have been interested in doing for years so it will be interesting to see how you do

Akash
9 years
I started unemployed in January 2013, and I hoped to land a job in Ireland. Not only does it seem like a good league with a bad reputation, it is also "FM Rookie"s land. Within a week, my job application was successful and Galway United approached me. 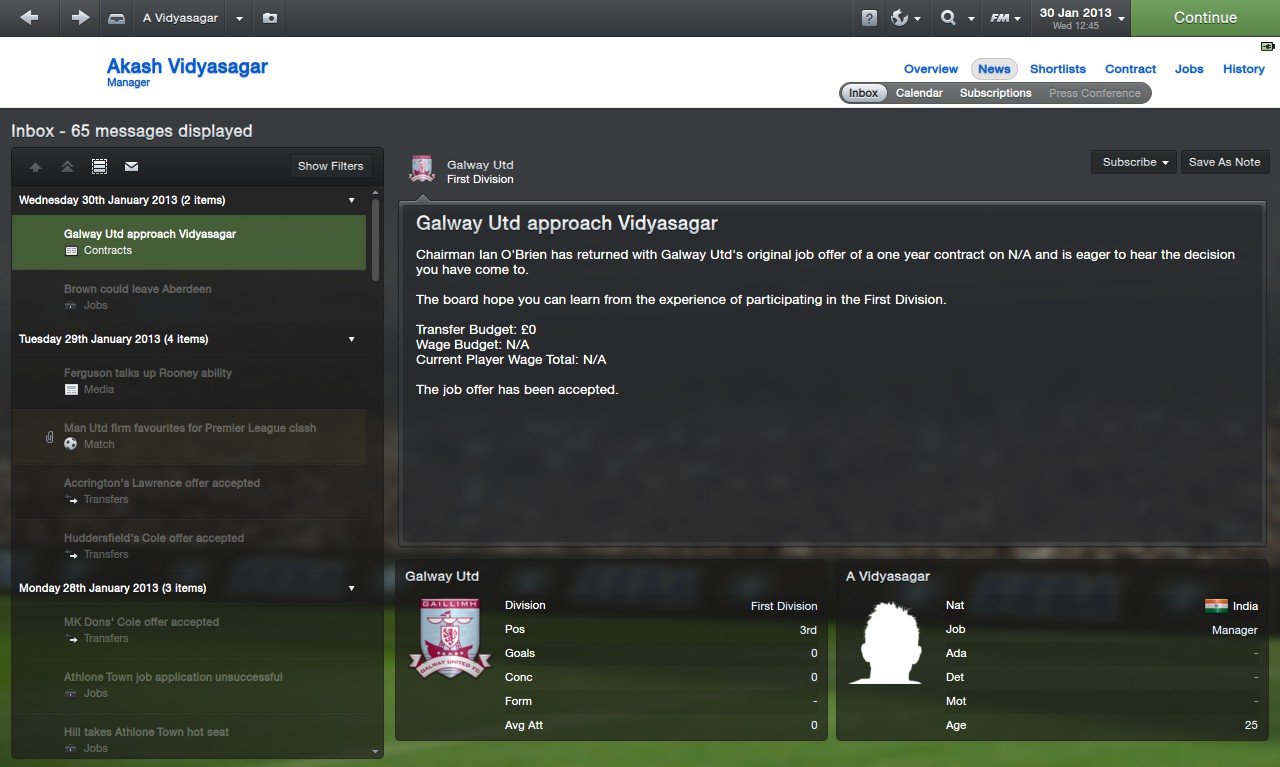 An amateur team in the second division of Ireland seemed like a good place to start. I took the offer up immediately, also because none of the other teams wanted me. 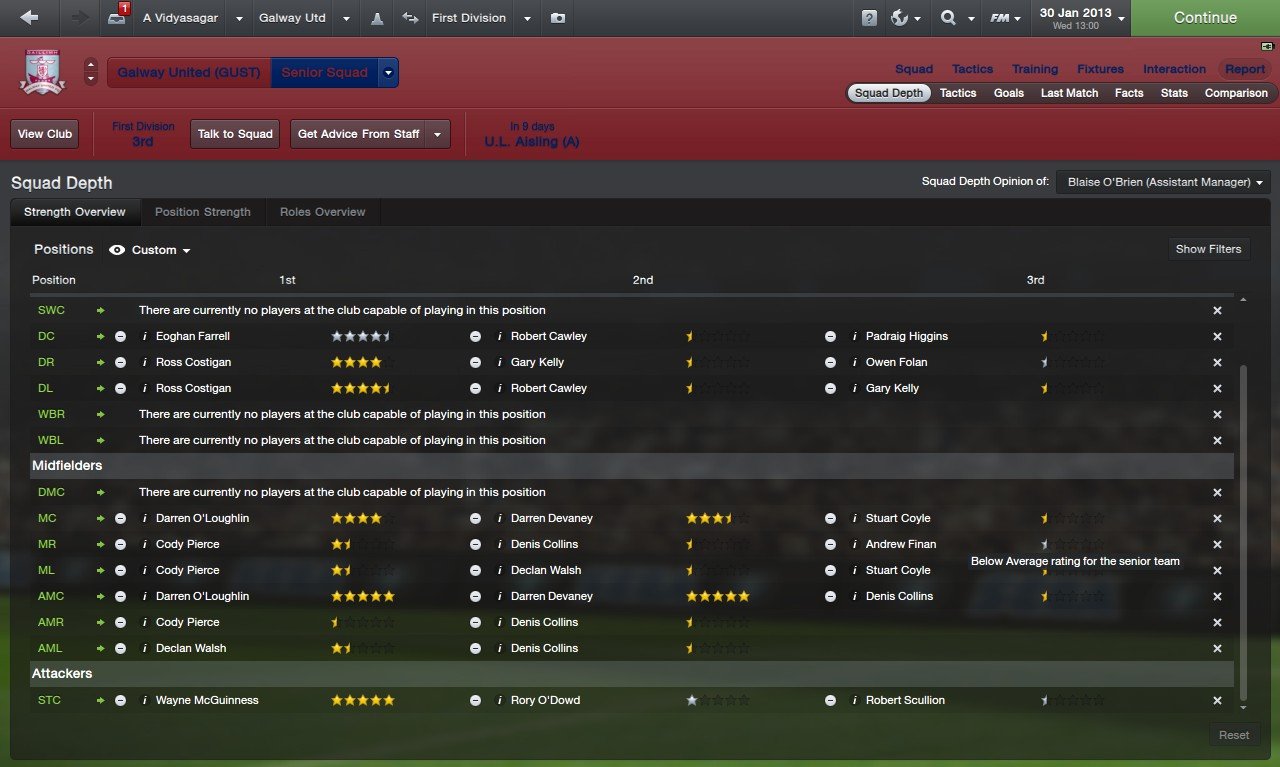 No real team to help me out here, but since this is an amateur team, I can easily buy a couple dozen good players. Of course, I changed all my staff and bought some really good new ones. Also, I got money-making friendlies against Viktoria Pizen B (£16k), Kobenhavn Reserves (£18k), Stoke (£50k) and Fairview Rangers (£1k). There is another month left for the official fixtures, and I've got to start shopping for players now.
Login to Quote

Akash
9 years
James: Everyone has to be from Britain and Ireland. EVERYONE.

Beast: Hopefully, I finish off one or two trophies tomorrow. Can't take "that" long.

Watch out for the Leprachauns, they're not so fond of those looking for the pot of gold at the end of the rainbow

Jer
9 years
Akash will finish this with ease lol!
Login to Quote

Glenn T
9 years
Super Akash is back!
Login to Quote

AussieToffee
9 years
good luck akash, you will need it :)!
Login to Quote