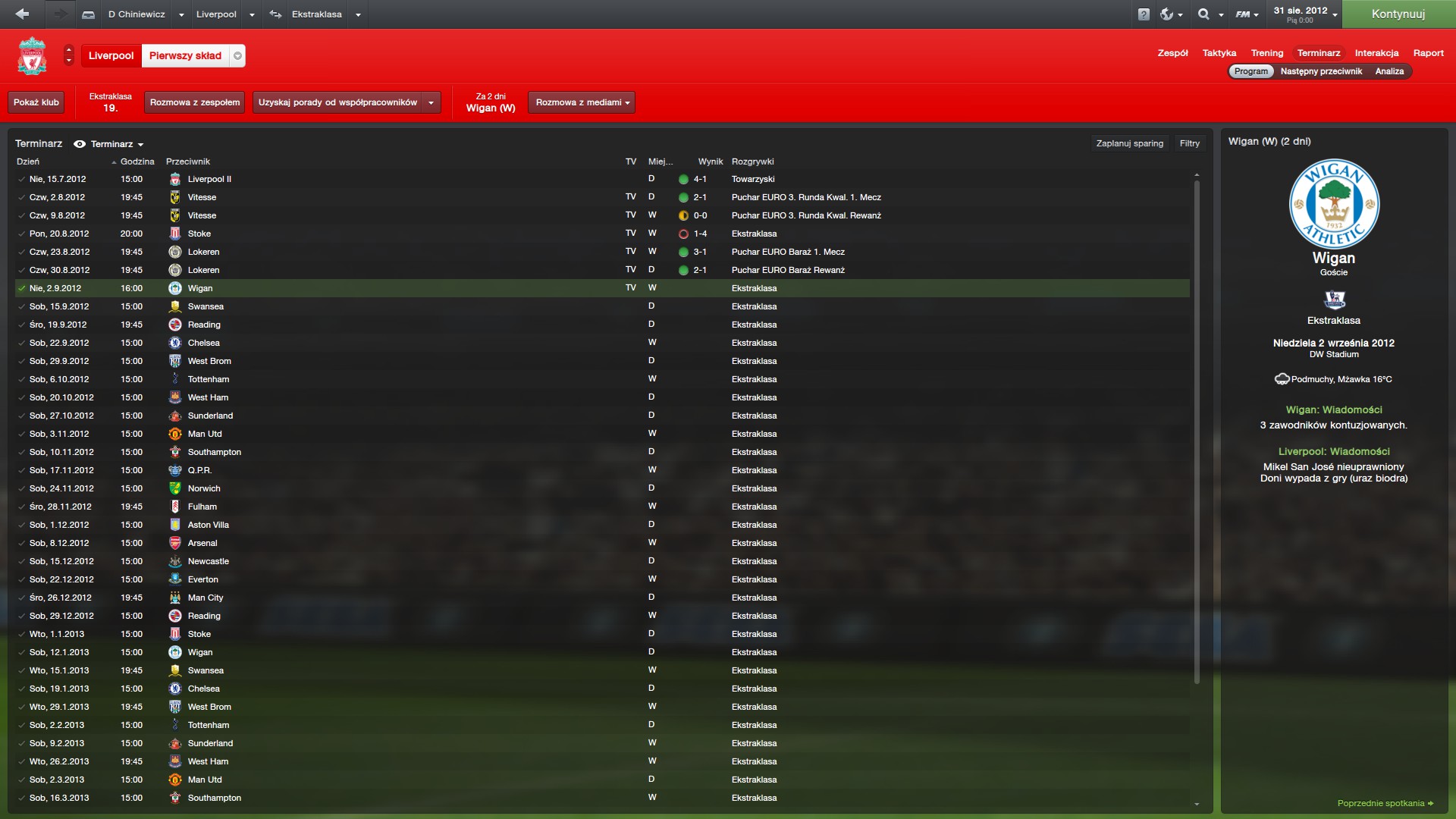 Arvind
7 years
You're an United fan, you should be happy Liverpool are failing.

Jer
7 years
Why did you spend 5 million on Adryan if he has a 875k release clause?

It's possible that he signed a new contract with a bigger release clause.(For example,if you don't grab Fernando from Gremio fast enough, his 6m release clause will be pushed up to 60m or so.) If he went in for him late, he might have already signed a new one, and hence, he'd have to pay more to land him. Although, Adryan doesn't sign a new contract in any of my saves. If I forget to sign him or don't have the money to, he usually goes on loan somewhere for the season.
Login to Quote

Jamesg237
7 years
Good luck with the story but I personally don't like the idea of your profile 'shows' linking to another website - could you not screenshot the attributes yourself?
Login to Quote

Murtagh
7 years
Good luck for your story!
Login to Quote

You are reading "Liverpool - "Reconstruction"".